Bristol Warren Superintendent Ana Riley is initiating a plan to overhaul the district’s Code of Conduct, including taking a more hands-on approach to handling disciplinary actions and phasing out automatic suspensions. 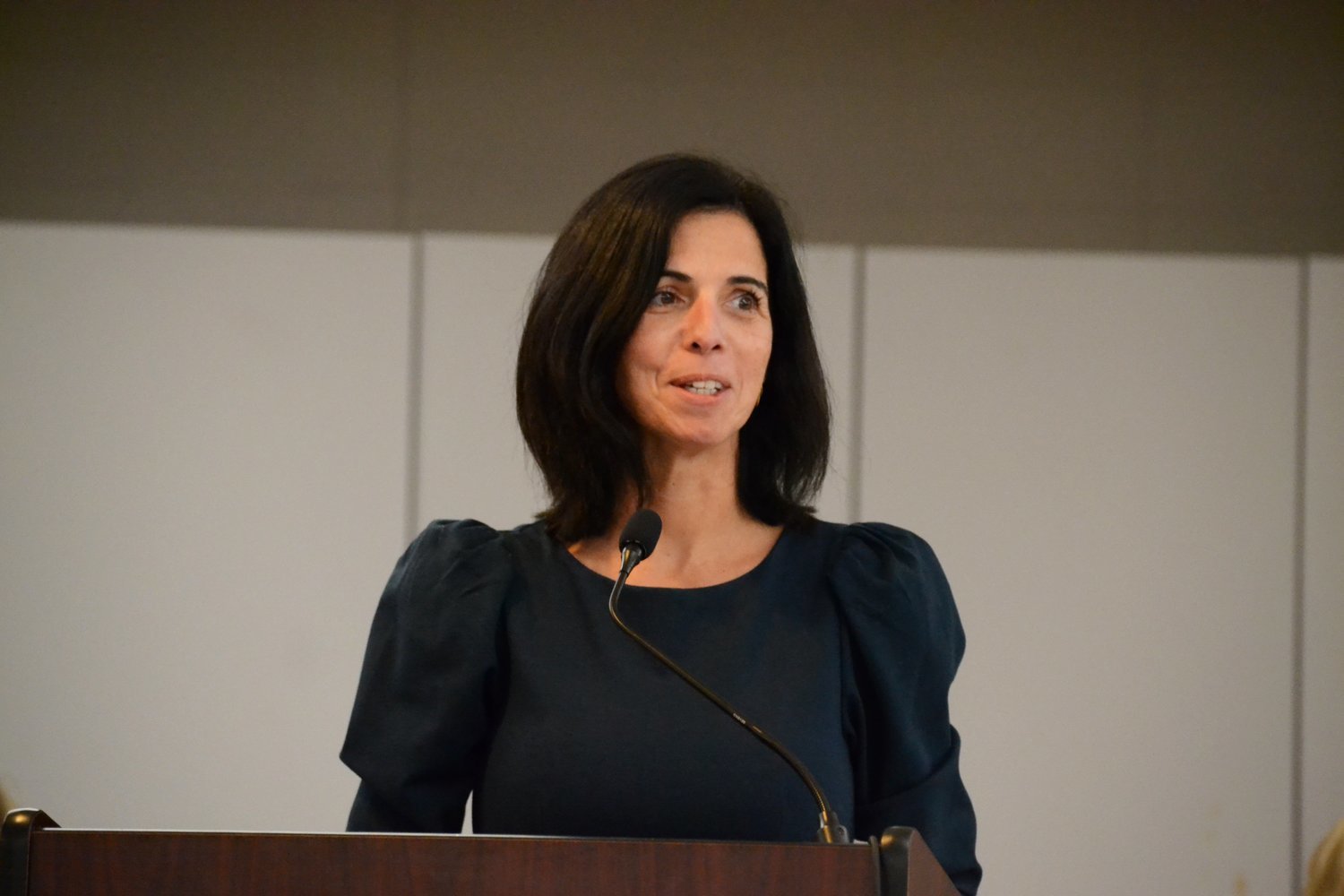 Bristol Warren Superintendent Ana Riley told the Policy & Curriculum Subcommittee that she would be overhauling the district’s Code of Conduct during their meeting on Monday night, including taking a more hands-on approach to handling disciplinary actions and phasing out automatic suspensions.
East Bay Media Group
Posted Thursday, February 10, 2022 8:00 am
By Ethan Hartley

Superintendent Ana Riley received unanimous support from the Bristol Warren Policy & Curriculum Subcommittee during their meeting on Monday night to begin overhauling the district’s Code of Conduct, specifically in how students are reprimanded for behavior that is deemed worthy of punishment.

Additionally, Riley received a verbal commitment from the subcommittee to provide her leeway to forego the current suspension process as it is written in order to take a more hands-on, case-by-case approach to handling disciplinary matters that may have otherwise ended in an in-school or out-of-school suspension while the new policy is being crafted.

“There is no research to support suspension, and I’m not going to just suspend kids because that’s the black and white decision of [the current] code of conduct,” Riley said on Tuesday morning.

Riley said that the first step will be to create a committee comprised of administrators, teachers, students and school committee members to flesh out details of how the new policy should be written, and get buy-in from all parties to ensure that the new approach is taken to heart and implemented in an equitable way.

“We have to build it together,” Riley said. “That’s why, last night, I didn’t present a policy. We have to get at that underlying piece. Even with this [current] punitive structure we have, teachers are feeling there’s not enough support for them with what’s happening in the classroom…We also have to remember that we’re in the middle of a pandemic, which is really just exacerbating all issues. We need to build these supports, and building that culture of respect takes everybody.”

Riley said that any new policy likely wouldn’t be implemented in full until the next school year, as it will take time to train staff and craft the policy’s language.

Building a new culture of respect
The impetus for this reworking of the district’s code of conduct comes from Riley’s belief that the current punitive system does not adequately address the root cause of disruptive and unruly behavior inside school buildings. Instead, Riley believes the current system prioritizes punishment of bad behavior rather than fostering an environment where bad behavior is specifically prevented and discouraged.

“I’m not about removing accountability for all of us, I just think we don’t do a good enough job of talking about what the expectations and appropriate behavior are,” Riley told the subcommittee. “[Students] just know what happens when they do something wrong…I just want to flip the conversation to how we want to be treated, how do we treat others and how do we hold each other accountable for that.”

School Committee Chairperson Marjorie McBride said that the policy currently in place was enacted as a response to a period of particularly unruly behavior occurring in the district, and referenced a specific instance where students did not take action to stop a fight that was occurring. McBride said that the new policy must be crafted carefully and with equity as a goal.

“If we had a culture of respect and accountability, kids not only would have reported [the fight] immediately, they would have also tried to intervene,” Riley responded. “If we don’t build this with the kids and the staff, we won’t ever get there..If we want to improve climate and culture, we have to get everyone on the same page and talking the same way.”

Carly Reich, chair of the subcommittee, said that times had changed since the days when those disciplinary problems were so widespread, and that she was happy to see the new administration willing to change as a result.

“I think we’ve come a long way,” Reich said. “When something changes, we have the opportunity to change with it…I appreciate the flexibility and nimbleness of our administration and community to see something not working and be willing to fix it.”

A multi-tiered, data-driven approach
School Committee member Nicky Piper said she appreciated the attempt to rework the code of conduct, and inquired as to how the administration would go about analyzing the current environment of disciplinary issues and ensure that unequal treatment of students is not occurring.

Riley said that the district will be able to utilize technology, such as the ASPEN software used for tracking disciplinary behavior, and the electronic hall pass tool that is used to log when students leave their classrooms, to create a fuller picture of when students get into trouble and where they get into trouble.

Most importantly, the new policy will center around taking a more careful and targeted approach to find out why they got into trouble in the first place.

This approach is a framework known in educational circles as MTSS — multi-tiered systems of support — which takes a more comprehensive, personalized approach to helping students who are struggling. Riley said that MTSS was utilized for all facets of education when she was superintendent of Portsmouth schools, including academic, social emotional and disciplinary issues. Bristol Warren, she said, has only been using MTSS for academic support and mental health issues among students.

“We want to shift to using that same model of thinking for disciplinary purposes,” she said. “Why did the student do this? What led up to this event? How could we prevent this event, and how can we support the student to make sure this doesn’t happen again?”

Riley believes that taking a more personalized approach is not only the best way to create a more respectful district, it is also the most sensible approach for a district the size of Bristol Warren.

“We have such a homey, nice small district that this [current policy] feels very incongruent with that, and it’s not personalized in the way I would like to see it,” she told the subcommittee.

ACLU weighs in
Mt. Hope High School recently came under scrutiny from the Rhode Island ACLU following a letter that alleged discriminatory practices in its suspension policies. Data they presented from RIDE showed that although Black students made up less than 2 percent of students at Mt. Hope, they accounted for nearly 10 percent of out of school suspensions at the school.

Upon hearing of the district’s plans to rework their disciplinary policies, ACLU policy associate Hannah Stern said that this was “an excellent first step” towards creating educational equity within the district.

Stern said that the ACLU will be looking closely at the policy as it is crafted.

“We’re really glad to hear that the district’s intentions are to look at their use of out-of-school suspensions in a more wholistic way,” Stern said. “That is a huge core of educational equity…This is a great first step in addressing the systemic issues throughout their disciplinary data.”