Multiple school committee members in Bristol Warren are taking heat for their decision to not wear masks during meetings, despite an ongoing state mandate to do so. 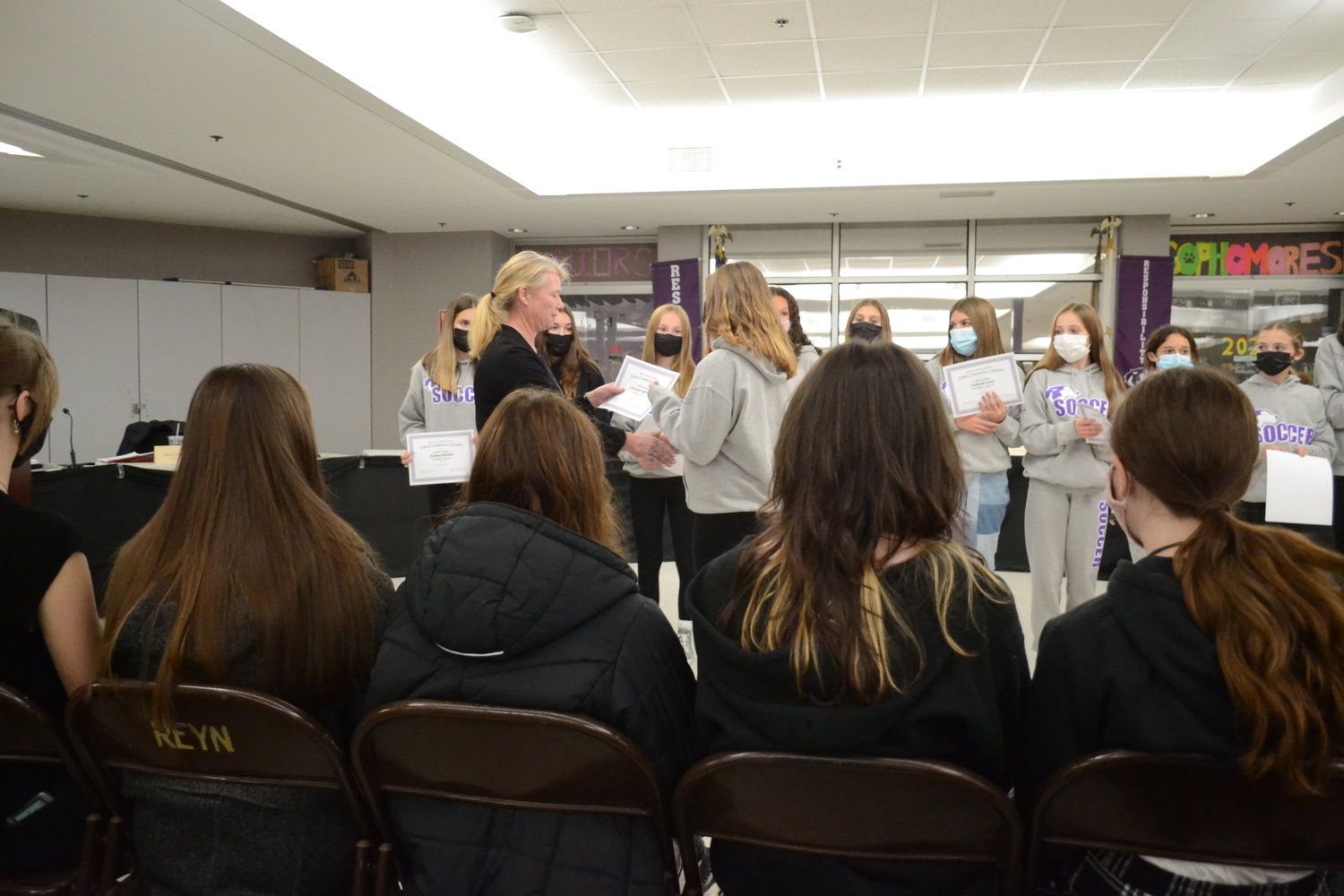 As each student made their way to the front of the room (packed to capacity with proud parents and family members), Thibaudeau insisted on shaking the hand of each recipient, and performed the entire ceremony while not wearing a face covering.

The scene brought a rebuke from many, including concerned parents who approached a reporter following the meeting, phone calls, emails and letters to the editors coming in throughout the proceeding days. One letter, running in today’s opinion section, called the decision “exceptionally irresponsible,” while another deemed it “unconscionable” that members of the school committee leadership would fail to adhere to a mask mandate, particularly in the presence of young children.

These messages have largely singled out Thibaudeau, Secretary Victor Cabral (who also read off a long list of kids who had exceeded RICAS expectations while unmasked and in close proximity to school principals and students), and Treasurer Sheila Ellsworth, who also went unmasked for the duration of the meeting.

It was mentioned by one concerned parent that school committee secretary Dianne Campbell had specifically announced to the room — filled with many people who were not wearing masks — that there was a mask mandate enforced while within school buildings. Very few listened to the proclamation.

Reached on Tuesday afternoon, Thibaudeau said that she had personally received criticism from members of the public regarding her decision to not wear a mask, but that such a decision was one of personal choice.

“It’s my personal preference. That’s all. It’s not more than that,” she said. “I don’t want to make more of it than it is. People feel differently about COVID and they have every right to feel how they feel about it. I just want that also. I’m not compromising anybody. I’m not asking anybody to think like me or act like me. It’s a personal preference.”

Is there a mask mandate in Bristol Warren?
Thibaudeau said that she was under the impression that masks were required during the school day — a policy that she claims to adhere to when school is in session — but that to her understanding, that mandate does not extend to afterschool hours during events such as school committee meetings.

She also claimed that she was not aware of the announcement made by Campbell during last Monday’s meeting, as the committee was seated in executive session at the time. However, a similar announcement has been made on multiple occasions before the full committee in public sessions, including more than once by Chairperson Marjorie McBride — who sits next to Thibaudeau and has gone so far as to once halt a meeting on Aug. 30 until unmasked members of the public relented and put on a mask or left the school.

There is no written mask policy that has been voted on by the Bristol Warren School Committee. They voted to adhere to Governor Dan McKee’s original mask mandate made back in mid-August, but have not adopted a policy of their own since.

On Nov. 12, Governor McKee extended his original school mask mandate until Dec. 11. The extension carries with it the original language of the mandate, which states that all school districts without their own mask mandate policies must defer to Department of Health regulations. The Department of Health mandate simply states that “It is required that all students, staff members, visitors, and vendors wear a mask when entering and while within LEAs.”

The Rhode Island Department of Education, in its own policy book about COVID policies, specifically mentions that, “Masks should be worn in all K-12 facilities at all times, regardless of whether school is in
session, including for: School committee meetings; and Professional days when students are not present.”

When presented with this information and asked if it would convince her to wear a mask during future meetings, Thibaudeau said that she would look into it.

Thibaudeau urges different priorities
During the same interview on Tuesday, Thibaudeau lamented that concern over mask wearing and other issues that have grabbed attention in recent months was usurping more important educational issues.

“I want to be spending my time on making a difference and changing the things that are wrong,” she said. Talking about masks and racism and discrimination, it doesn’t fix the actual problems that our district is facing. Finances, faculty and staff, student and teacher absentee rates, enrollment numbers dropping. All of these things, they’re not even discussed. I want to start focusing on what’s really important.”

Editor's note - During her interview, Thibaudeau included additional examples of what she considers more important priorities over masks, including: "Academic learning loss due to no direct teaching during COVID quarantining; 2.  Safety and discipline - behavior issues, respect issues, violence, vandalism, just to name a few;  3.  Educating the students that will not be attending or graduating from college (over 50 percent of our graduates);  4.  Academic improvement - rigor, test score, educational plan. "