Renae Cicchinelli and parent volunteers wanted to raise enough money to save the high school boys indoor track program. They exceeded all expectations. 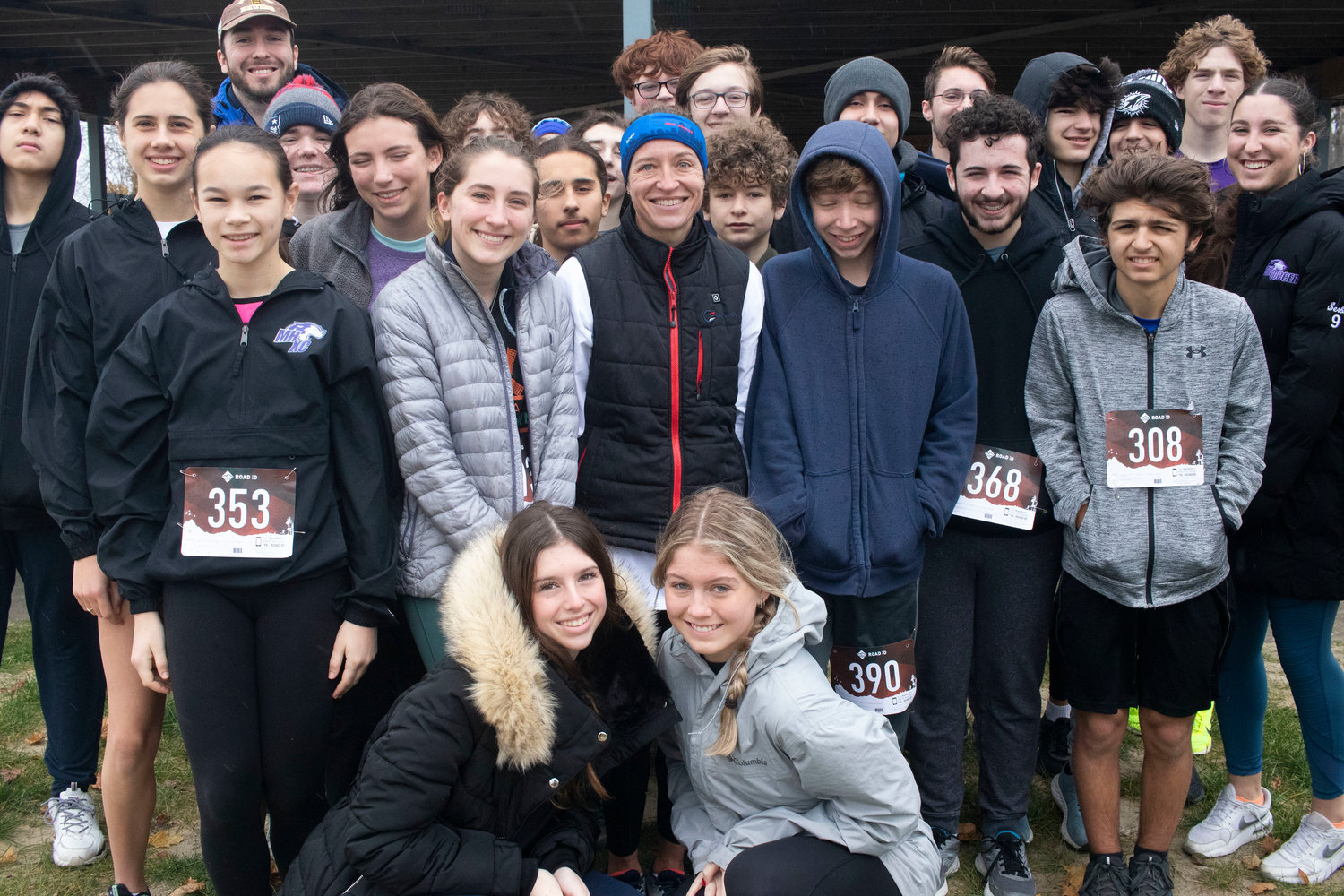 Members of the boys and girls indoor track teams pose for a photo with coach Renae Cicchinelli (middle) before the race.
Richard W. Dionne Jr. 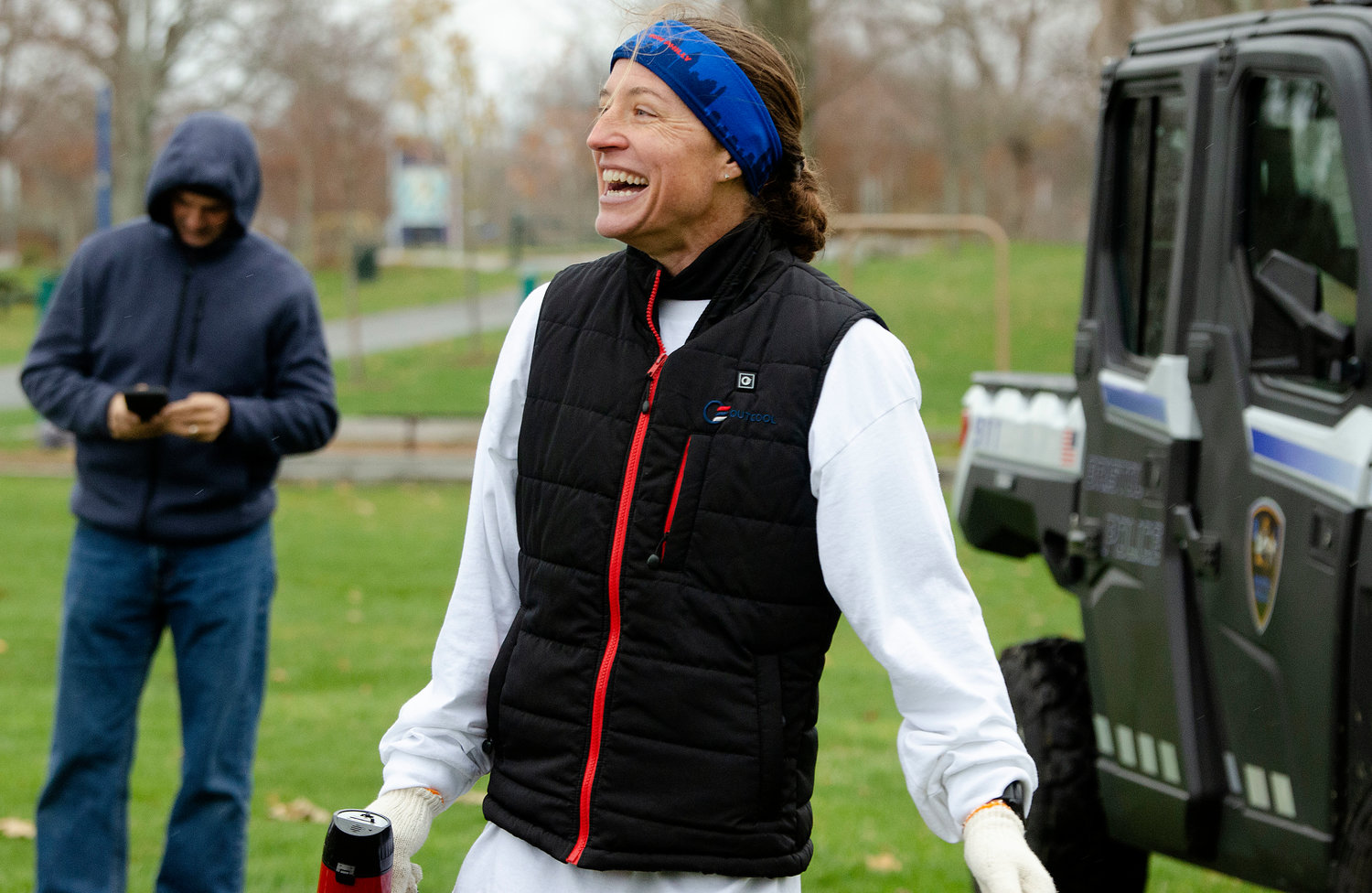 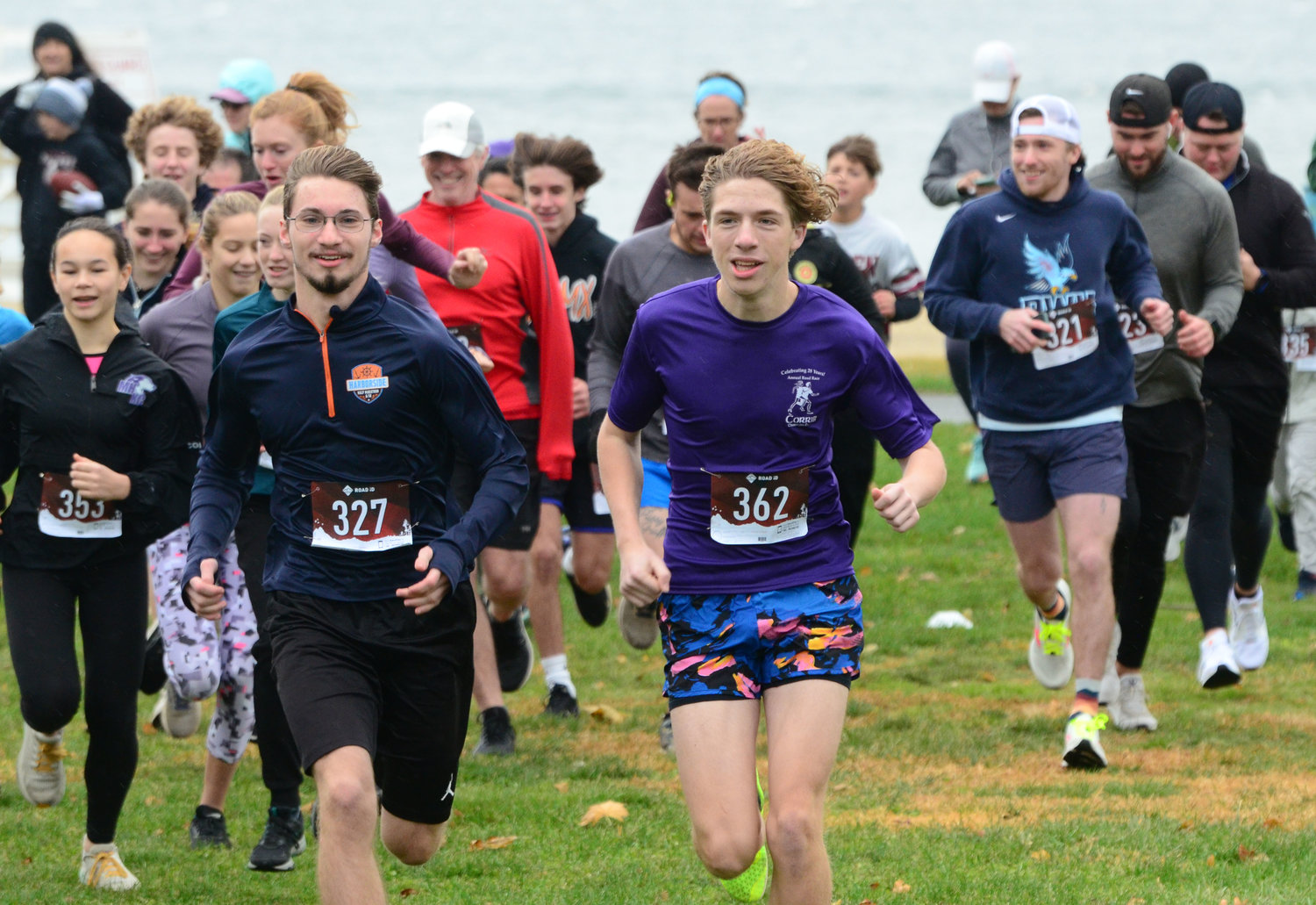 Renae Cicchinelli has a runner’s mindset when it comes to achieving a goal. The former Roger Williams University track coach, and a standout runner herself, has proven that since joining the ranks of Bristol Warren’s track program.

She has seen a huge surge of growth at the middle school level, where participation predictably shrank during Covid but has rebounded to its largest numbers in recent memory.

“This past season we had 50 kids from middle school, and the boys high school cross country team jumped from six boys last year to 20 this year,” she said in an interview on Monday. “So the numbers have just exploded and the kids just absolutely love it.”

With that level of interest in cross country at the high school level, Cicchinelli foresaw a problem going into the winter months. While the high school maintains an indoor track program for girls, the program for boys had been priorly removed from the budget due to low membership.

“All of those kids are gonna want to run indoors and then any other kid out there that doesn't have a winter sport, you know, it would be great if they would run indoors well, so they can get ready for their other sports in the spring,” she said.

So Cicchinelli got to work to remedy that problem.

“I said, well, I can raise the money, and I'm pretty sure we're gonna have the numbers,” she said. Cicchinelli’s persistence earned her the approval to raise money towards reestablishing boys indoor track as a club team at Mt. Hope.

An outpouring of community support
Beginning at the end of September, Cicchinelli and a group of parent advocates for the team formulated their plan to raise money from the community, centered around a fundraising race — the aptly-named ‘I’d Rather Be Indoors’ race which utilized the outdoor cross country team’s route around the Bristol Town Beach — to help them reach their goal.

Come race day this past Saturday, the group was able to raise over $6,000 prior to expenses and got 97 signups for the race. Donations and donations in-kind came from everywhere imaginable. Prica Farina in Warren donated pasta, Bristol Bagel donated bagels, Potty John donated porta-potties for the race.

Another huge chunk of the total — around $1,400 — came from individual, small donations. It showed to Cicchinelli how important the track program was to a wide swath of the community.

“Everybody, whether they donated or not, they had a story about track. They either had a neighbor that was running or they ran when they were young or their kid was running or whatever it was. It was just so positive that it just it really kept you going,” she said. “The community just came together donated money, donated food, donated water and were just so supportive.”

An important program on track for restoration
Cicchinelli said that the huge success of the fundraiser clearly demonstrated the desire for the program to return to a full team status at Mt. Hope next year. She wasted no time asking for it to be included in next year’s budget.

“I was told that as long as we have the school board to back us and we have the funds, we we were going to be pushed to be put in the budget,” she said.

She talked about how the program worked to instill confidence in kids, whether starting from the middle school level or throughout a high school tenure.

“What we promote at the middle school level and we continue it through at the high school level is a positive attitude, good sportsmanship, hard work, and having fun and that's what we do at practice every day,” she said. “And it really catches on. Not only has it caught on with the students, but the parents too.”

Molly Scarborough, a mother of multiple boys who participate in the track program at the middle and high school level, certainly agrees with that.

“My kids are runners and to see what she has created in them is just remarkable,” she said. “I don't know what she does during practice because somehow, they come out of it and they are sweating and nasty and yet they just love it…My other son is a seventh grader who literally hated running, but since he joined he’s now signing up for his own 5Ks and enjoys running and competing and finding his own personal goals within that.”

“And that's just great to see that they are competing within themselves and finding their own goals and striving to individual successes,” Scarborough continued. “She [Cicchinelli] doesn't ever make anyone feel like anyone is better than the other. It's just a great opportunity.”