For obvious reasons, 2020 was one for the record books, and housing sales certainly stood out among them. With more single-family home sales than ever before, Rhode Island’s housing market … 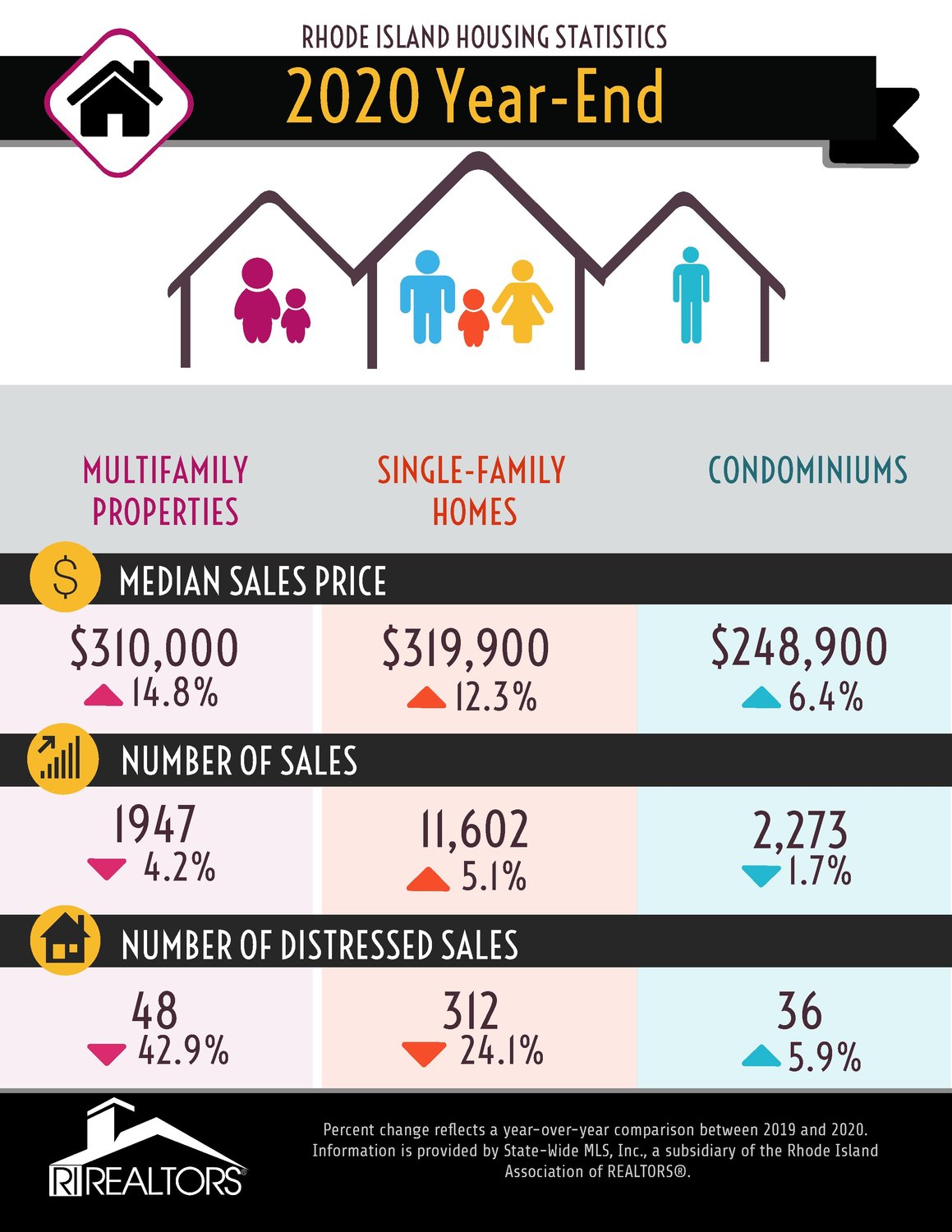 The price and volume of single-family home sales rose significantly in 2020, and prices rose in the other categories of multi-family and condominium sales as well. Note the decreases in the number of distressed sales — likely a result of banks being reluctant to initiate foreclosure actions against homeowners during the pandemic.
Posted Thursday, February 18, 2021 1:49 pm 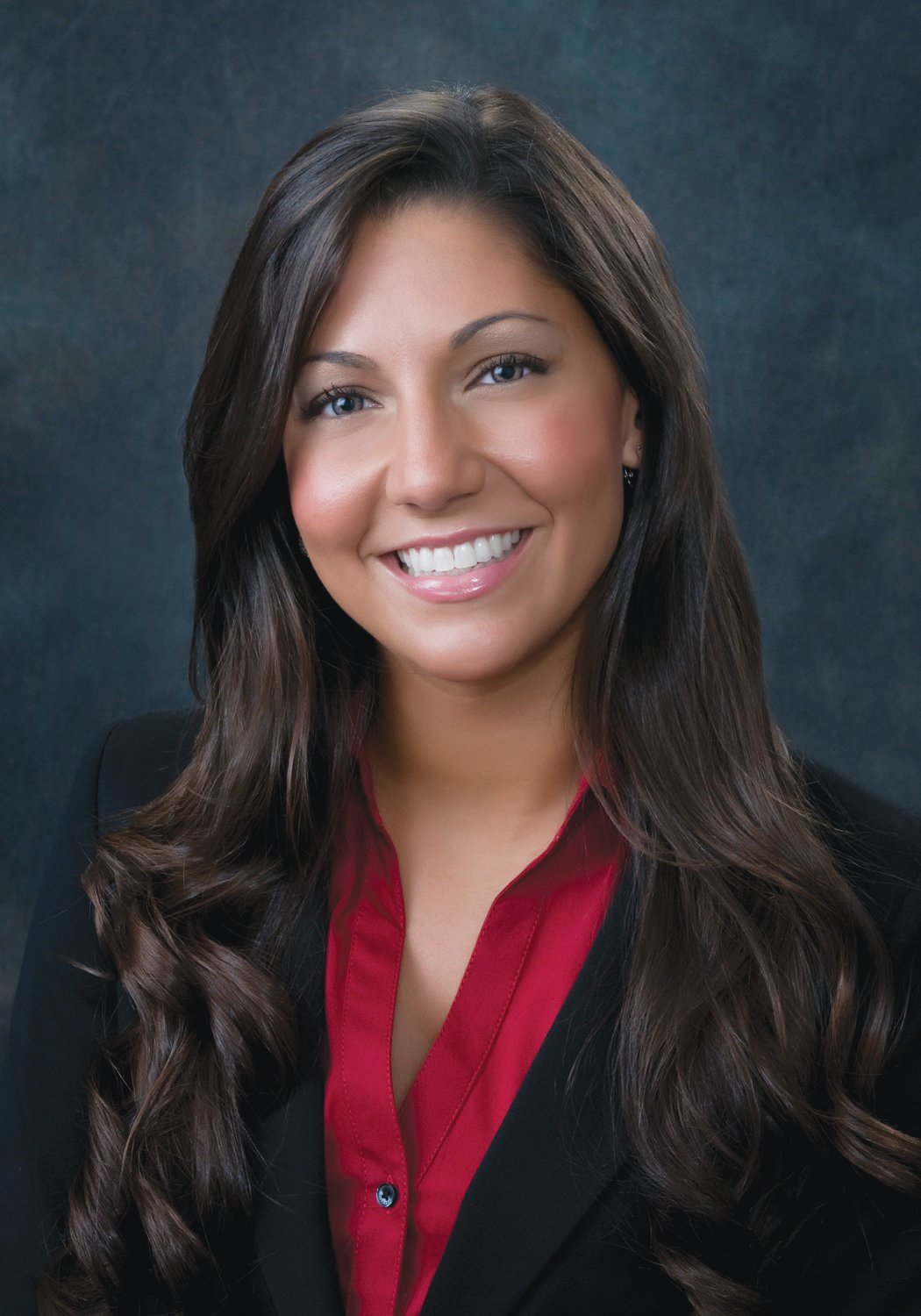 Leann D’Ettore, president of the Rhode Island Association of Realtors

For obvious reasons, 2020 was one for the record books, and housing sales certainly stood out among them. With more single-family home sales than ever before, Rhode Island’s housing market soared despite a worldwide pandemic and historically low inventory levels.

Sales statistics released last month by the Rhode Island Association of Realtors, point to a single-family home market which saw a year over year gain of 5.1 percent in closed transactions and an increase of 12.3 percent in median price.

At the same time, an already low supply of homes for sale at the beginning of the year dwindled further, falling from 2.6 months of inventory in January to 1.4 months in December. With a six-month supply typically touted by industry experts as a market balanced between supply and demand, the inventory shortage led to fierce competition among buyers. Demand was fueled by historically low interest rates and the desire for newly sought-after amenities, thanks to the coronavirus.

“Today’s buyers are vastly different than those we were dealing with a year ago. They’re looking for more space, home offices and a lower cost of living – all thanks to the ability to work remotely,” said Leann D’Ettore, president of the Rhode Island Association of Realtors.

Housing shored up the economy in 2020

“This year has been a wild ride. When COVID hit, Realtors quickly had to figure out a new way to serve their clients, and we had no idea what was in store. Looking back, I’m amazed at how quickly we adapted to keep up with the unprecedented demand. The housing market is a huge economic driver, so it was critical that we navigated what was going on quickly in order to keep feeding that economic engine,” said Ms. D’ Ettore.

According to a 2019 Economic Impact report by the National Association of Realtors, the latest available, the real estate industry accounted for $11.6 billion in Rhode Island, or 18.2 percent of the gross state product in 2019. Given more sales in 2020 than 2019, Rhode Island’s housing market played an important role in buoying the local economy through a tumultuous year.

Out-of-state buyers added to the demand in Rhode Island’s housing market as urban dwellers and those suddenly able to work remotely flocked to lower cost, yet desirable areas. Coastal locations were a big draw, as were properties with more space and home offices.

In an analysis of out-of-state buyers of Rhode Island residential properties in 2019 versus 2020, Massachusetts, Connecticut and New York sent the most buyers to the Ocean State, with the percentage of buyers from New York rising 61 percent from year to year and 32 percent from Massachusetts. Connecticut was one of the few states which sent fewer buyers to Rhode Island last year.

The percentage of out-of-state buyers rose most dramatically in the luxury market. New York buyers of Rhode Island properties sold from $1 million and more increased 200 percent from 2019. Buyers in the same price bracket from Connecticut increased 50 percent year over year, and Massachusetts buyers increased 32.5 percent.

“At a time when many people were suddenly able to purchase their dream properties because they weren’t tethered to their location by their jobs, Rhode Island had mass appeal. Our lower cost of housing, open space and coastal location, all within a few hours driving distance of New York and Boston, attracted an unprecedented number of high-end buyers,” said Ms. D’Ettore.

The analyses of overall and luxury sales by out-of-state buyers examined only the second, third and fourth quarters of 2019 and 2010, in order to measure the difference in the timeframe affected by the pandemic.

All sales data was provided by the State-Wide Multiple Listing Service, a subsidiary of the Rhode Island Association of Realtors, and reflects all property sales transactions conducted by Realtors through its listing exchange service.