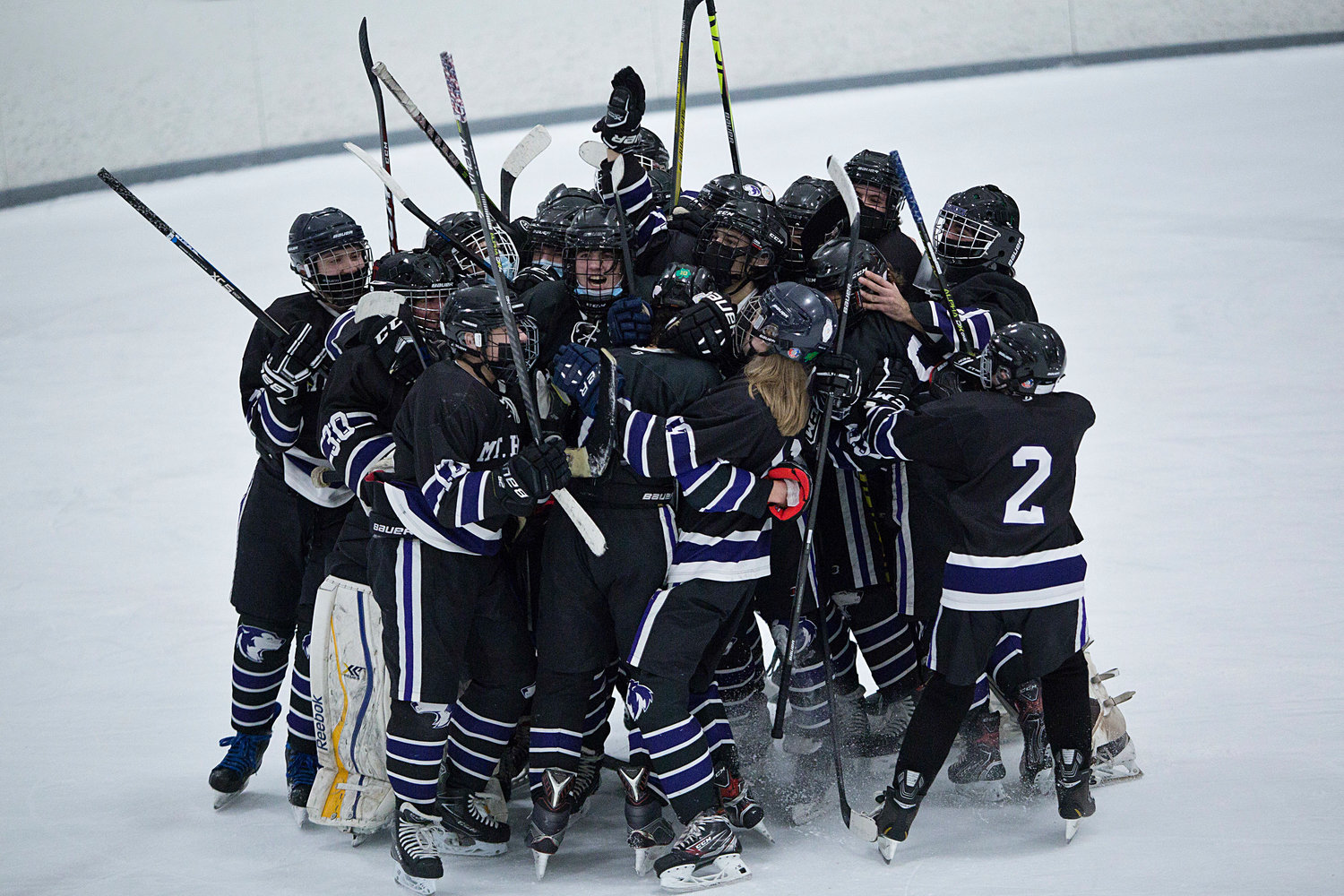 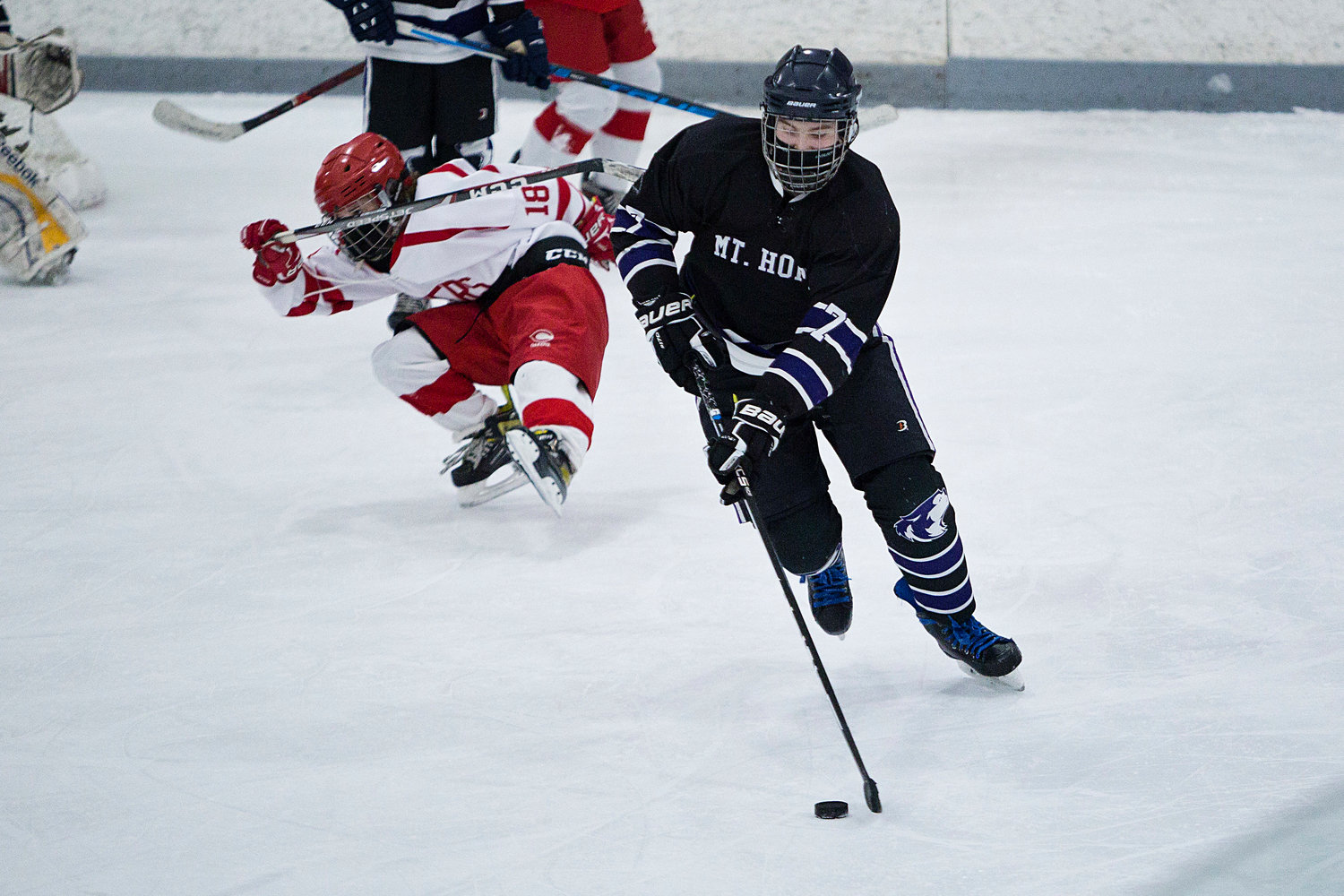 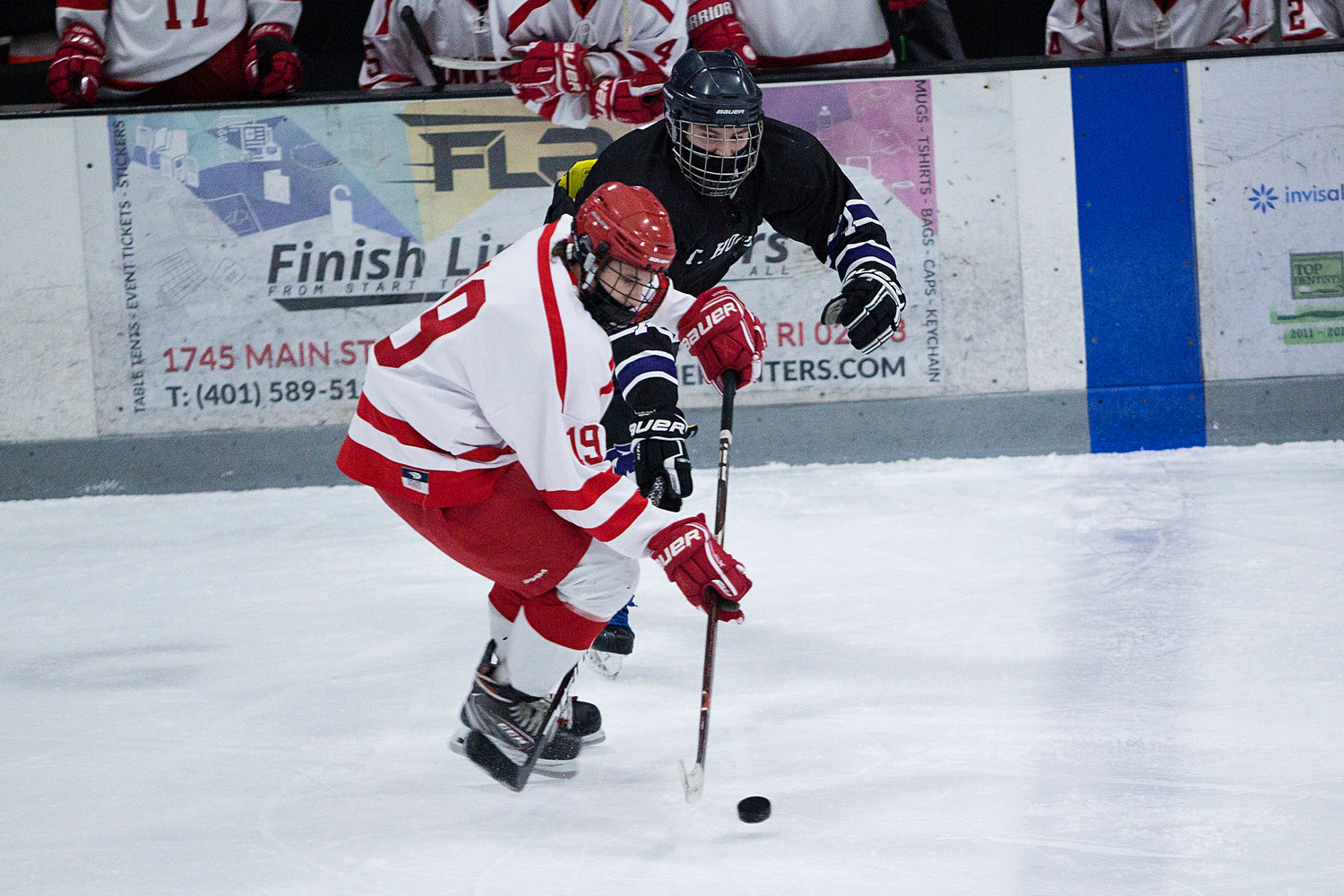 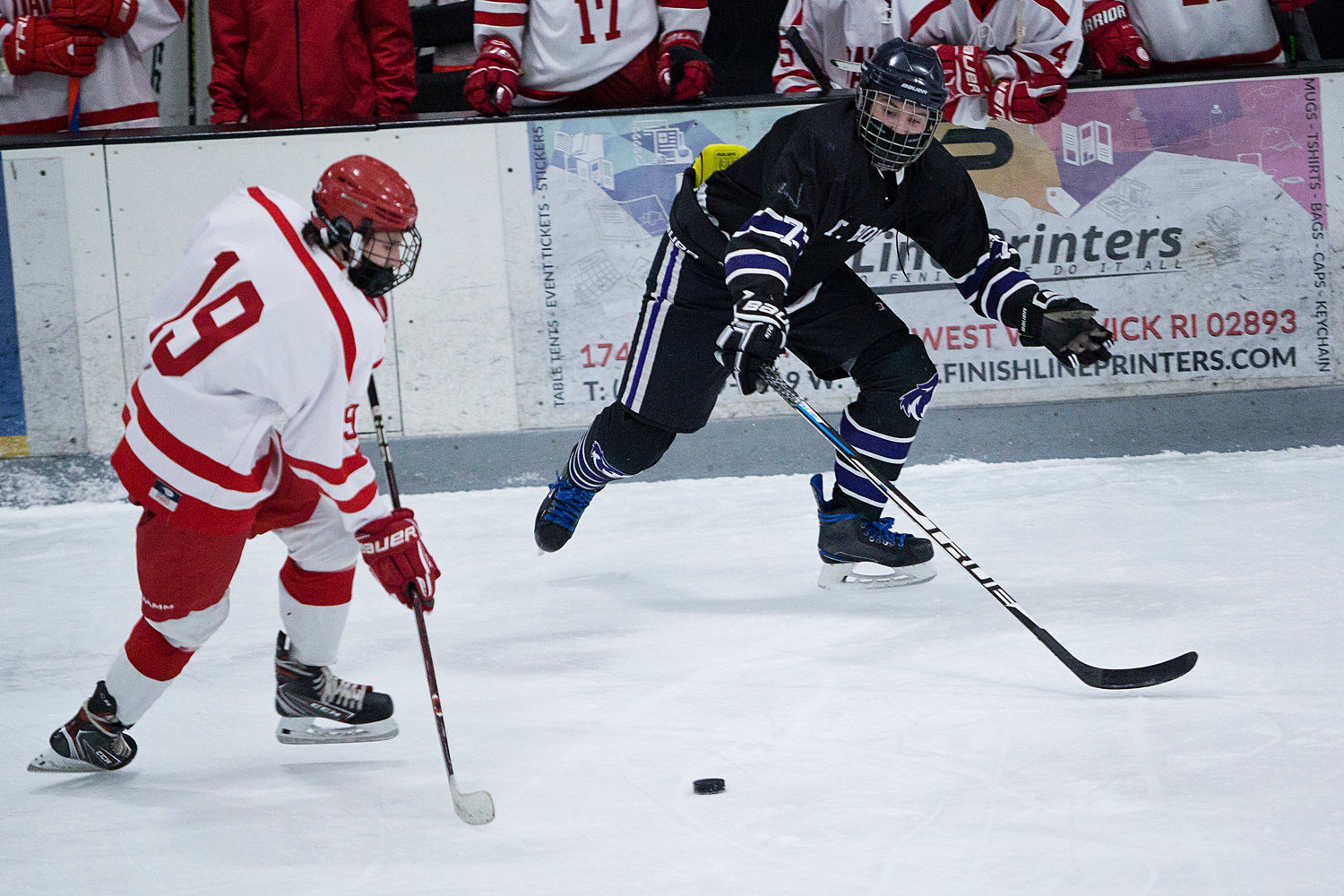 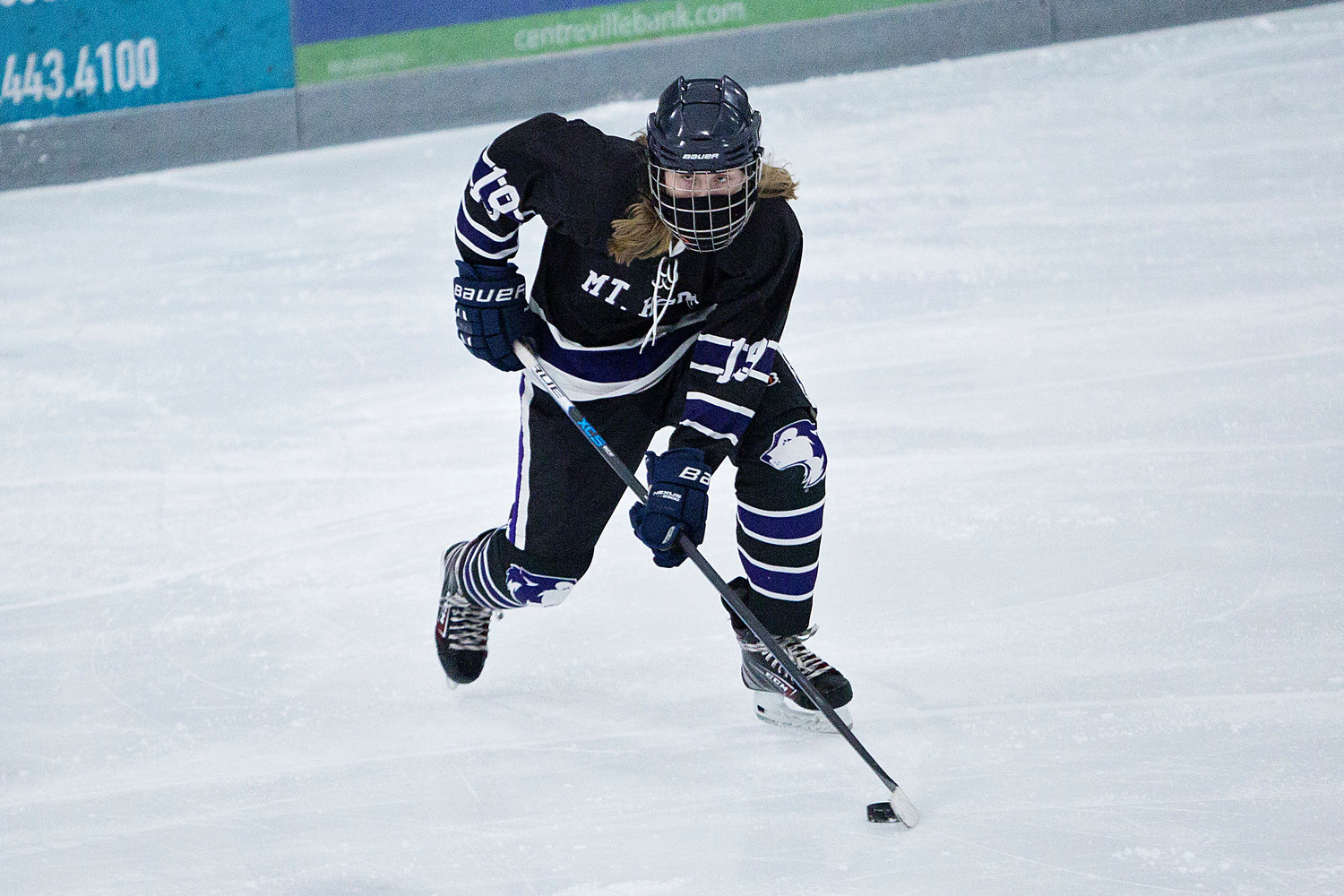 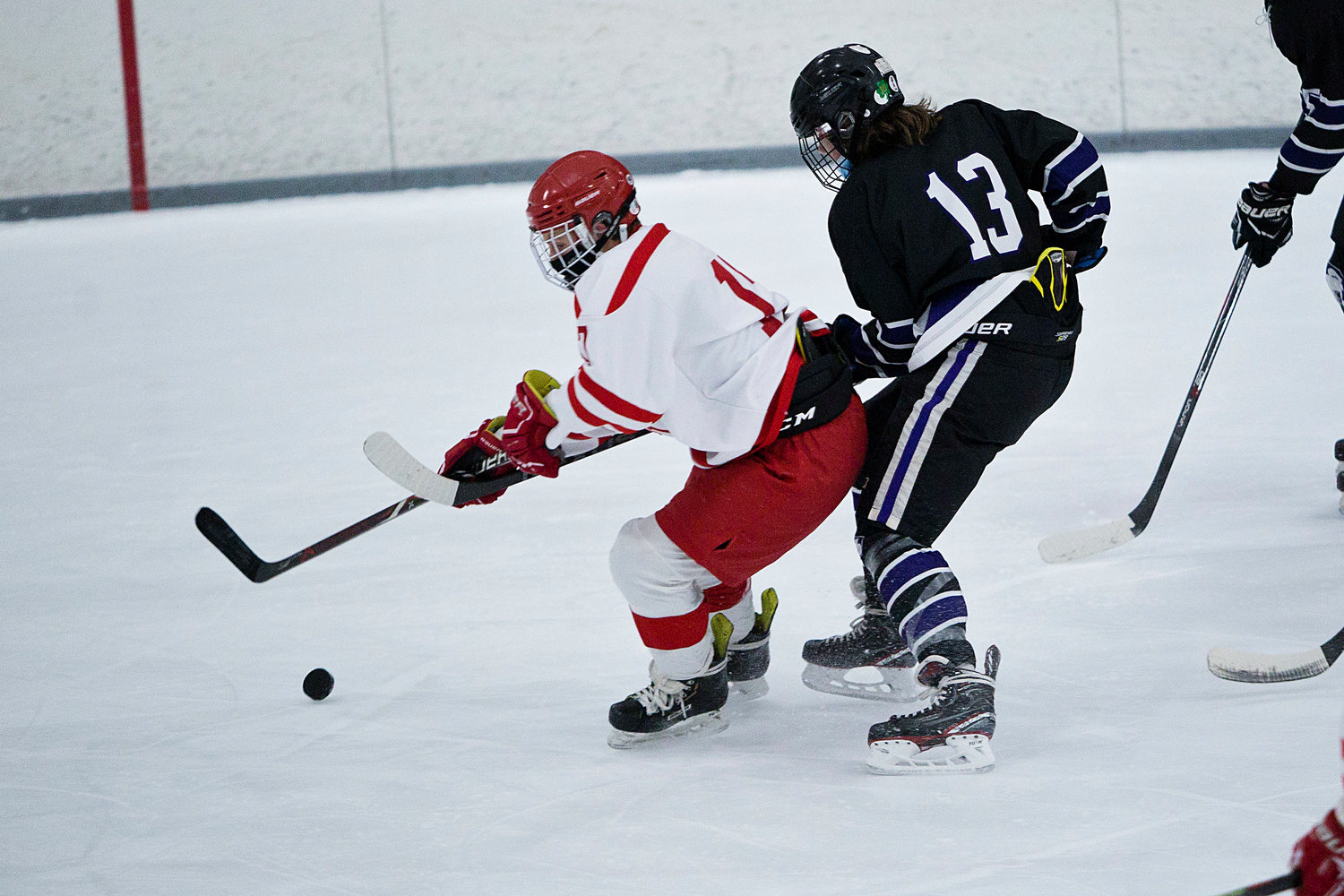 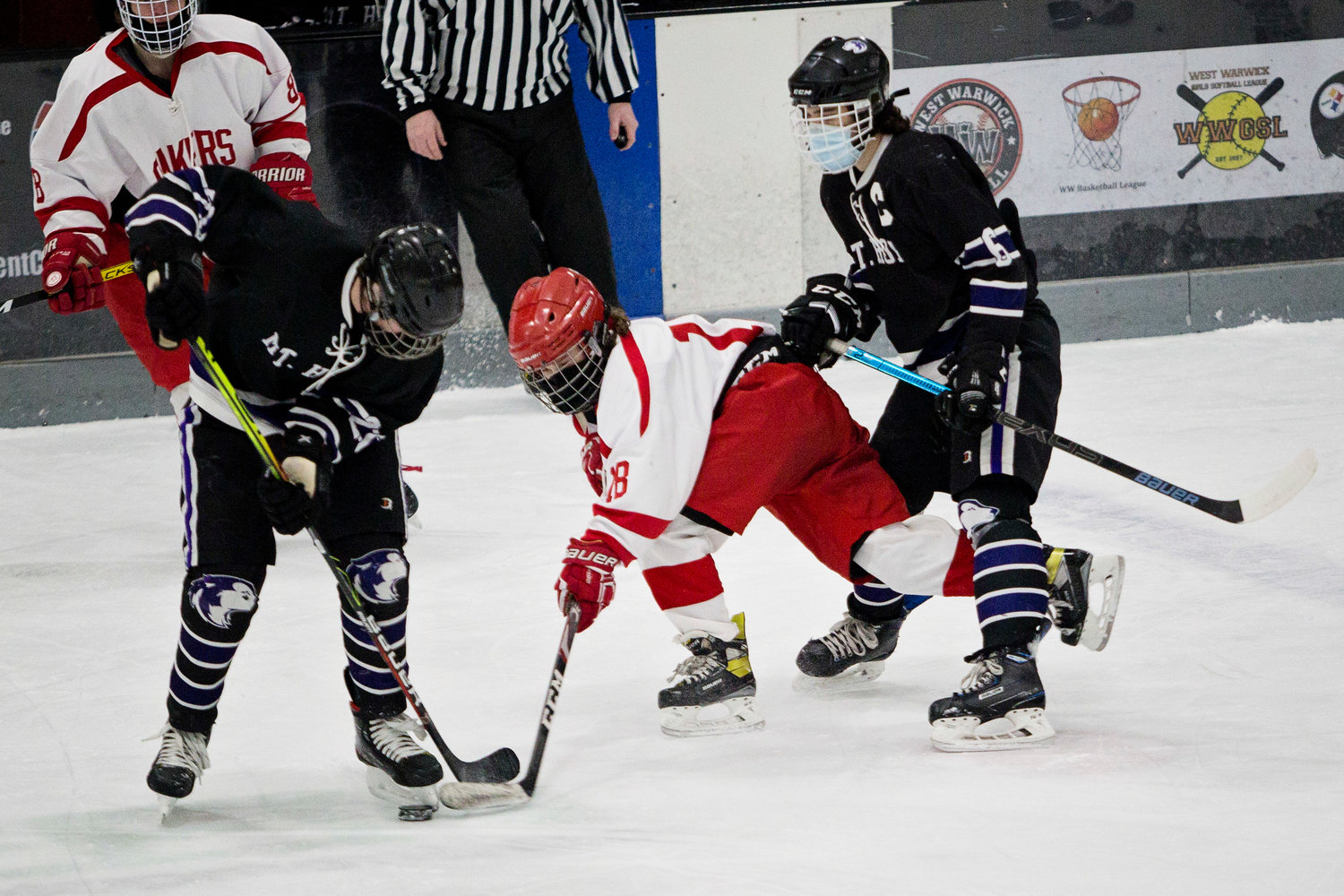 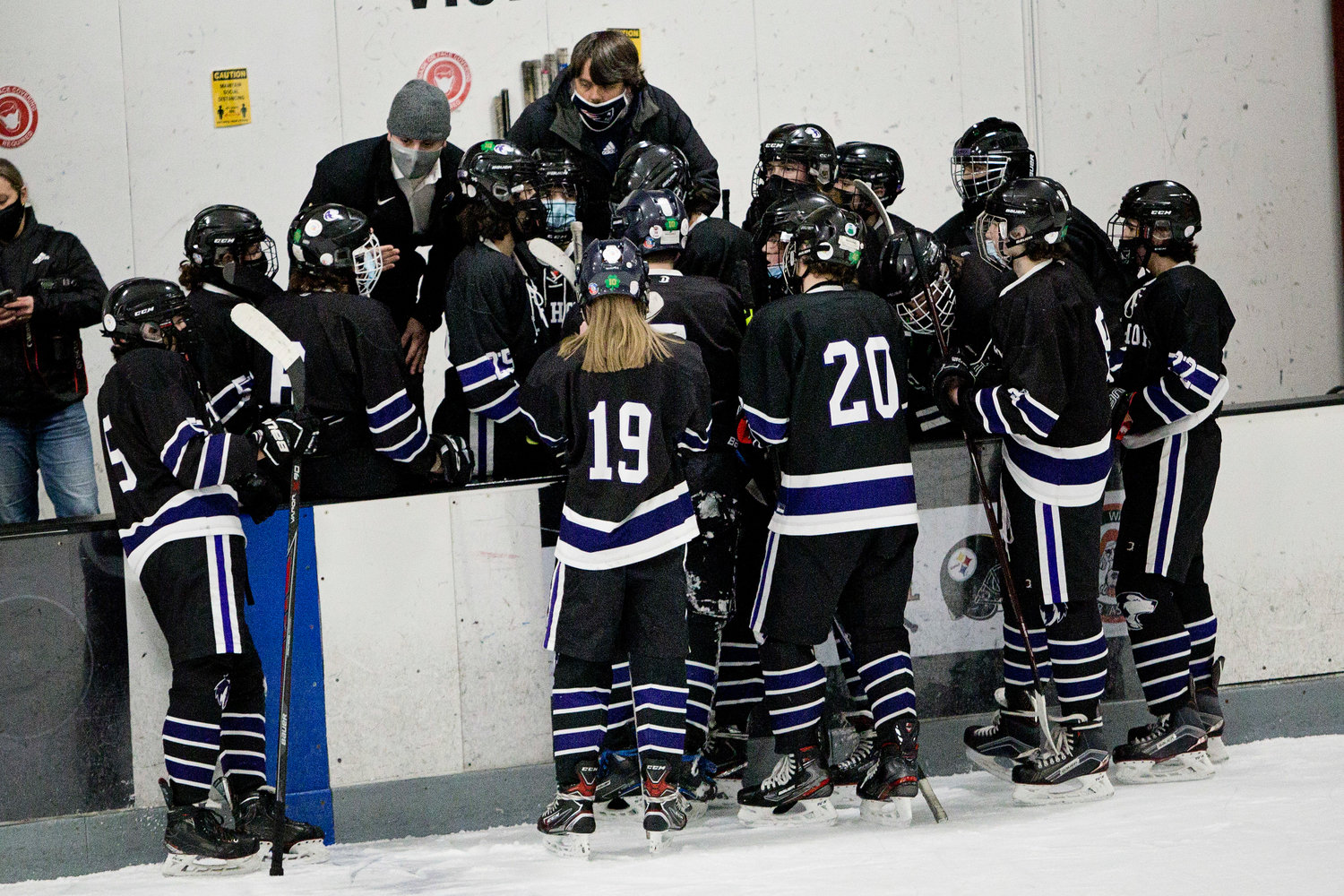 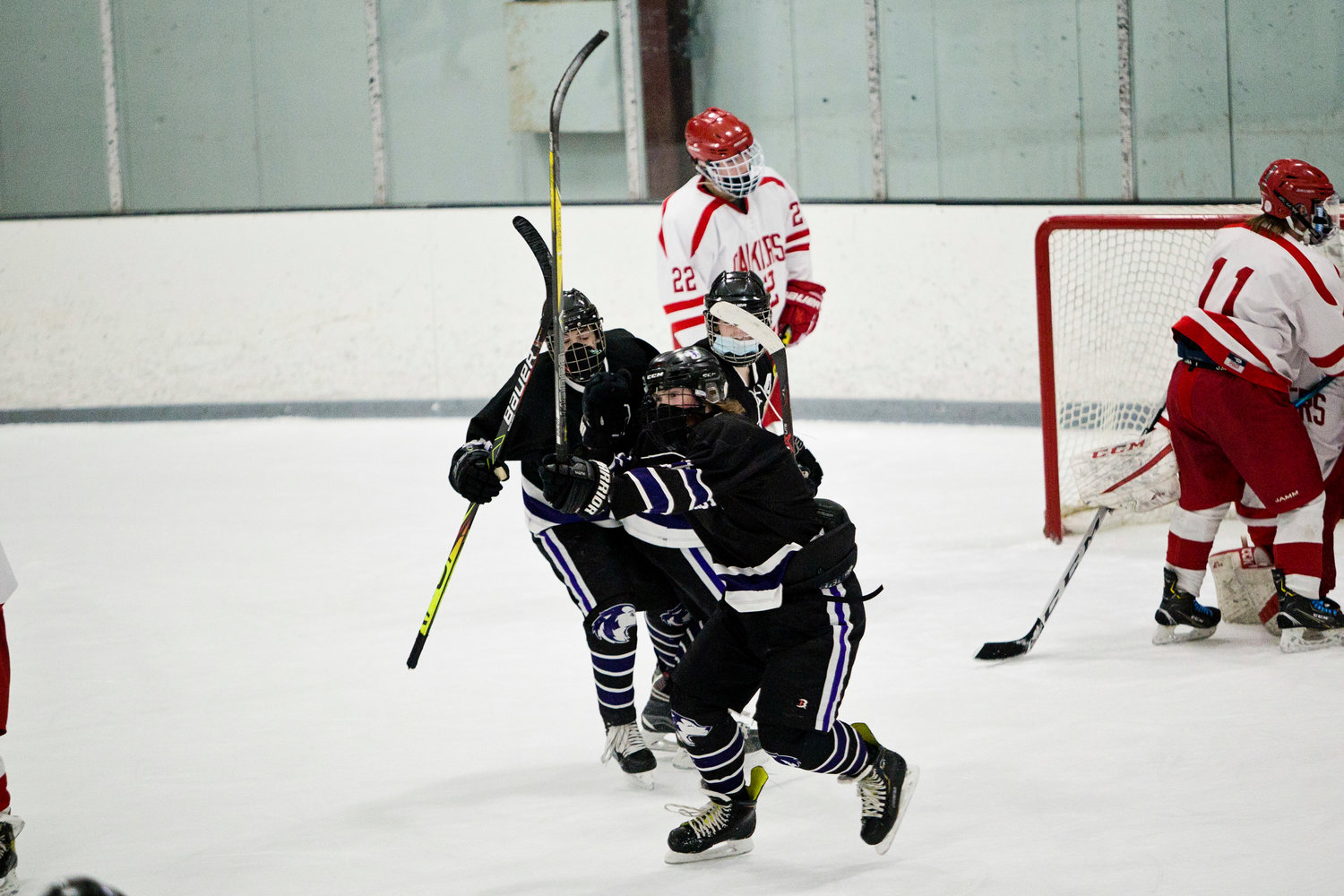 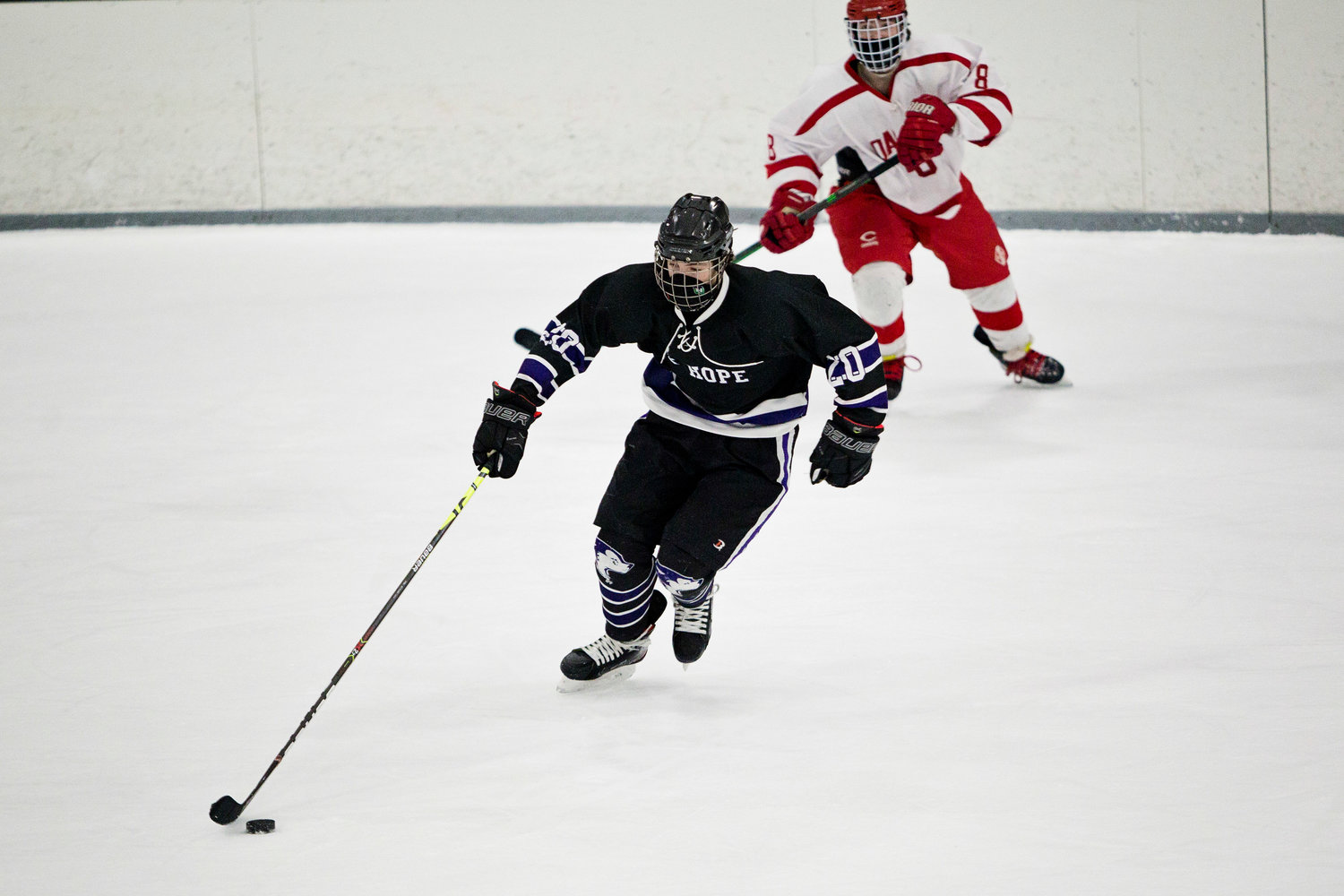 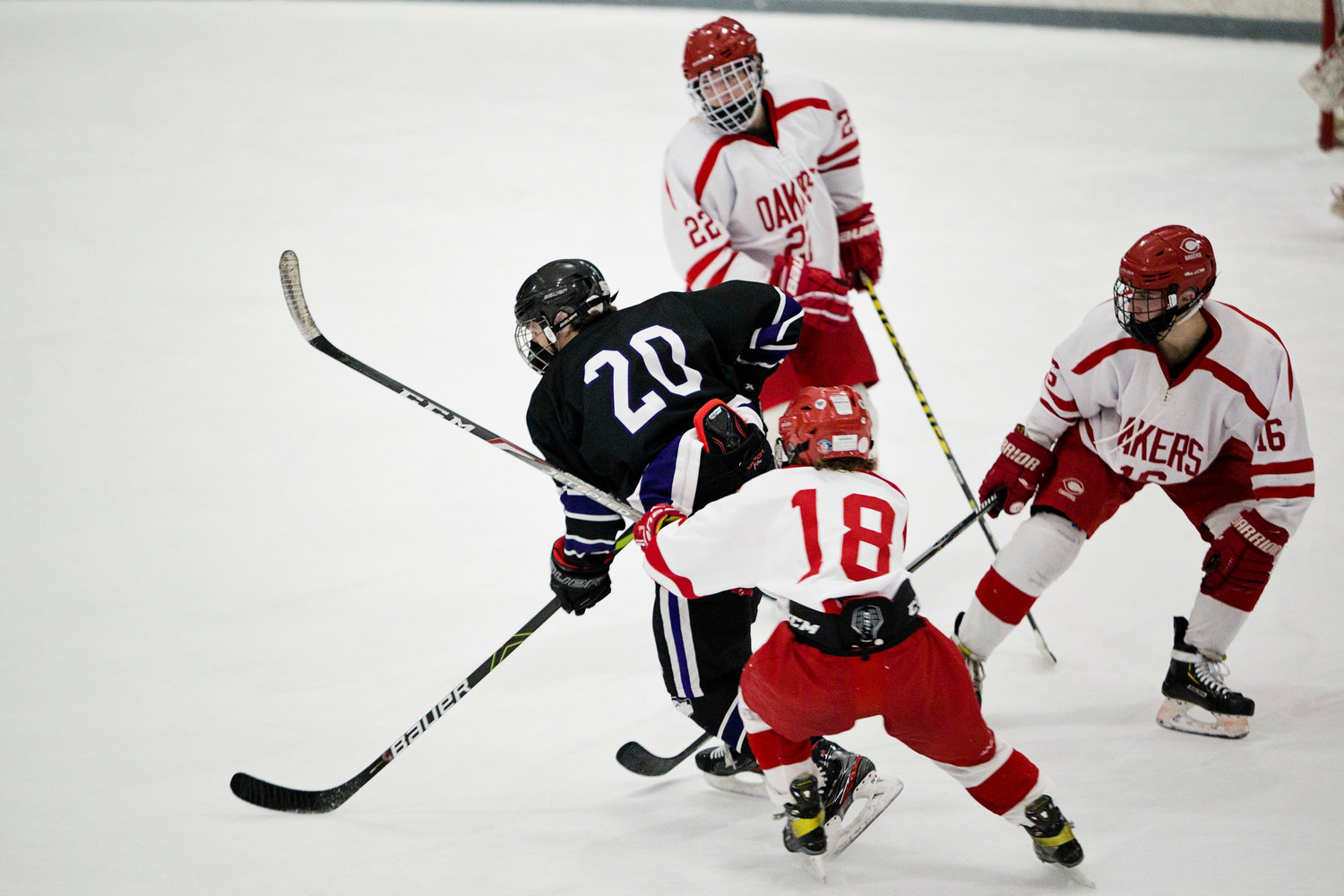 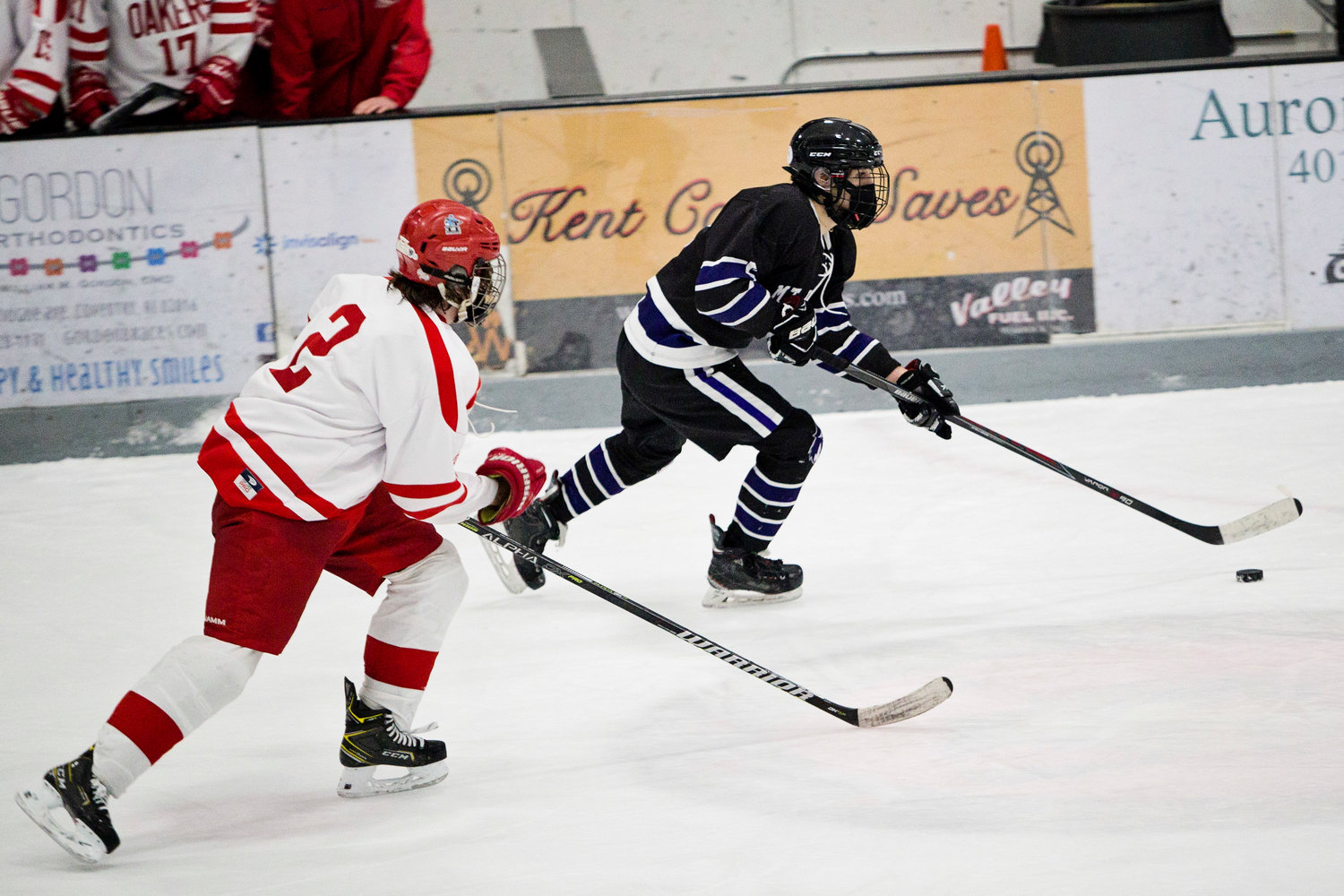 Marshall wristed a shot from between the circles past the Knotty Oakers’ keeper for the game-winner, sending the Huskies in the quarterfinals opposite third-seeded North Kingstown Thursday, Feb. 25.

Tim Byrne scored twice for the locals, including early in the second period to tie the score at one.

About a minute later Marshall dished off a nifty pass to David Benevides for the second MH-EP goal, giving the Huskies a 2-1 lead. The score stayed that way to intermission.

Early in the third period, Coventry scored to level the game at two.

Almost as quickly, however, Byrne struck for his second to give the locals a 3-2 advantage.

MH-EP was just over a minute away from sealing the win in regulation, but the Oakers pulled their keeper and potted the equalizer 6-on-5 with 1:15 left.

Both sides had opportunities to score during the 4-on-4 extra session. Coventry’s best chance came off a turnover, but MH-EP goalie Brett Therien rushed his crease with a stick check to poke the puck away.

The Huskies later went a man-up following an infraction by the Oakers, nearly squandering the opportunity before Marshall scored to end the game.

The freshman grabbed a loose puck off the boards, skated to center of the ice about 10 feet inside the blue line, then took the shot to beat the Coventry keeper.