Eight of the East Bay’s most hard-working gridiron athletes are off to Texas in a couple of weeks to compete in the U.S. Army Bowl. 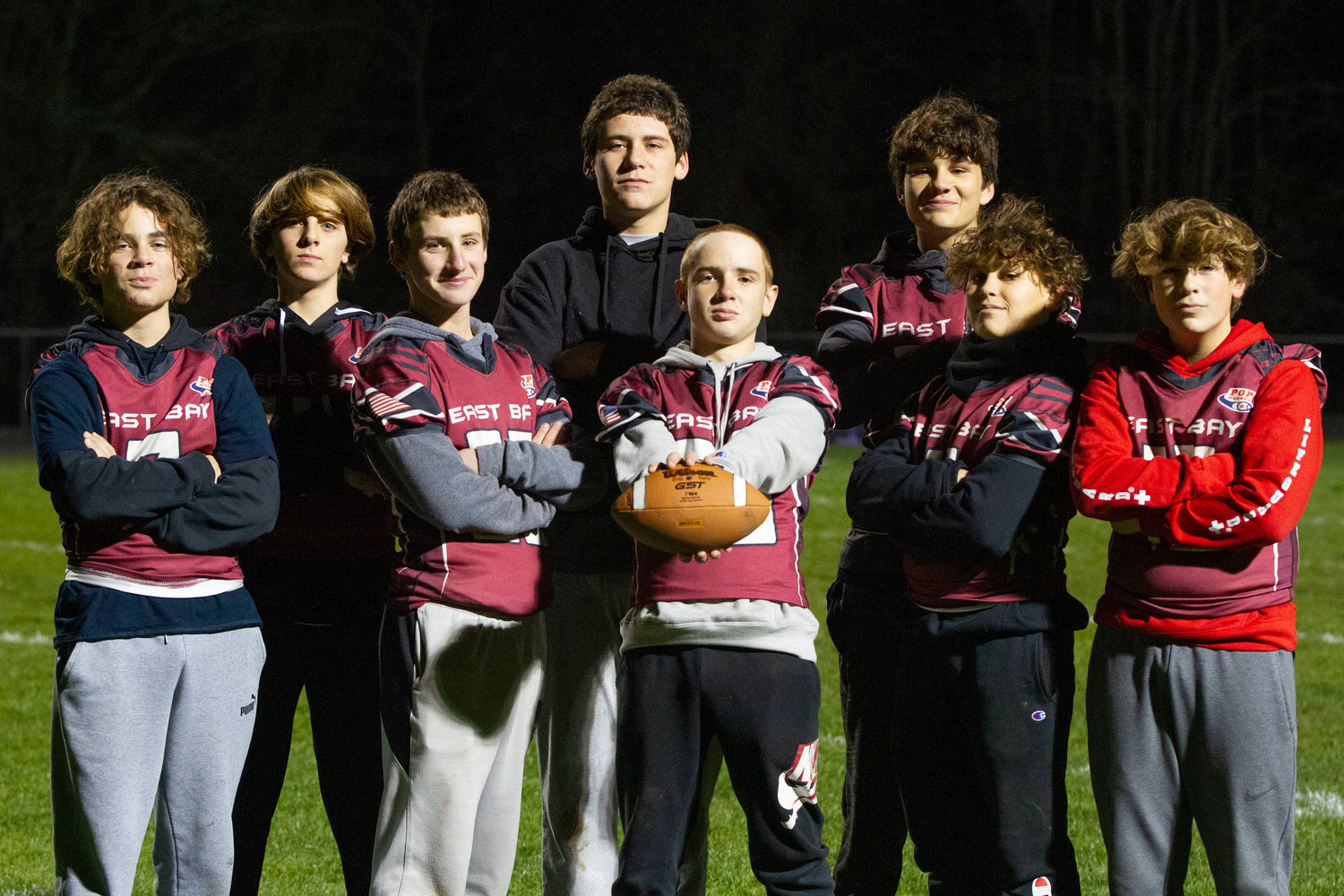 Eight of the East Bay’s most hard-working gridiron athletes are off to Texas in a couple of weeks to compete in the U.S. Army Bowl, a national football series that brings together the top middle, high school, and collegiate athletes for weeks of games and events.

Tyler Rhynard, Matthew Thibaudeau, Jack Gregory, Travis Furtado, Zachary Borges, Griffin Ingram, Will Francis, and Nicholas Rogers — all members of the East Bay Warriors football program — will play for Team Washington alongside players from across the country in four games, beginning Dec. 13 and running through Dec. 18 before returning to Rhode Island on Dec. 19. Even more exciting, they will get to play in one of the Dallas Cowboys practice facilities.

Their ticket to the invitation-only event was set in motion earlier this year, following Tyler Rhynard’s selection to the Dream All-American Bowl at Cowboys Stadium this past April. The highly-ranked youth prospect was the only New Englander chosen for the honor. His dad, Mark Rhynard, is one of the Warriors coaches, and clearly made some connections while he was in Dallas.

Still, there are no free rides to the tournament. Each player must pay their own way, which comes with a $1,200 price tag. So the kids got to work.

“They raked leaves, stacked wood, cleaned shops and yards and houses,” said Tara Thibaudeau, Matthew’s mother and Warren’s Recreation Director. “They actually physically put in the work on weekends, after school hours, and they worked everywhere from North Providence to Cranston and Swansea, Somerset, all over Bristol and Warren. They went all over the place.”

As of her last counting, Thibaudeau said that the boys raised $17,000 for the trip in just four weeks.

Huskies' wrestlers begin to find their identity in loss to Cumberland