PORTSMOUTH — Democrats will maintain their majority on the Town Council, and Linda Ujifusa will take over the R.I. Senate District 11 seat being vacated by retiring Sen. James Seveney. 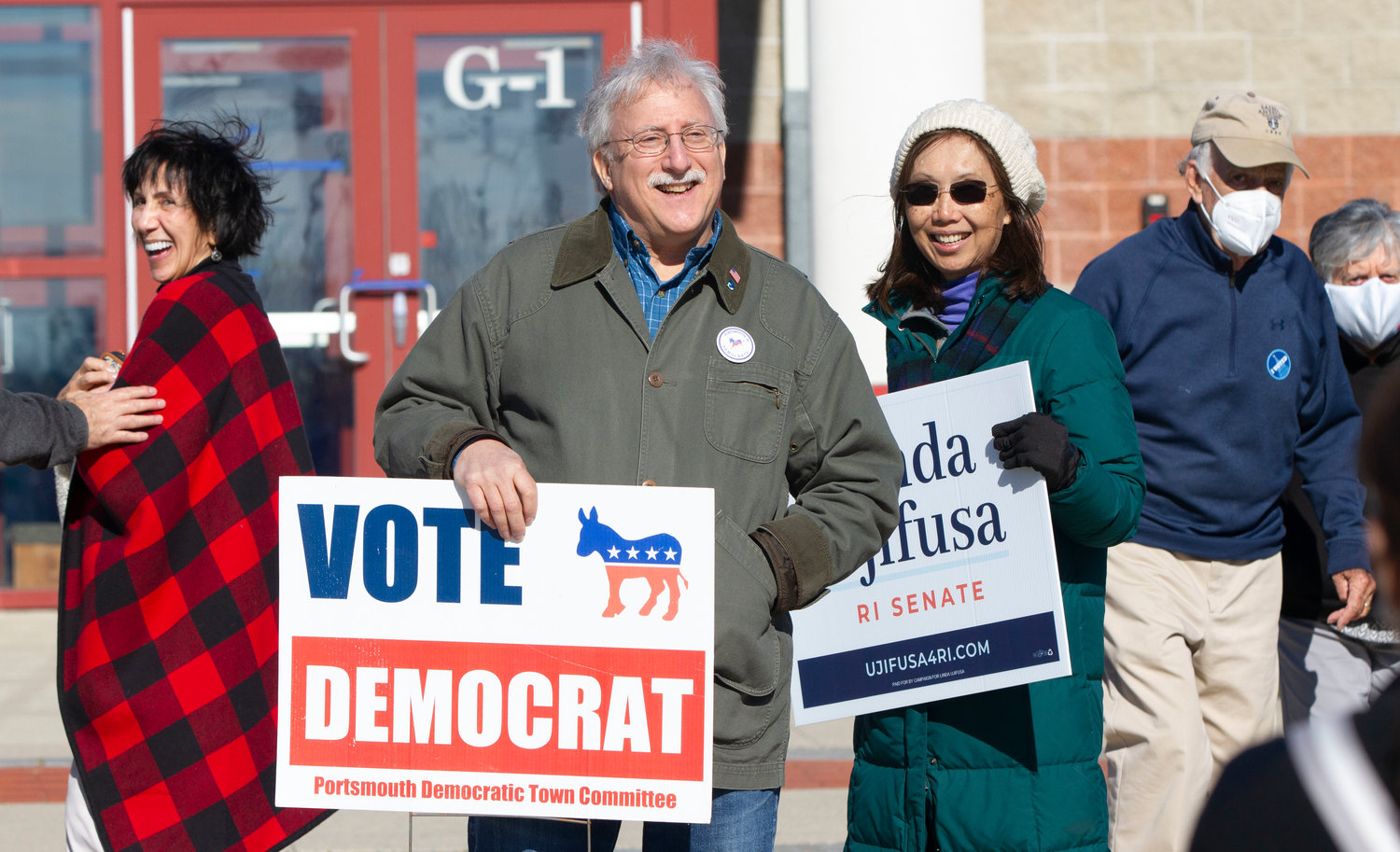 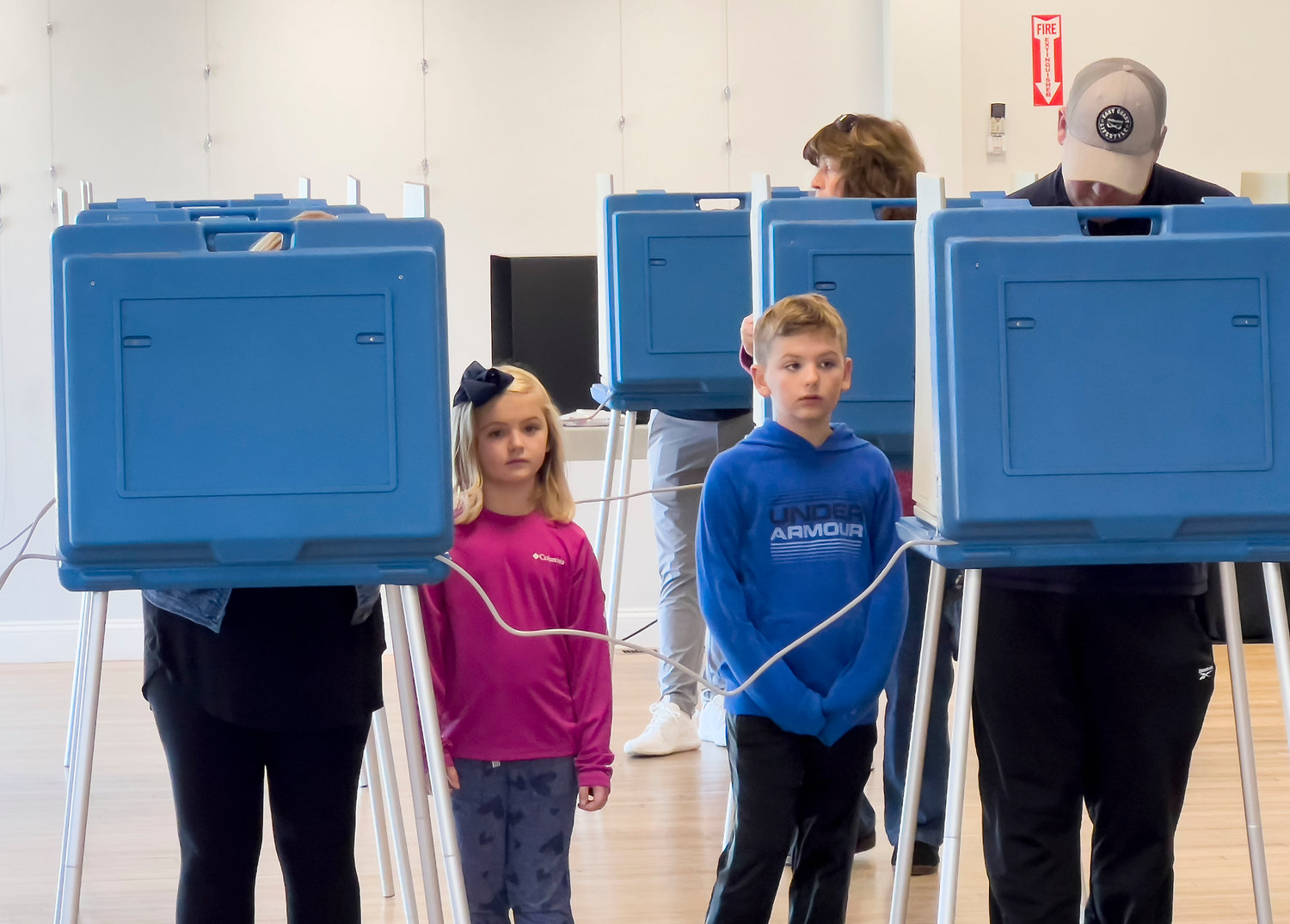 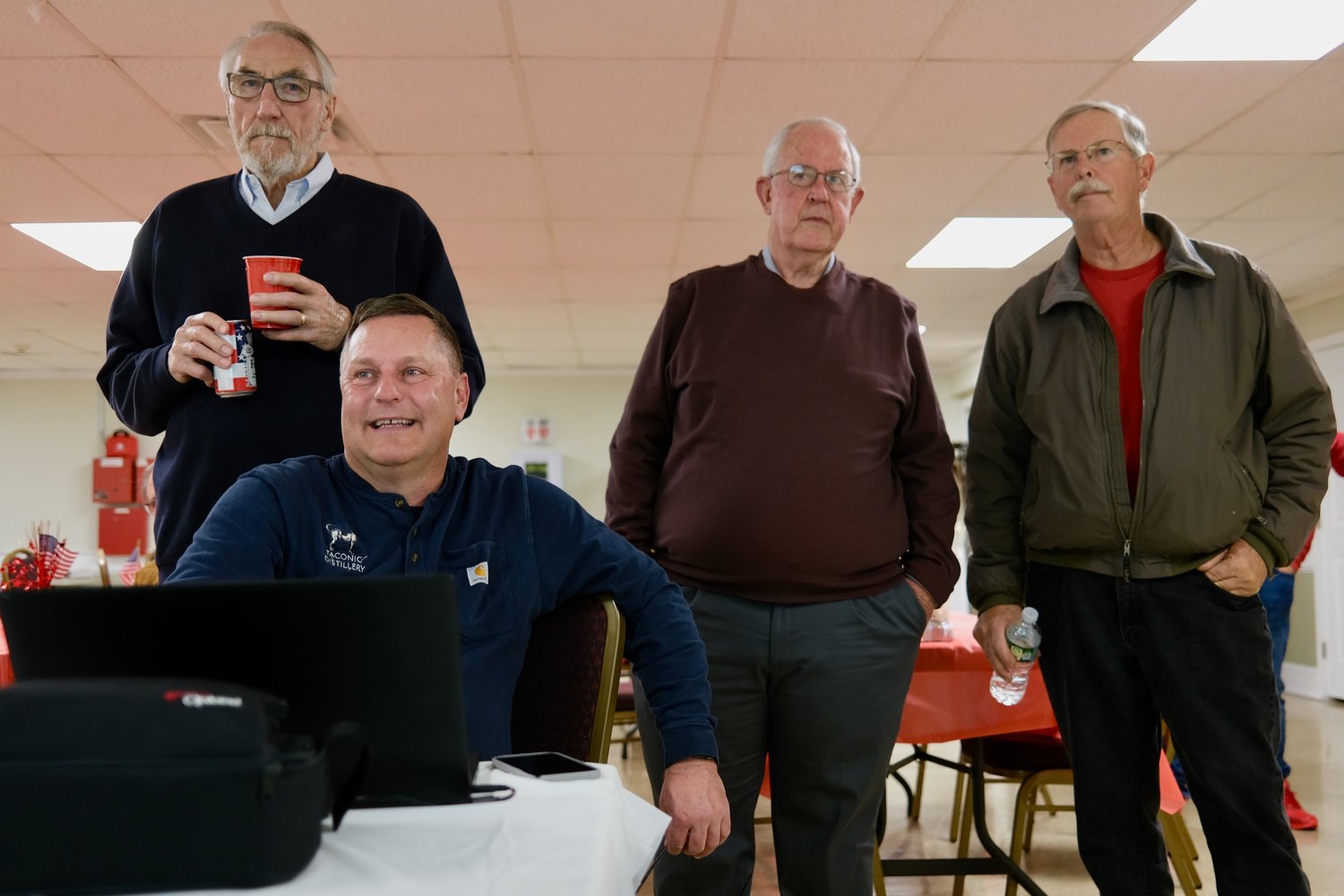 Town Council member Keith Hamilton (sitting), who was re-elected, watches the polling numbers come in Tuesday night at at St. John’s Lodge No. 1, which served as Republican election headquarters. Behind him are (from left) Joe Lorenz, chairman of the Republican Town Committee; Larry Fitzmorris, president of Portsmouth Concerned Citizens; and David Gleason, who was voted back onto the council.
Jim McGaw 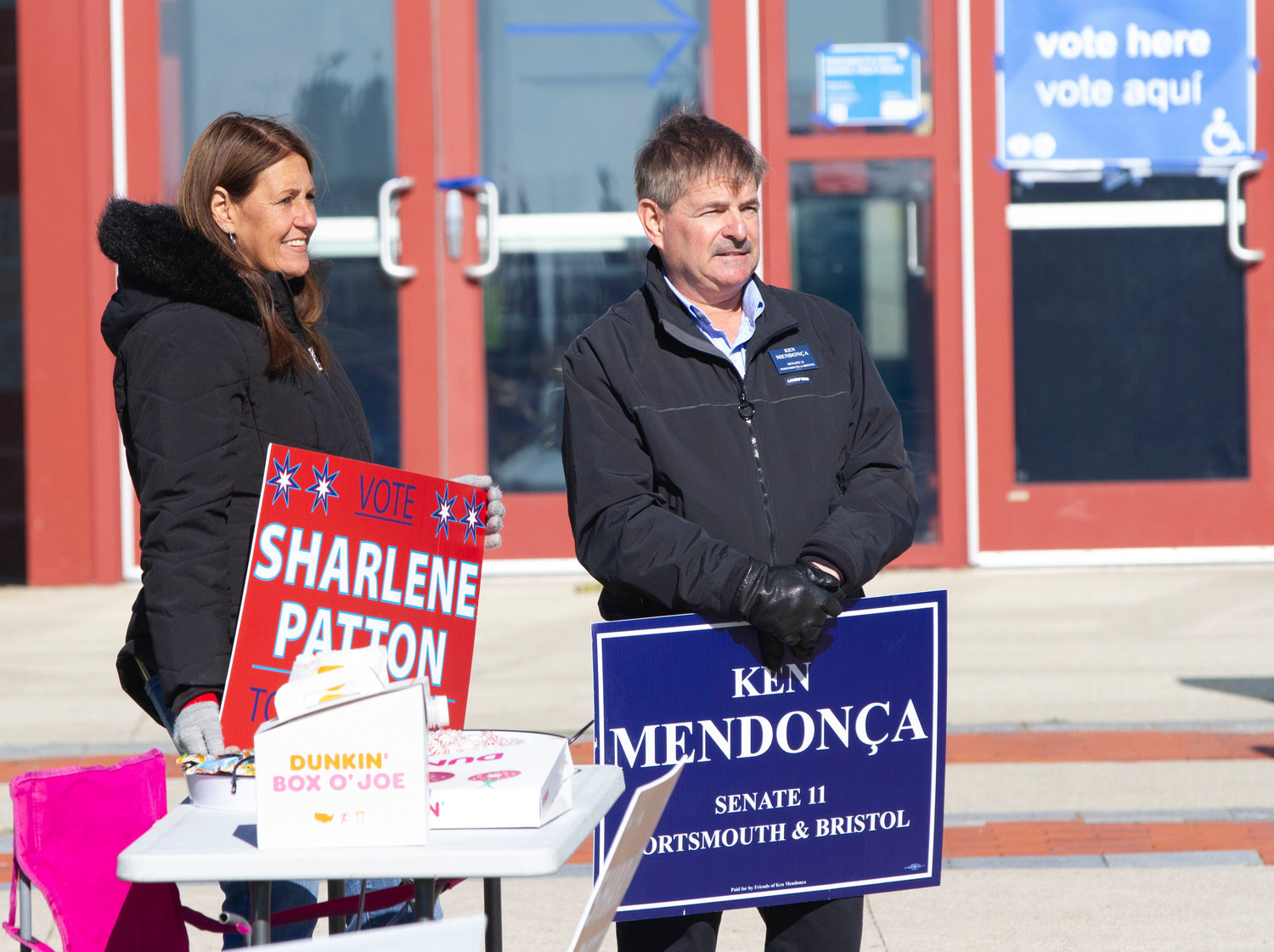 What was unusual about this election is it was steady. There was no lull.”
Jacqueline Schulz, Portsmouth's registrar of voters
‘Sign guy’ gets nearly 2,000 votes

That was how many ballots were tabulated in the 57-year-old independent candidate’s favor after the polls closed on Tuesday.

DiPaola was arrested Oct. 26 and charged by Portsmouth Police with cyberstalking and cyber-harassment. He allegedly texted a 54-year-old Portsmouth man after being told not to, according to police.

PORTSMOUTH — Democrats will maintain their majority on the Town Council, and Linda Ujifusa will take over the R.I. Senate District 11 seat being vacated by retiring Sen. James Seveney.

After all precincts had reported after the polls closed at 8 p.m. Tuesday, it appeared Democrats had captured five of the seven Town Council seats. They were incumbents Kevin Aguiar, Daniela Abbott, J. Mark Ryan, Leonard Katzman, and a former member of both the council and the General Assembly, Charles Levesque.

Incumbent Keith Hamilton and a former council member, David Gleason, were the two Republicans among the top seven vote-getters.

There are still a number of drop-box ballots to be counted, however, so a change in the council results is possible. There were just 286 votes separating the seventh-highest vote-getter, Gleason, and Juan Carlos Payero (D), a member of the School Committee making his first bid for council, who came in eighth.

“I wish I had a team,” he said, referring to the Democrats’ council majority. “But I will be a team player the best I can. Originally I wanted another two years in 2018. That didn’t happen, so there are some things I’d like to finish.”

Gleason, who had been a council member for six years before losing re-election in 2018, last ran as an independent. This time he ran on the Republican ticket, but said if it were up to him, there would be no local party labels.

“I think we should go nonpartisan,” Gleason said. “Middletown and Newport has already shown it’s a more even playing field, and I think people play better together that way, rather than having an ‘R’ or a ‘D.’ I was always independent, but it’s difficult to run as an independent."

At Democratic election headquarters at Ragged Island Brewing, Payero was downbeat but happy to still have a seat on the School Committee.

“Personally I think when anybody puts their name on the ballot, they’re surprised when they don’t win, but I respect what the voters of Portsmouth decided. I’m just glad we still have a Democratic majority on the council,” he said. “It’s back to work on the School Committee. Schools don’t stop, and we’ve got work to do.”

There were four available seats up for grabs on the School Committee, but Republicans did not run any candidates. Sondra Blank, Isabelle Kelly, Fred Faerber III, and Emily Skeehan, all Democrats, won their uncontested seats.

At Ragged Island Tuesday night, Ujifusa was bouncing from one corner of the taproom to the other — either being congratulated for winning a seat on the R.I. Senate, or thanking her supporters. The Democratic vice president of the Town Council soundly defeated former General Assembly member Ken Mendonça, collecting nearly 55 percent of the votes.

She planned on “probably sleeping” a little on Wednesday, and then writing “millions of thank-you letters.”

Running for the General Assembly was a very different challenge than competing for a seat on the council, she said.

“I knocked on a lot more doors, and I think I had conversations about broader issues, and I did get a change to become familiar with Bristol,” Ujifusa said. “I just want to thank everyone, and I will work very hard to represent them."

There were two local seats in the R.I. House of Representatives that were also challenged. For District 69, which covers Prudence Island and parts of Bristol, Democrat incumbent Susan Donovan was well ahead of her Republican challenger, Robert O’Neill. Donovan captured over 60 percent of the vote.

For District 71, incumbent Democrat Michelle McGaw collected over 63 percent of the vote, defeating political newcomer Kobe Taylor, who ran as an independent. (McGaw is the wife of Jim McGaw, editor of The Portsmouth Times.)

Jacqueline Schulz, registrar of voters, said the turnout percentage of active voters was over 50 percent. That’s an excellent voter response, especially for a midterm election, she said.

More than 4,420 people turned out at the polls Tuesday. There were also 2,408 early voters — about 500 on Monday alone — and 772 mail ballots were processed and received, she said.

“What was unusual about this election is it was steady. There was no lull,” she said.

“Let’s put it this way: Prudence Island hit 91, alright? I have been here nine years and it has never hit 91. They have a total of 180 registered voters. That’s huge.”