Approves both purchase of pump station, agreement with BCWA to seek secondary source

EAST PROVIDENCE — The city appears to be as close as it’s ever been to securing a secondary source of water after the council at its December 21 meeting, its final gathering of 2021, …

Approves both purchase of pump station, agreement with BCWA to seek secondary source 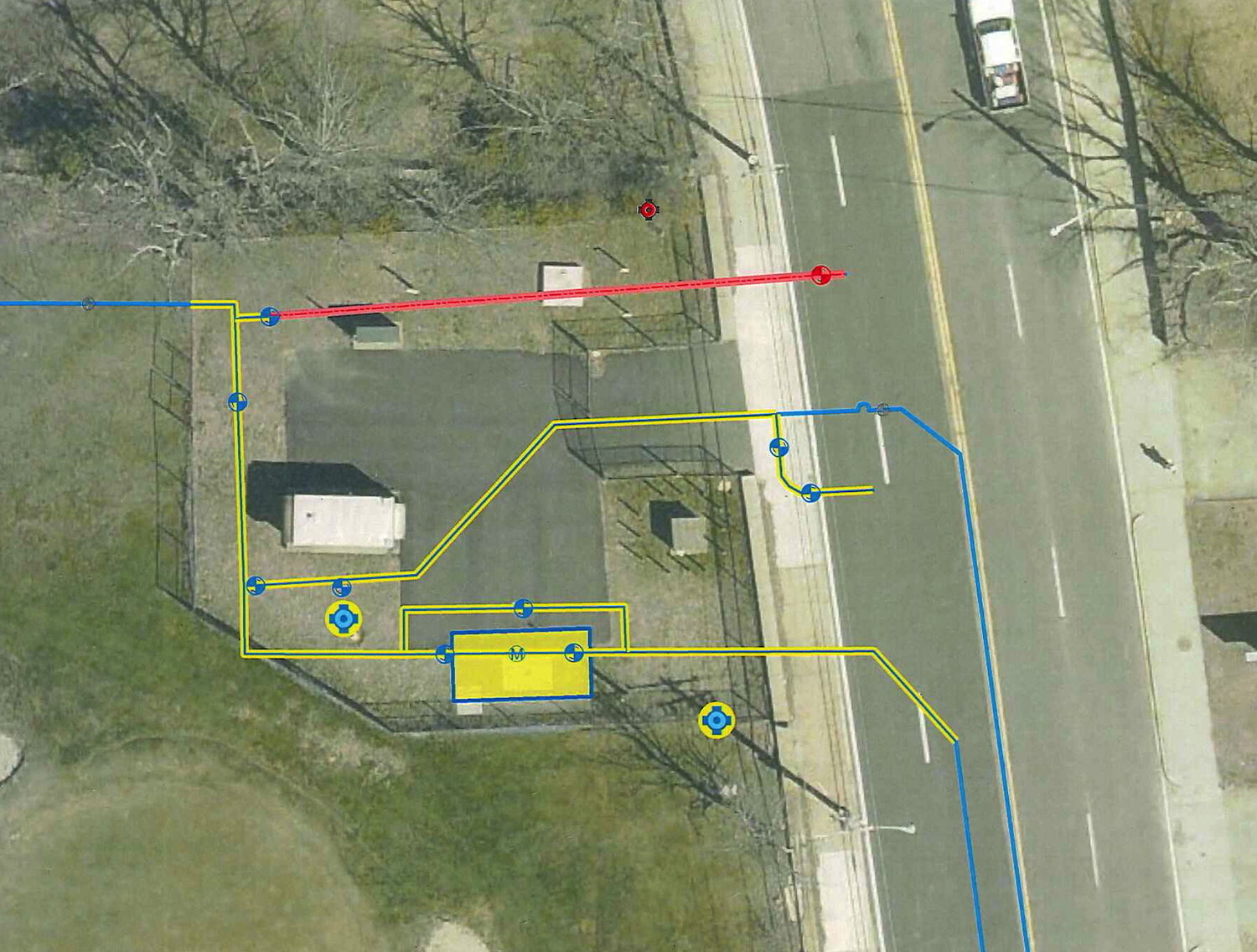 An aerial view of the water system pump station at the Silver Spring Golf Course off Pawtucket Avenue that East Providence is purchasing from the Bristol County Water Authority.
Posted Wednesday, December 22, 2021 2:54 pm
By Mike Rego

EAST PROVIDENCE — The city appears to be as close as it’s ever been to securing a secondary source of water after the council at its December 21 meeting, its final gathering of 2021, approved two resolutions authorizing the administration to engage the neighboring Bristol County Water Authority on a couple of key agreements.

The council unanimously backed allowing Mayor Bob DaSilva to sign a contract on behalf of the city to purchase the Pawtucket Avenue Pump Station from the BCWA for a mere $1.

The body, likewise, gave its full support for a measure allowing the mayor to enter into a contract with the BCWA to share the costs of an engineering proposal for the potential connection to Pawtucket’s pipeline. The city’s contribution to the $1.557 million total is approximately $800,000.

He noted the purchase of the pump station, located on the grounds of the Silver Spring Golf Course/Mobil Oil property on Pawtucket Avenue, was a “pretty good deal for a buck.” East Providence, Marvel continued, has contributed a significant amount of money keeping the station viable over the years and considering it operates the larger of the two systems it made sense to bring it under city control.

Of more significance, the notion of securing a “true” secondary source of water for East Providence has been something the city has been in constant pursuit of during most of the 11 years he has been employed here, Marvel continued.

Even with the purchase of the pump station, the city is still tied only to its supply through its main pipeline under the Providence River.

Not having an alternative water source has been “one of our biggest weaknesses over the last several years,” Marvel said, adding, “The question has been what happens if we lose the Providence supply? And the answer is we’re out of water.”

Key to the agreement with the BCWA on the potential Pawtucket connection are what Marvel termed as “out clauses,” steps along the way where East Providence can back out of the deal. Marvel said those include the feasibility of the project, its cost effectiveness or simply a will on the part of the city not to continue.

East Providence, Marvel said, “is not committed to a blank check.”

Per the existing contract language, the $800,000 figure represents a share of design fees with Beta Group for the overall project commensurate to the scale of the city’s share of the project. As well, it includes East Providence’s own pact with CDM Smith to provide peer review services on the city’s behalf of the Beta submission.

Marvel said the water utility, a self-sufficient entity that does not receive monies from the city’s general fund, could pay its share in full out of existing resources. Councilors discussed potentially using federal COVID-19 pandemic relief funds if applicable.

With that in mind and at the suggestion of City Solicitor Michael Marcello, the resolution was approved with amended language to include “the administration is urged to use other federal funds if and when available and if eligible to recoup costs.”

In response to inquiries from the council, Marvel said another reason to follow the proposed process is because it would allow the city to assess its main pipeline connection that runs under the Providence River from Scituate Reservoir through Cranston and Providence. The pipe was constructed in 1967 from outdated materials and has long been a worry of local officials.

Marvel said the step of taking over pump station, coinciding with the completion of the new BCWA emergency connection with the city’s water system at Kent Heights was being sequenced to allow for the inspection of the East Providence’s main pipe.

The BCWA, whose executive director is East Providence’s former director of public works Steve Coutu, is in the final stages of its $6.9 million emergency backup pipeline connected to East Providence’s system at the Kent Heights water storage facility.

It will provide BCWA customers an emergency water supply from Providence Water to either utility in the event of a failure. BCWA is funding the entirety of the $6,909,780 project.

Coutu said in the fall of this year the last significant aspect of the project remaining is the installation of a meter vault at the Kent Heights location. Last week, Marvel said the effort is about “80 percent” complete.

Throughout much of 2021, the BCWA had some 1.5 miles of 24-inch pipe installed from mainline at the Silver Spring/Mobil property to the storage facility at Kent Heights, weaving its way through side streets then across Wampanoag Trail up Dover Avenue to Greenwich Avenue.

Coutu also said this fall the connection to East Providence was part of a BCWA effort to eventually connect to the Pawtucket water supply as a secondary source, occurring off Newport Avenue near the city line.

Coutu added the agency was willing to fund the endeavor on its own, though it would be to the benefit of both if they did the necessary construction in concert.

He continued, for operational reasons the BCWA and East Providence separately need to install most of their own infrastructure to make the connections with Pawtucket functional. The cost to the entities would still be significant, so any shared expense would help reduce their respective bottom lines.

The BCWA has for several years lobbied East Providence to partner in an effort to join the Pawtucket system, even before its emergency almost three years ago. As far back as the early 2010s, the state also offered both the city and the agency an interest-friendly chance to finance the project at a substantial savings, but elected officials in East Providence declined to participate.

When still DPW director in 2019, Coutu alerted the current council of his concern with the city’s cross-river pipe, now 54 years old, and made of prestressed concrete which he opined has almost certainly deteriorated over the last five decades plus. He noted a Providence pipe made of the same material had a “catastrophic failure” in the 1990s.