For the last two months, the administration has reminded all school staff that a district policy requires they be vaccinated by … 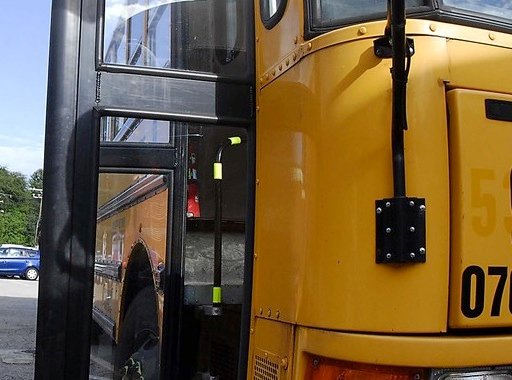 It’s all a matter of health and safety.”
Barrington Superintendent of Schools Michael Messore

It’s really almost less about vaccine status than it is about timing.”
Barrington parent Jessica Liberatos
By Josh Bickford

For the last two months, the administration has reminded all school staff that a district policy requires they be vaccinated by Nov. 1. Those who do not comply will be fired.

Barrington Superintendent of Schools Michael Messore confirmed that information on Wednesday morning, Oct. 20. He said approximately 90 percent of the entire staff is vaccinated. About five staff members have filed requests for medical exemptions, and the district continues to reach out to those who have not yet shared their vaccination status with the administration.

“Everyone has a right to submit a letter for exemption,” he said, adding that he and the school committee would hear any appeals for denials, and those appeals would be held on Thursday, Oct. 28.

According to Mr. Messore, Barrington is the only public school department in the state that has a policy requiring all staff members be vaccinated.

The policy — titled “General and Interim Emergency Policy on Covid-19 Related Issues (2021-2022 School Year)" — was amended and approved by the Barrington School Committee on Aug. 24, just prior to the start of the current school year.

Mr. Messore said his office has sent out two emails to all staff members, one in September and another in October, reminding them of the policy’s requirements. More recently, the district has started reaching out directly to those employees who have not shared their vaccination status with the school department and who have not responded to the emails.

The superintendent said those who are granted exemptions would need to comply with additional requirements — he mentioned testing and the wearing of N-95 masks. Mr. Messore also said that any employee who outright refuses to be vaccinated and/or file a request for an exemption is subject to immediate termination.

Mr. Messore said he believes all the unions represented in Barrington Schools want their memberships to be vaccinated.

“They understand it’s a matter of health and safety,” he said. “The question comes down to why …”

Mr. Messore said the district has identified a “very vulnerable population” which is not yet able to receive vaccinations. He said he wants those students (younger than 12) to be protected. He wants to make sure the staff is protected as well.

“It’s all a matter of health and safety,” he said.

The superintendent said there has been plenty of access to vaccinations. He also said there is a system in place in Barrington Schools which tracks employees’ vaccination status.

“We’ve offered multiple clinics,” he said. “There’s been plenty of opportunity. It’s not a curveball.”

Mr. Messore said there have been a number of employees who are vaccinated but had not yet responded to the district’s request to share their status. He said some staff members are not tech-savvy, and others just forgot to reply.

As for vacancies created by the termination of employees who do not comply, Mr. Messore said the district will fill openings with temporary or permanent replacements.

“We’ll do what we need to do to make sure our students are supported,” he said.

Barrington resident Jessica Liberatos said she is very concerned about the timing of the district’s policy enforcement.

The mother of three said the decision to potentially terminate teachers mid-year raises questions about whether the district will be able to find the same quality of educators to fill those vacancies. In addition, she said some of the teachers impacted by this policy decision work with students who are already struggling academically.

“It’s really almost less about vaccine status than it is about timing,” Ms. Liberatos said during an interview on Wednesday, Oct. 20. “… Where do you think you’re going to find that replacement mid-year?

“I’ve expressed that concern to one of the principals, who agreed it will probably be difficult to find teachers mid-year. Some of these teachers that find themselves in this position are teachers who work directly with kids who have IEPs and 504s. The kids who are most at-risk are the most-impacted … It’s bad timing. It’s a power-grab on the governor’s extended emergency mandate.”

Ms. Liberatos said she has spoken with one of the educators who will be affected by this policy. She said the teacher was told before the start of the school year that there would not be a vaccine mandate. She also said the teacher has complied with twice-weekly testing and wears an N-95 mask while at school.

“She’s taking all the right steps,” she said.

Ms. Liberatos said she knows of educators in Barrington who are fully vaccinated and who have experienced breakthrough cases of Covid-19. She said the district is “pushing a narrative that they have to be fully vaccinated. I think it’s a personal choice.”