The 25-foot humpback whale that washed ashore along a rugged stretch of Little Compton coast over the weekend has turned into a minor attraction, drawing a steady stream of curious residents despite the … 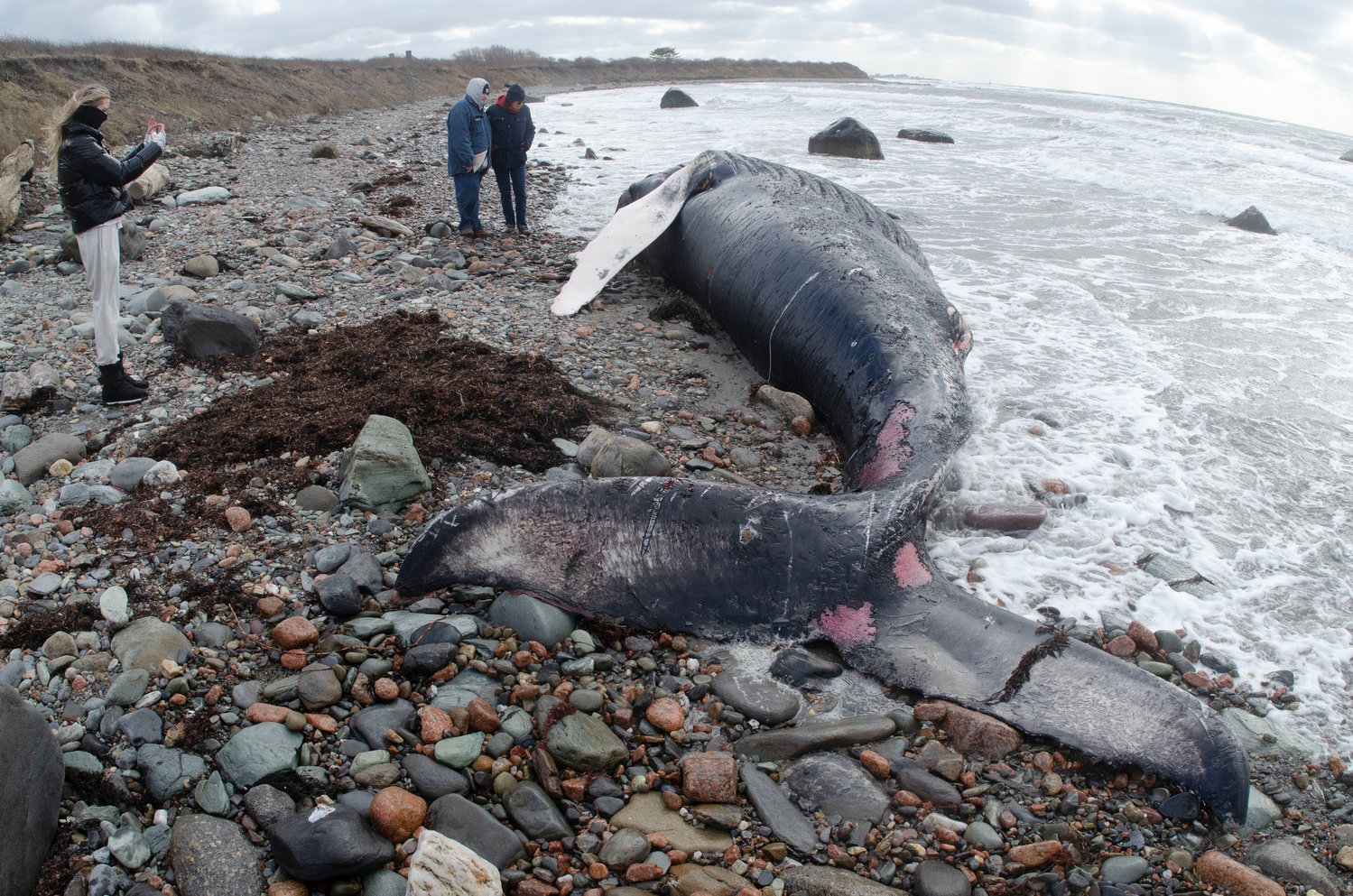 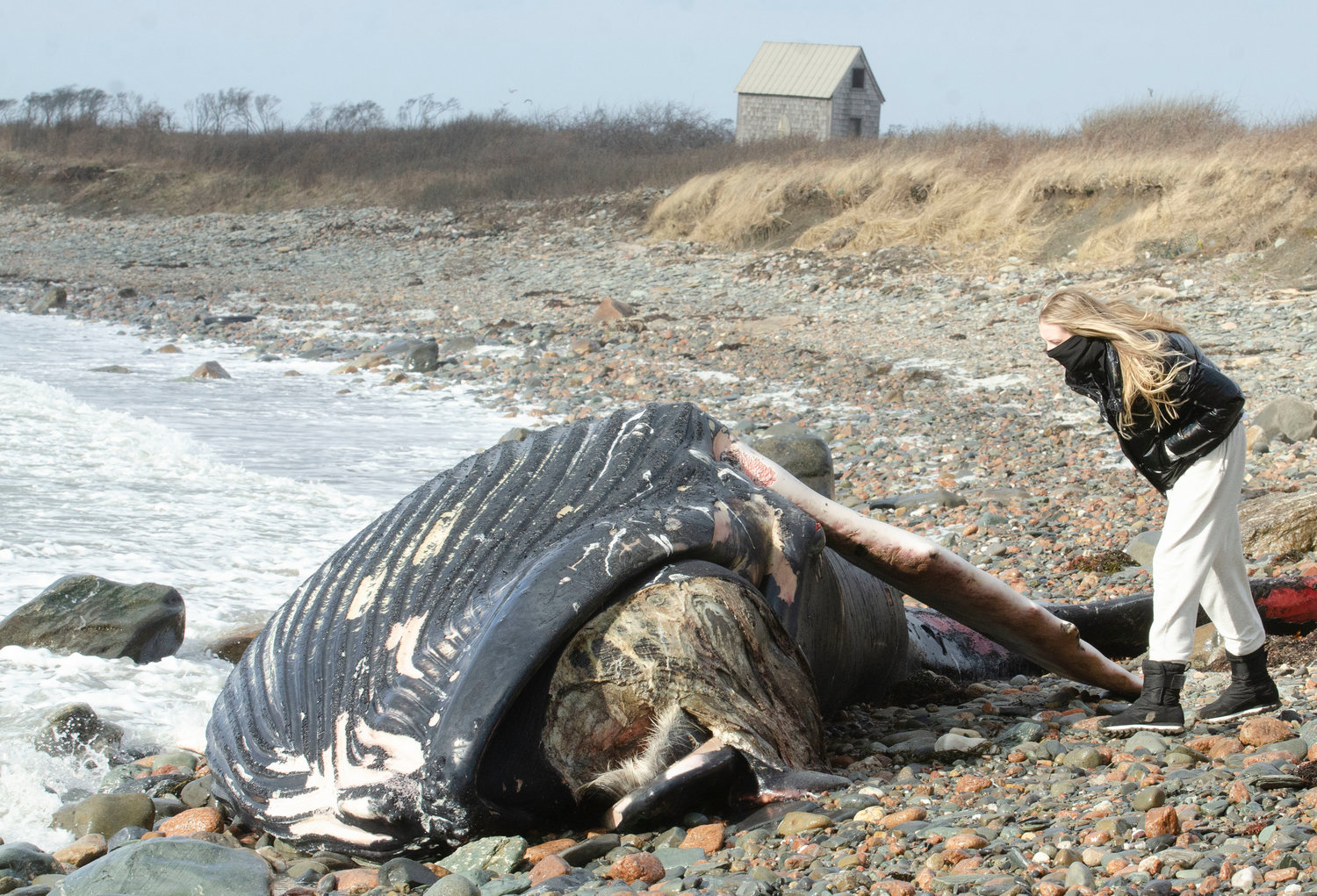 Aurora Scott of Little Compton leans in for a closer look at a deceased 10 ton, male humpback whale that washed ashore at Church Cove in Little Compton.
Photo by Richard W. Dionne, Jr. 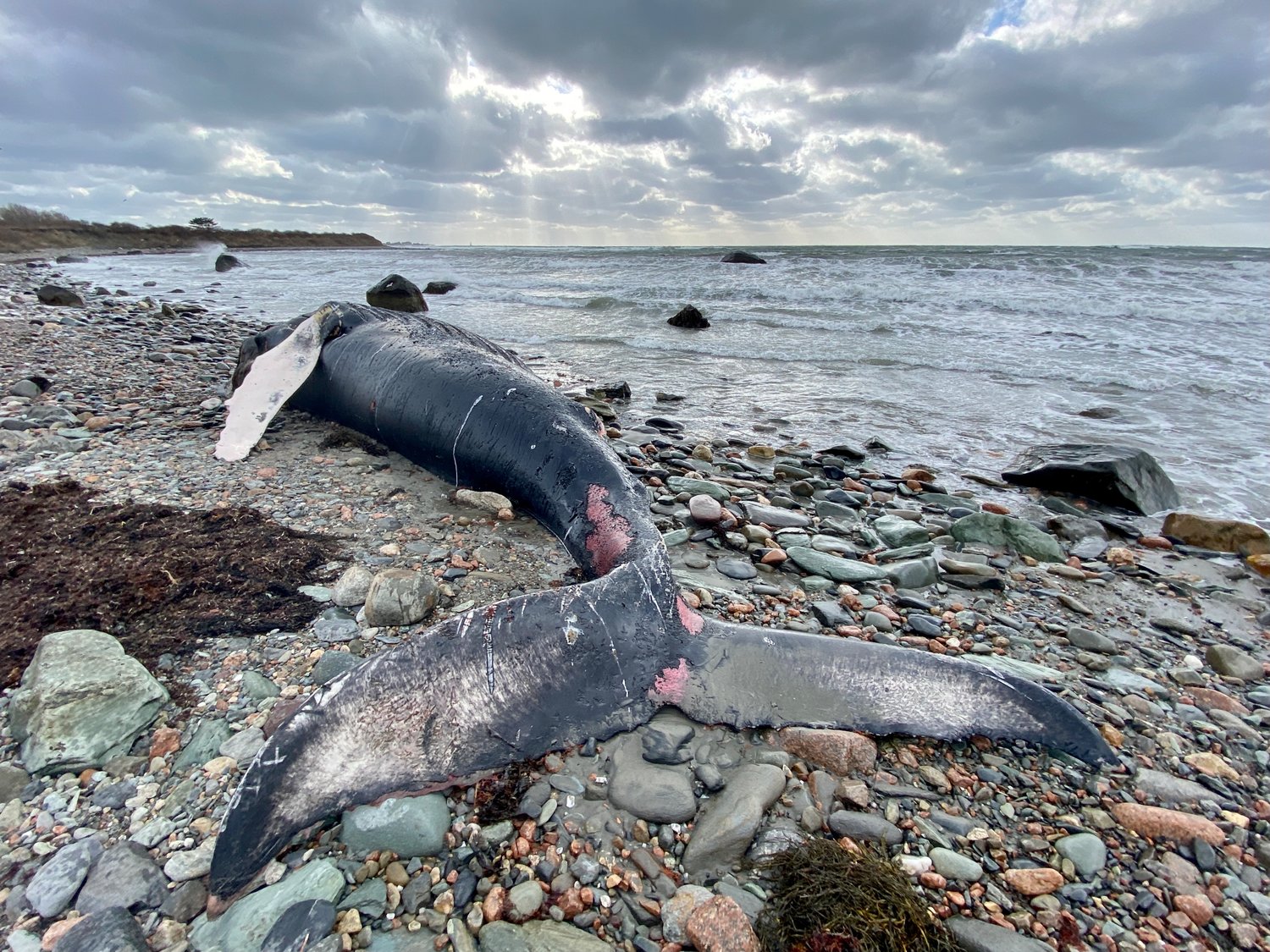 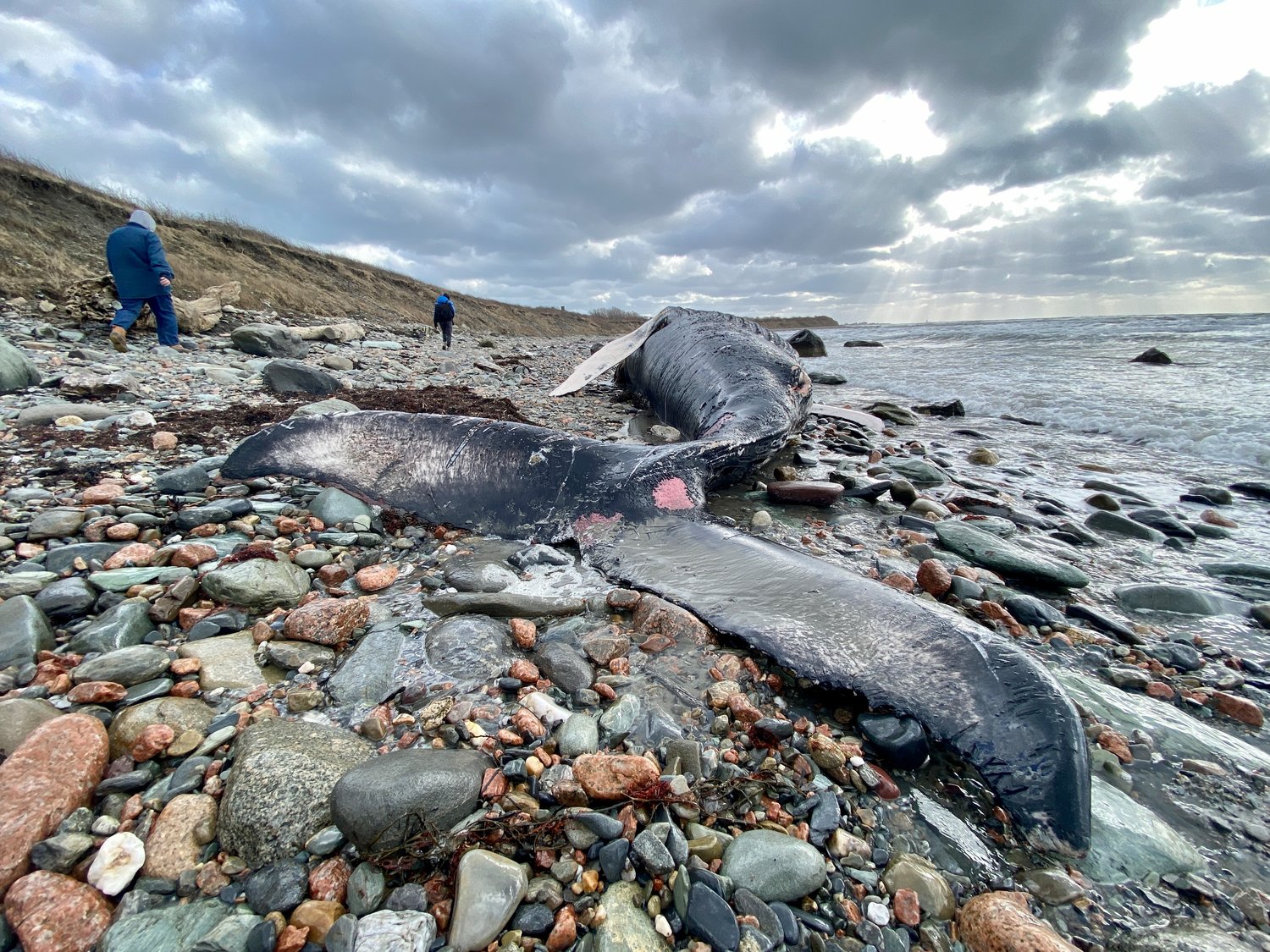 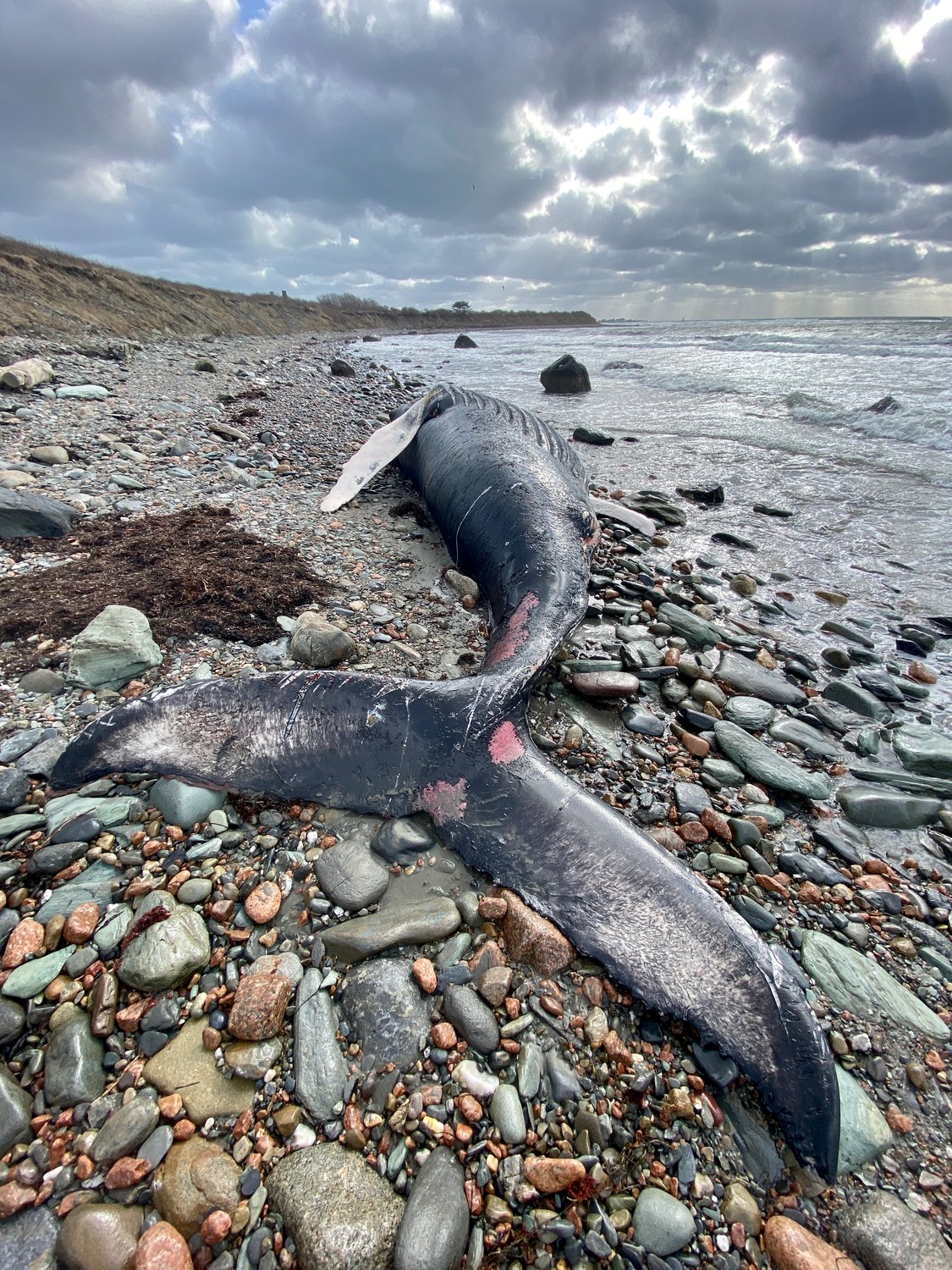 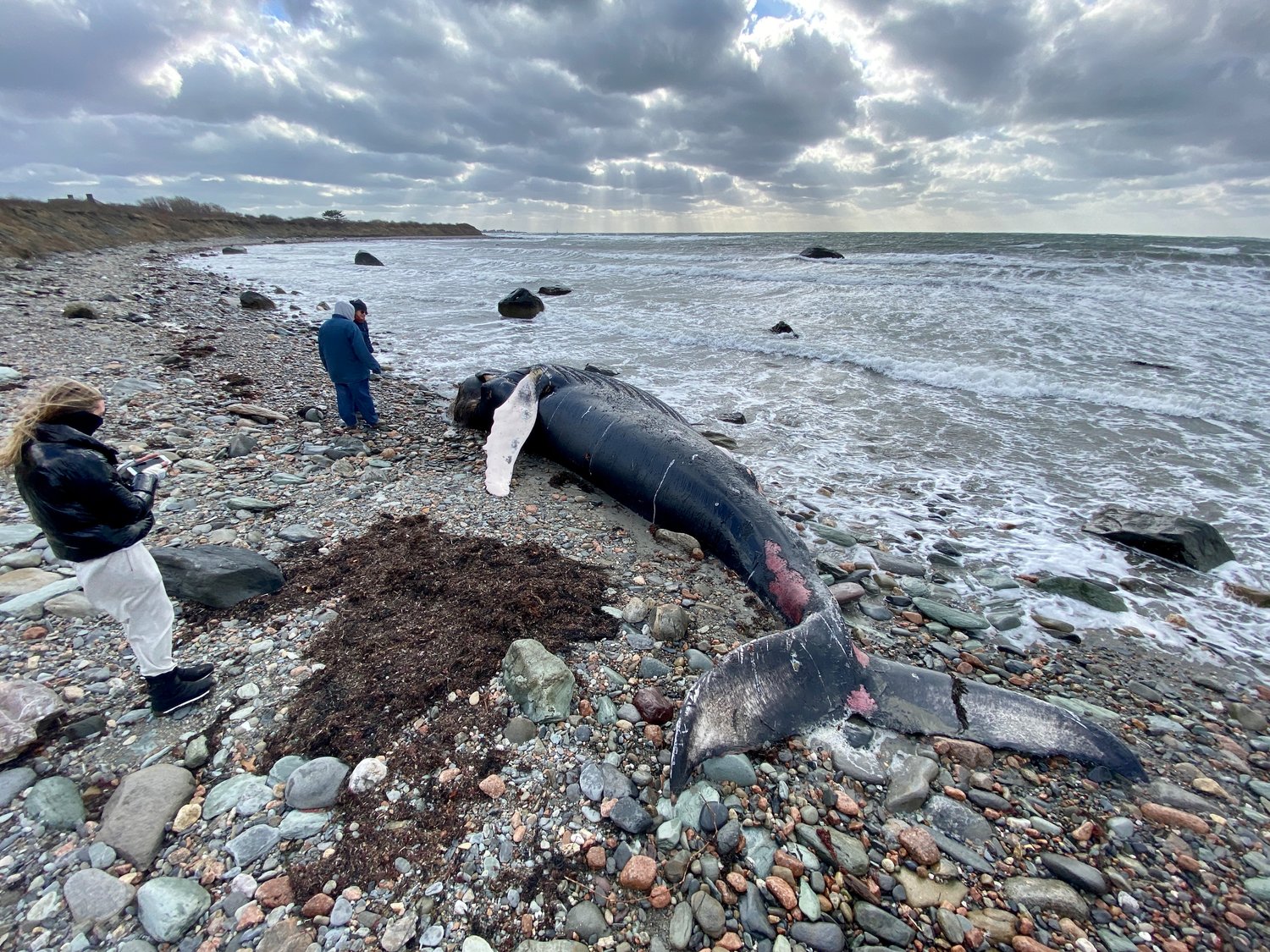 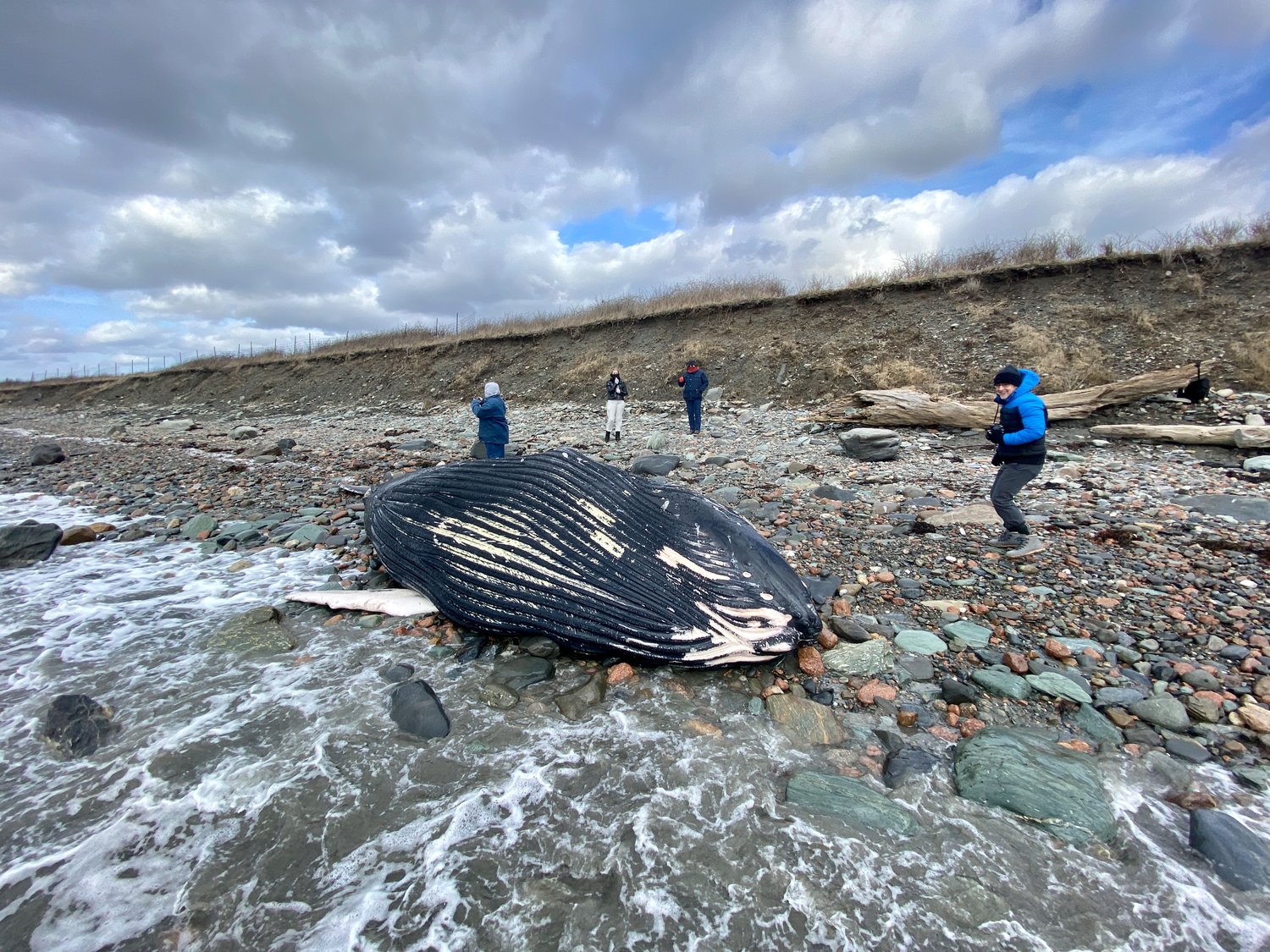 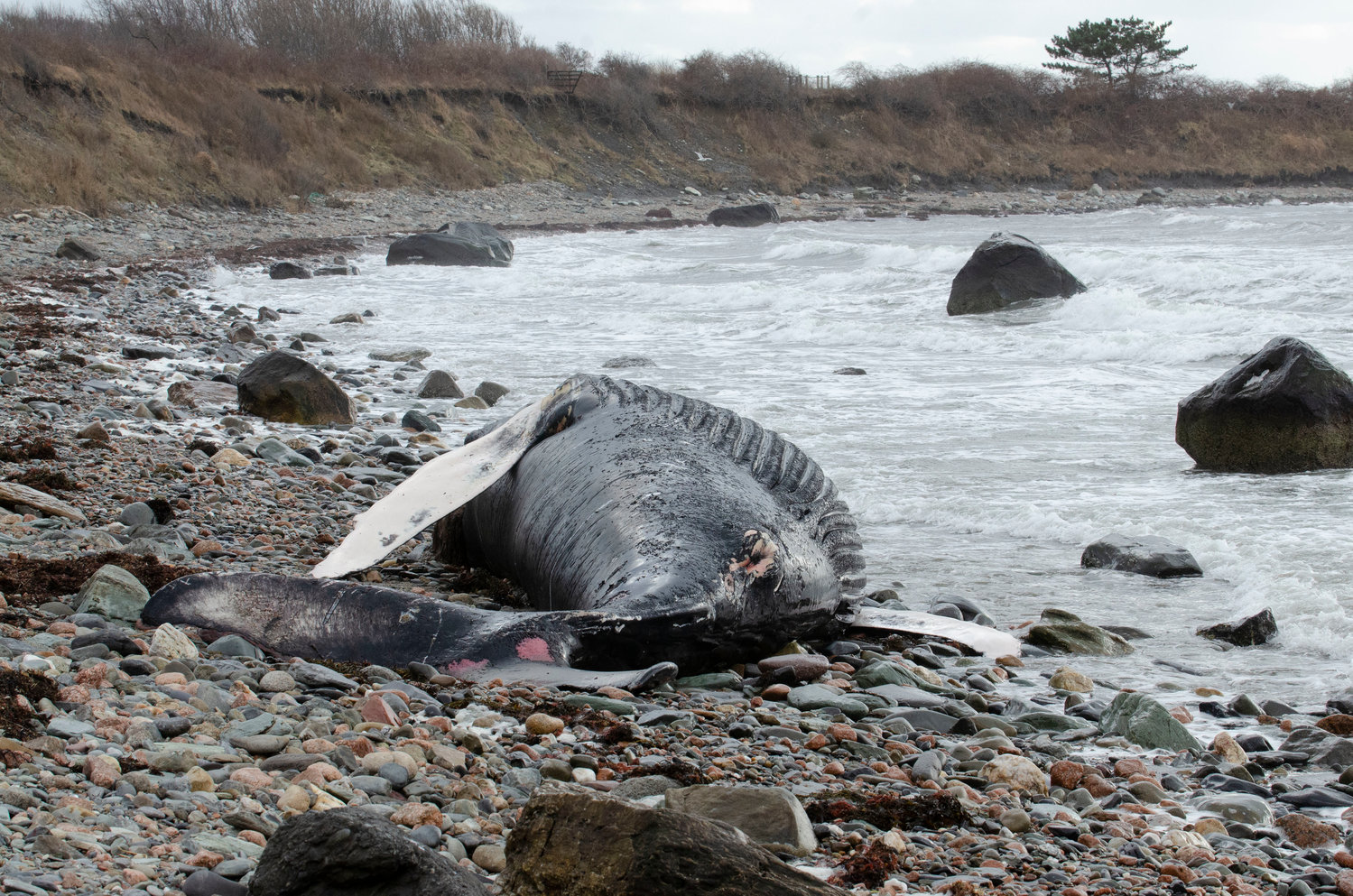 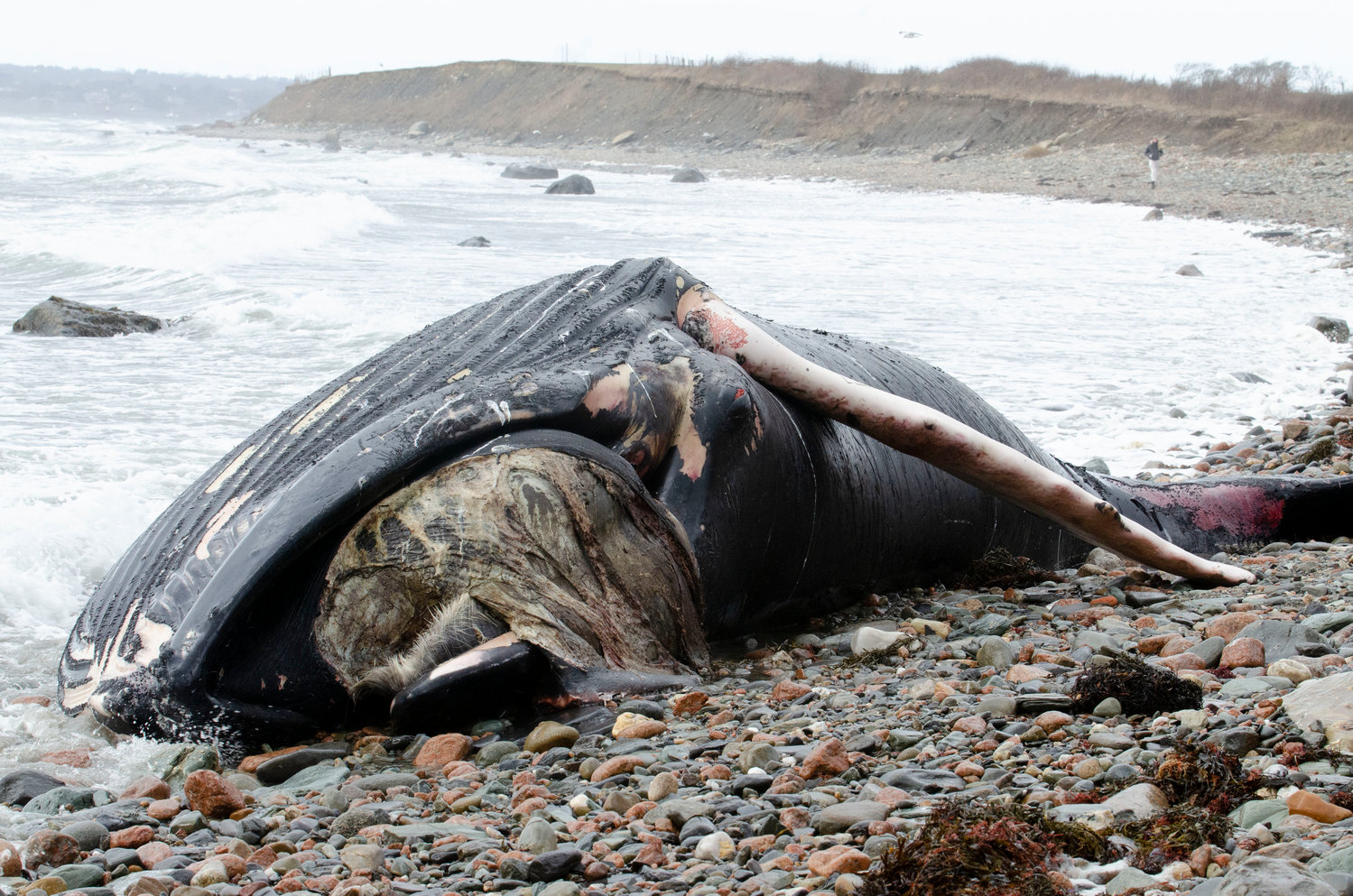 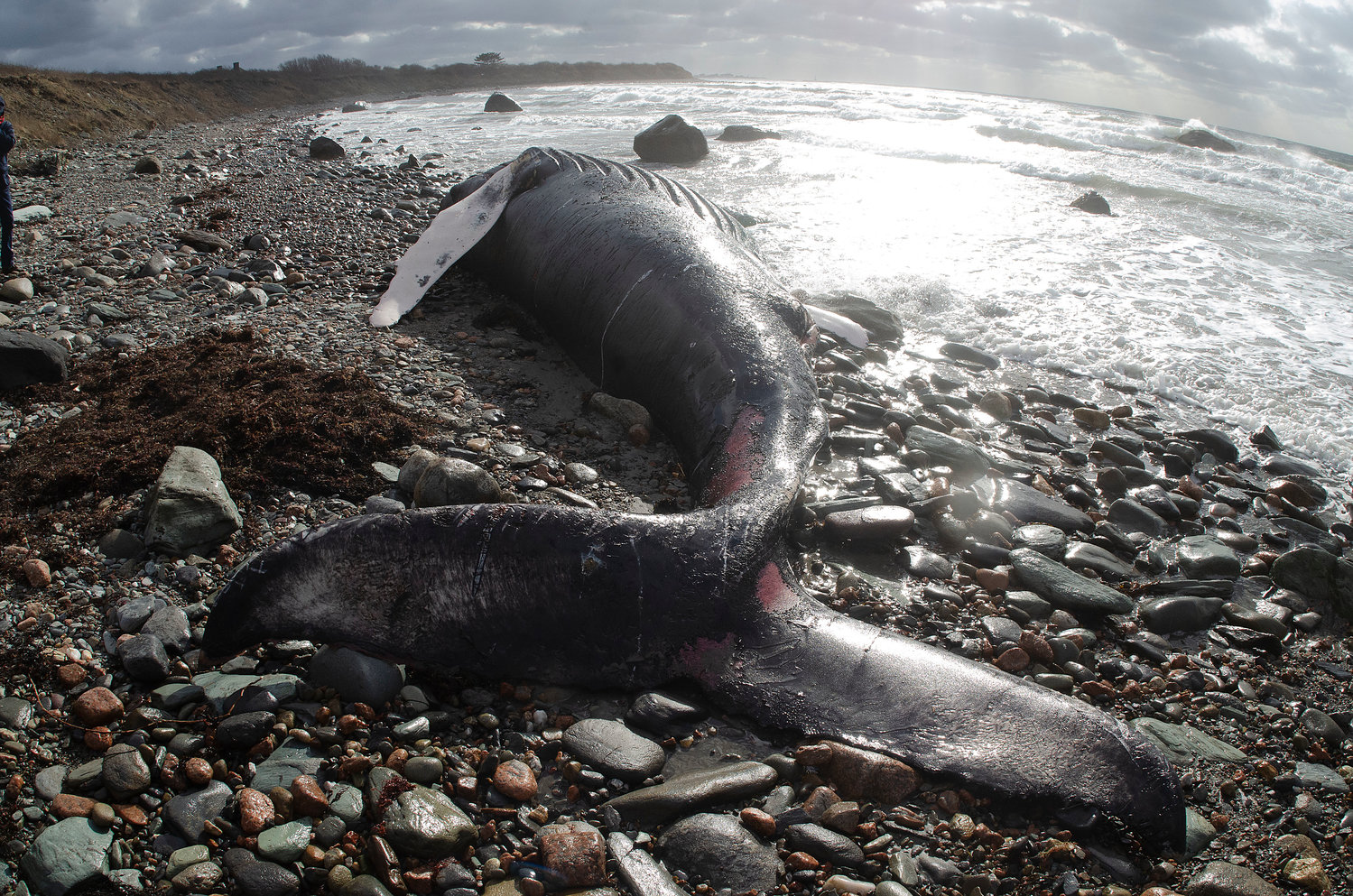 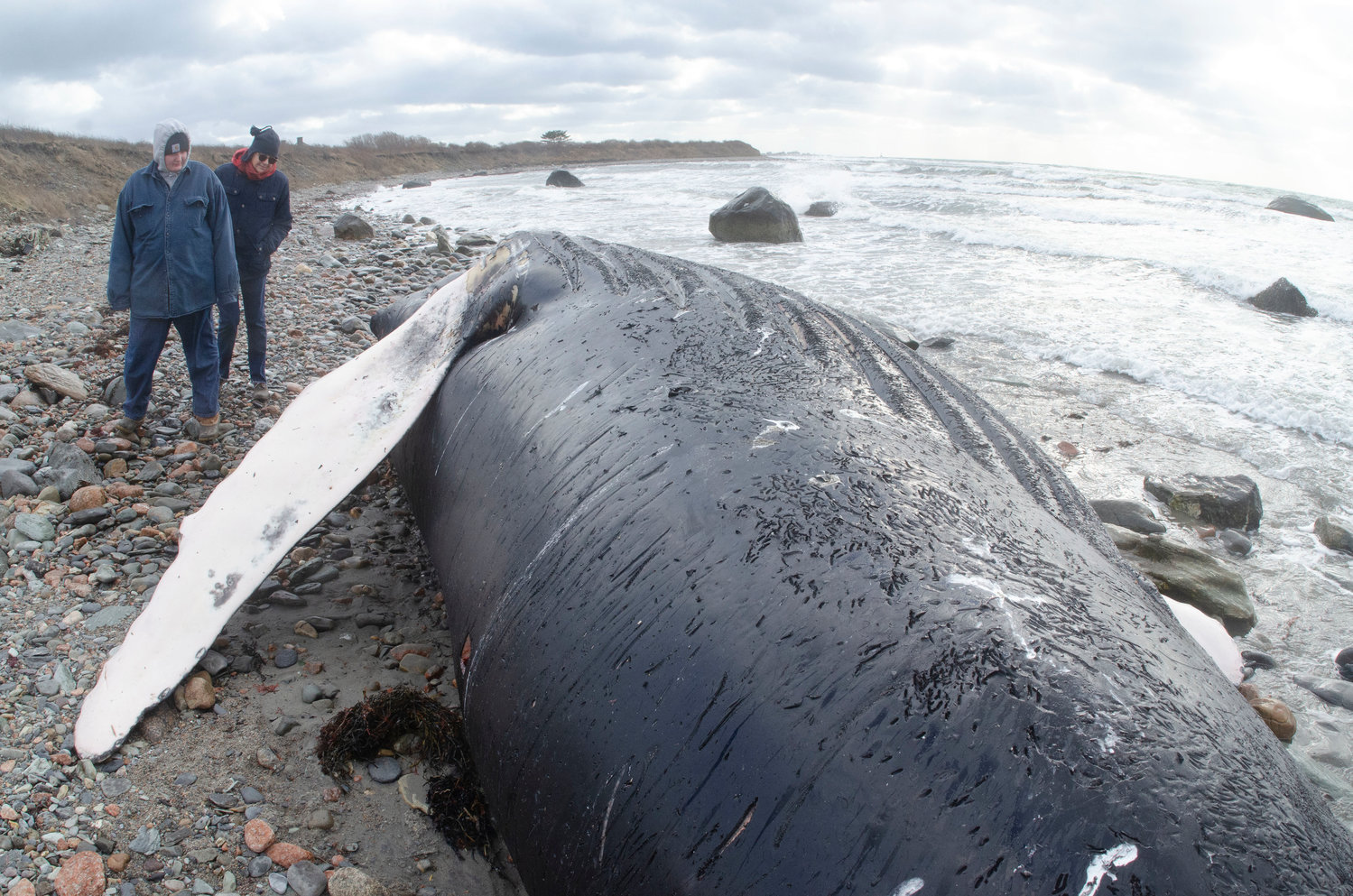 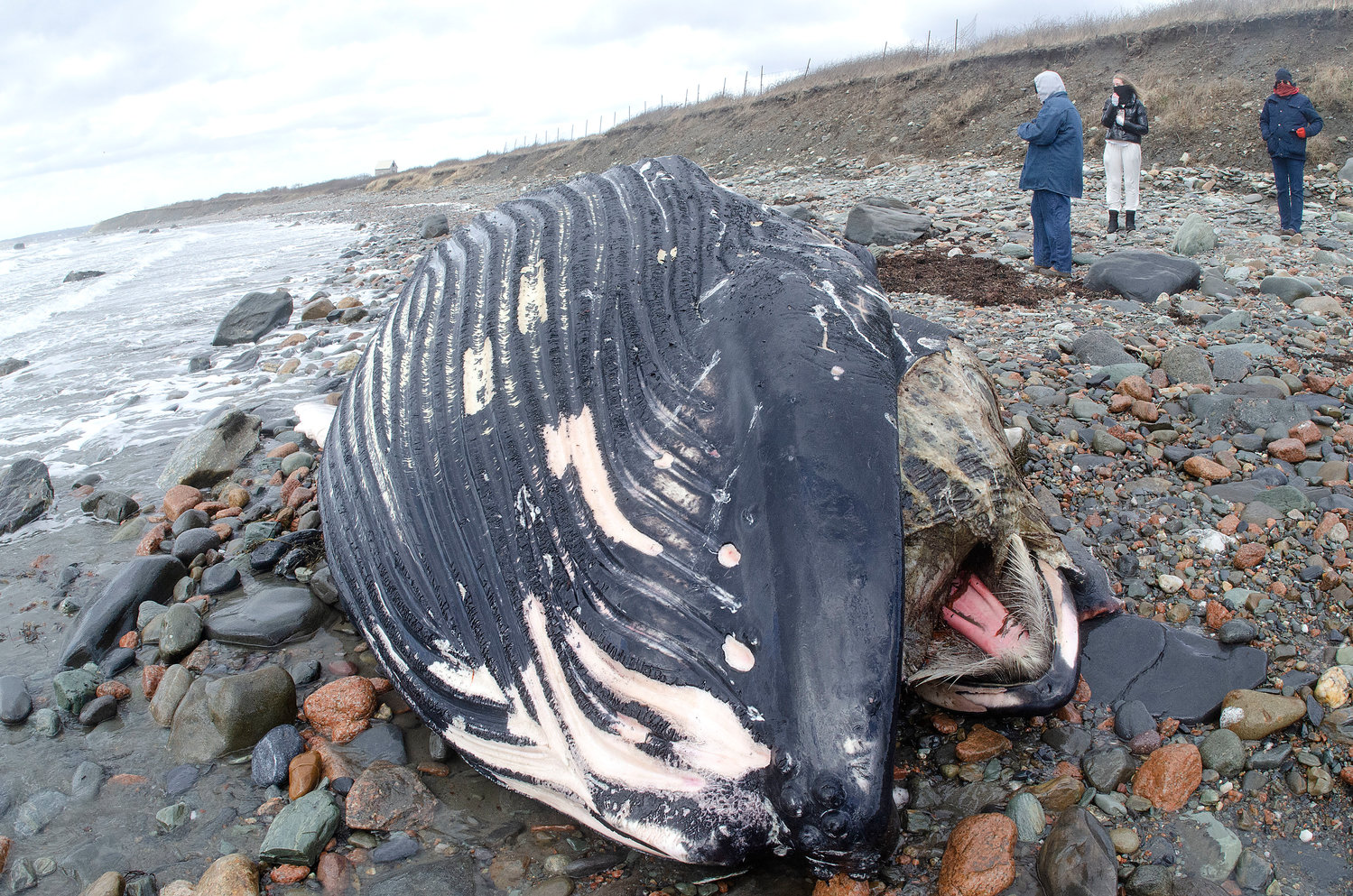 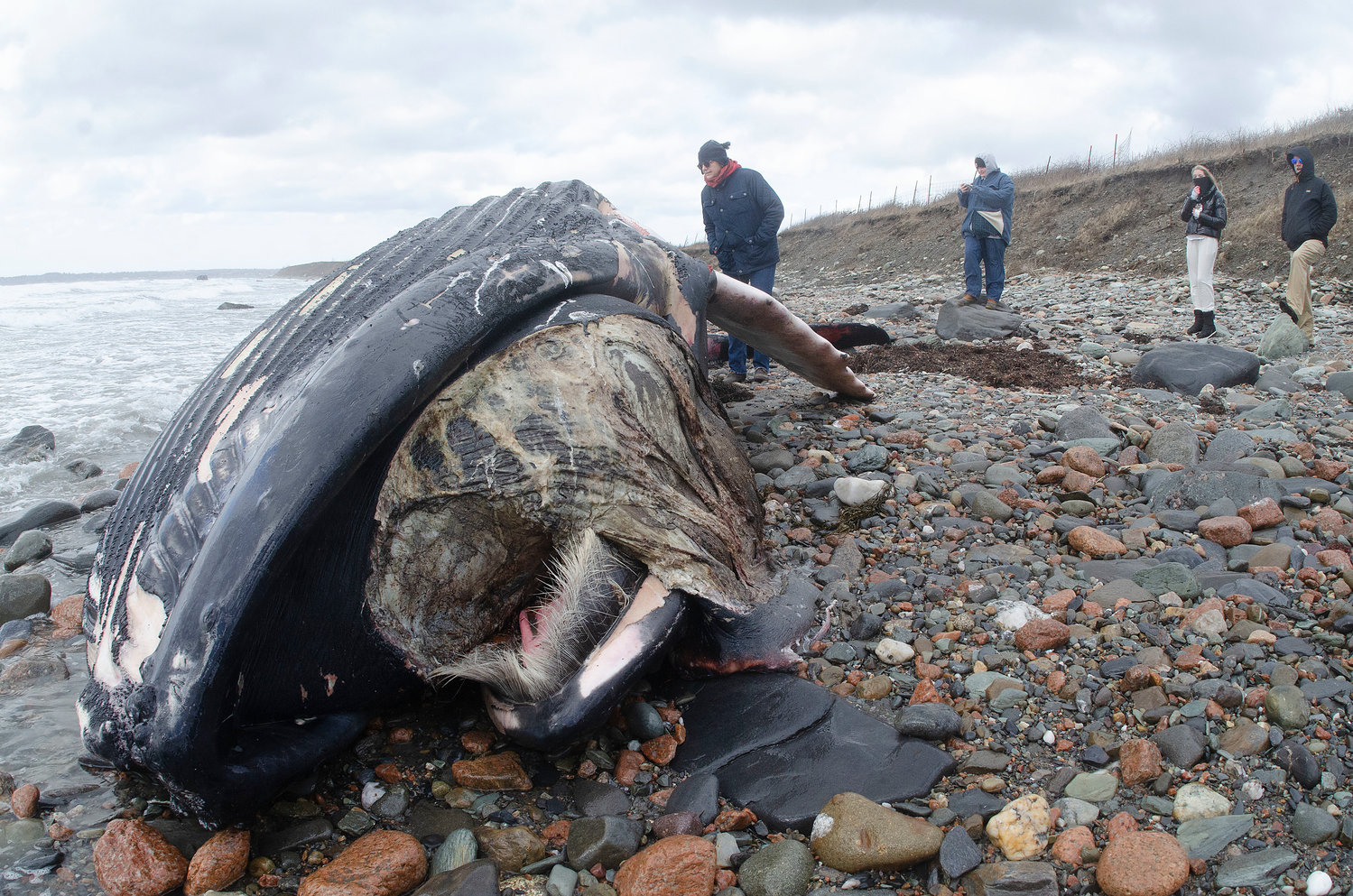 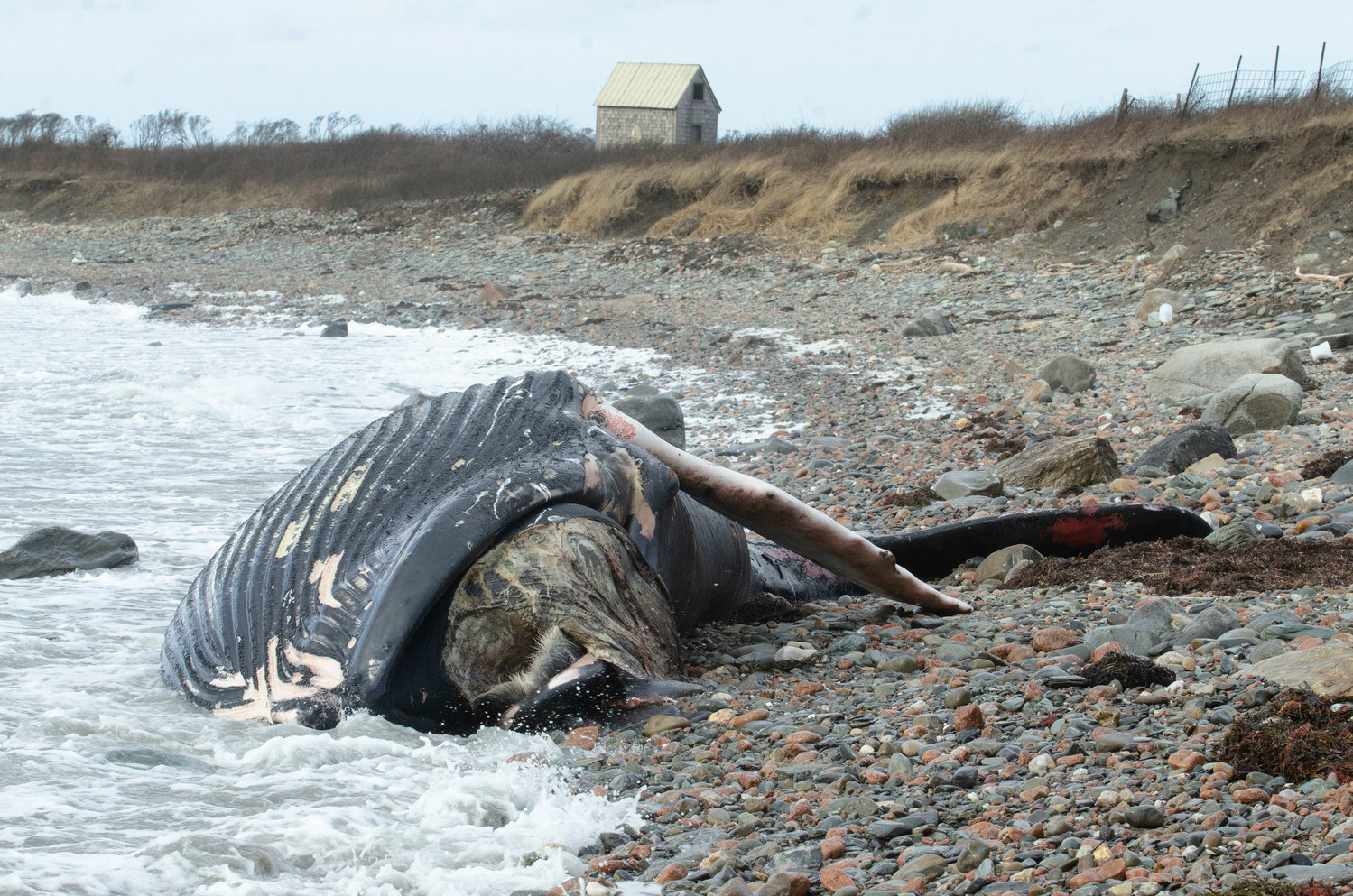 The 25-foot humpback whale discovered washed ashore along a rugged stretch of Little Compton coast Saturday has turned into a minor attraction, drawing a steady stream of curious residents despite the difficulty of getting to it.

The humpback, a young female estimated to weigh 10 tons, washed up at Church Cove, just north and west of West Main Road's intersection with Swamp Road.

A resident who spotted it first contacted the state Department of Environmental Management Saturday, and state biologist Scott Olszewski went out to inspect it later that day.

"There are no signs of entanglements from fishing lines or nets, no obvious scars, and no signs of a traumatic injury such as having been struck by a boat propeller," DEM spokesman Mike Healey said.

The lack of any visible injuries makes a necropsy important, Healey said, and biologists from Mystic Aquarium were called and will perform one Thursday, weather permitting.

"Whales are magnificent and in the truest sense of the word, awesome and humbling, and it’s really sad when one dies," Healey said. "That’s why we view a stranding like this, which has left a seemingly intact whale on our shores, as a gift to science."

The whale has attracted a fair number of visitors who came and went Tuesday and Wednesday with considerable difficulty. Accessing the spot is not easy — Taylor's Beach is a mile to the north,  the Sakonnet Golf Club a little further than that to the south, and the closest public road is nearly half a mile to the east. Most of those who have accessed it so far did so via a farmer who gave biologists and some locals access through his property. Others, including a busload of kids from the Met School in Newport, tried to access it from Taylor's Beach before giving up; the walk was too far and too rough along the rocky beach. Employees at the Sakonnet Golf Club walked to it from the northwest corner of club property.

Among those who made it  were Claire and Elizabeth Bowen, who couldn't resist having a look Wednesday afternoon. They walked out to the spot with their friend Aurora Scott.

"We just had to see it," Claire said.

The whale will likely be there for some time. Due to the remoteness of the site and the rocky beach, Healey said there are no plans to bury or move the whale. More than likely, it will remain there until being reclaimed by the elements.

"It's not the ideal scenario, but given the huge logistical effort that would be involved in trying to move the carcass, we're inclined to leave it where it is and let nature take its course," he said.