Mike Lombardi is a senior wing for Quinnipiac College

Granted, Barrington has produced numerous high-quality student-athletes. But how many have gone on to play Division I hockey let alone for a nationally-ranked team?

Mike Lombardi is a senior wing for Quinnipiac College 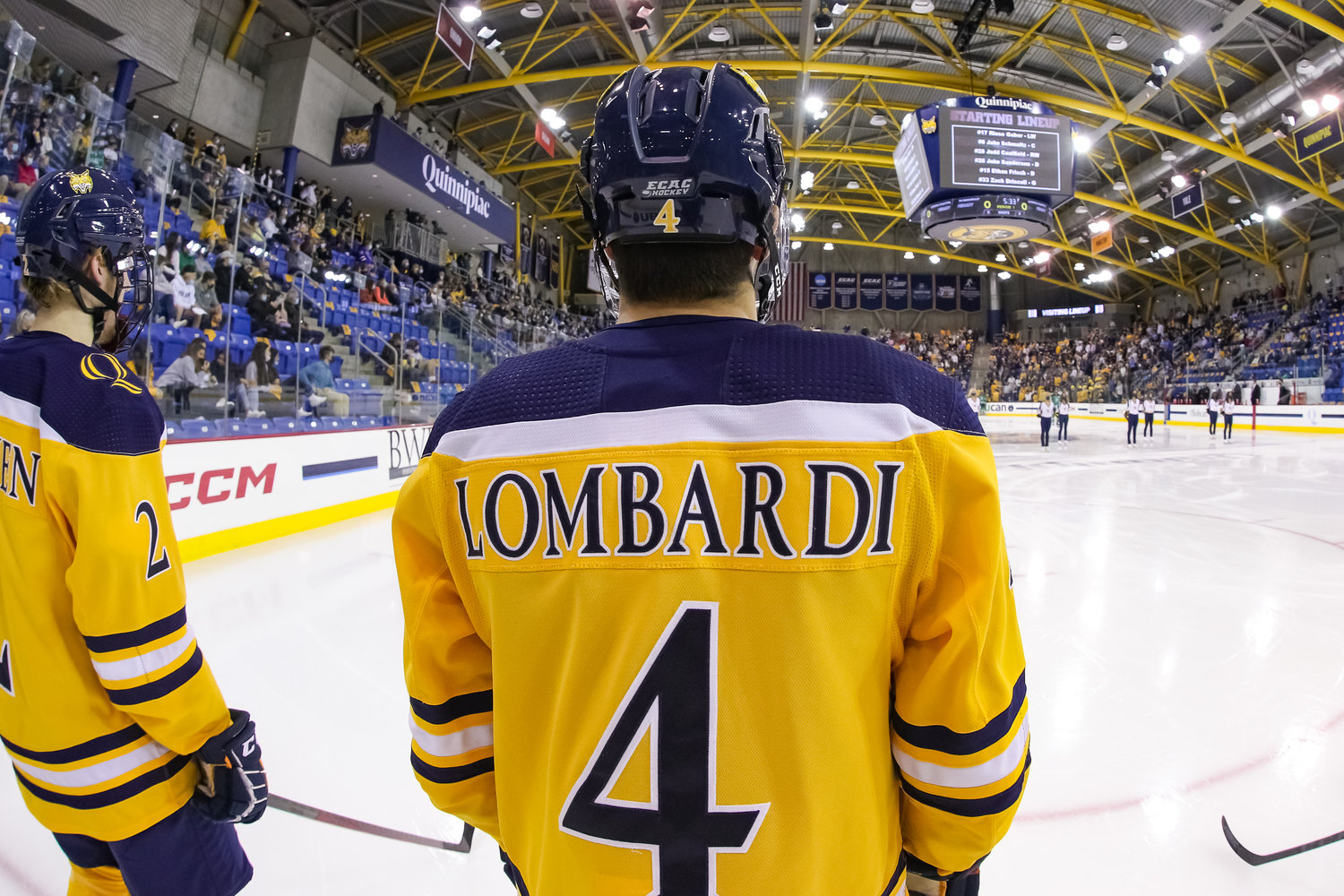 Barrington’s Mike Lombardi looks over the ice at Quinnipiac College. Lombardi has helped the team to a 16-1-3 record this season.
Rob Rasmussen 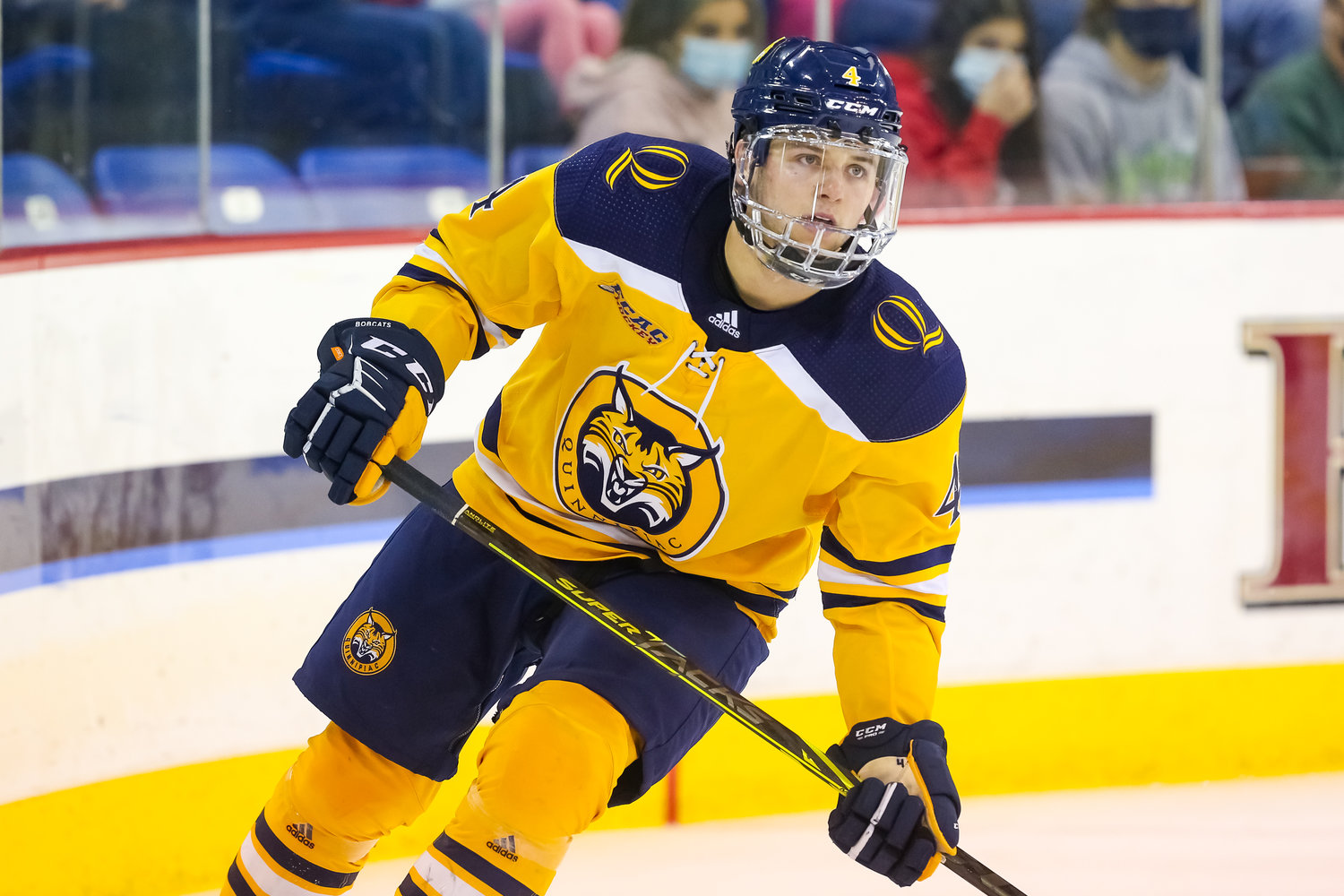 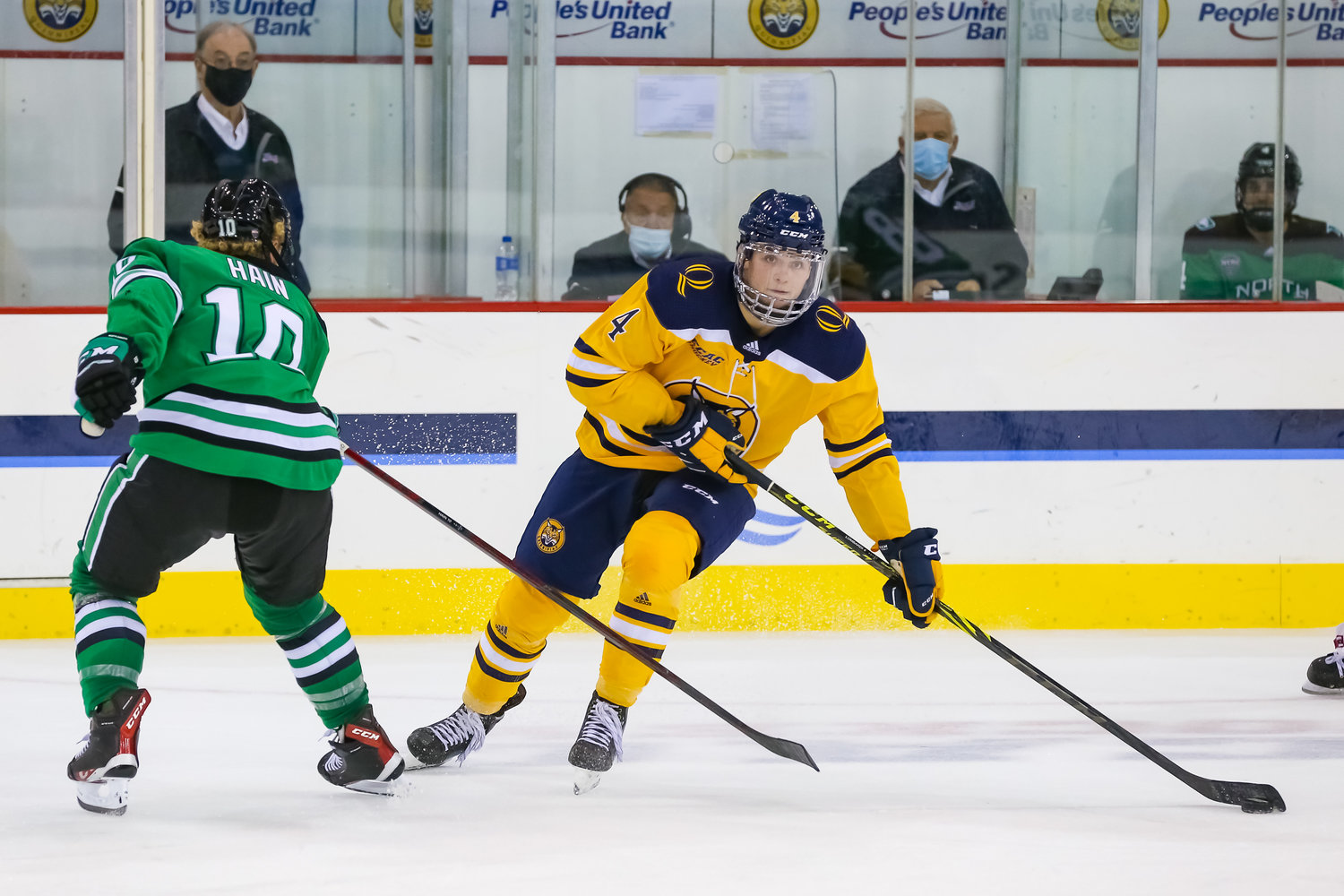 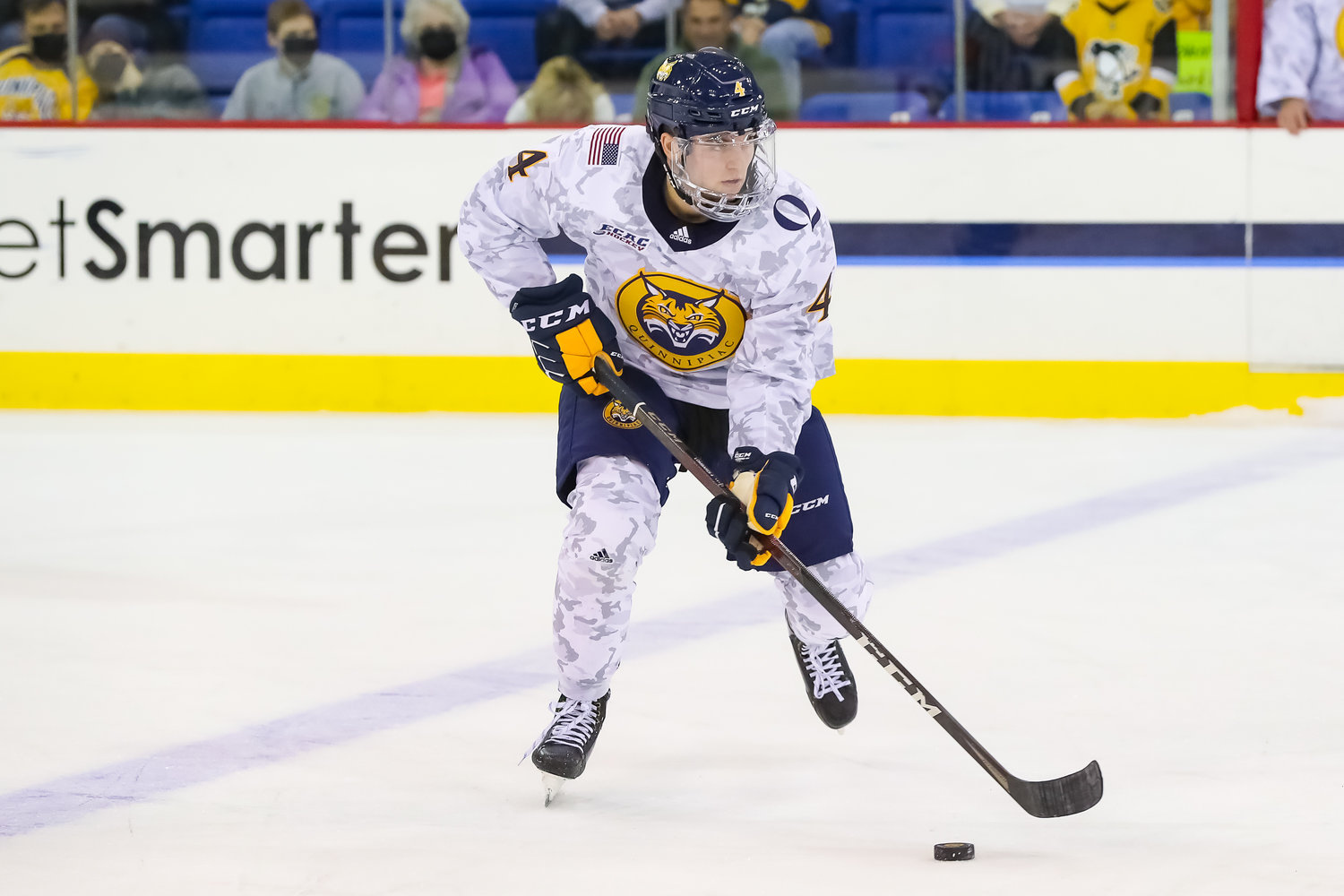 Barrington native Mike Lombardi crosses the blue line with the puck during a game for Quinnipiac College.
Rob Rasmussen
Previous Next
Posted Thursday, January 20, 2022 10:08 am
BY MIKE SCANDURA

Granted, Barrington has produced numerous high-quality student-athletes. But how many have gone on to play Division I hockey let alone for a nationally-ranked team?

Enter Mike Lombardi, a senior wing on the nationally ranked Quinnipiac College Bobcats. A recent check showed the Bobcats were 16-1-3 overall and 7-0-1 in the ECAC.

A large part of the team’s success has been due to Barrington native Lombardi.

Not only is he capable of scoring (17-21-38 career totals including four game-winning goals) but he’s also has a knack for staying out of the penalty box and being on the ice when the Bobcats score goals.

“We have a winning culture (i.e. under veteran coach Rand Pecknold the Bobcats have compiled a 549-326-97 record) and historically have won a lot of games,” Lombardi said. “We’re not a high-profile team but we have a chance to compete for a championship.

“We don’t always get the highest-recruited players but we have a good culture and we compete for a championship every year.”

“My senior year (at Kimball Union Academy) I was heavily recruited and I narrowed it down to a final three and Quinnipiac was my final choice,” he said. “It was easy once I took my visit.”

Lombardi already had a wealth of experience before he enrolled at Quinnipiac.

He played for the Boston Junior Bruins Under-18 team and then three seasons at Kimball Union where he posted 19-32-51 career totals. After that, he played junior hockey for the BCHL’s West Kelowna Warriors where his one-season totals were 14 goals and 21 assists.

“I played under coach Tim Whitehead (at Kimball Union) who coached at Maine for several years and he really took me under his wing and gave me a big opportunity,” Lombardi said while explaining why playing for Kimball and the Warriors prepared him for Division I hockey. “That turned out to be the main reason why I’m where I’m at.”

At one time, Lombardi skated with Rhode Island natives Matt Creamer (Warwick) and Matt Fawcett (Lincoln). But neither influenced his decision to play for Quinnipiac.

“I didn’t talk with them before making my decision,” Lombardi said. “They’re good friends of mine and I knew it would make the transition so much easier.  However, I wanted to make the choice on my own.”

One of Lombardi’s stats that jumps off the proverbial page is that through Quinnipiac’s first 14 games, he has a plus-21 rating. As a junior he finished with a plus-11 rating.

“Coach Pecknold prepares us every week so that helps us build confidence and play the best hockey we can play,” said a modest Lombardi.

Even more impressive is that fact that through his first 101 collegiate games, he’s only been assessed 10 minor penalties for 24 minutes. Arguably some players are penalized that many times in a month.

“I try to play hard and stay within the rules and use my body more than my stick,” Lombardi said. “I think that has a lot to do with it.”

Pecknold has flipped Lombardi between each wing. But Lombardi was far from succinct when explaining why he prefers to play left wing.

“I mainly play left wing but I will play some right wing,” he said. “I definitely prefer left wing because I have a left-handed shot.”

Despite his success Lombardi is not satisfied with what he’s accomplished.

“I want to continue to get stronger and faster which should make me a better player,” he said.

Not only does Lombardi excel on the ice but the same is true in the classroom.

Lombardi, who majors in finance, twice has been named to the ECAC Hockey All-Academic Team.

“They put a lot of things in place here,” he said. “We have a great support staff. I think a lot of guys on our team take a lot of pride in being students and not just athletes.”

Lombardi didn’t hesitate one second when asked who’s had the most influence on his career.

“I think it’s definitely my parents (Joe and Liz Lombardi),” he said. “They’ve made incredible sacrifices. They sent me to prep school and supported me through junior hockey.

“They’ve attended most of my games and have had a huge impact on my career.”