The Barrington Farm School is reminding residents that there is a new place in town to drop off your food scraps for composting. 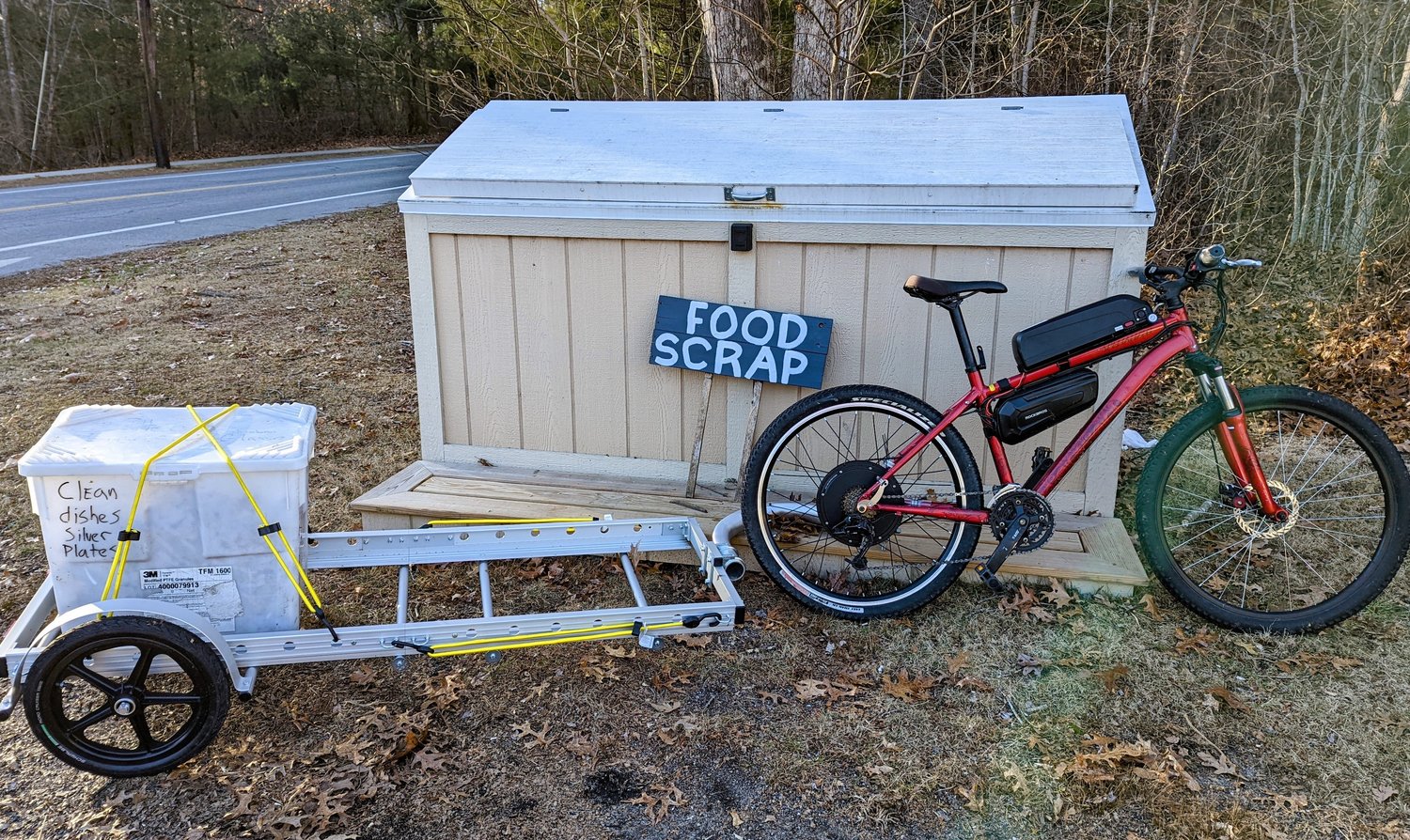 The Barrington Farm School is reminding residents that there is a new place in town to drop off your food scraps for composting.

A large collection bin was placed at the edge of the parking lot near the Kent Street tennis courts about three months ago. It serves as the second compost collection location for the Barrington Farm School — the other spot is at the farm itself near the corner of Middle Highway and Lincoln Avenue.

Barrington Farm School volunteer Tim Faulkner said there’s been a sharp increase in the amount of food scraps people have donated for composting over the last couple of years. In 2020, the farm school collected about 19,000 pounds of food scraps, but that number jumped to 44,000 pounds in 2021.

He said there is plenty of space for the compost at the farm, and it becomes a crucial ingredient in the success of future farm crops. In the past, the farm volunteers had to buy compost when they did not produce enough. Now Barrington Farm School officials are hoping that they can offer the compost to residents who need it for their own backyard farm plots.

The new collection bin offers residents across Hampden Meadows and the rest of town a convenient location to drop off their food scraps. He said volunteers stop by the bin once a week and empty the scraps into a container that they then transport via electric bike and trailer to the Barrington Farm School property. (The equipment was funded through the Conservation Commission as part of its effort to reduce residential waste.)

Mr. Faulkner said diverting food scraps out of the regular refuse offers a number of benefits —  it provides compost to the farm, it reduces the amount of money the town spends on tipping fees at the landfill in Johnston, and it extends the life of the landfill.

“Up to 40 percent of waste is organic waste, and roughly 25 percent is actual food,” Mr. Faulkner said. “There’s just a lot of food that’s wasted.”

Send an email to barringtonfarmschool@gmail.com to get access to the food scrap hub spot on Kent Street.