Low enrollment in the school's theater classes has prompted the district to phase out acting and theater electives, beginning in the Fall of 2023. 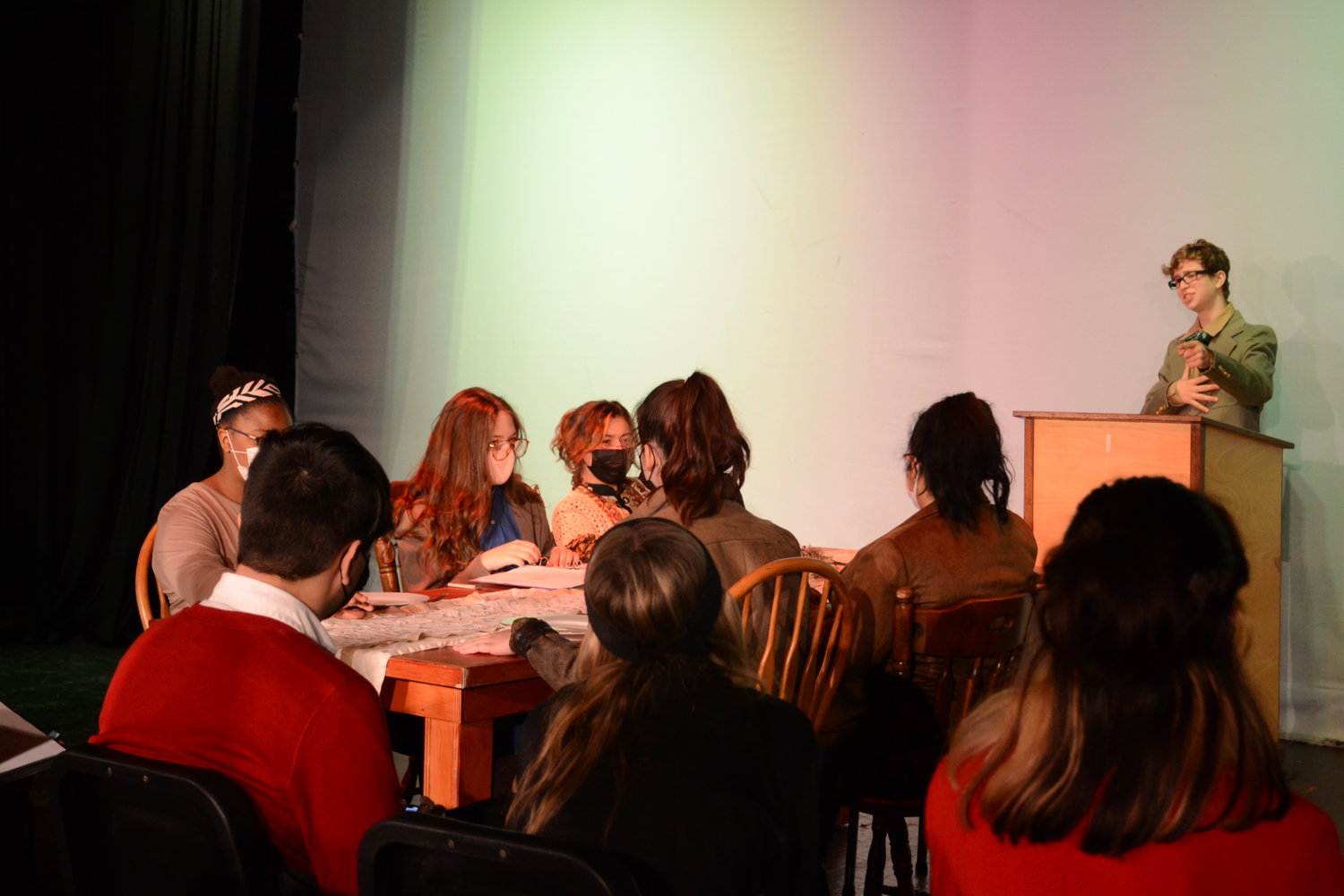 Low enrollment and interest in theater classes at Mt. Hope High School has set in motion the final act for teenage thespians in Bristol Warren.

Mt. Hope Principal Michelle King made the announcement that theater electives would be phased out in the coming years during a presentation on changes to the high school’s program of studies during the meeting of the Bristol Warren School Committee on Monday night, which was expounded upon by Superintendent Ana Riley.

“I know we have some very passionate folks about theater and acting. Our issue with it is we have to grow it. We really have to put some effort into growing theater and acting at the middle school to keep kids engaged and interested so we can have a robust set of offerings at the high school,” Riley said. “So I think we have a little back work to do to rebuild this program. Because I think we’ve been hoping every year that it would rebuild itself and kids would just come into it and more kids would be interested, but it’s been six years and that hasn’t happened. So we need to try a different tactic.”

Students currently enrolled in theater elective courses at Mt. Hope High School will be able to continue taking those electives through to their graduation, but new students beginning in the Fall of 2023 will not be offered theater electives.

Riley said, upon being asked by members of the school committee, that enrollment in the current semester for all theater courses combined was just 15 students, with 18 enrolled for the second semester.

When asked by Carly Reich if there had been conversations about growing the program at the middle school, or if anyone at Kickemuit was interested in taking a leading role in doing so, to which she replied there was no one currently who had expressed such interest.

“I think we need to do a little bit broader searching for folks,” Riley said. “If we don’t have someone currently on the staff who wants to do it, how can we do some community work to see if we can pull someone in to do that? If we have some parents who are really excited about art and music and theater and would be willing to kind of take this on. We have to broaden our search for someone who might be interested in leading that program.”

School committee member Sarah Bullard said that she wanted to see a firm commitment to that approach.

“I’m hoping it’s not just lip service to say that we need to get the middle school back up and running and that will solve all the issues. Because one of my biggest concerns is that kids aren’t going to miss what doesn’t exist,” she said. “I would just hope that there could be some kind of formal commitment to go back to KMS, to really put in the work and not just say, ‘Let’s try to find someone.’ I would really like to see people putting their money where their mouths are.”

Riley said later in the conversation that electives with low enrollment are always subject to removal, and that she understands theater classes hit a little harder emotionally for parents and kids interested in it.

“Any course that this has happened to over time, we’ve omitted that elective,” she said. “This one is just one that pulls at peoples’ heartstrings because it is a very arts-driven community and so there’s a lot of connection for folks in this community. We’ve been trying to honor it but we’re not doing the right things to address the root cause of the problem.”