We drove east — and south and north? — from East Providence to pay a late autumn visit to the Cape…”Cod," of course.

We took over a beach dwelling, like the literary … 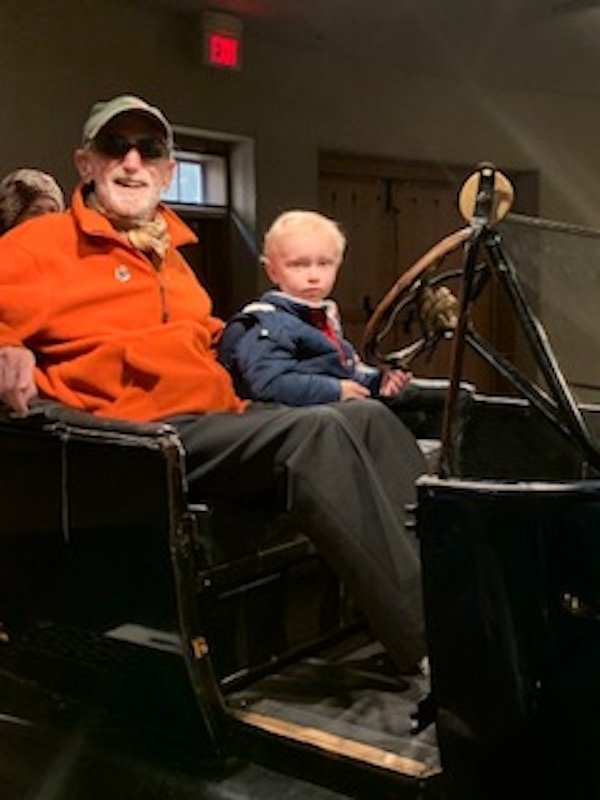 We drove east — and south and north? — from East Providence to pay a late autumn visit to the Cape…”Cod," of course.

We took over a beach dwelling, like the literary "Outermost House" with its rough surf directly on the Atlantic Ocean.

My wife, my "lady," was a bit nervous about the sea which was threatening to take over the entire residence, parlor, porch and all. Our son nevertheless kept me company on a stroll along the shoreline. Mostly, throughout the weekend, we visited the local museums and public gardens.

I file this report about its connections to East Providence: Looff, who designed the carousel in our Riverside, also created the merry-go-round in Sandwich. This marvelous garden was given to the town by the Lilly pharmaceutical magnate.

We went round and round and read on the walls that the Danish immigrant who built our Crescent Park was the artist who made this masterpiece. And I have a smiling snapshot of my grin of gratitude.

The other surprise in Sandwich was the museum of the "machine" — what we used to call the "car" — yeah, the automobile. And there as well the signage was both relevant and revealing and relevant to our "Post."

The early horseless carriages were things of beauty and sheer poetry. Their capitalist captain, however, was something less than heroic. Henry Ford published an infamous newspaper that revealed his prejudices and rather dreadful sympathies throughout the Duration. (of the prelude to World War II) but those vehicles nevertheless have shaped our continent. The highways, with all their deaths of man and beast, produced, at least at the start, some memorable models.

I took my grand-son Noah for a ride around this rodeo to check out the history not of the covered wagon but of the convertible, the sedan, the coupe all the way to the station wagon with its wooden doors. You could review and ride the wheels and tires of your life, decade after decade.

Now-a-days we are trying to escape from all this speed and to simply stroll around the block on foot in fancy sneakers and smell the flowers along the way.
Bon Voyage!

— Fink has been a professor of film studies at Rhode Island School of Design since 1958. His commentaries, which often link to his life-long association with the East Bay area and East Providence in particular, appear regularly in The East Providence Post and at eastbayri.com.