The Tiverton softball team has been on a bit of a roller coaster ride this season. In their two previous games, they crushed Cranston East, 19-9, on Thursday May 26th at home, then lost at West … 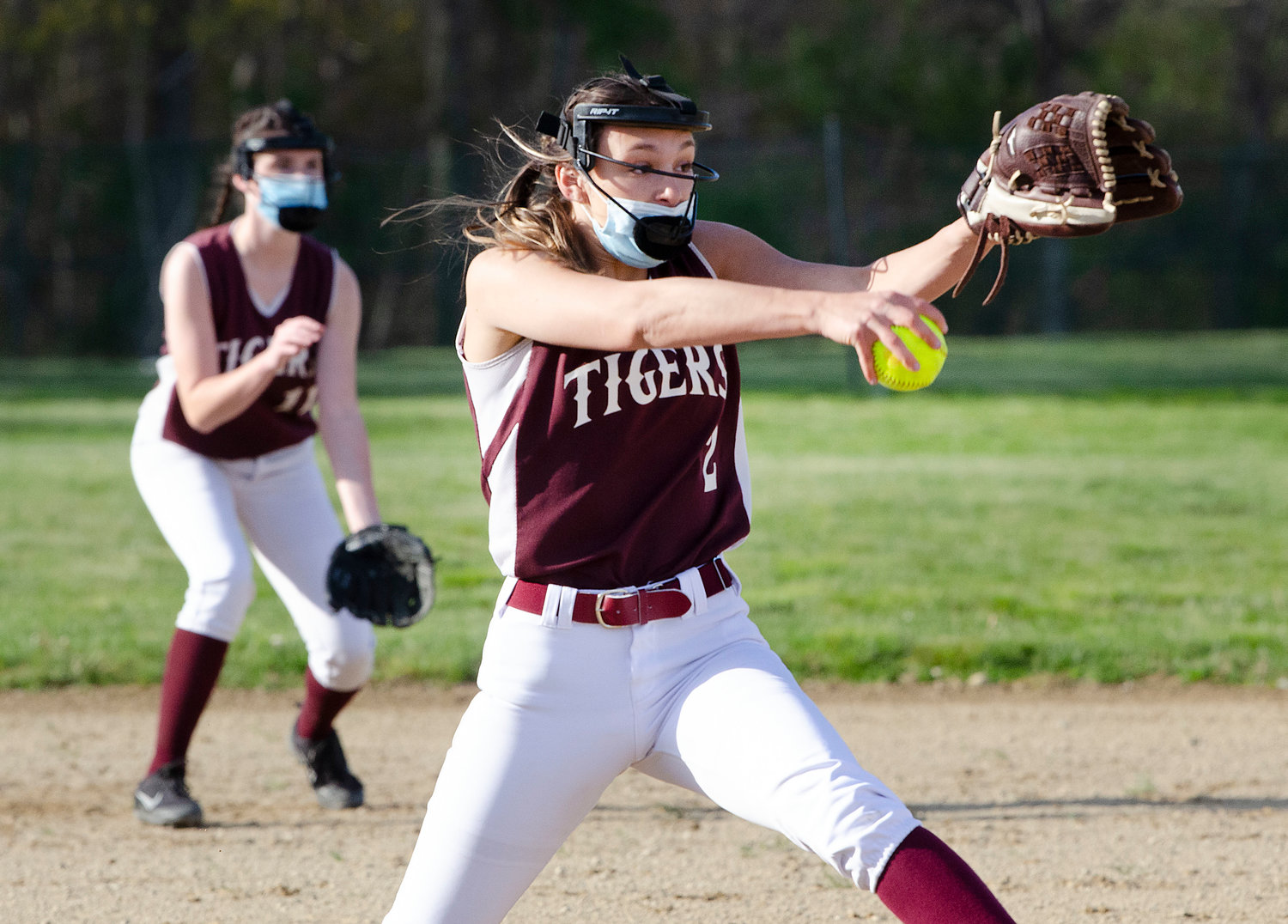 Tigers pitcher Grace Plourde had trouble finding the plate in the Cranston East victory, but pitched well, striking out seven in the loss to West Warwick. The junior has been a big part of the team's offense as well. Hitting third, she went fve for five with a homer in the Tiger's 19-9 win and recorded the only hit off West Warwick pitcher, Mackenzie Briggs.
Photo by Richard W. Dionne, Jr. 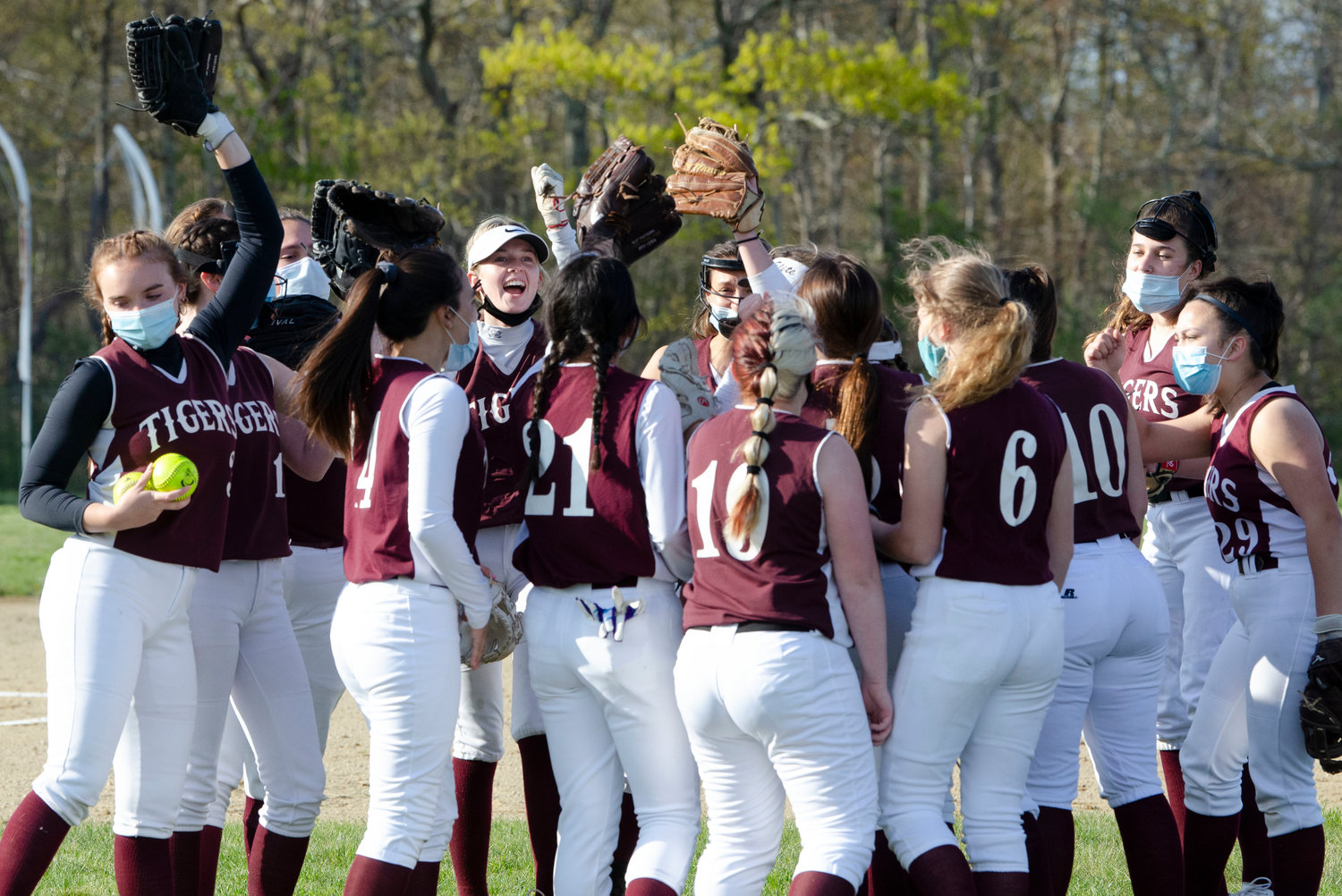 The team is still in the playoff hunt with four games left to the regular season.
Richard W. Dionne, Jr. 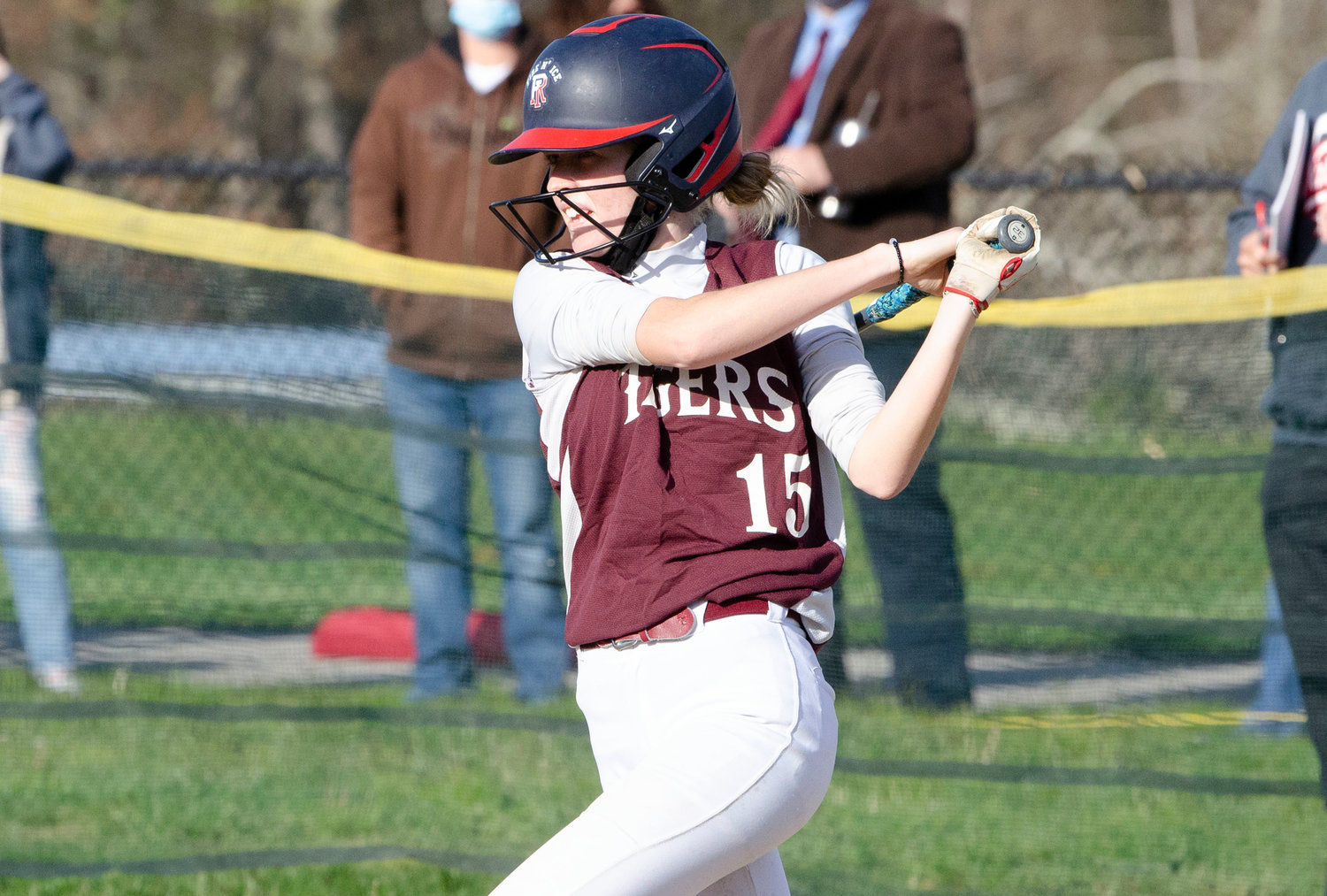 The Tiverton softball team has been on a bit of a roller coaster ride this season. In their two previous games, they crushed Cranston East, 19-9, on Thursday May 26th at home, then lost at West Warwick, 6-0, on June 2nd. The team’s record is 3-6 in Division III, and despite the losing record, the team is still in the hunt for the playoffs. Tiverton has four more regular season games left, two of which are at home, where they’ve won two of their three victories.

Plourde started the game against East, but had difficulty finding the plate. She walked the first two batters she faced, but got her self out of the inning unscathed, by striking out the side. The Junior got her self into more trouble in the second inning, walking three more, as East took a, 4-1, lead. Head coach Cory Motta had seen enough and brought in freshman pitcher, Abby Demello, who gave up one run, before settling down, and recording the third out. Demello struck out four, walked two and gave up five runs, on five hits, in five and 1/3 innings of work, in the 19-9 victory.

Plourde pitched well in the loss to West Warwick. She struck out seven, walked one, gave up six hits and three runs in four innings of work. Devin Bordner came on to relieve Plourde in the fourth.  The freshman gave up a hit and walked five for three more Wizard runs.

West Warwick flamethrower, Mackenzie Briggs,  struck out 17 in seven innings of work. Briggs, a junior, had a no hitter going against the Tigers, until Plourde broke it up and hit a triple in the seventh inning.

Tiverton plays at Burrillville on June 10th at 7 p.m.