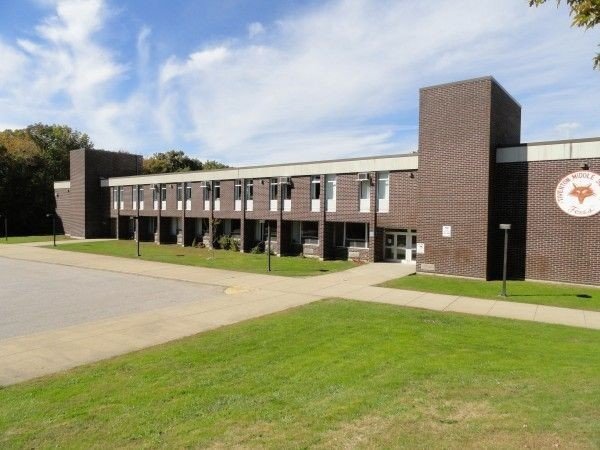 The opening of a new softball field at Tiverton Middle School has been delayed due to a difference of opinion between town and school officials on whether the Recreation Commission should manage scheduling and use of the field for non-school related sports events.

“It’s almost like a little political red tape running down the middle of something that I think is quite beautiful,” said Tiverton School Committee member Mike DeCotis, in describing the new field and his disappointment that the middle school girls' softball team will not be practicing on it this week, as he originally hoped. The team is currently using the field at Bulgarmarsh Park, and the season ends the third week of May.

DeCotis, who said he was acting as a private citizen, not a school committee member, joined parents, business owners, and others in a fund-raising effort last year to establish a baseball and softball program at the middle school — the first in its history. The group raised $15,000 through private donations and grants to cover costs for uniforms, equipment and the hiring of umpires. Additionally, funds were directed toward renovation of a ball field that is now used by the middle school boys baseball team and for construction of the new softball field that needs additional work before it will be ready.

The community group, represented by DeCotis, recently approached the town to ask if funds were available to help cover expenses related to completion of the softball field. DeCotis told the council that the fields will not be limited to school use; organizations such as Tiverton’s Little League, the new Women’s Softball League, and others would have access, with schools having first priority.

The town council agreed, voting on April 25 to appropriate up to $12,000 for completion of the softball field, while stipulating that the recreation commission should handle requests from non-school community groups who want to use the fields.

The source of the funding is a Tiverton Power Plant donation to the town of $100,000, intended for various community initiatives that fall outside of the annual appropriation process.

Prior to the vote, council vice president Mike Burk said the school committee should have included this project on its list of priorities submitted to the council as it was considering the allocation of various sources of funds, including casino revenue, during the budget process.

“It seems kind of underhanded — not by you.” she said to DeCotis. She said the school department has not maintained the property.

"Now all of a sudden we are going to use community money for something that’s actually school property so the community can use it.”

Burk, referring to the softball field, responded, “just to be clear, it’s not that they haven’t maintained it; it was never built.”

Cook continued to push back, saying improvements to school property should be financed by school rather than town funds.

“I just feel really uncomfortable. And then the schools are going to be in charge of who is going to be able to play on it. It looks like a great idea to use the community money, but I think it’s kind of out of place to be using it for that.”

Before its April 26 vote on a motion to accept the town council’s $12,000 allocation, committee members discussed their concerns about the council’s vote the previous evening. Committee chairman Jerry Larkin said an informal agreement in which the recreation commission is involved in scheduling the use of fields outside of school hours conforms to past practice; however, “if they are trying to set policy for the school district, they have no authority to do so and we can’t give them that authority even if we wanted to.”

“The school district has always been very welcoming to the community to use the grounds because they are owned by the town and we are all one community,” said Larkin. Though he did not mention her by name, he said he was disappointed by Cook’s use of the term “underhanded” in describing the school committee’s actions.

Larkin recommended the school policy subcommittee be directed to draft a policy to clarify the commission’s role in terms of handling the use of fields. The town council, he said, is now trying to set that relationship despite having no authority to do so.

Committee member Elaine Pavao said she is disappointed that conditions were attached to the allocation.

“I feel they are hanging that over our heads and if we don’t comply with that motion, we are not going to get the money…I can’t vote to support it.”

The motion to accept the funds was defeated, with Larkin and Pavao opposed and DeCotis in favor.  Committee members Diane Farnworth and Deborah Pallasch abstained due to an unrelated policy matter.

Larkin said this topic would be added to the May 10 agenda.