Mr. Cunha said he was anticipating a rally to be held on the town hall … 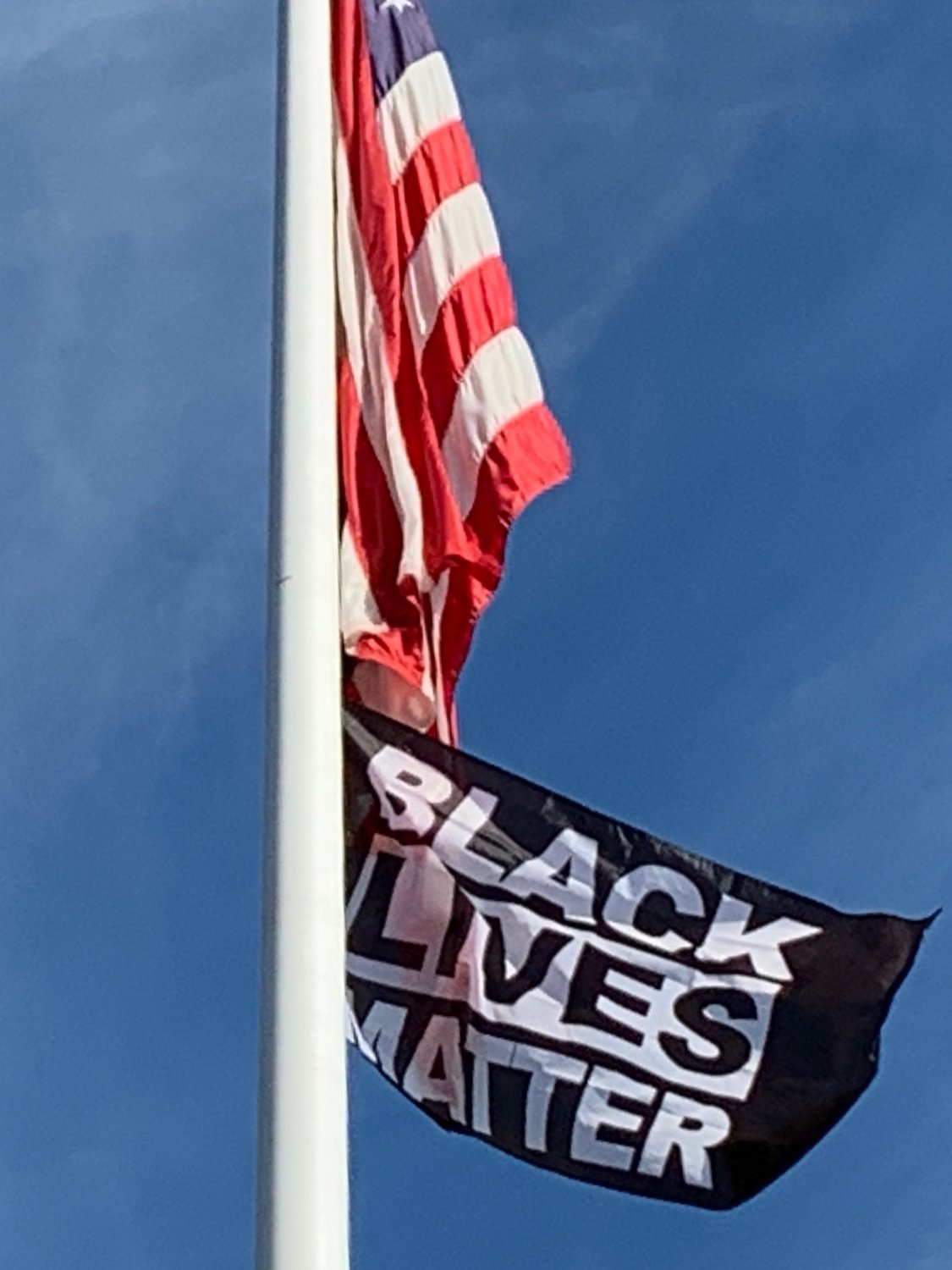 Mr. Cunha said he was anticipating a rally to be held on the town hall lawn last Saturday and thought it would be a nice gesture to fly the Black Lives Matter flag above those attending the event. Wet weather led protest organizers to reschedule the rally to next weekend, but the flag remained.

“It’s the right thing to do," Mr. Cunha said, during an interview on Monday.

Mr. Cunha said no one requested that the Black Lives Matter flag be raised, but he was expecting that it was just a matter of time before someone did. His decision to raise the flag appears to run counter to the town council’s approach to flag requests.

About a month ago members of the council discussed drafting a flag policy, but after a lengthy conversation during a July 27 meeting, members chose to skip creating a new policy. Instead, they said that if someone wants to fly a flag other than the American flag on the Town Hall pole, they can request it through a council member.

During Monday’s interview, Mr. Cunha said he did not discuss with any council members his decision to raise the Black Lives Matter flag on town property.

“I know enough about our town council,” he said. “I know they’d be supportive.”

Mr. Cunha later said that there is no ordinance to restrict what flags fly on the Town Hall pole. He added that the manager should not have to go to the council with every single request.

Other towns in the East Bay have raised the Black Lives Matter flag, including Warren and Bristol, both of which were endorsed by unanimous votes of their respective town councils. A “first responders” flag was also raised in Bristol this summer, before the Bristol Town Council drafted a new flag policy to set parameters for those decisions.

Earlier this summer, Barrington officials raised the Pride flag on the Town Hall pole, in recognition of Pride month. That move resulted in some push-back from members of the Barrington United Veterans Council. UVC members wrote a letter opposing the town’s endorsement of flying the Pride flag.

“It is the position of the United Veterans Council that the rainbow flag represents a political movement, and it is our belief that the town’s American flag displays should remain apolitical. We feel that out of respect for the diversity of all the citizens of this municipality, partisan flags of political and social movements should not be flown under the American flag on public land.”