Parents respond to class in the cafeteria, art and music rooms eliminated

For starters, a group of third-graders are using the cafeteria as a classroom. The art and music rooms were sacrificed to make space for other classes. …

Parents respond to class in the cafeteria, art and music rooms eliminated 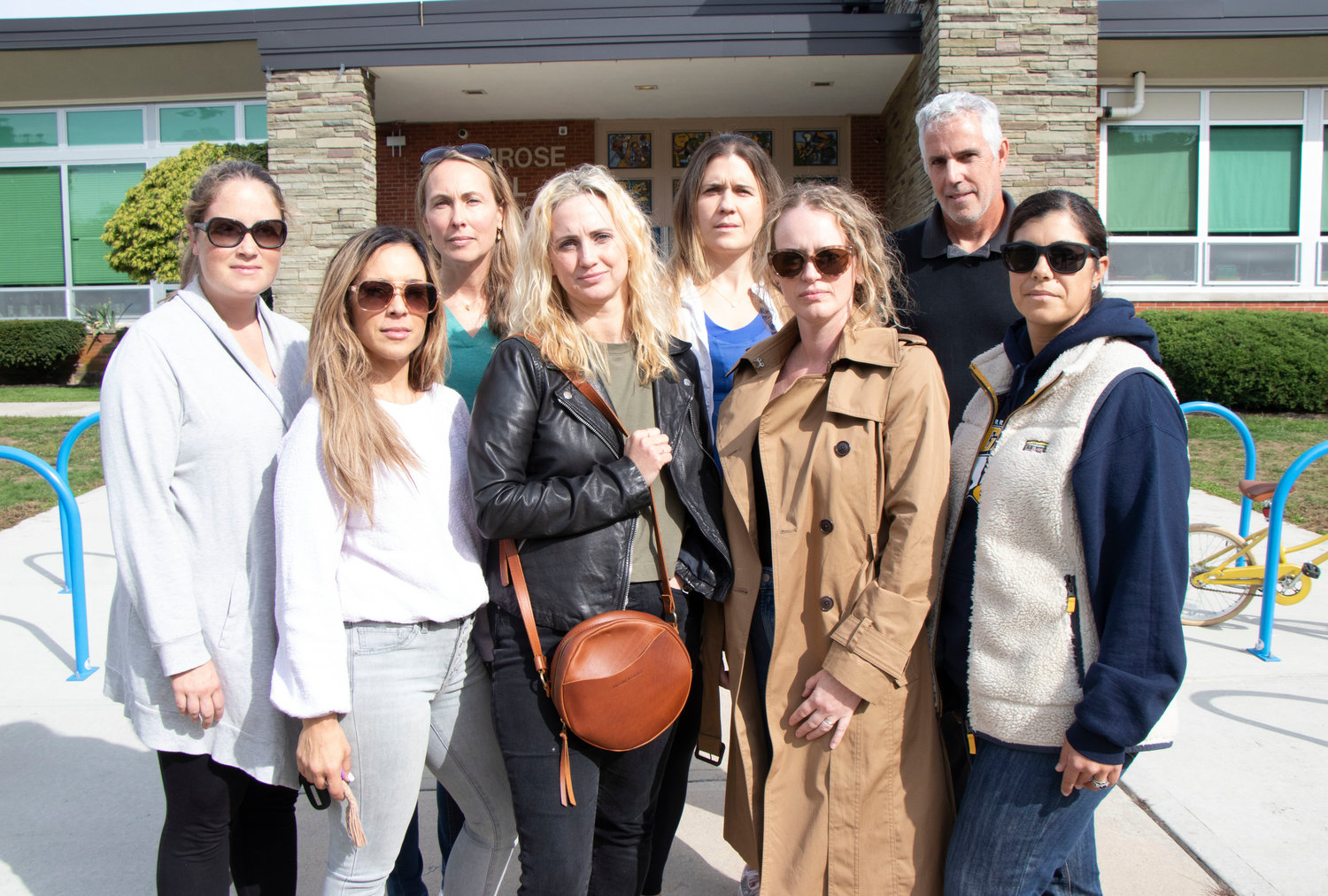 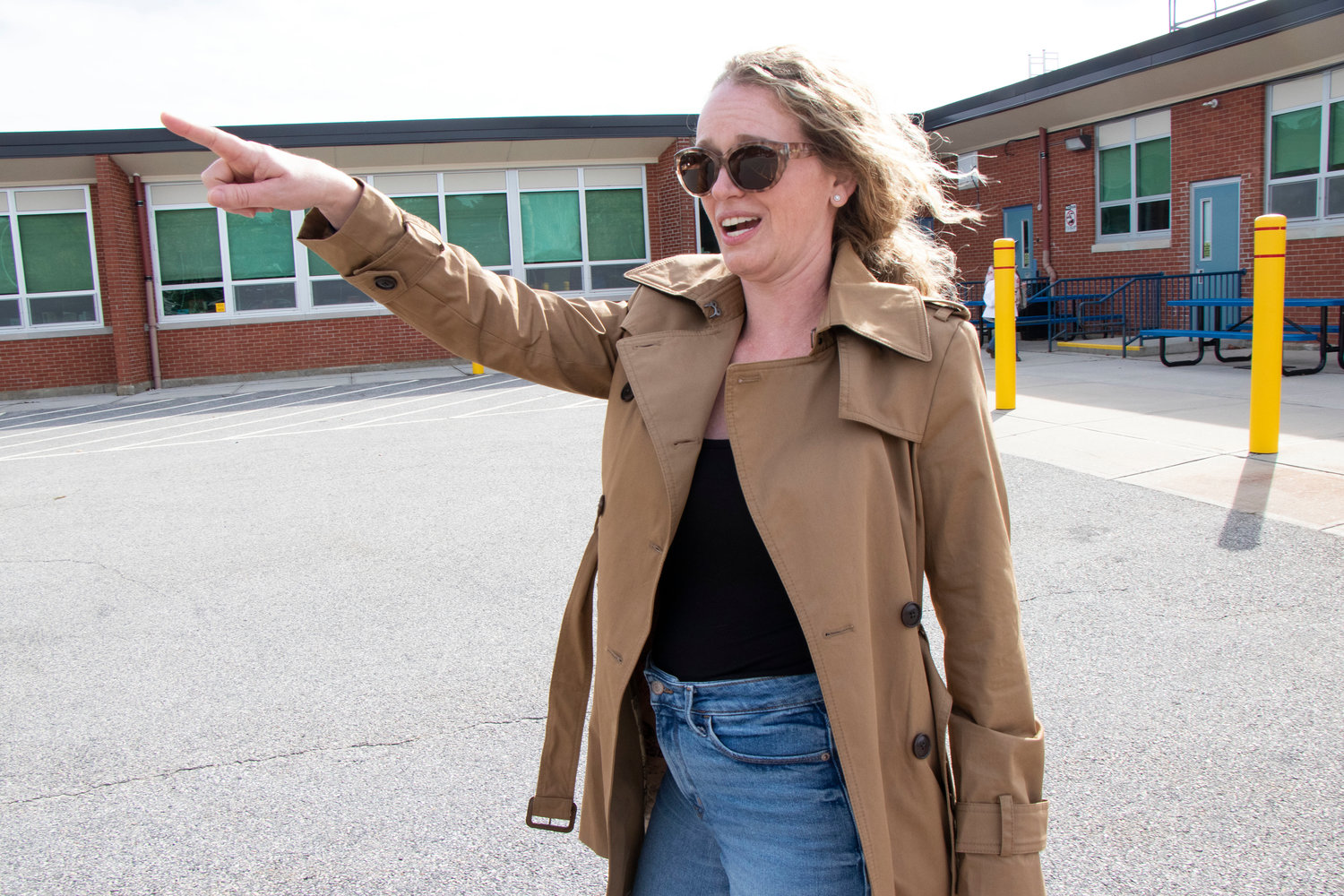 Erika Twohig speaks about where the modular classroom will go behind the school.
Photo by Richard W. Dionne Jr.
Previous Next
Posted Wednesday, October 5, 2022 3:24 pm
By Josh Bickford

For starters, a group of third-graders are using the cafeteria as a classroom. The art and music rooms were sacrificed to make space for other classes. And indoor recess means groups of about 50 students watching television in side-by-side classrooms.

Erika Twohig is very frustrated with the situation. She has two children in Barrington schools, including a third-grader at Primrose Hill. She said her daughter and her classmates have not been able to eat lunch in the cafeteria for years.

Twohig said that while students in the district’s other elementary schools eat lunch in cafeterias and switch classrooms for art and music, that is not the case at Primrose Hill.

“The only time they get out of the classroom is for gym or recess,” Twohig said, adding that they only have gym twice a week. Meanwhile, if the weather turns rainy, students have indoor recess, in their classrooms yet again.

“And this is the only school (in Barrington) where this is happening,” she said.

Kristen Pearce is equally frustrated. She has a child at Primrose Hill who has never experienced lunchtime in the cafeteria.

“Frankly, my kid should have lunch in the cafeteria. She shouldn’t be watching television (during lunch),” Pearce said. “There should be no television during school time. It should only be allowed for a special occasion. I limit television at home.”

On multiple occasions, parents have attended Barrington School Committee meetings and voiced their frustrations about the overcrowding at Primrose Hill School. They have criticized administrators’ decisions and planning, and questioned whether Barrington officials have intentionally overcrowded Primrose.

Primrose plays a unique role, as it currently houses all of the district’s pre-kindergarten students. — a number that has grown significantly in the last few years. There are currently four pre-kindergarten classes at Primrose Hill, sharing space with the standard K-3 population.

Barrington Superintendent of Schools Michael Messore said there are numerous reasons the district has seen an increase in enrollment for pre-kindergarten students. “It started to grow the last two or three years,” he said.

He said Barrington has one of the highest screening rates for any district in the state — about half of all 3-year-olds in town are screened by the district. If a screening reveals that a child needs early intervention, then the district is required to provide that, Messore said.

The superintendent acknowledged that Barrington schools could pay for those children to receive services at local private schools, or those services could be provided on a drop-in basis, but he said there are reasons for keeping the pre-kindergarten students together in the same building. The program can run more efficiently if they congregate teachers and other specialists in the same building, and they also allow students an opportunity to stay together with their classmates.

“I look at what’s best for the students,” Messore said, adding that he is not trying to diminish the services provided by local private preschools.

Twohig believes the addition of pre-kindergarten classes was by design.

“They’re not stupid,” Twohig said of the district’s administrators. “To overcrowd the building the way they’re doing it … It feels very purposeful.”

Some have suggested the district should spread the pre-K students across all elementary schools, thus reducing the physical demands on any one facility. Messore rejected that premise. He said that while there may be available space in the other schools, it would require personnel to travel between buildings, cutting down on their collaboration time. Messore added that Primrose Hill School also features a playground designed for pre-kindergarten students.

Waiting for a modular unit

Messore said the district has been looking to bring in a modular classroom unit for Primrose Hill since the start of the summer, however supply chain issues have delayed the unit’s arrival.

During an interview on Monday, Oct. 3, Messore said he was hopeful the modular classroom unit would arrive this month. The unit will include two classrooms, have heat and air conditioning and a restroom. Messore said one of the classrooms will be used for art and music, while the other will be home to the third-graders currently using the cafeteria.

A Primrose Hill teacher spoke out at a recent school committee meeting, criticizing the apparent delay in ordering the modular classroom. She said district officials already knew that space was tight at Primrose. She also questioned why pre-kindergarten sections were changed from half-day to full-day, considering the limited space available at Primrose Hill.

She responded to the comments of some parents who are upset that students are not able to eat lunch in the cafeteria.

“Our kids are minimally impacted,” Lavigne said, adding that Barrington is pretty privileged when parents are complaining about their children eating lunch in their classrooms.

Lavigne said she grew up in Westport, Conn., and was surprised to see the condition of Barrington schools. She said her high school in Westport had a pool and offered swimming in physical education classes.

“We had amazing facilities,” she said.

Lavigne said she would like to see Barrington’s school facilities improved.