The director of the Bristol Senior Center has been charged with embezzlement, among other crimes, as the town continues to investigate an alleged “double dipping” scheme in which … 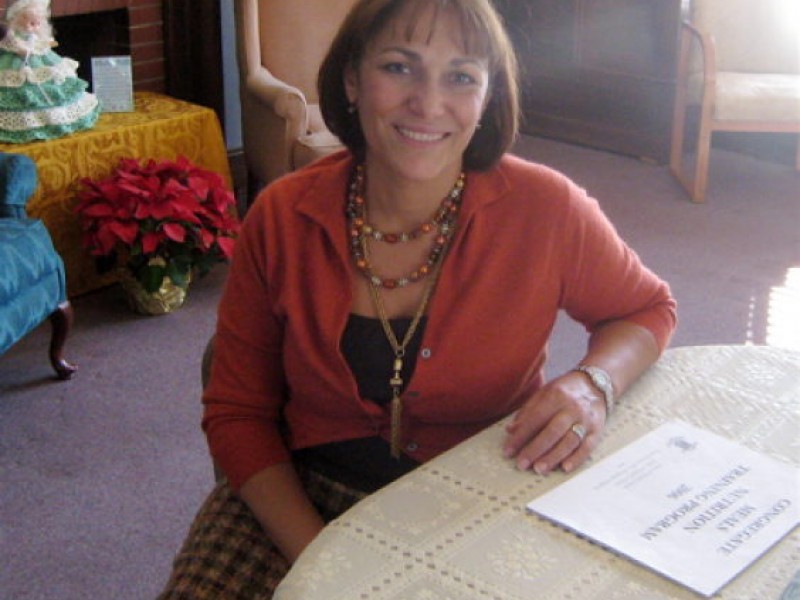 The director of the Bristol Senior Center has been charged with embezzlement, among other crimes, as the town continues to investigate an alleged “double dipping” scheme in which she’s accused of padding her town income.

Maria Ursini, 52, of 40 Kingwood Road, was charged last week with embezzlement, obtaining money under false pretenses and filing a false document with a public official. The first two charges are felonies. Ms. Ursini turned herself in at police headquarters last week.

Town Administrator Steven Contente kicked off the investigation earlier this year when he cut the senior center director’s salary in half, saying she was “double dipping” by taking salary from a two substance abuse prevention grants for which the department applied last year.

Ms. Ursini, who did not return requests for comment this week, said earlier she was “absolutely not” double dipping and all income she received from the grants had been approved by the former town administrator. Still, she accepted the $20,000 salary reduction Mr. Contente imposed last month, prior to the charges.

After assuming office in town hall last December, Mr. Contente said he reviewed the salaries of all department heads — to which Ms. Ursini’s position had been elevated under former Administrator Tony Teixeira — when he learned that Ms. Ursini’s salary was being supplemented by two outside sources. Her town salary totaled $41,000 a year, but she was also earning $42,000 a year from a Drug Free Communities grant and $9,800 a year from a Substance Abuse Taskforce stipend.

“During the budget process, I was looking at salaries and found out she was, as I see it, double dipping,” Mr. Contente said. “Grant funds are supposed to supplant salary, not supplement it. How can you hold down two full-time jobs? It seems there are ethics violations there. It’s not the money; it’s the shiftiness.”

Mr. Contente said Wednesday that Ms. Ursini is “not being compensated by the town for her duties at Benjamin Church Senior Center.” She has not formally been fired, because she did not formally work for the town. The position, while funded by the town, is hired by the board of directors, to whom the director reports. Mr. Contente is trying to change that, filing legislation with the Town Council to establish a “coordinator of senior services” position who is appointed by the town administrator and reports to the director of Parks and Recreation. The council was expected to consider the proposal Wednesday night.

Ms. Ursini — who actually started her work for the town as a substance abuse coordinator before becoming senior center director — has said the accusations caught her by surprise because her predecessor, Mr. Teixeira, approved the duties and income that came with the Drug-Free Communities grant. Indeed, Mr. Teixeira signed the grant application, which was awarded last summer in the amount of $125,000 a year, $90,000 of which is set aside for personnel costs. Half of the salary goes to Ms. Ursini.

“I absolutely was not (double dipping),” Ms. Ursini said. “I didn’t do work for the grant while I was doing my work for the senior center. The drug free communities grant work is not one I have to sit at a desk 9-5. I’m here to work, to do my job and service my community. But I feel like the finger’s been pointed at me.”

“I’m not here for the money. If this was about money, why would I work for the senior center for $41,000,” Ms. Ursini said, noting she used personal time for the town for any travel or training sessions associated with the grants. “I just do my job the best I can. It’s sad what’s been going on here the past couple months; every day’s been a challenge. I don’t feel I undermined anyone. This is all out in the public. I didn’t expect to get that call. But when he said this doesn’t look good, I said, OK, what can we do?”