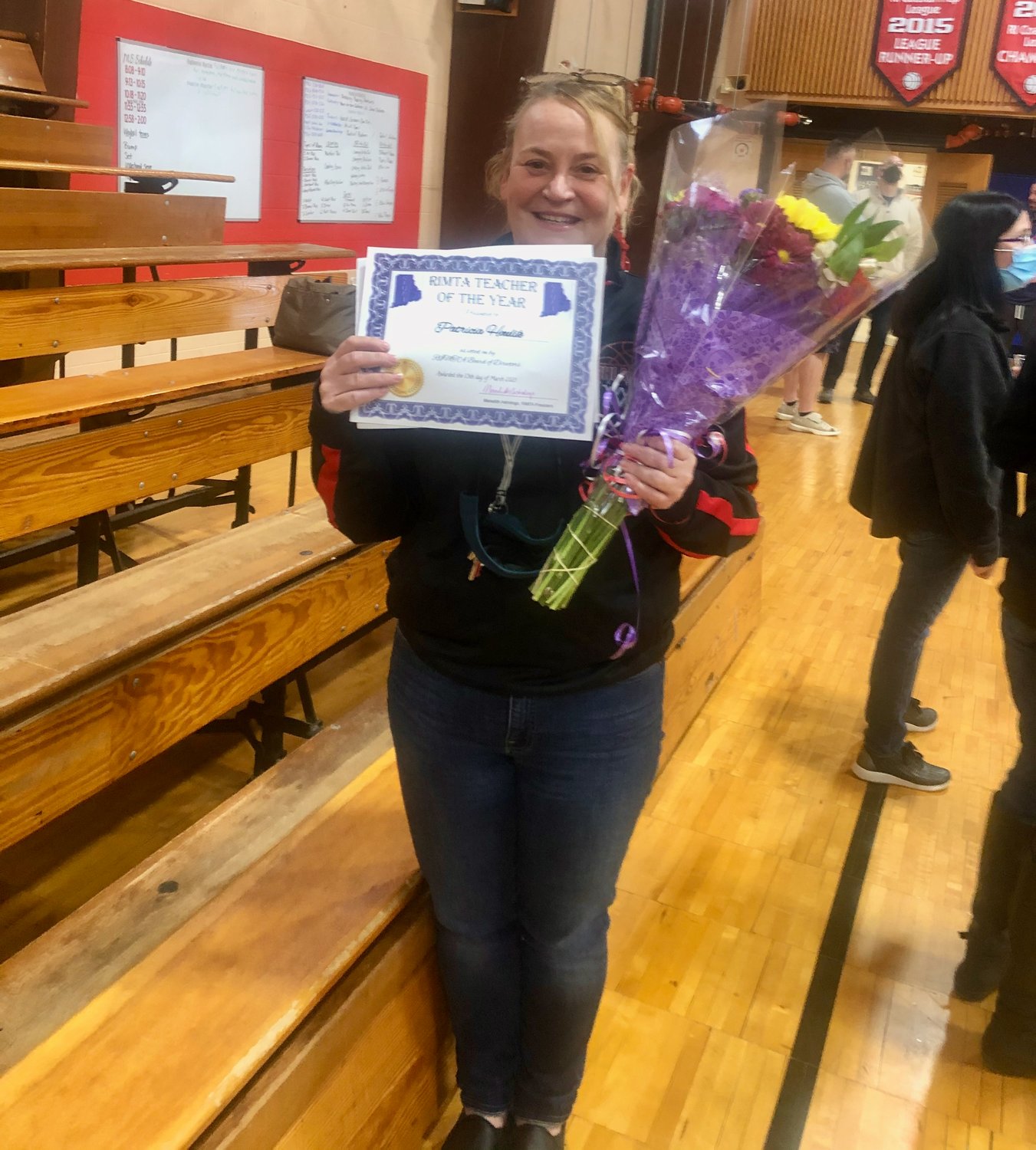 Patty Houlik of Portsmouth with her Outstanding Math Teacher of the Year certificate from the Rhode Island Math Teacher’s Association.
Posted Saturday, March 20, 2021 10:35 am

PORTSMOUTH — Patty Houlik of Portsmouth was presented with an Outstanding Math Teacher of the Year award from the Rhode Island Math Teacher’s Association during a ceremony at Highlander Charter School in Warren on Friday.

Ms. Houlik began teaching at Highlander in the fall of 2008 using her engineering background to inspire students to learn and love math.

“As a teacher, Patty has created a culture of excellence,” stated a press release from Highlander. “She meets students where they are and in doing so, is able to close gaps. On any given day she is instructing one group, while two or three other small groups are working in different areas, engaging each other in peer-assisted learning. The growth her students make year after year is unmatched.

“Patty also partners with parents and guardians regularly sharing positive feedback and concerns. She also meets with them when they have concerns and want to plan for their student(s) to make improvements. Patty reaches out to offer after-school tutoring and has the highest tutoring enrollment compared to her colleagues.”

Two years ago, Highlander’s middle school student council awarded her with the “Most Dedicated Teacher” Award. The council stated the following at the awards ceremony:

“This teacher is dedicated to helping her students succeed and go beyond their expectations. She offers up her help before and after school hours just to see us succeed. This teacher takes the time to break down every mathematical equation to detail and helps students understand content and achieve their goals. This teacher shows it’s okay for everyone in the class to not be at the same level. She lets you learn at your own pace and has no problem with it. She gives her students daily encouraging speeches on what they have to do before the school year ends.”

According to Highlander, Ms. Houlik gives “over 100 percent of herself” each day to her students and colleagues. “She requests and takes feedback from her students, who have helped her mold the math program into what it is today. Patty has a leadership role at Highlander, starting off as the math coach and then becoming the Math Department head. She troubleshoots, mentors, observes, coaches, and supports the math team. She has also opened up her room as a model classroom for others. Patty works tirelessly, without seeking praise, for our students, ensuring mathematical success for all.”

“She works tirelessly, without seeking praise, for our students, ensuring mathematics success for all,” she said in her letter nominating Ms. Houlik for the award.