They’re on East and West Main roads, Rte. 24, and the Mt. Hope Bridge

PORTSMOUTH — Portsmouth is a Purple Heart town, and has the signs to prove it.

They’re on East and West Main roads, Rte. 24, and the Mt. Hope Bridge 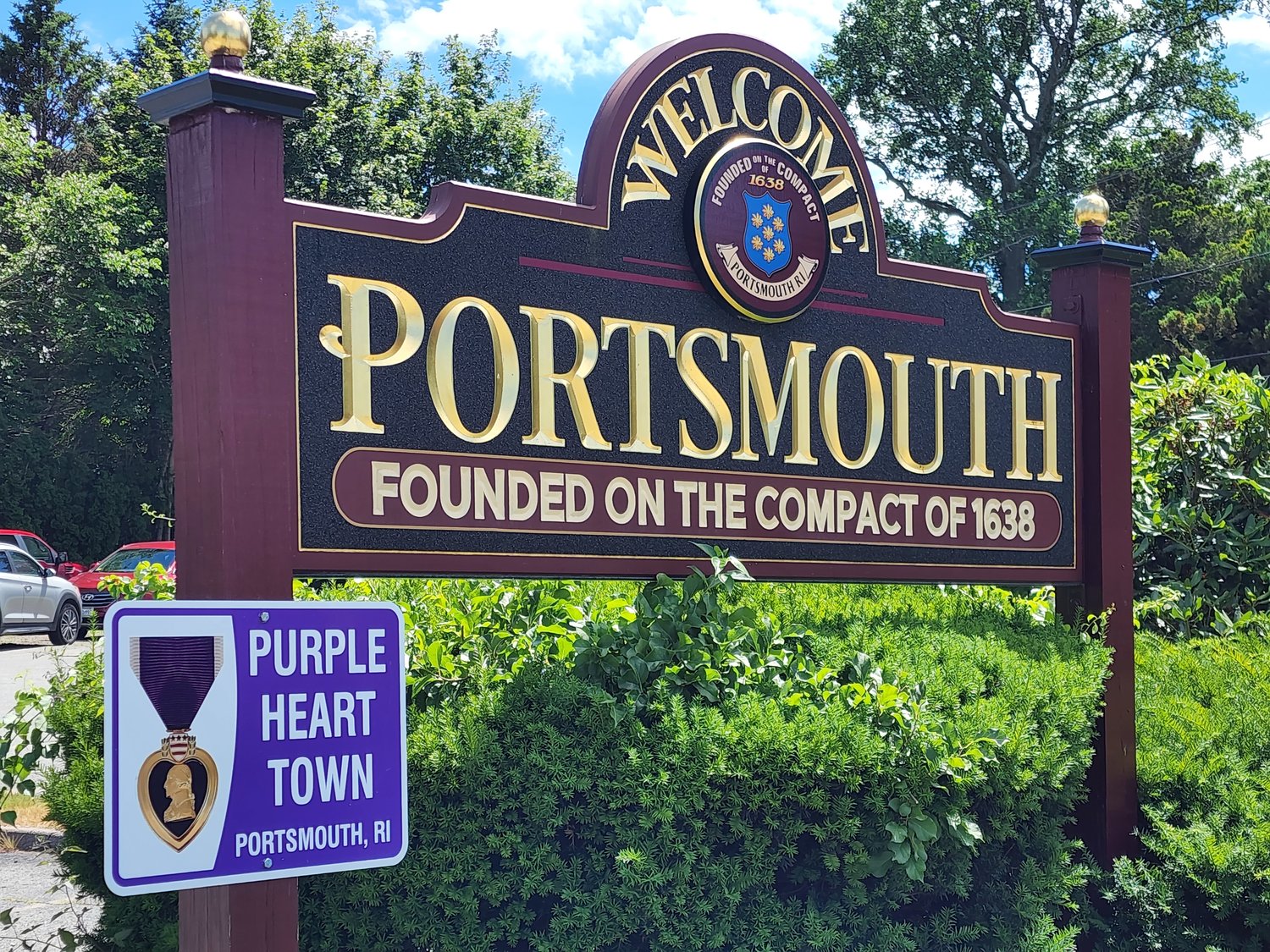 PORTSMOUTH — Portsmouth is a Purple Heart town, and has the signs to prove it.

The Department of Public Works recently installed four signs around town that proclaim “Purple Heart Town — Portsmouth, RI,” along with an image of the medal.

The Purple Heart medal is presented to service members who have been wounded or killed as a result of enemy action while serving in the U.S. military.

It is the nation’s oldest military medal, first created by Gen. George Washington in 1782. (The medal was then known as the Badge of Military Merit.)

Carolyn Evans-Carbery, a member of the Portsmouth Veterans’ Honor Roll Committee who organizes many local events honoring veterans, said she was excited to see the signs go up.

“We’re thrilled, all of us on the Honor Roll Committee. We’re just so happy that it happened so we can honor veterans,” she said, mentioning fellow committee members Wally Coelho and Dave Duggan.

“We were talking about the Purple Heart Trail and I asked what you needed to do. We weren’t part of it and I wanted to be part of it,” she said, adding that Rep. Terri Cortvriend (District 72-Portsmouth, Middletown) was pursuing the idea as well.

One of the speakers for that event was Joe “Tiger” Patrick, senior vice commander of the VFW Department of R.I. An Army veteran who served in Operation Desert Storm, he’s also chairman of the R.I. Purple Heart Trail Committee.

“Tiger Patrick was also instrumental in getting this done,” said Evans-Carbery, who also credited Cortvriend, DPW Director Brian Woodhead and Town Administrator Richard Rainer, Jr., for getting the signs up.

“Public Works ordered them and the Veterans Honor Roll Committee just paid for them as our way of saying thanks to the Purple Heart veterans and all the military,” she said, noting the money to purchase the signs from Add-A-Sign LLC of Leominster, Mass. came from fund-raisers held by the honor roll group over the past few years. “No town funds were used to purchase the signs.”

Here’s where you can find the Purple Heart signs:

• Mt. Hope Bridge: On the “Welcome to Portsmouth” sign, located on the lefthand side on the Portsmouth side.