The pair were named chairwoman and vice-chairwoman, respectively, Monday night

The pair were named chairwoman and vice-chairwoman, respectively, Monday night 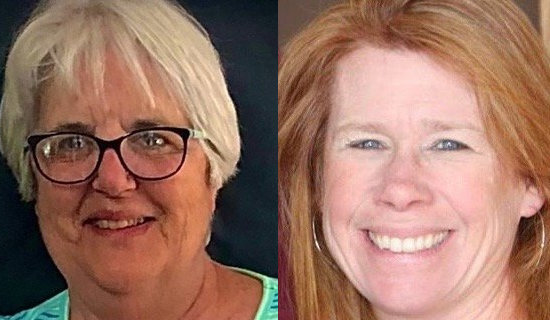 "While I acknowledge the hard work of people who put in the years, I believe deeply that these positions need to switch," said outgoing chairwoman Erin Schofield of Warren.

"We have to have new voices (and) we have to mentor the next people coming through who are going to lead this district. To me, this should be a new member (as) I don't feel like these positions should flip-flop."

"I too want to respectfully agree with Erin," added member Carly Reich of Bristol.

"As much as I admire Marge being willing to put her hat in the ring ... I do think that we need some new voices."

"Marge McBride has been on this committee for 24 or so years," he said. During this last campaign, she "did not advertise and did not campaign or anything of that sort. I think that's a telling statement there."

Monday's meeting introduced five new members to the nine-member board. They include Ms. Thibaudeau and Nicky Piper from Warren, and Sarah Bullard, Karen Cabral and Ms. McBride from Bristol.

Due to video feed issues it was not clear by deadline who cast several of the votes for Ms. Thibaudeau.