The Warren Town Council voted unanimously to revoke the liquor license of the Italo American Club during a show cause hearing on Tuesday night, following an emotional evening of testimony from … 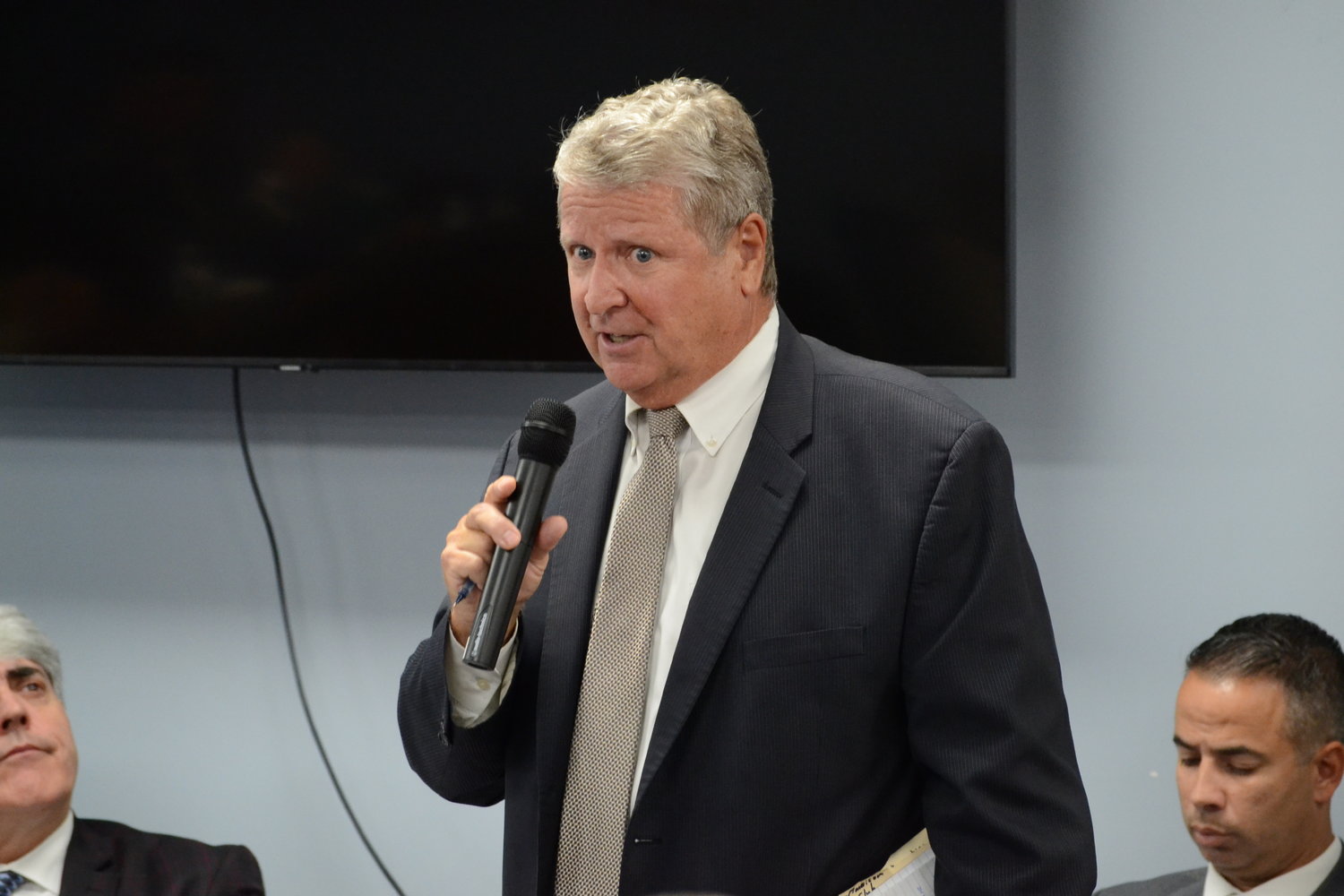 Kevin Bristow, an attorney representing the Italo American Club and its desire to retain its liquor license, makes his case on Tuesday night.
Ethan Hartley 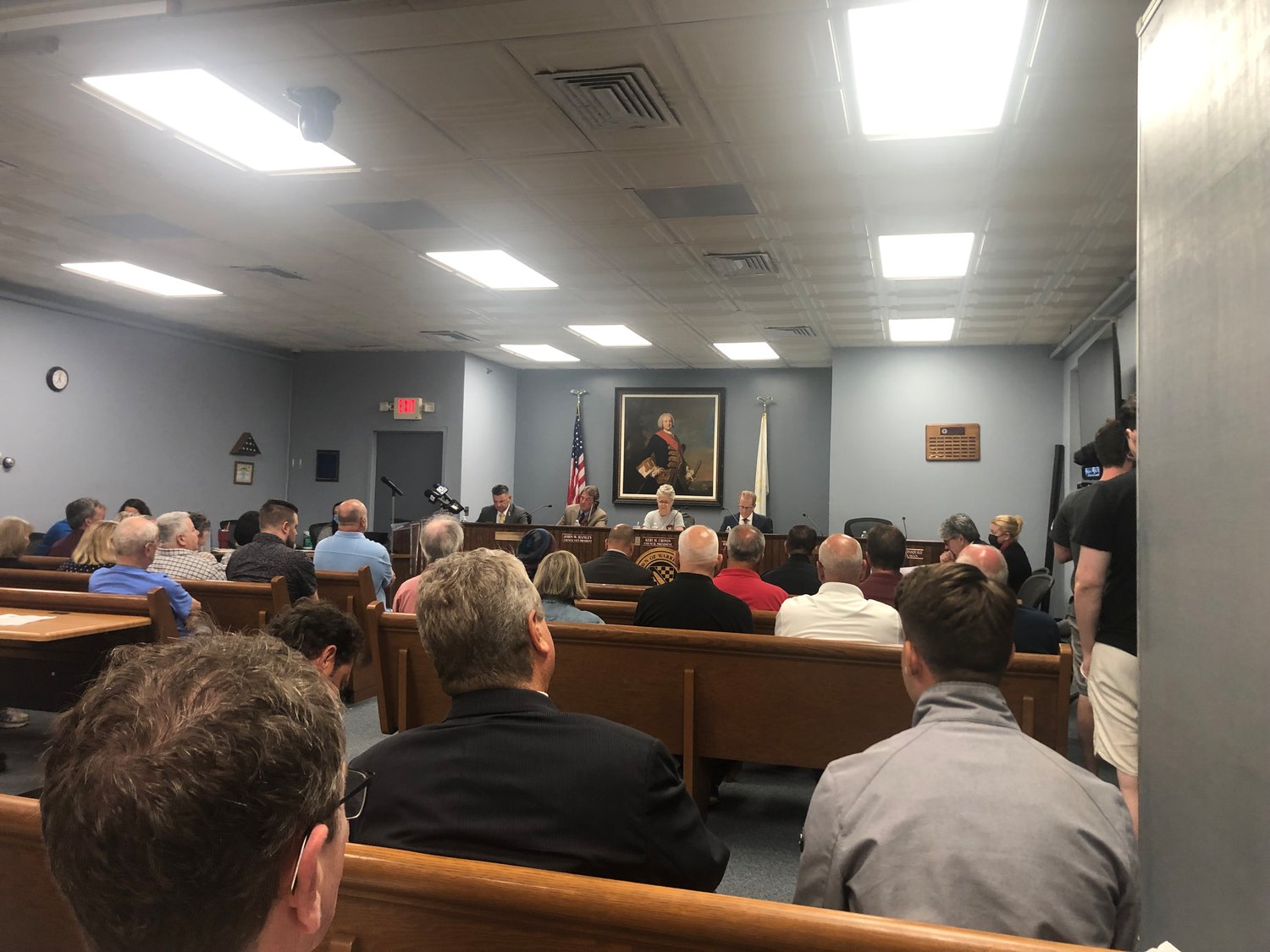 Members of the Warren Town Council shared emotional comments before voting unanimously to revoke the license of the Italian American club on Kelly Street.
Ethan Hartley 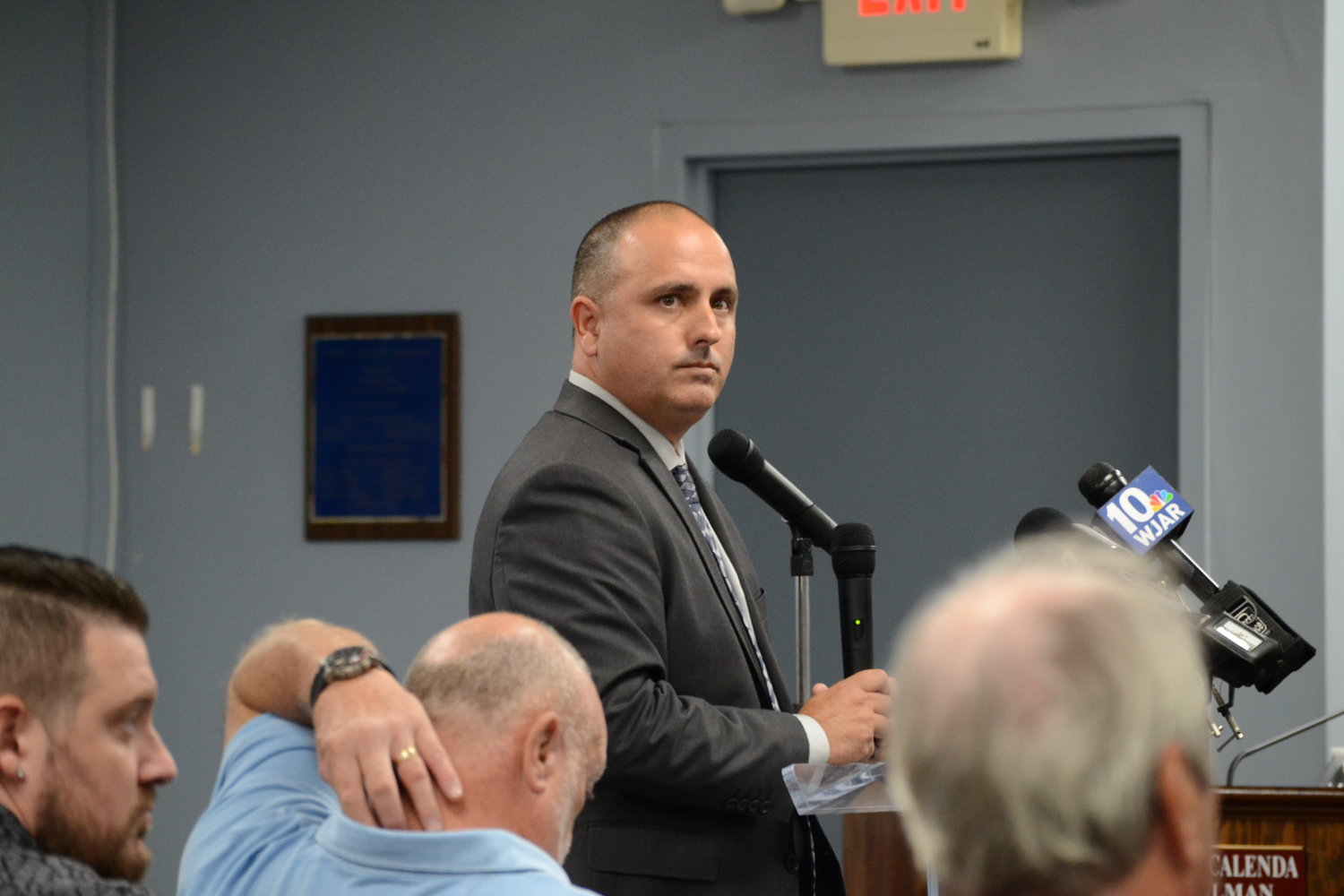 Lt. Christopher Perreault of the Warren Police Department answers questions during the show cause hearing on Tuesday night.
Ethan Hartley 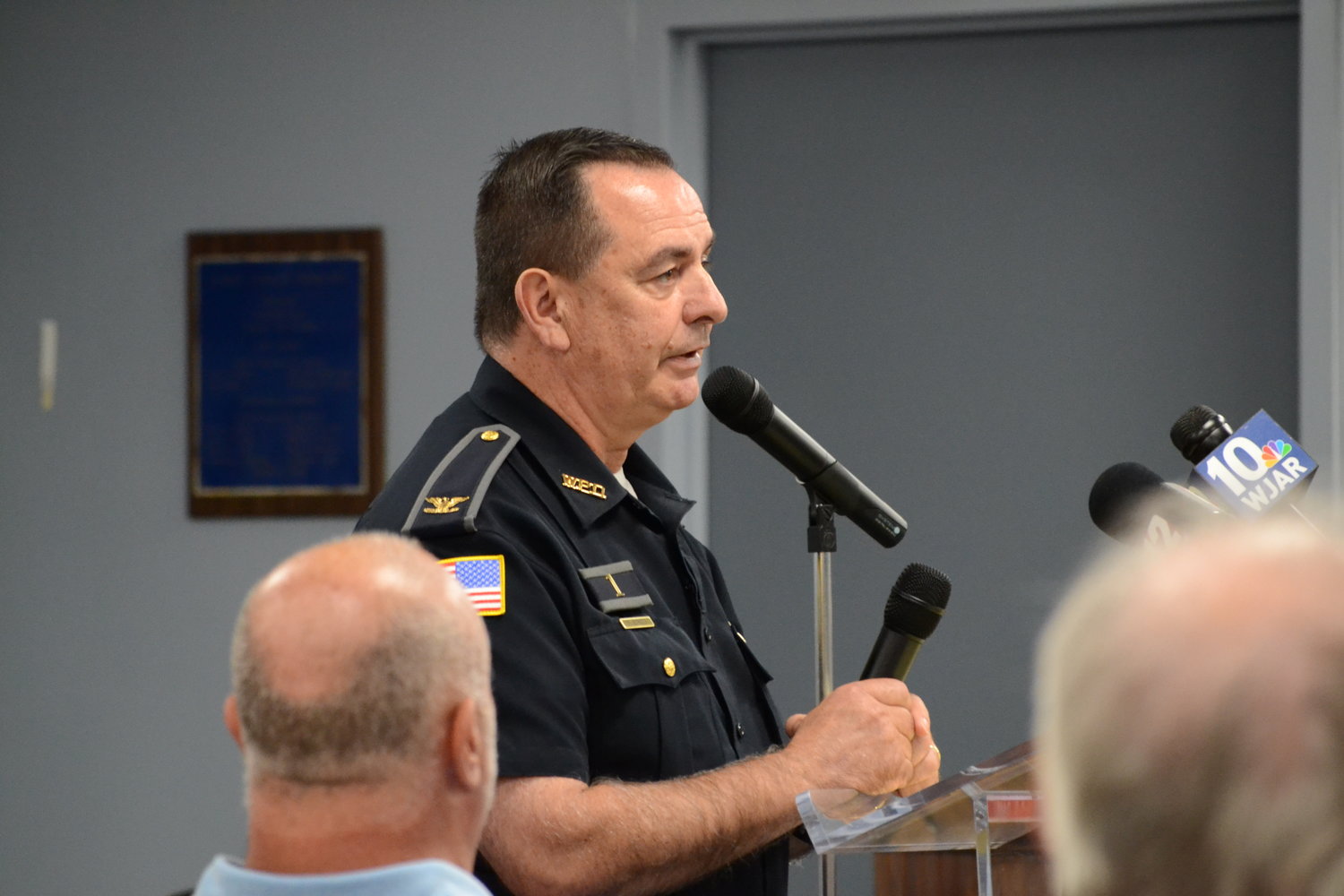 The Warren Town Council voted unanimously to revoke the liquor license of the Italo American Club during a show cause hearing on Tuesday night, following an emotional evening of testimony from council members, members of the public and members of Brian Remy’s family.

Mr. Remy was killed on the premises of the club on the afternoon of Thursday, Sept. 2, by the club’s president, Michael Ouellette, who proceeded to take his own life after getting into a shootout with Bristol police on Water Street.

“The message that would be sent if we did anything less than this is simply not acceptable,” said Council President Keri Cronin, who made the motion to revoke the license, which is effective immediately.

Kevin Bristow, an attorney representing the Italo American Club, said that the decision would be appealed to the Rhode Island Department of Business Regulations on Wednesday morning.

The case to revoke

After listening to testimony from Warren Police Chief Roy Borges and Warren Police Lt. Christoper Perreault regarding the facts of the day, members of the council provided their reasons for revoking the license.

“One of the situations I find myself in here today is trying to separate myself from those who said there was nothing they could do,” said Councilor Joseph DePasquale, who said that his great-grandfather was a founding member of the Italo American Club. “If anything ever happens to somebody there again, I’ll know there was something I could have done …This was a situation I don’t think any one of us could have dealt with, but from this point moving on, I have to. I don’t know what else to say other than that.”

“I feel badly because I know most of the members of the club want to just have a great club for all people to enjoy it and no way they could think this would happen, but the fact is it did,” said Councilor Brandt Heckert. “It’s the most serious incident that could happen that we have to deal with, and I think that’s why the council president made the motion that she made.”

“This is extremely difficult trying to balance vengeance with justice,” said Council Vice President John Hanley. “Being in this seat it gets even more difficult when it’s someone you knew.”

The case to keep the license

Mr. Bristow said after the decision that the emotional impact of Mr. Remy’s murder clearly played a role in the decision to revoke the license. He cited the fact that each member of the council shared words in honor of Brian Remy — which they did while also offering words in honor to other members of the community who had passed away in the time between the last council meeting.

“I think it was an incredibly emotional hearing, and I think that a significant and material aspect of my arguments to the Department of Business Regulations will be that the decision was made on an emotional basis,” he said. “And I don’t think there’s any greater evidence of that than, after the pledge [of allegiance] and before they even began the hearing, going around the council and all of them eulogizing Brian Remy. I don’t know what could be greater evidence of the difficulty of rendering a fair and objective decision.”

Mr. Bristow, through questioning Chief Borges, sought to establish that the club was not known to be a place where criminal acts were common. Chief Borges confirmed that only a handful of incidents, and no arrests, had occurred at the club since 2016.

“These aren’t motorcycle riding hoodlums, these aren’t troublemakers, these aren’t people you look at and say we need to do something,” he said. “It’s been years before there was actionable criminal conduct occurring here before this event.”

On the subject of emotion and the prominence of Mr. Remy playing a role in the decision, Councilor Steven Calenda defended the decision by saying the same hearing would take place, regardless of who was killed or where in town it occurred.

“The answer is yes, we’d be having the same conversation … It’s not so much vengeance, it’s more justice. The end result has to fit the event.”

During questioning of Lt. Perreault, it was revealed that Mr. Ouellette had been drinking on the morning of Sept. 2, as evidenced by surveillance footage and witness testimony. Lt. Perreault said that he was able to confirm he had “at least” two beers between 7 and 10 a.m., but couldn’t determine if he had drank more because a majority of the surveillance footage — which was initially unwatchable due to it being password protected — is in the custody of Rhode Island State Police. A toxicology report has also not been completed at this point.

It was also confirmed by Lt. Perreault that the handgun used in the shooting was not kept at the club, but was rather believed to have been retrieved by Mr. Ouellette from his residence at 135 Water St. before he returned and committed the act.

Mr. Bristow tried to establish that there was a pattern of mental illness that contributed to Mr. Ouellette’s actions that day, for which the club should not be responsible. Following the hearing, he described the state of Mr. Ouellette’s apartment, which was searched by police following the shooting.

Joseph Benevides, a lifelong Warren resident and member of the Italo American club for 25 years, also hinted to the fact that Mr. Ouellette was struggling with personal issues prior to the incident.

“He was having issues and needed help,” he said. “We should have helped him but it was too late.”

There has been no official determination as to whether or not Mr. Ouellette has suffered from a mental illness in the past or if he suffered from one at the time of the murder.