Ironman never ran, biked or swam that far — until he did

There is an Ironman in Bristol.

Andrew Banasiewicz is a real man with more endurance and strength than the fictitious Tony Stark. And like Mr. Stark, this guy is wicked smart.

Ironman never ran, biked or swam that far — until he did 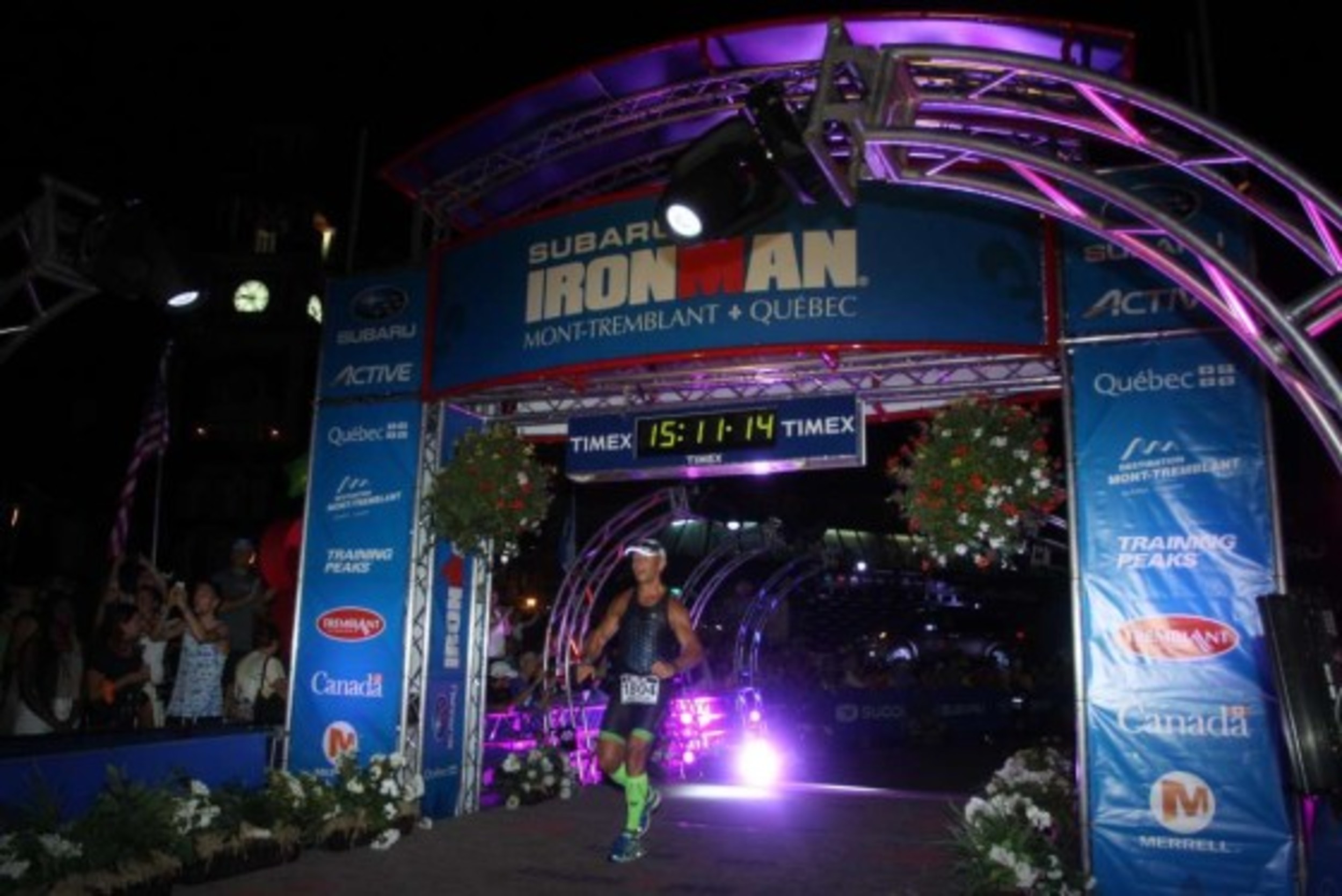 Christine Peyreigne of Horizon Wings talks about Atka, a bald eagle during a exhibit under the tent. 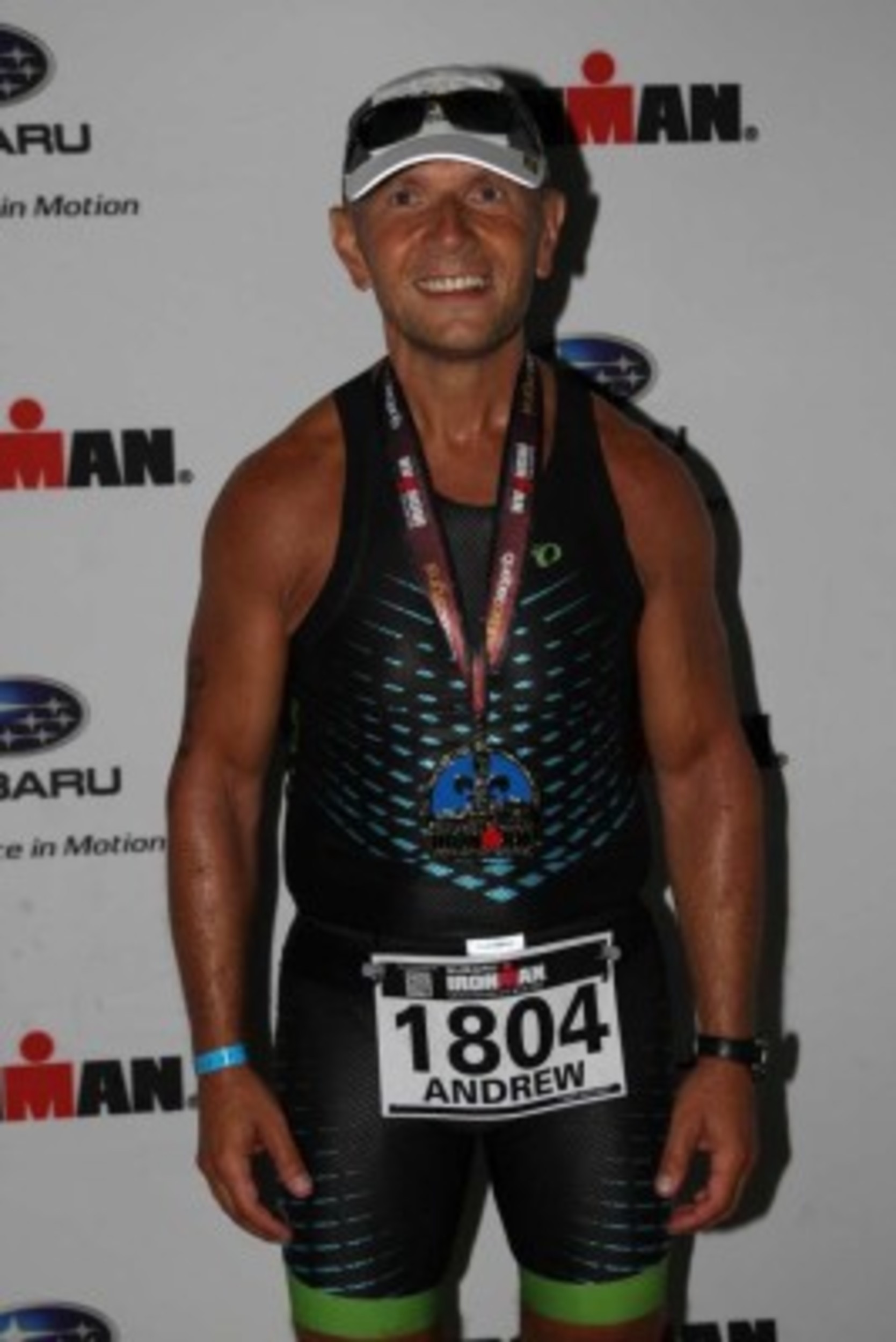 Christine Peyreigne of Horizon Wings talks about Atka, a bald eagle during a exhibit under the tent.
Previous Next
Posted Friday, September 25, 2015 6:01 am
Victor Paul Alvarez

There is an Ironman in Bristol.

Andrew Banasiewicz is a real man with more endurance and strength than the fictitious Tony Stark. And like Mr. Stark, this guy is wicked smart.

Mr. Banasiewicz, 52, is a Boston University (BU) professor who recently completed an Ironman Triathlon in Quebec, Canada. The Ironman Triathlon starts with a 2.4-mile swim, followed immediately by 112 miles on a bicycle, capped with a 26.2-mile marathon. He completed these three Herculean feats in less than 15 hours.

“I was nervous as the time drew near, especially when I read how much a ‘typical’ Ironman participant trains, which was orders of magnitude more than I did,” Mr. Banasiewicz said. “After a while I stopped reading those articles. That said, I always believed that I could do that for reasons I simply cannot explain.”

He had never swum 2.4 miles before. Never biked 112 miles straight. And never ran the marathon distance. On Aug. 16 in Quebec, he did all three in a row for the first time.

“I believed I could do it all in succession. I just did.”

He is not arrogant. The man simply knows what it takes to achieve.

Born in Sosnowiec, Poland, Mr. Banasiewicz has a Ph.D in quantitative business analysis. A full-time BU professor, he’s also a director of statistical analysis at Liberty Mutual Insurance and an independent risk analytics consultant. When asked about his hobbies, he lists the three books he has written on marketing analytics, risk analytics and executive risk. Then he casually refers to his SCUBA diving passion, which has taken him to the Great Barrier Reef in Australia.

The life and passions of Bristol’s Ironman are heroic, if not super heroic.

“I used to be very involved in weight lifting for many years, was on wrestling and hockey teams in Poland, boxed some in college. Then I slowed down a bit and ended up putting on some unnecessary weight,” he said, giving the first evidence that he is, in fact, a human being like the rest of us.

He started getting back into shape five years ago and dropped 40 pounds. On a family vacation to Quebec two years ago he watched a half-Ironman.

“I said to my wife and kids: I am going to do that. So, we went back a year later and I did my first triathlon, which was the half-Ironman. It was not easy, but I finished and the next day decided I would do the full Ironman.”

The “half” prefix from his first attempt didn’t satisfy him. He is not a man of half measures. To prepare for the full event, he availed himself of Bristol’s natural fitness resources.

“I did some running, which was the easiest part of the training given the awesome running trails we have here in the form of the bike path and Colt State Park. Biking was tough because, as great as our bike path is for running or leisure biking, it has too many stops for endurance bike training,” so he used a stationary bike instead.

The swimming training was the hardest of the three. The Ironman contest doesn’t have a 2.4-mile Olympic pool. It’s all in open water.

“I did very little open water swimming as a result. One notable training stop was taking part in the Save the Bay’s annual swim, swimming across the Bay from Newport to Jamestown.”

If not for his proud mother-in-law, it’s likely few folks in town would know about any of this. She proudly called her local newspaper to sing Mr. Banasiewicz’s praises. She has always been his champion/publicist.

“Indeed, and my late father-in-law did the same; couldn’t have asked for better cheerleaders.”

After all that hard work — after the physical and mental beating of nearly 15 hours on land, sea and then more land — there must be some hedonistic reward in the end, right? In fact, this was on his mind often during the triathlon. He envisioned a big steak and top shelf cocktails on the other end of the Ironman finish line.

“Oddly, once I was done I was just thirsty and not at all hungry. I did have a drink with my family, but that was pretty much it. To be honest, I was just happy to be able to sit down somewhere.”