PORTSMOUTH — One of the fastest-growing sports around may be coming to Elmhurst Park in the near future. 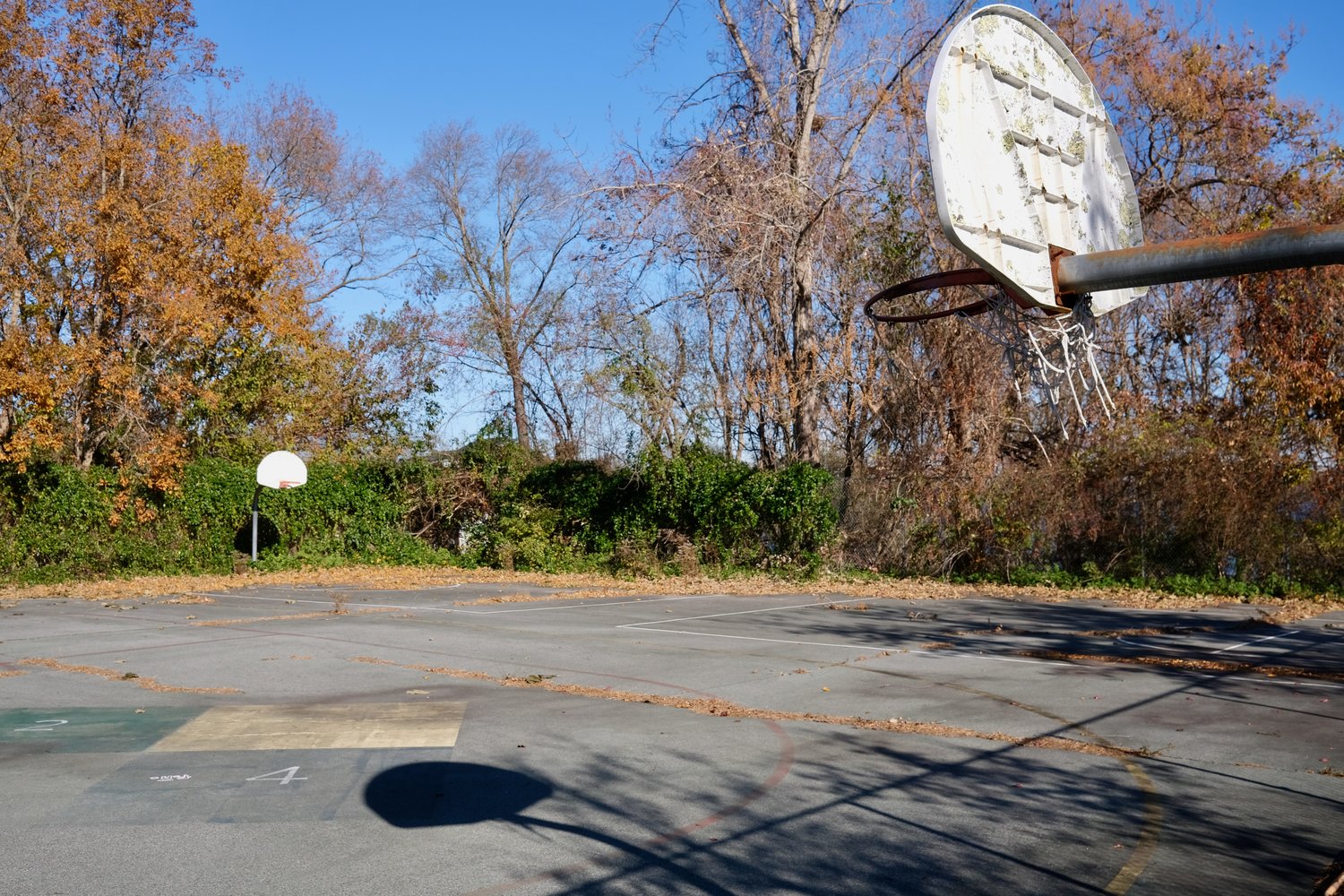 These abandoned basketball courts at Elmhurst Park will be developed into four new pickleball courts if the Town of Portsmouth wins a matching state recreation development grant. 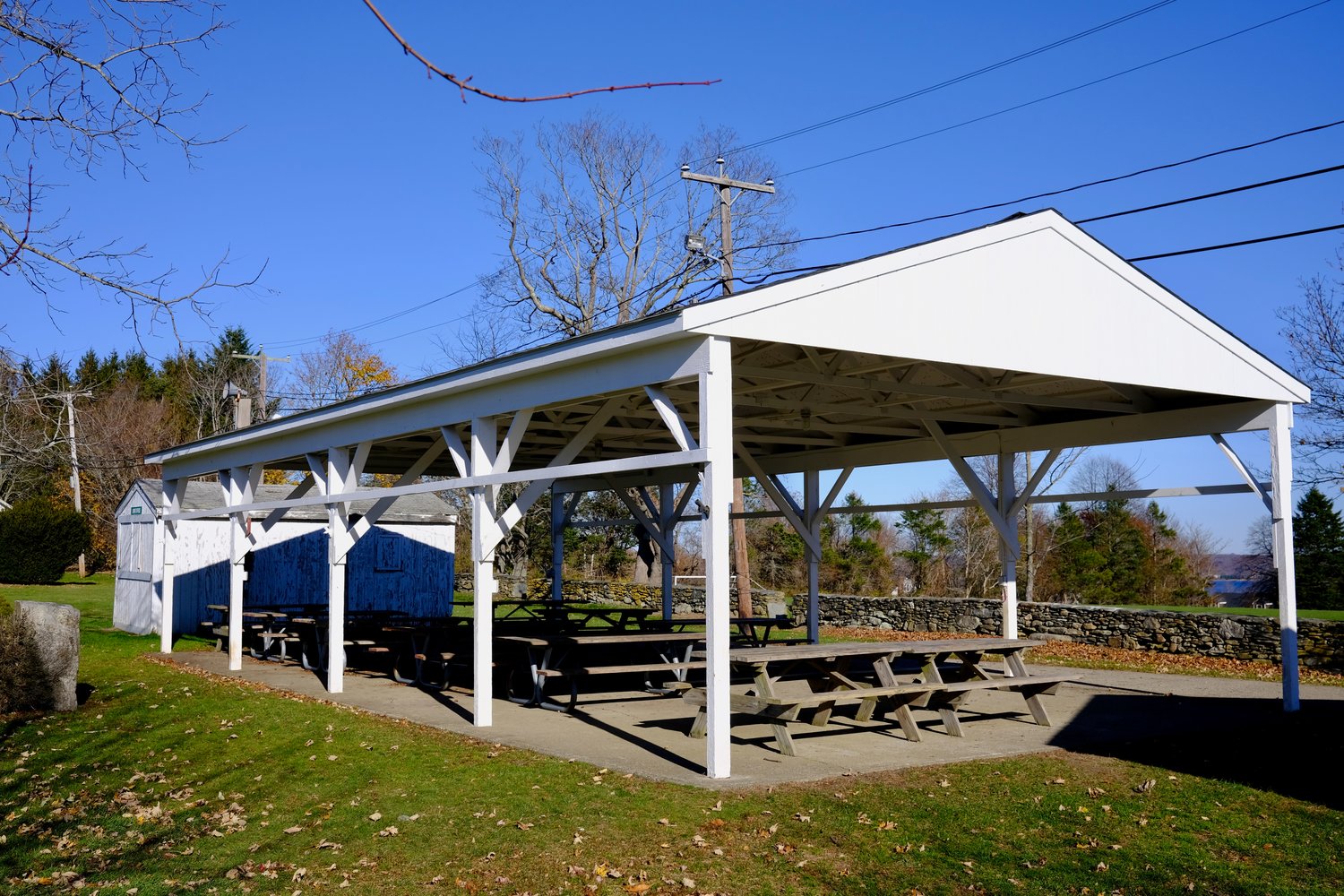 The town has applied for a state matching grand to build another pavilion next to the existing one (pictured) at Glen Park.
Previous Next
Posted Monday, November 29, 2021 9:25 am
Town launching parks and recreation master plan

The town’s recreational programming is a victim of its own success, officials say. Hence the need for a Parks, Recreation and Open Space Master Plan.

The Town of Portsmouth, working with the Parks and Recreation Committee, the parks and recreation director and the Horsley Witten Group, has initiated the master plan project and is seeking citizen input.

As part of the Town’s renewed commitment to improving recreational programs and facilities, and building off the 2019 Facility Conditions Assessment, the sites, programs and maintenance under the realm of the Parks and Recreation Department will undergo further assessment and evaluation.

The master plan will enable the town to proactively plan for and meet the needs of residents while also enhancing their quality of life.

To learn more about the project and how to get involved, visit the project website at https://portsmouthriparksandrecreationmasterplan.com; or contact Wendy Bulk, director of parks and recreation, at wbulk@portsmouthri.com, or Craig Pereira, project manager, at cpereira@horsleywitten.com.

PORTSMOUTH — One of the fastest-growing sports around may be coming to Elmhurst Park in the near future.

The Town Council has approved Town Planner Gary Crosby’s request to apply for a 2022 R.I. Department of Enviornmental Management (RIDEM) Recreation Development Grant to transform the abandoned basketball courts at Elmhurst into a four-court pickleball facility.

According to Crosby, the 102x112-foot basketball court, which was located behind the former Elmhurst School, is underutilized. The four new pickleball courts would include new eight-foot black vinyl fencing with a pedestrian gate and equipment gate.

The project would include a new asphalt surface with seal coating, striping and netting and access paths from both the parking lot funded by a previous RIDEM recreation development grant and from the nearby Glen Manor House. Four standard light poles to complete the parking lot nearby would also be included in the project.

The pickleball facility was one of two projects Crosby brought to the council on Nov. 21 for RIDEM grant approval. The other application is for the design, engineering and installation of a new 24x24-foot pavilion on a concrete pad to be built adjacent to the exiting pavilion at Glen Park.

The project includes all electrical and painting work as well as the installation of a new 10x10-foot storage shed to accompany the pavilion.

The council voted 4-1 to allow Crosby to approve the grant applications and committing $72,630 total town funds, and give the pickleball courts first priority.

Town Administrator Richard Rainer Jr. said the grant awards should be announced before the budget is adopted next spring. If RIDEM doesn’t award anything to the town, then the matching funds will not be spent, he said.

Council member Daniela Abbott cast the only dissenting vote, saying she’d rather wait until the town’s longterm parks and recreation master plan is finished, which she called “the critical piece that we’re missing.” (See related story at left.)

“We shouldn’t be prioritizing on a whim,” Abbott said, adding she’d like the town to give more attention to establishing a community center.

Rainer said her concerns are on point. Unfortunately, the grant application must be submitted by December and the master plan will not be ready until next March, he said.

In addition, the town’s recreation program is growing by leaps and bounds and demand for summer camp is exceeding expectations.

“Every summer we struggle with, where we are going to put these kids?” Rainer said.

Talking Politics: Dr. Scott was the right person at the right time

Letter: Why should we trust anything that RIDOT tells us?