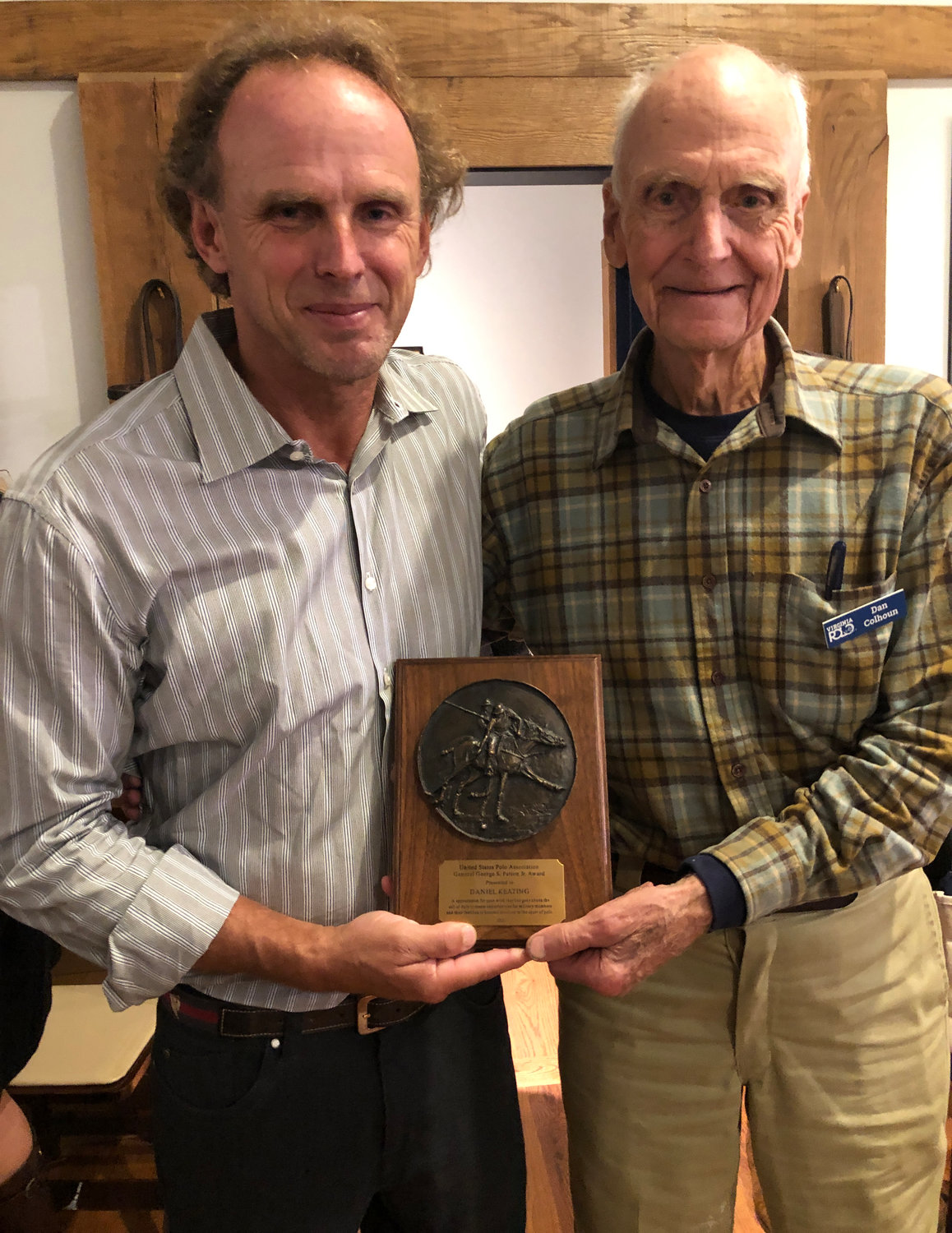 This national award is presented to the USPA member who has gone above the call of duty to create opportunities for military members and their families to become involved in the sport of polo. Although nominees for the Patton Award are not required to have served in the military, Keating is the first civilian to have received the award.

“Recognized for his dedication to engage military players with this traditional military sport, actively working to ensure the future of the military polo community for nearly 30 years and perpetuating the tie of rich history between the armed forces and the sport of polo,” said USPA Armed Forces Committee Chair Mark Gillespie, presenter of the award.

Keating, president of Newport Polo, helped found the Naval War College Polo Club in 1995 and has supported the program ever since, with special opportunities for members of the armed forces or their families to participate in the sport of polo. It remains a steady feeder for the U.S. Military Polo Association.

The Portsmouth resident has hosted numerous Naval and combined branch military polo tournaments over nearly threee decades, and was chosen to serve as coach of the U.S. Military Polo Team in 2006 to compete in the International Military Polo Tournament in Kaduna, Nigeria.

Keating received the award at the USPA Awards Ceremony during the USPA Board of Governors Annual Meeting held at Boar’s Head Resort in Charlottesville, Virginia.

“I am greatly honored to be recognized by the members of our polo community that have served in the United States military,” Keating said. “I believe it is important for us to remember the dedication and sacrifice of all members of our military, and their families, who keep us safe. It is a small sacrifice for us to accommodate the military community into our polo clubs to give them some well-needed diversion and recreation. In my experience, these members have become the most active and dedicated members of our polo club community, and we are grateful for their participation.”

General George S. Patton Jr. was an avid believer that polo was a useful tool in understanding how his fellow officers performed under pressure. He traveled from post to post with a fine set of polo ponies and routinely established polo matches on the weekends at the military base to which he was assigned. Gen. Patton encouraged participation, helped grow awareness and grew interest in the sport.

Portsmouth advances to D-1 semis with win over Cumberland