Portsmouth: ‘No’ to Old Mill Lane as longterm LGN solution

Opinion to National Grid to be finalized at Nov. 23 meeting

Portsmouth: ‘No’ to Old Mill Lane as longterm LGN solution

Opinion to National Grid to be finalized at Nov. 23 meeting 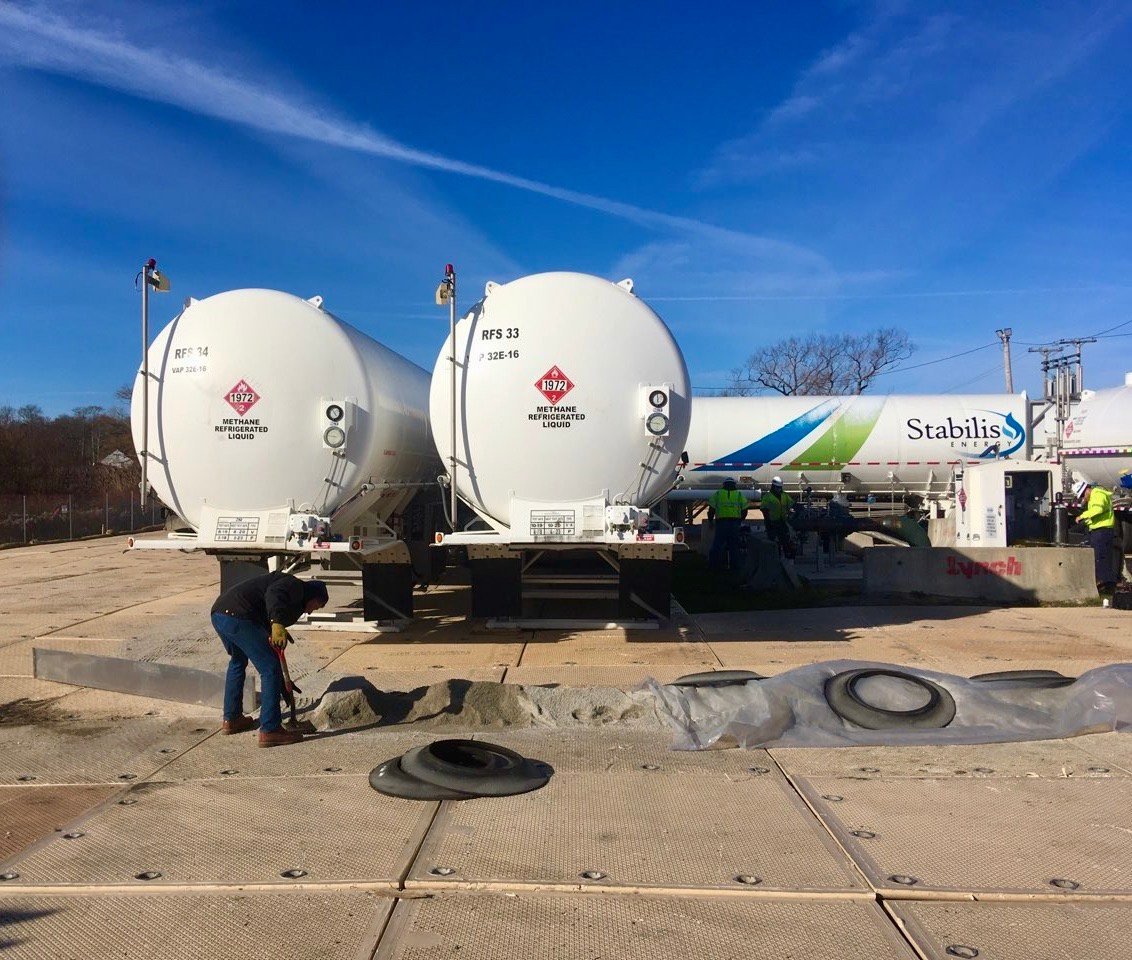 The council also voted, 5-2, to table until Nov. 23 further discussion on the matter until it hears information from a different source about the four longterm options National Grid has previously presented. National Grid wants a written opinion from the council by Dec. 1. (Residents may also provide feedback by the date at ngrid.com/aquidneck.)

At a public forum on Oct. 14 and at a council meeting on Oct. 26, representatives from National Grid outlined the four options as presented in its Aquidneck Island Long-Term Gas Capacity Study:

• major non-infrastructure changes, such as converting customers over to heat pumps and adding insulation

• continuing with the portable facility at Old Mill Lane

Whatever option is chosen, the facility at Old Mill Lane, which is operational only when the demand for gas is highest from Dec. 1 to March 31, will still be used for “two to three winters,” according to Brian Schuster, director of customer community management for National Grid in Rhode Island. Many residents who live near the Old Mill Lane facility have raised concerns over safety, as well as noise and lighting.

Council President Kevin Aguiar said he put the matter on Monday’s agenda to give the council enough time to draft a letter by Dec. 1.

“I’m opposed to Old Mll Lane to being a longterm solution for National Grid to address their gas demands on Aquidneck Island,” Mr. Aguiar said, adding that the site was originally supposed to be a peak-shaving facility to address a short-term needs during the colder months. However, it appears National Grid wants to use that site for a longer period of time, he said.

Mr. Aguiar, along with council member Keith Hamilton, said their first choice was for a new transmission line to the island, which they said would be the most reliable option to meet longterm demand.

“A pipeline allows the gas to move in a circular motion so people aren’t starved for more gas,” said Mr. Hamilton.

However, Council Vice President Linda Ujifusa said National Grid had not presented enough information to the council for members to make an informed decision. Earlier that evening she sat in on Newport’s Energy and Environment Commission, which featured testimony by Hank Webster, the Rhode Island director of Acadia Center, a nonprofit that supports energy efficiency programs. She then invited Mr. Webster to make some brief remarks to the council.

Mr. Webster discouraged supporting a costly pipeline, saying it would drive up rates, while a non-infrastructure solution would be far cheaper and better for the environment.

“I would really encourage the council to look into the clean energy options, rather than a new pipeline,” he said.

Ms. Ujifusa made a motion to table the discussion until Nov. 23, when Mr. Webster can make a full presentation. She was supported by several other council members, including Leonard Katzman, who said he wanted to hear more from Acadia Center.

“it is not unusual for a company to present information in a way that favors an outcome that they prefer,” he said of National Grid.

Council member Daniela Abbott said the non-infrastructure option was a “no-brainer” that should be pursued even if a second option was also chosen. “I’m opposed to the transmission pipeline because I think that’s just doubling down on fossil fuels,” she said.

The council president, however, said he was concerned about delaying the matter further. “If we table this, we’re not going to help ourselves by getting a letter prepared by Dec. 1,” Mr. Aguiar said.

Mr. Hamilton said the council should at least draft an initial letter that starts with, “Hell no on number four,” referring to the option to continue operations on Old Mill Lane.

Ms. Ujifusa, however, said she was confident the council will have time to finalize a letter by Dec. 1. Her motion to table the matter until Nov. 23 passed by a 5-2 vote, with Mr. Aguiar and Mr. Hamilton opposed.

In Portsmouth: ‘So much more we have to do’