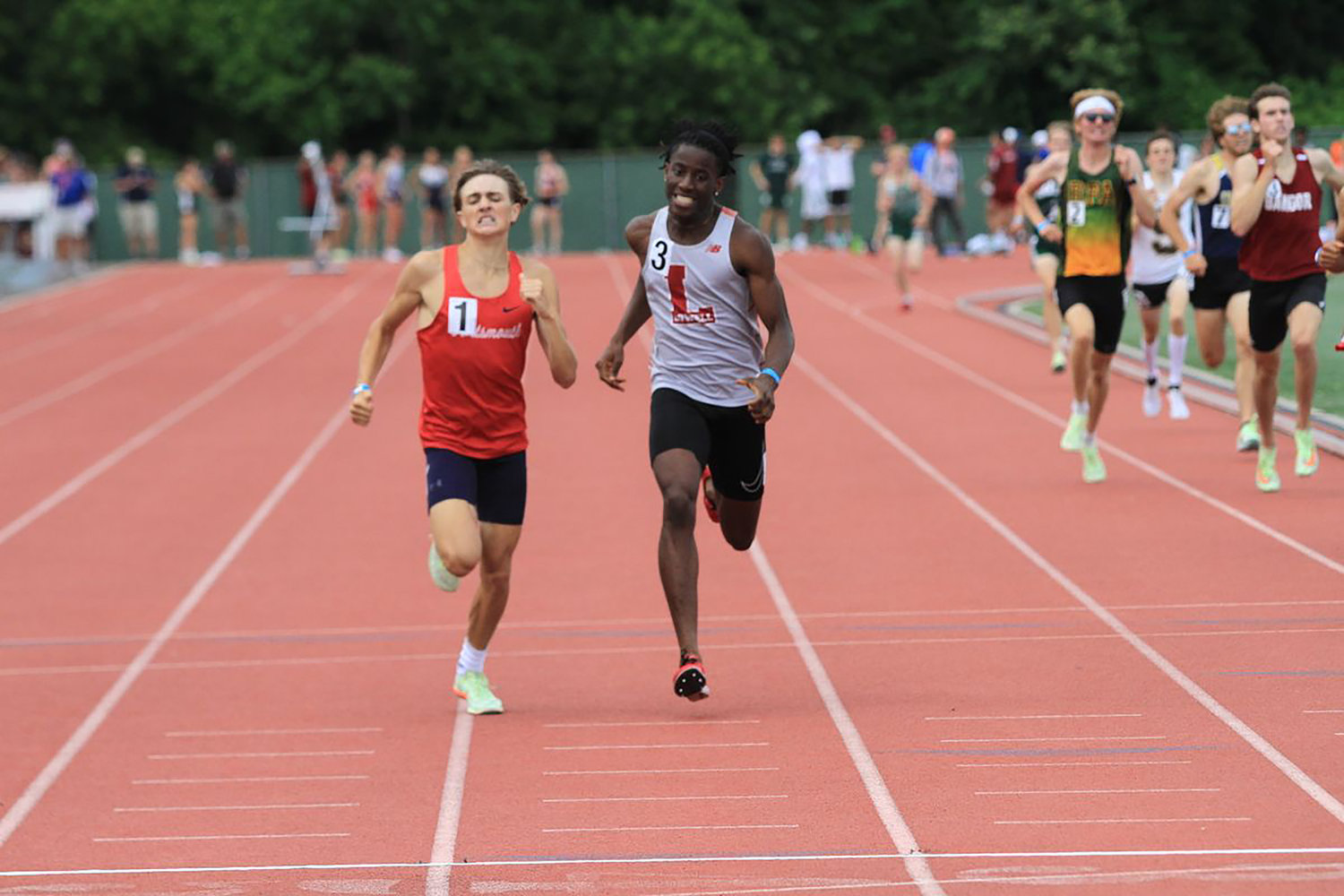 Kluth took first place in the boys’ 800 meters with a time of 1:52.45 during the New England Interscholastic Outdoor Track and Field Championship held June 11 in New Britain, Conn.

PHS boys’ track coach Shaun Horgan said he was proud of the way Kluth battled for the win.

“It was a tight pack through the first 300 meters and Kaden got boxed in,” he said. “He made a smart move to get out and then worked his way up to the lead. In the final stretch he started to kick to the finish but the leader kept edging him to the outer lanes. Kaden stayed focused despite the runner impeding his progress and leaned in for the win at the finish.”

Portsmouth High had one other first-place winner: Morgan Casey was named New England Champion in the girls’ high jump with a best effort of 5 feet, 7 inches.

The boys’ 4x400-meter relay team of Jeff Brady, Tom McGraw, Aidan Chen, and Kluth came in 12th with a time of 3:27.35, a second off the school record. They led all Rhode Island teams.

The girls’ 4x800-meter relay team of Allie Kaull, Marin Goodfriend, Kitty Damon, and Addison Mau placed ninth in a time of 9:51.59. They were also the first Rhode Island team.

Colby Fahrney came in eighth place in the boys’ long jump, with a best leap of 21 feet, 7.25 inches.

Several PHS athletes also competed at the New Balance Nationals at the University of Pennsylvania from June 16-19.

The boys’ sprint medley relay team of Fahrney, McGraw, Brady, and Kluth placed seventh in the Championship Division with a time of 3:31.82.

Portsmouth, Townies play to a 1-1 draw in boys’ soccer

Portsmouth downed by Skippers in season-opener, 20-0