EAST PROVIDENCE — It’s been a bit of a different season off the pitch for the East Providence High School boys’ soccer team so far in 2022, but the Townies continue to post the same … 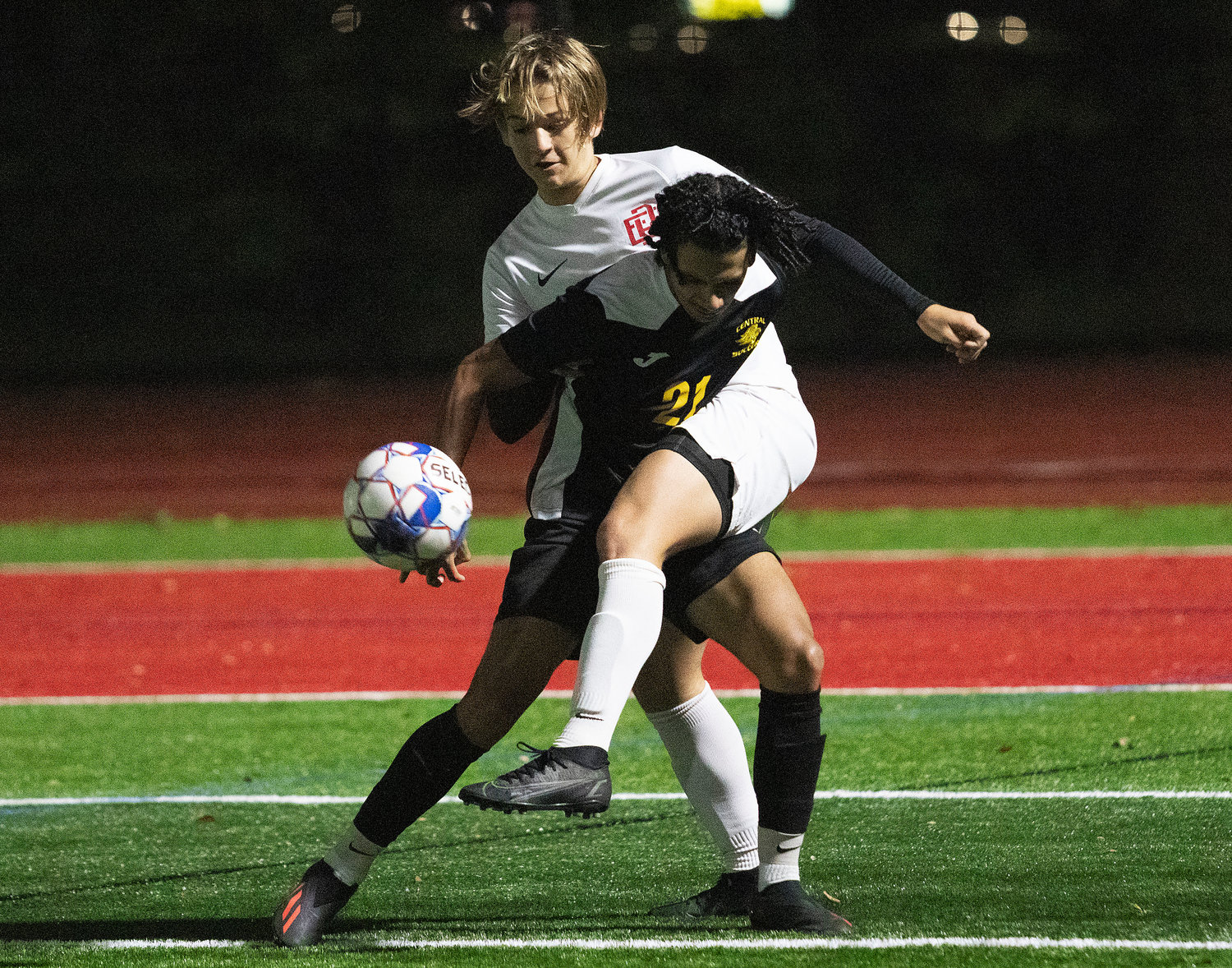 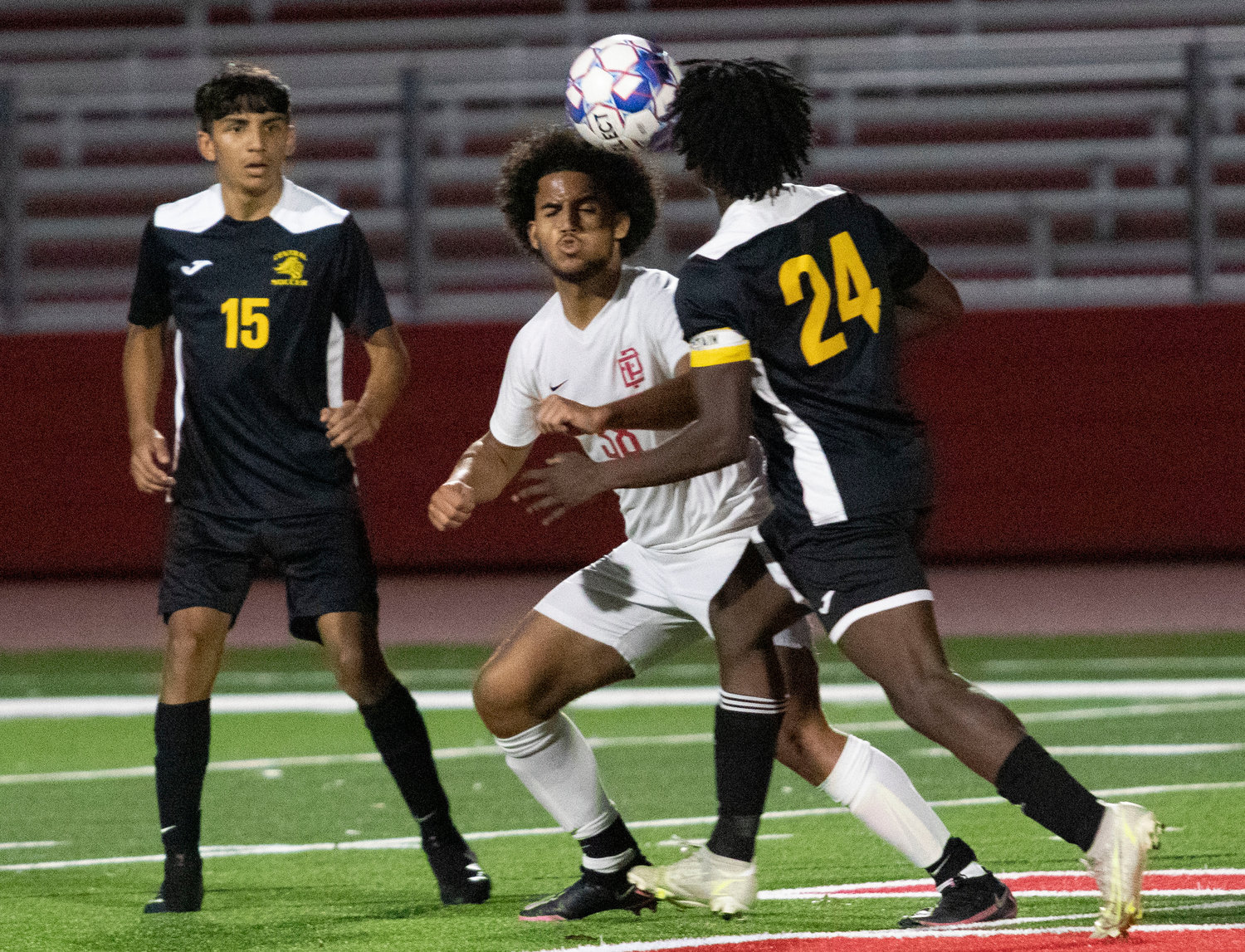 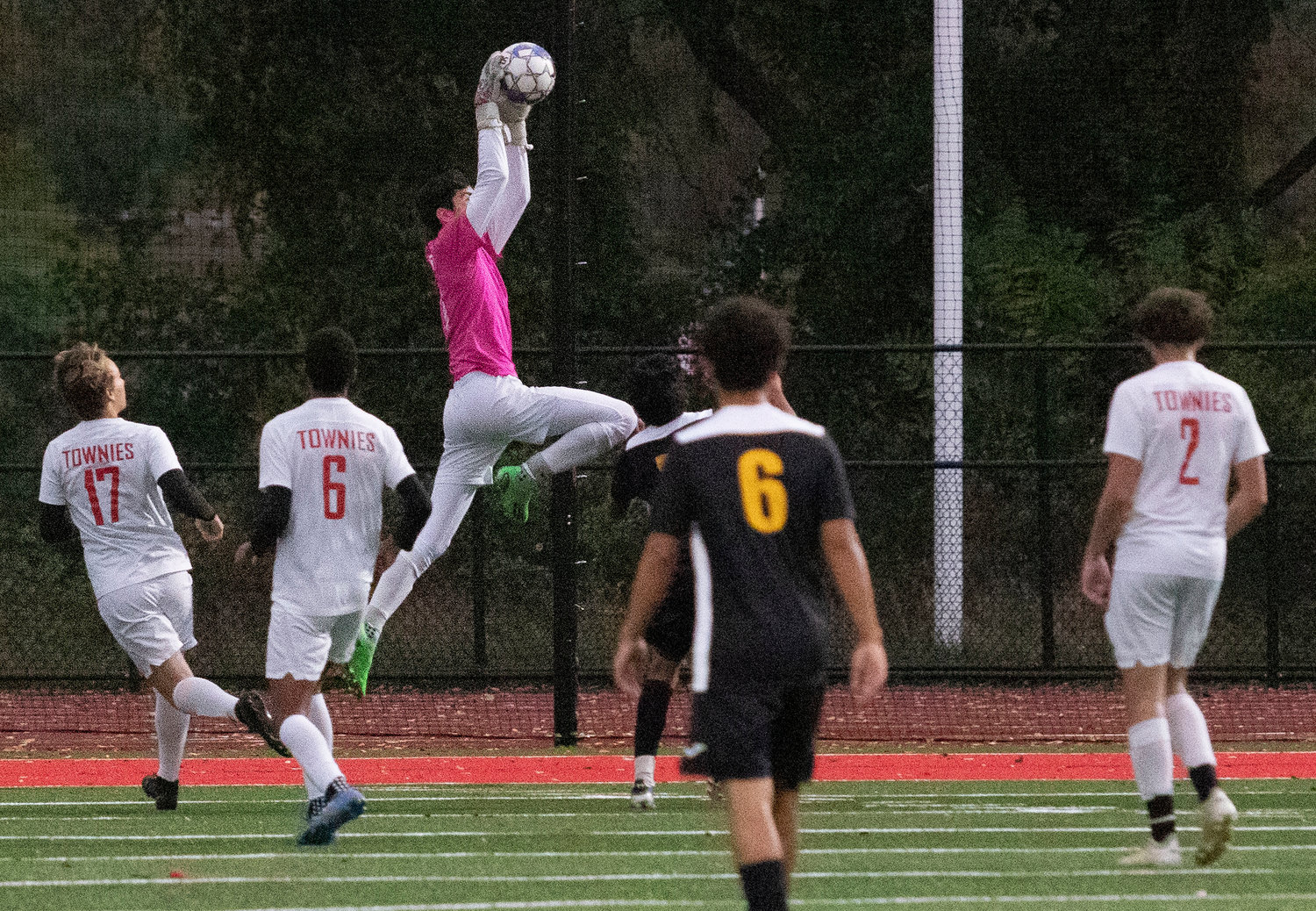 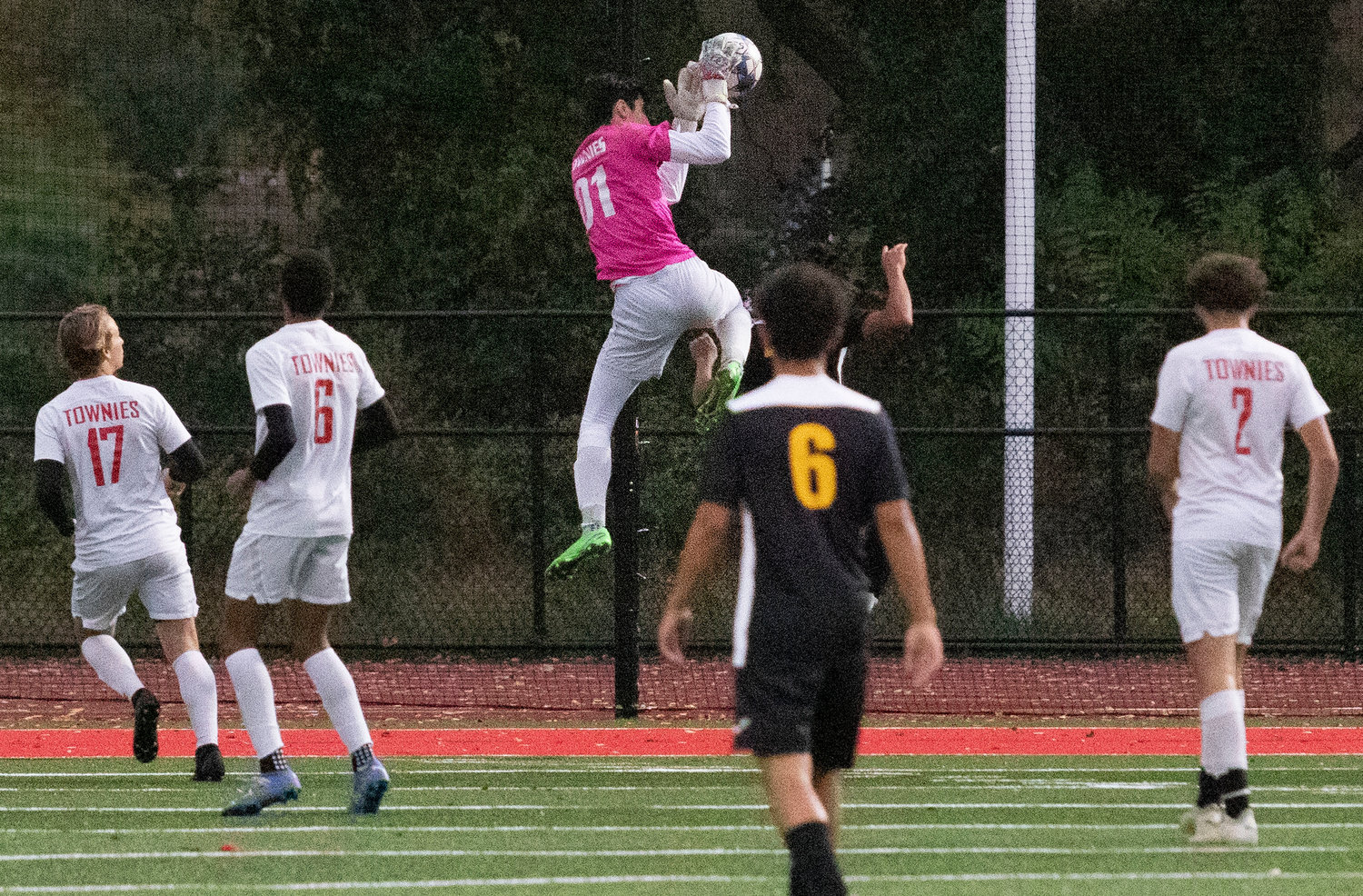 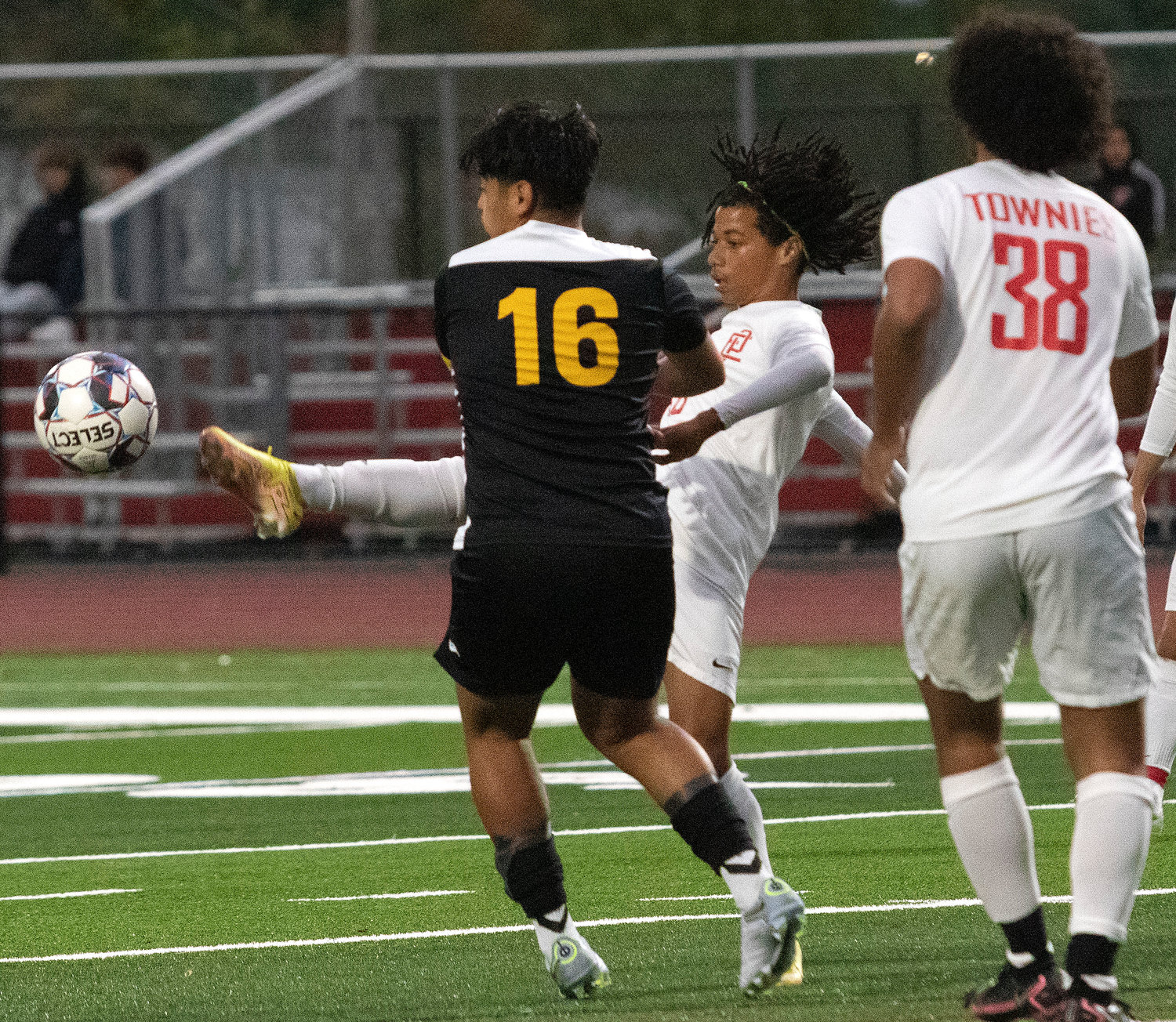 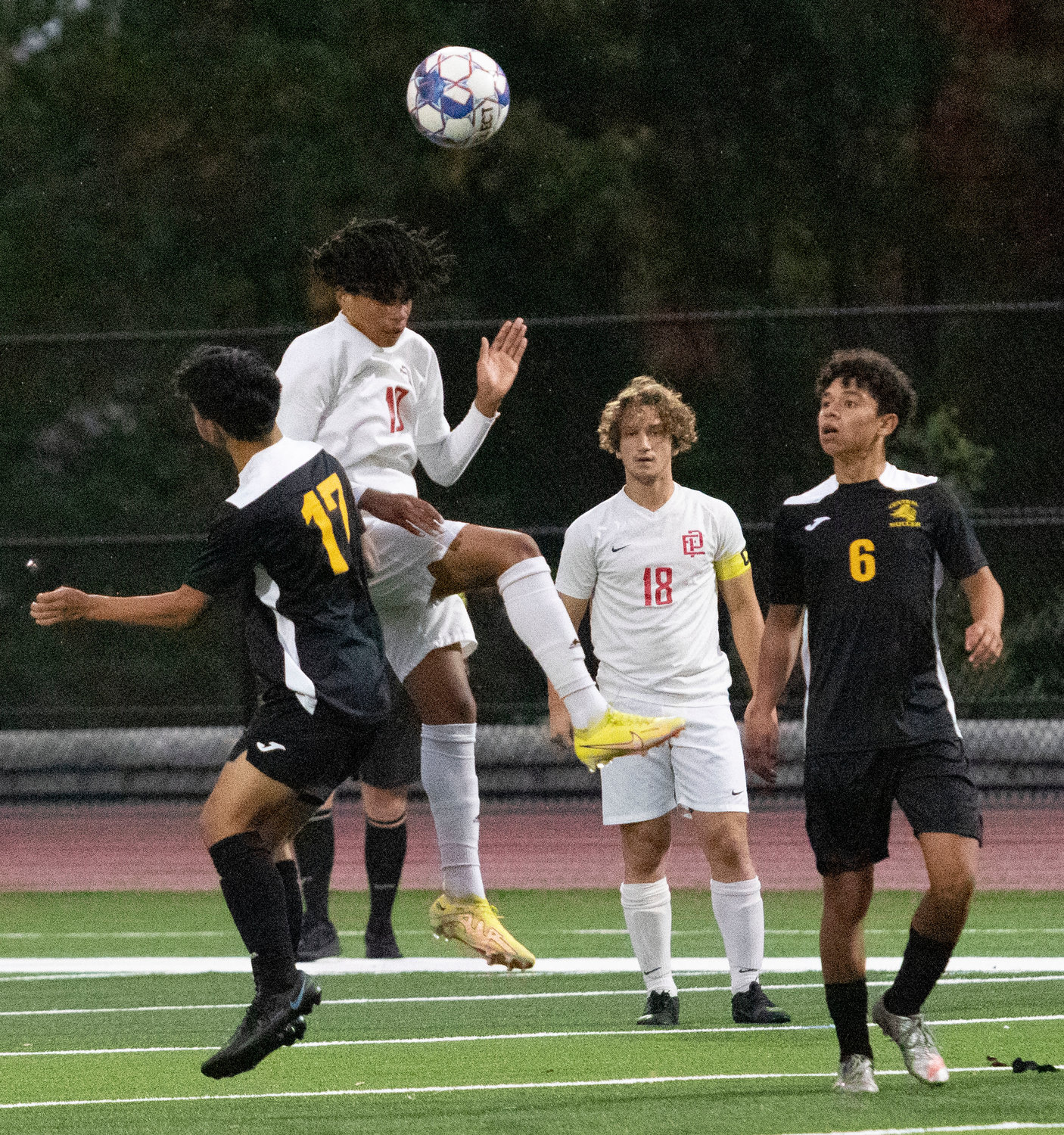 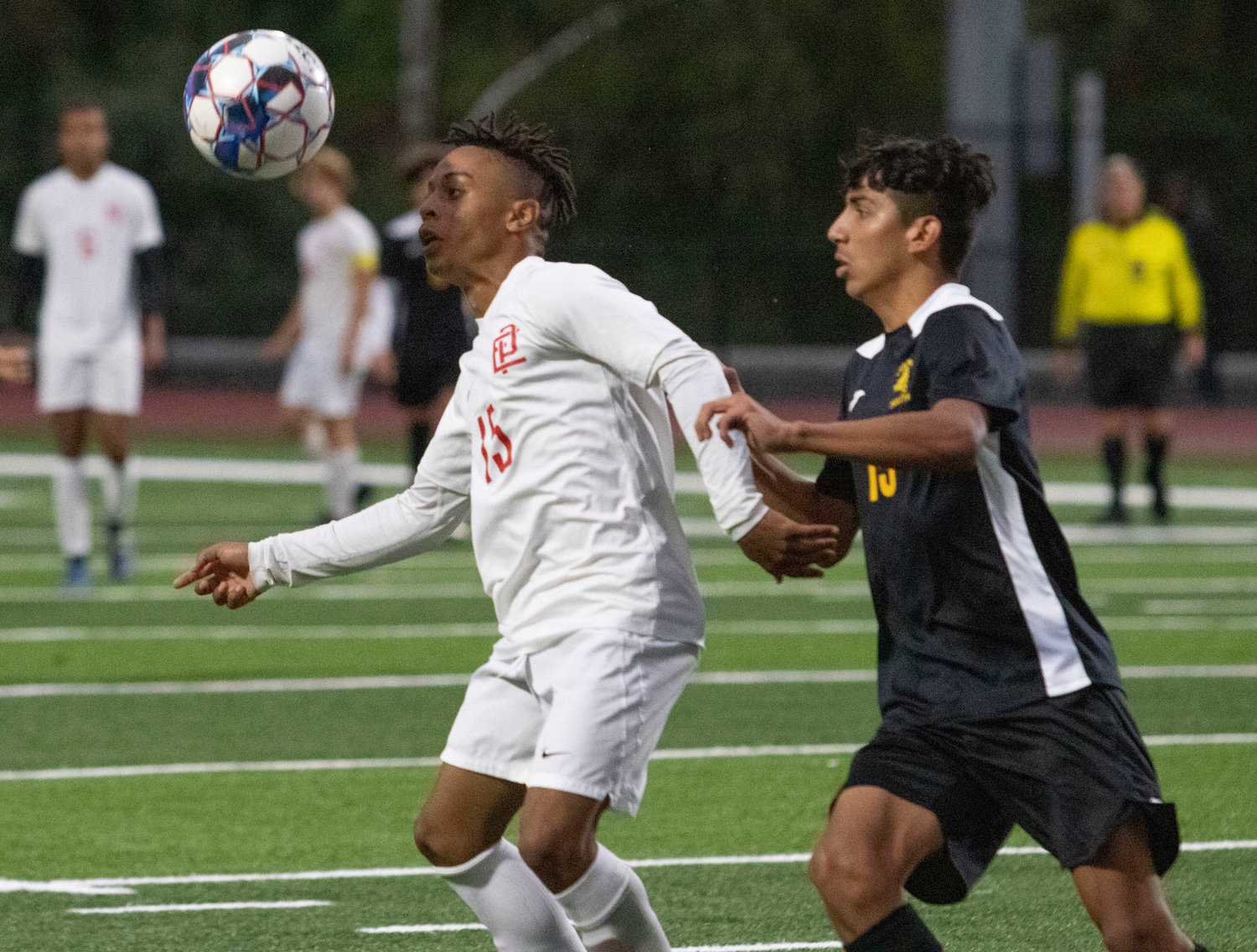 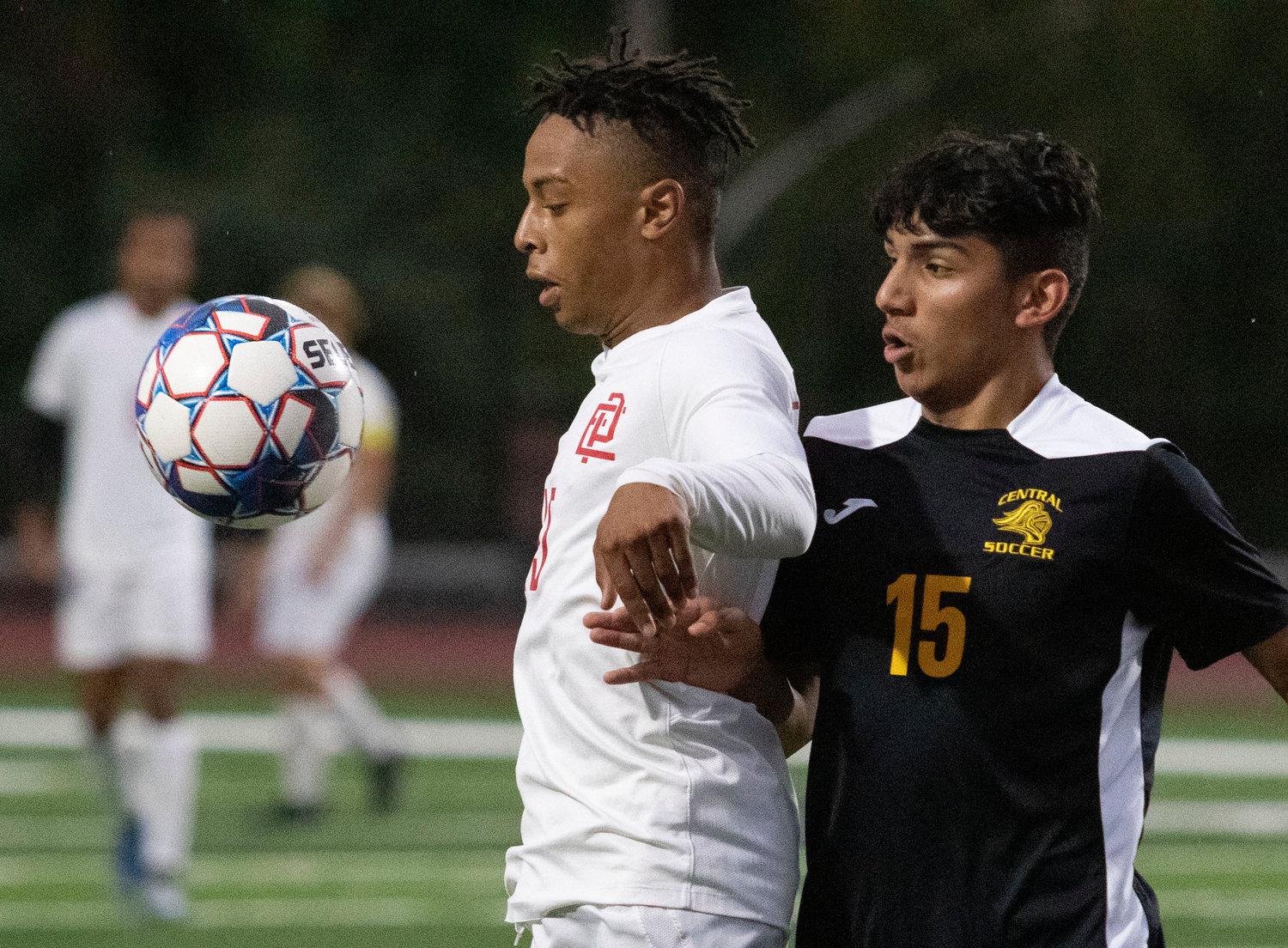 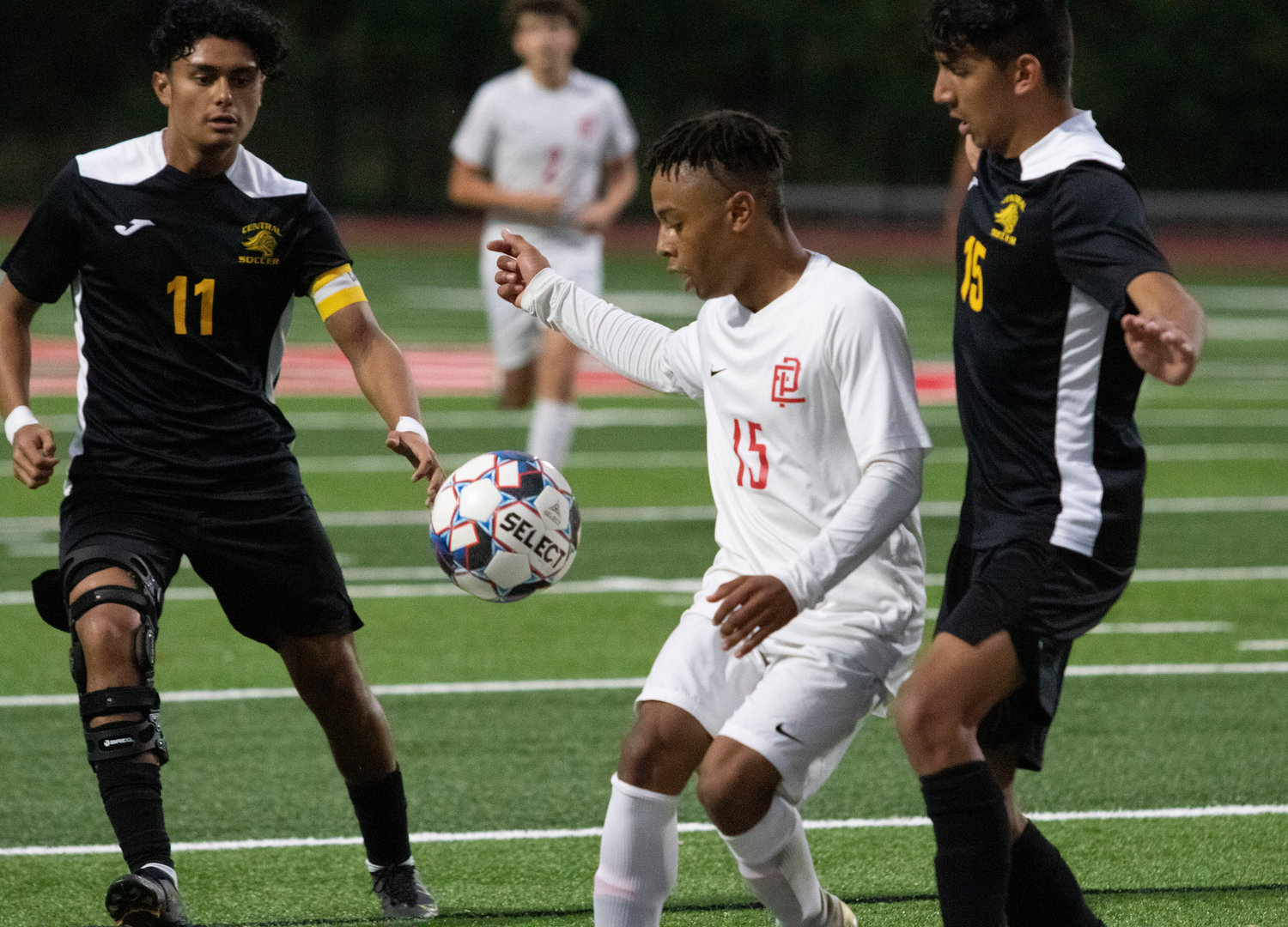 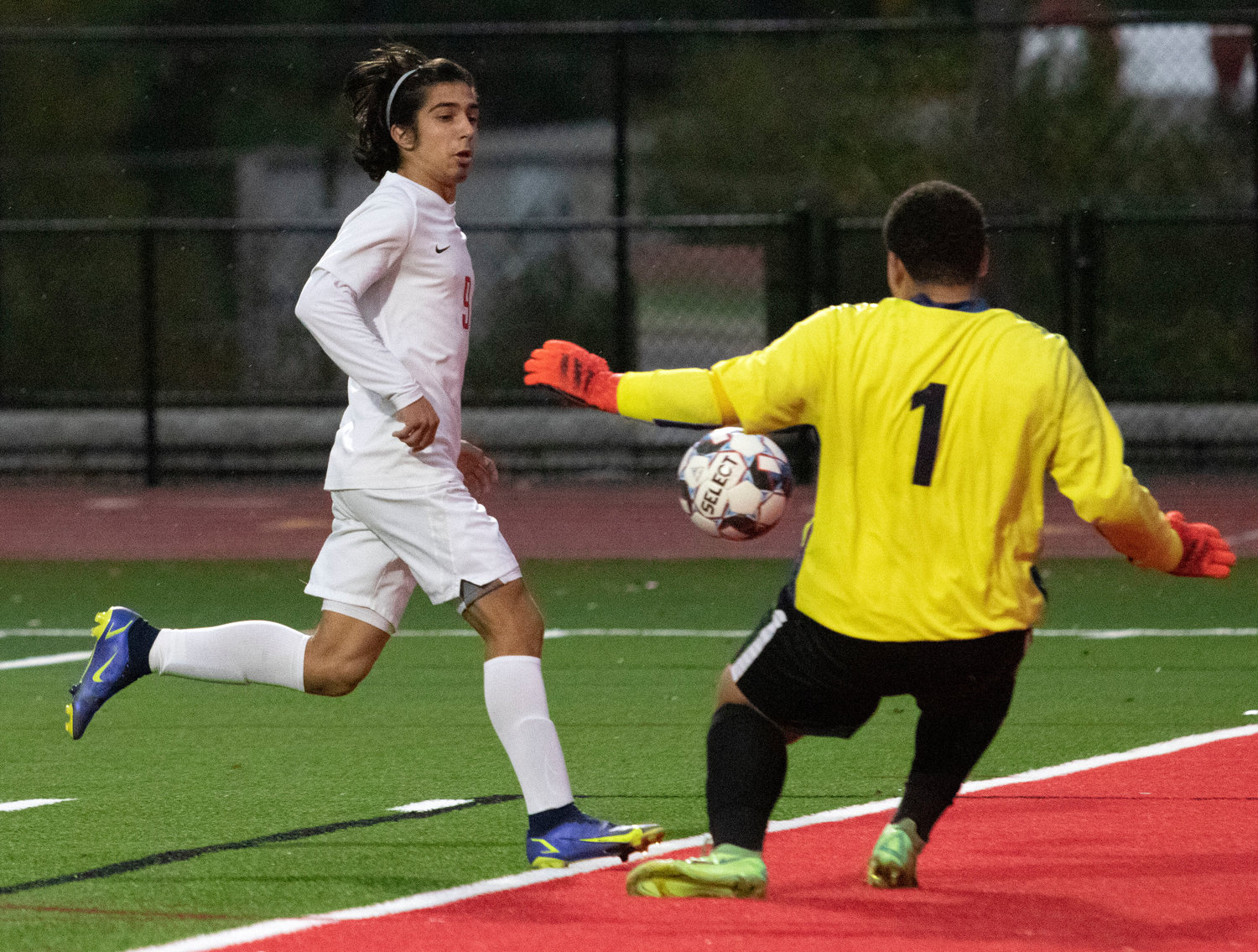 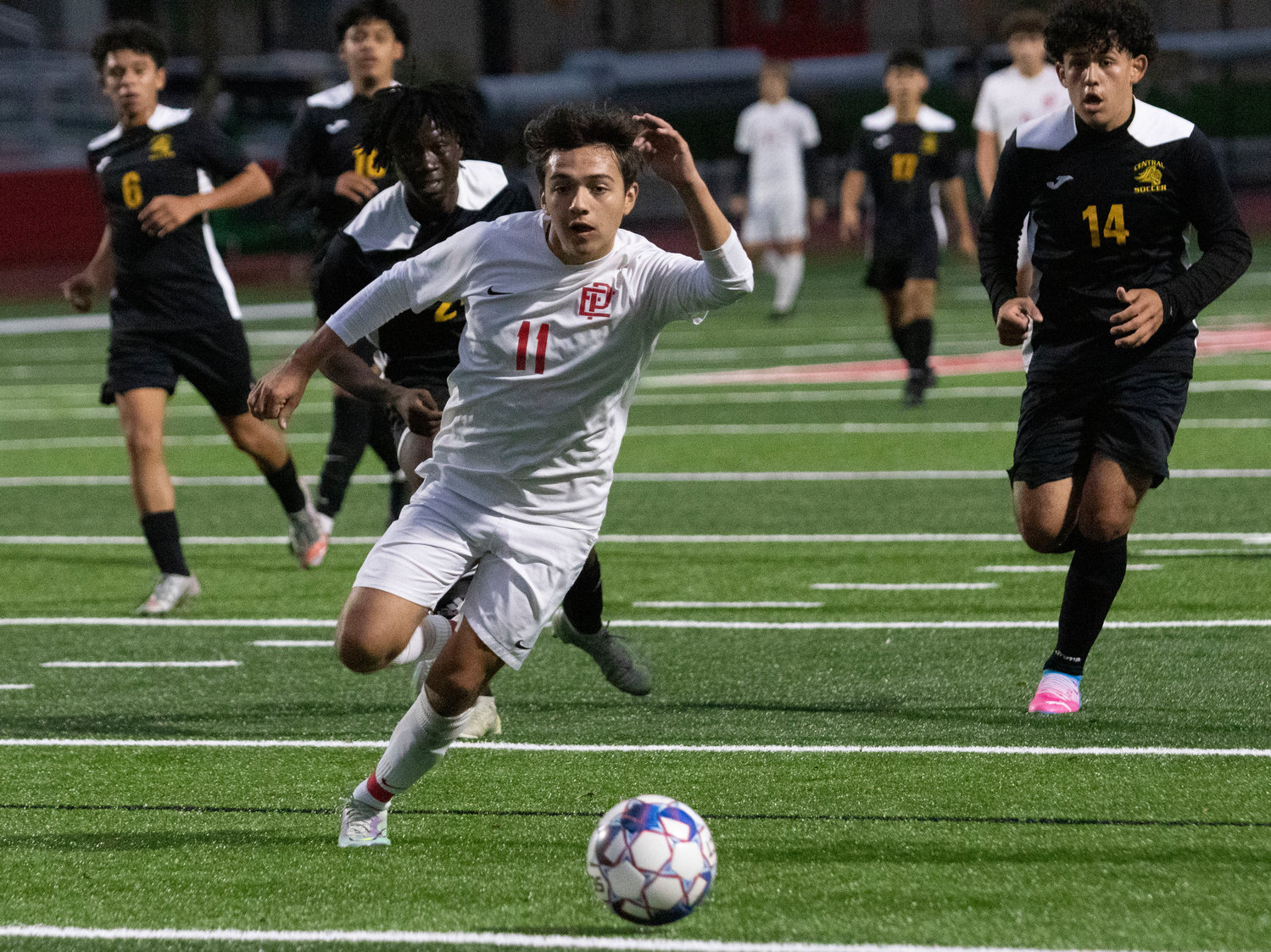 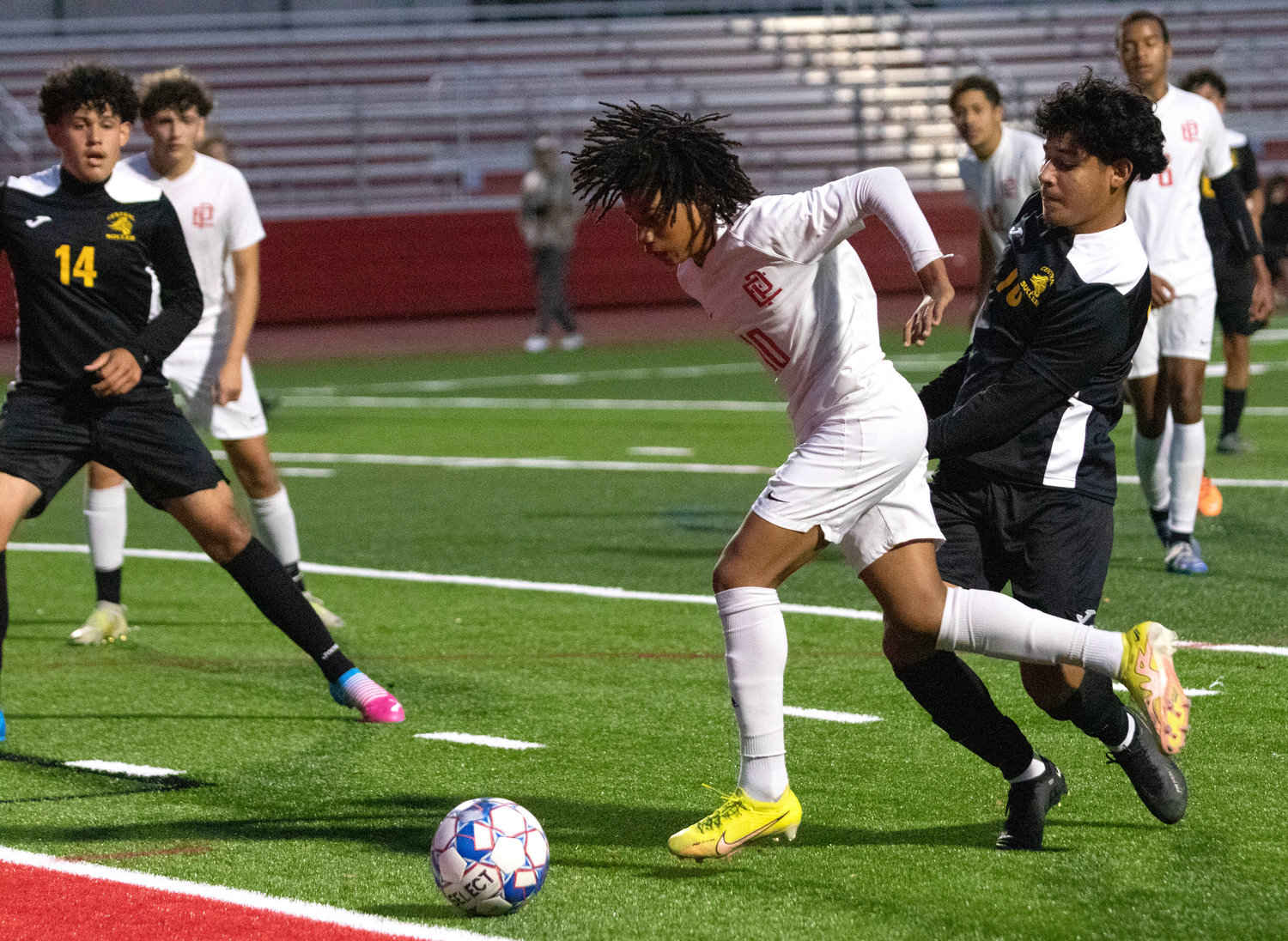 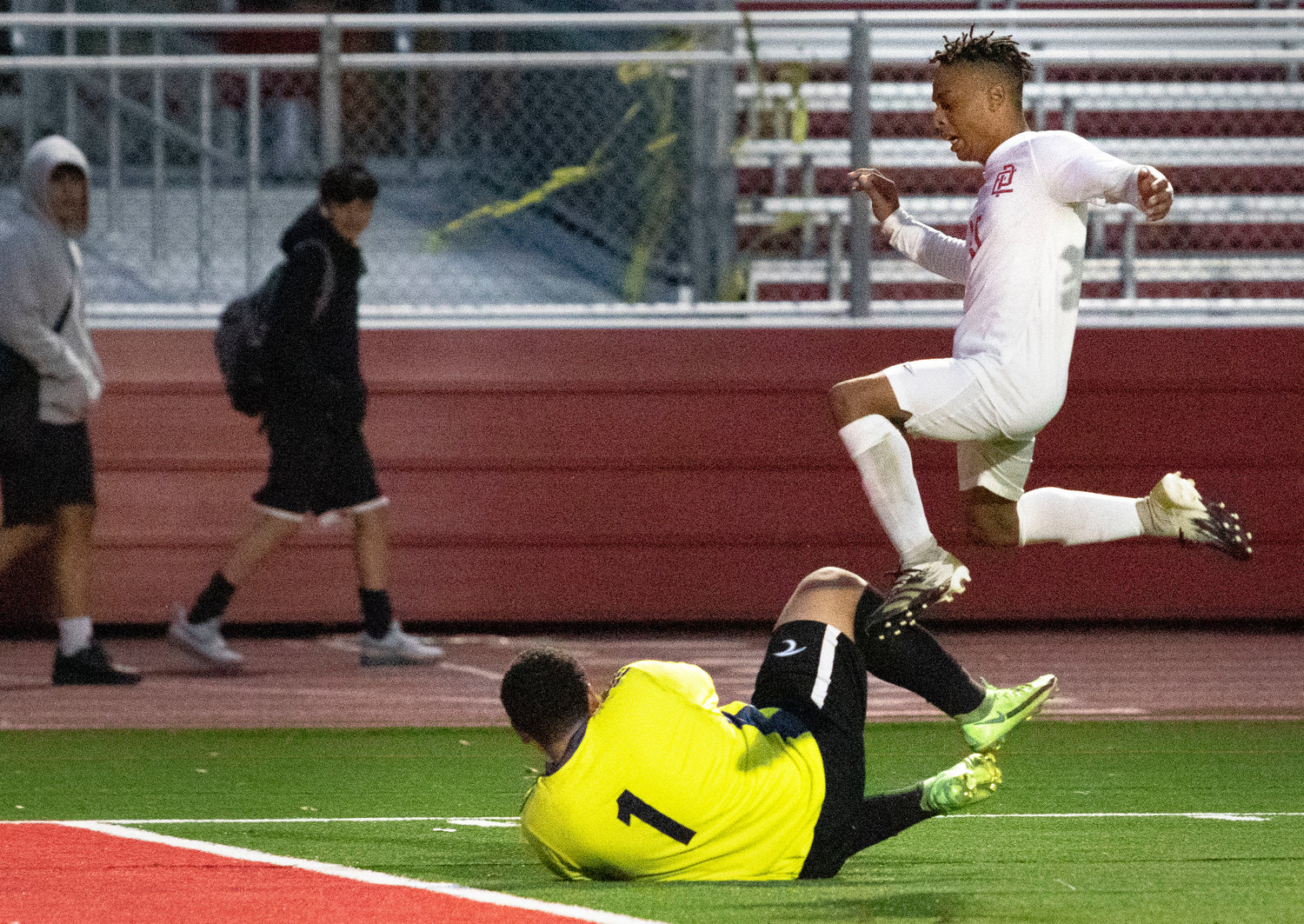 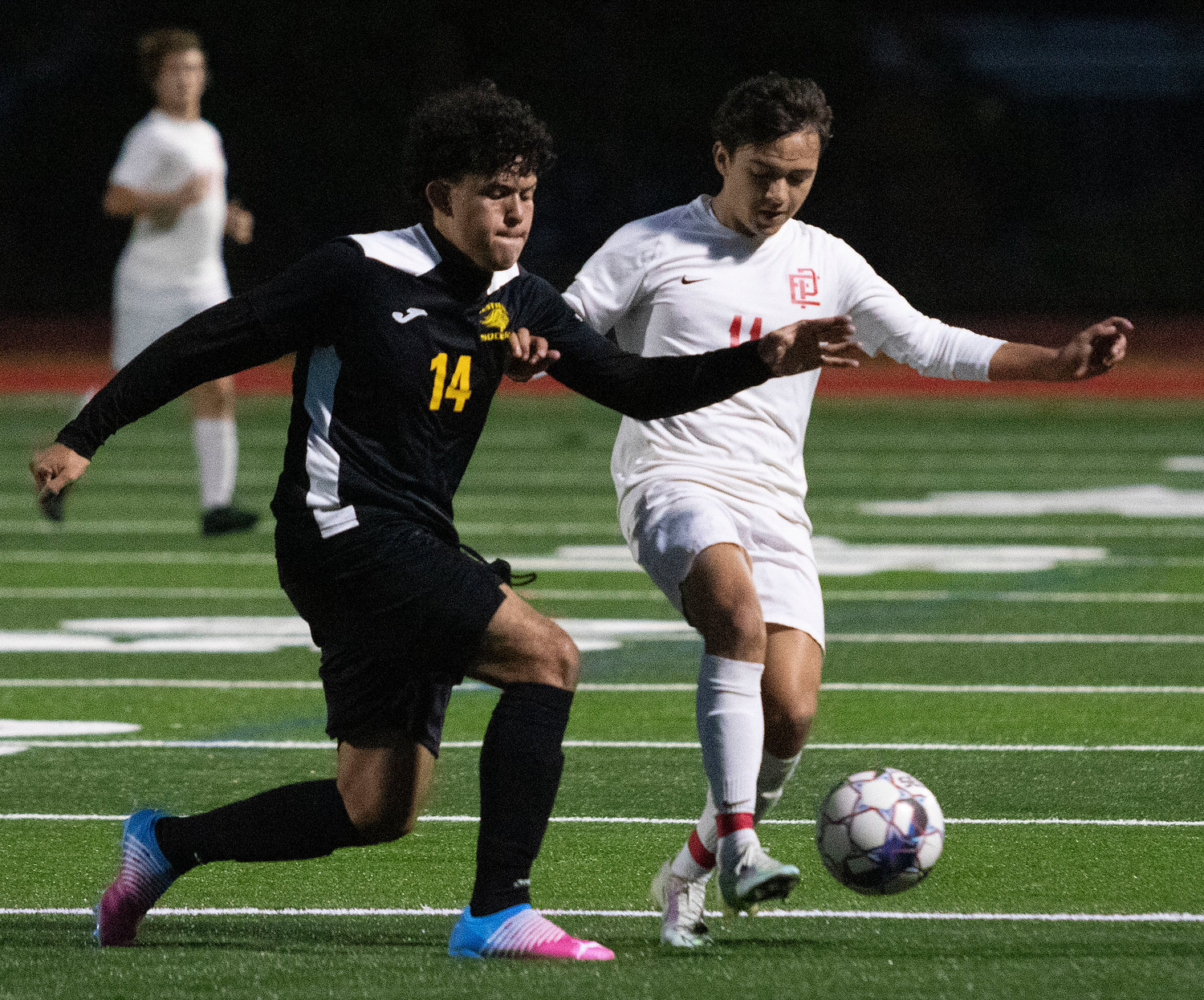 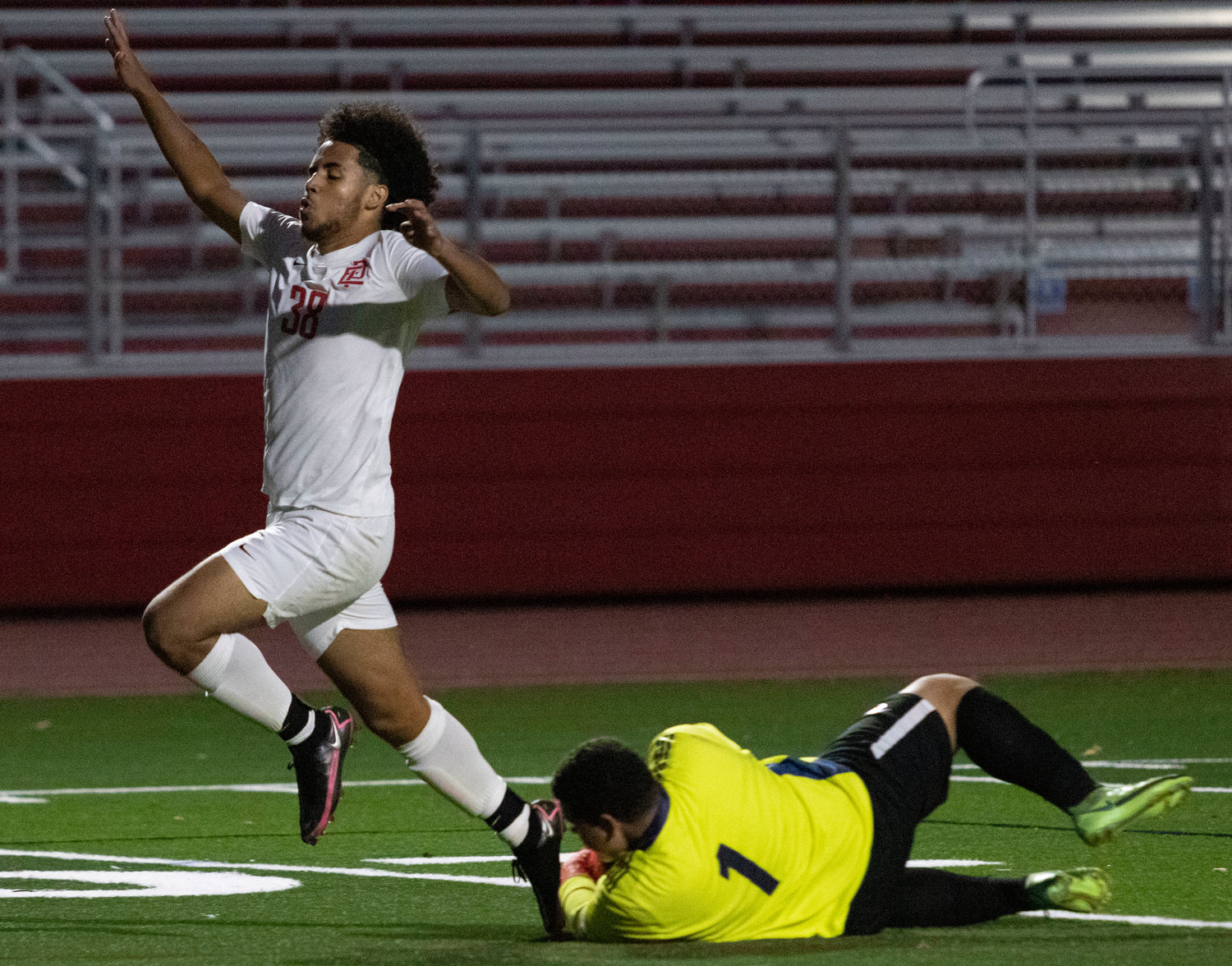 EAST PROVIDENCE — It’s been a bit of a different season off the pitch for the East Providence High School boys’ soccer team so far in 2022, but the Townies continue to post the same kind of results that have made them one of the more consistent playoff programs in Division I the last several years.

East Providence closed last week with a 2-1, come-from-behind win over visiting Central Falls Saturday afternoon, Oct. 8, at Townie Stadium. The locals improved to 3-3-3 and with 12 points in the league table, just one shy of reaching the minimum number required (13) to secure a bid into next month’s state championship tournament.

Senior Andrew Jackson, wearing the captain’s arm band for the contest, was involved in both of East Providence’s goals. His long through-ball from just over midfield, admittedly intended for another teammate, found the foot of Pedro Sousa, who calmly slid a shot under the on-rushing C.F. keeper to tie the score at one in the 44th minute.

Jackson then scored off a free kick from the left wing just outside of the Warriors’ 18-yard box after the visitors were called for a foul in the 53rd minute.

The second tally was just enough for keeper Nick Bento and the EPHS backline, which fended off only one more real threat by C.F. on consecutive shots in the 65th minute. Bento, who finished the game with five saves, gave up what was a soft goal to the visitors early in the first half when he fumbled the initial shot and allowed the rebound to get past.

“We started off a little flat,” said Jackson, who added he and his mates heeded the halftime words of head coach Tony Vieira to offer up a better effort over the final 40 minutes. “A couple of guys started working more in the second half and the rest of the team followed.”

Of his assist, he continued, “I meant to get to Ryan Paiva, but I mishit it and it ended up working out,” adding of his goal, “my original plan was to find the open guy at the top of the box, but one of the coaches kinda gave it away, so I went to hit it on goal and it worked out for me.”

The Townies entered this week with five outings left on their regular season schedule, including what Vieira called two “winnable” games against Cumberland, October 12, and at Classical in Providence on October 14. They then stay on the road for games October 19 and 24 in Lincoln and Barrington before ending their slate at home against rival LaSalle on October 26.

On where his team sits on the D-I table entering the final weeks of the regular season, Vieira said, “I would say 3-3-3 its about where I thought we would be looking at the schedule at the beginning of the season with what other teams had coming back and with our situation. I think most people looked at us, considering what happened to us and thought it was going to be disastrous, but I knew the quality of the guys we still had and some of the younger guys have stepped up.”

EPHS was the program most impacted by a recent change in the structure of the regional boys’ game for high school age players when Major League Soccer decided to expand its MLS “Next” program by inviting more area club programs with Under-19 and Under-16 teams into the fold. Because those teams play at the same time as the local high school season, the members are ineligible to also play for the Townies per Rhode Island Interscholastic League rules.

The city-based Bayside FC organization, operated by Vieira and former EPHS standout and current Providence College men’s soccer assistant coach John Mark Andrade, accepted one of the invites. The Townies lost four players to the Bayside U-19 and U-16 teams. Another potential impact player, incoming freshman Julian Monteiro, has already been a member of the New England Revolution youth system and plays for the Revs’ U-15 club.

“Realistically, if we had those five guys, we’d probably be one of the top two or three teams in state. We probably wouldn’t have lost a couple of games we have. We’d be like 5-1-3 instead of what we are. But the guys we do have have been working really hard. We’re getting better as the season goes along, and there’s really not much more we can ask for,” said Vieira, who noted his side has been without four starters at various times so far throughout the fall.

He added, “It’s given guys opportunities. We were very inexperienced coming into the season. A lot of the guys had never played varsity before. And then we had the injuries, which opened things up even more. It was good for some of the new and young kids to get some experience early on in the season. It’s going to help us the rest of this year and it’s really good for the guys coming back on next year’s team.”

Prior to the C.F. game, the Townies were coming off their second win of the season last Wednesday night, Oct. 5, when they held visiting Central without a goal while scoring the lone tally themselves in a 1-0 victory. Ethan Waters directed home a Ricardo Lima corner kick in the first half to account for the game’s one goal. Meanwhile, the E.P. defense and keeper Bento (6 saves) kept the visiting Knights off the scoreboard for all 80 minutes to record the team’s second clean sheet of the season.