Wildcats lose, 3-1, to Turners Falls in round of sixteen

Wildcats lose, 3-1, to Turners Falls in round of sixteen 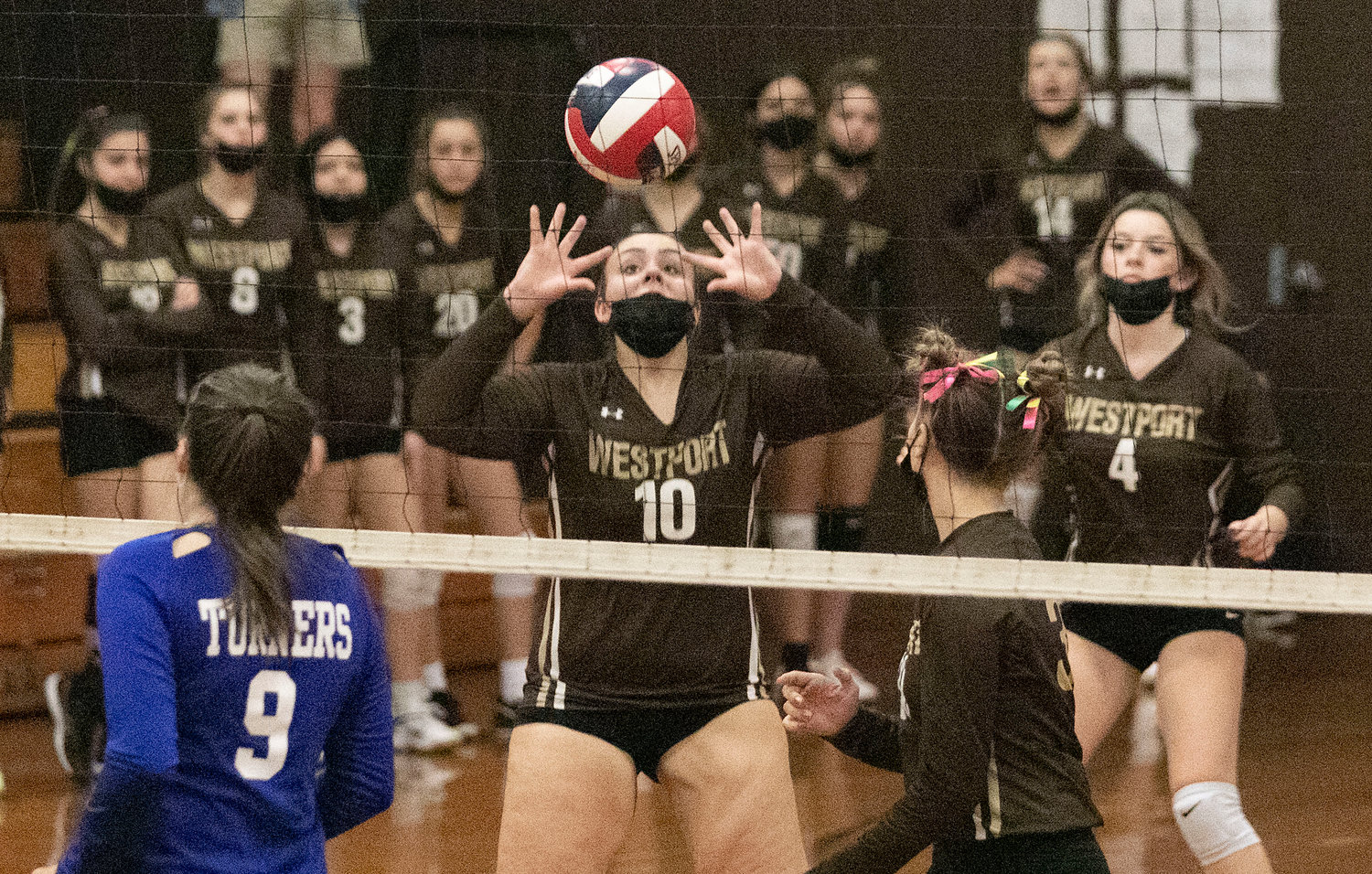 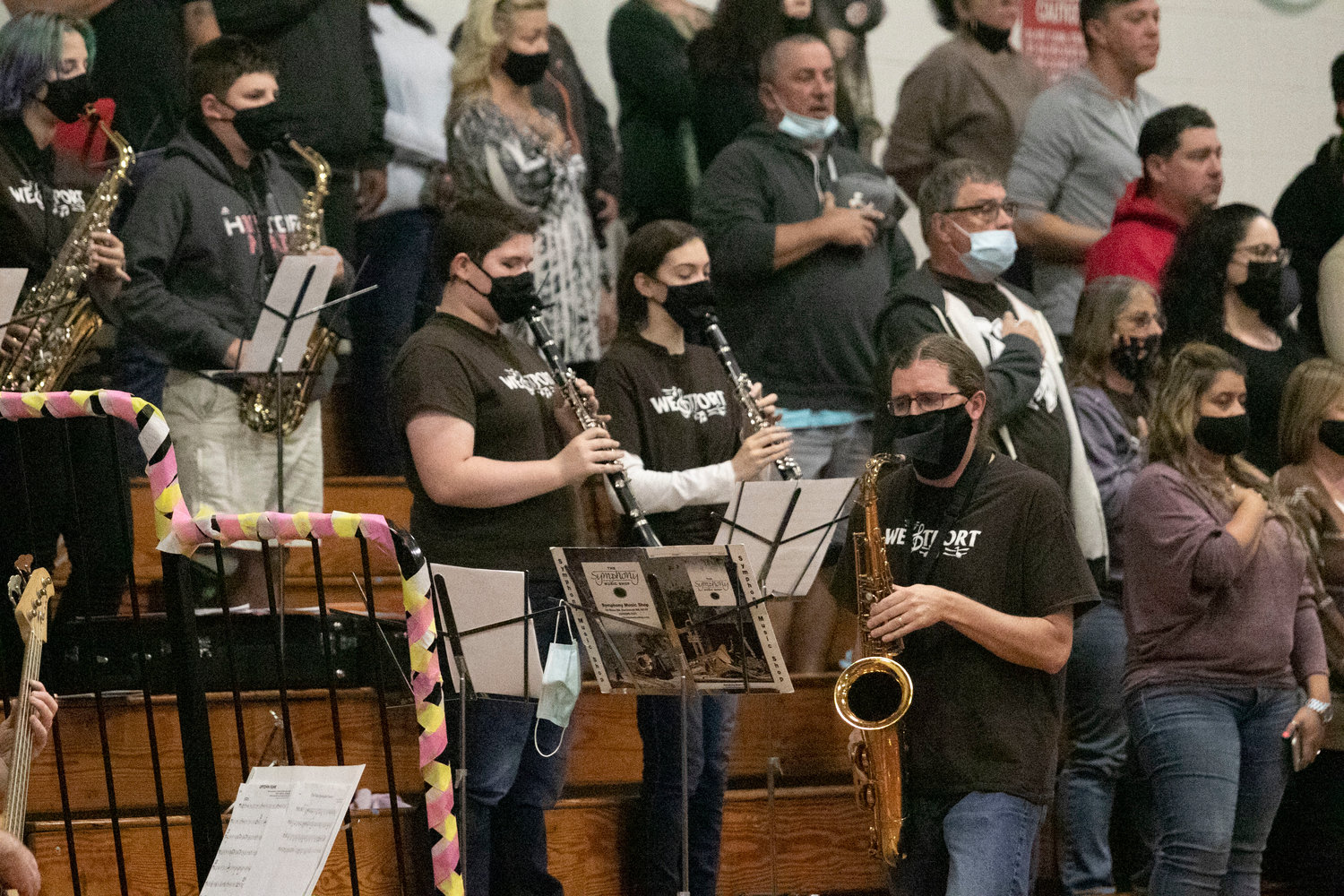 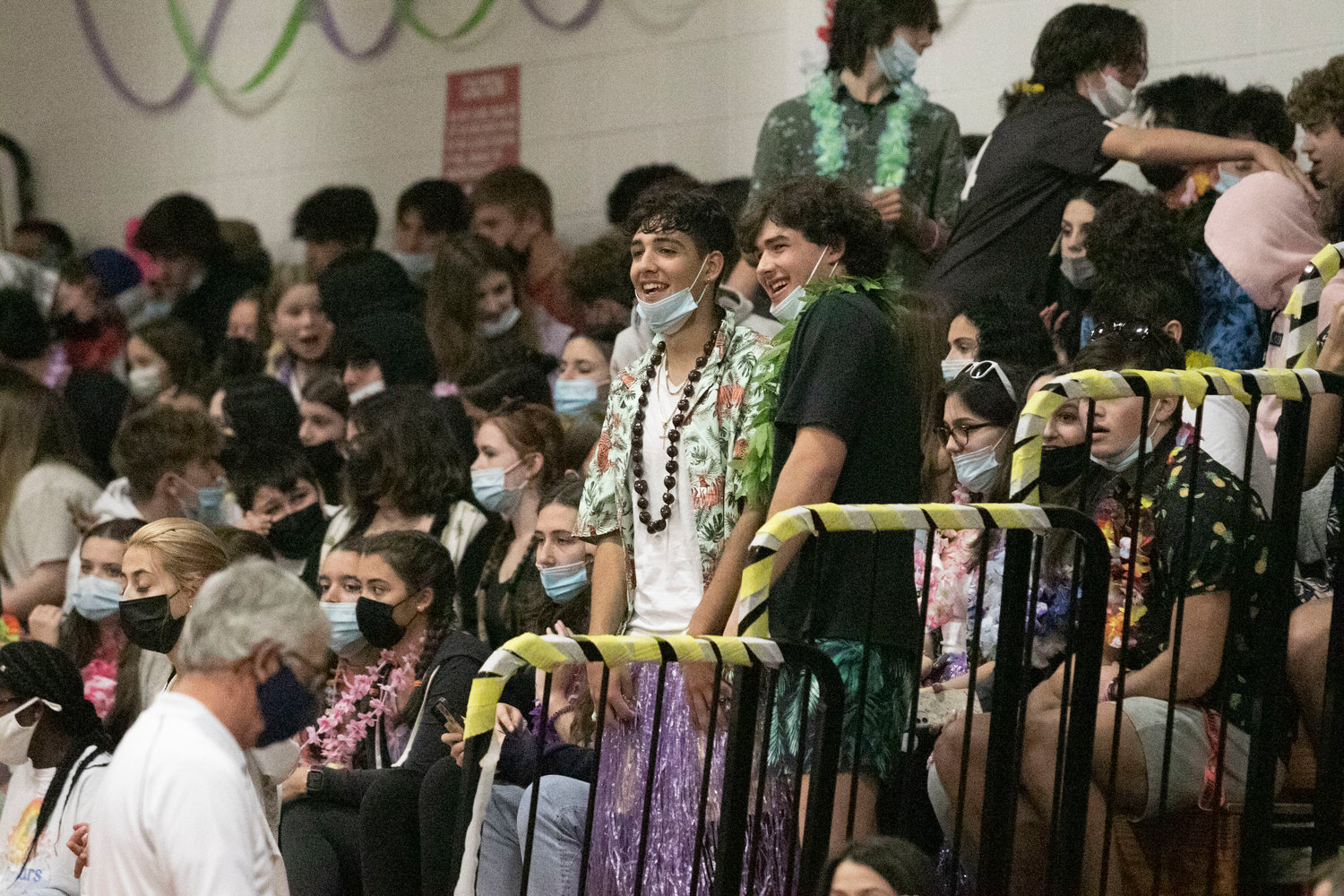 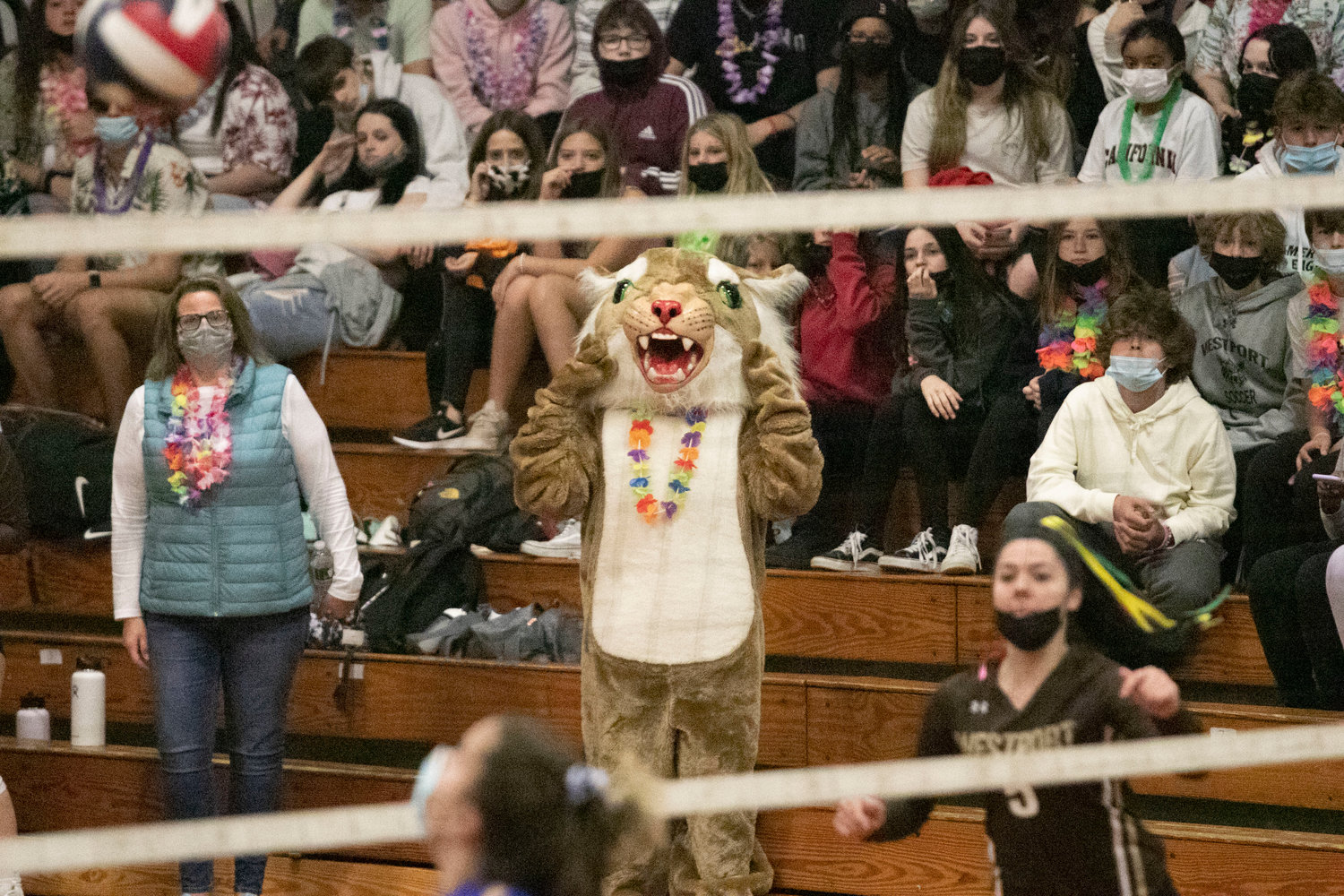 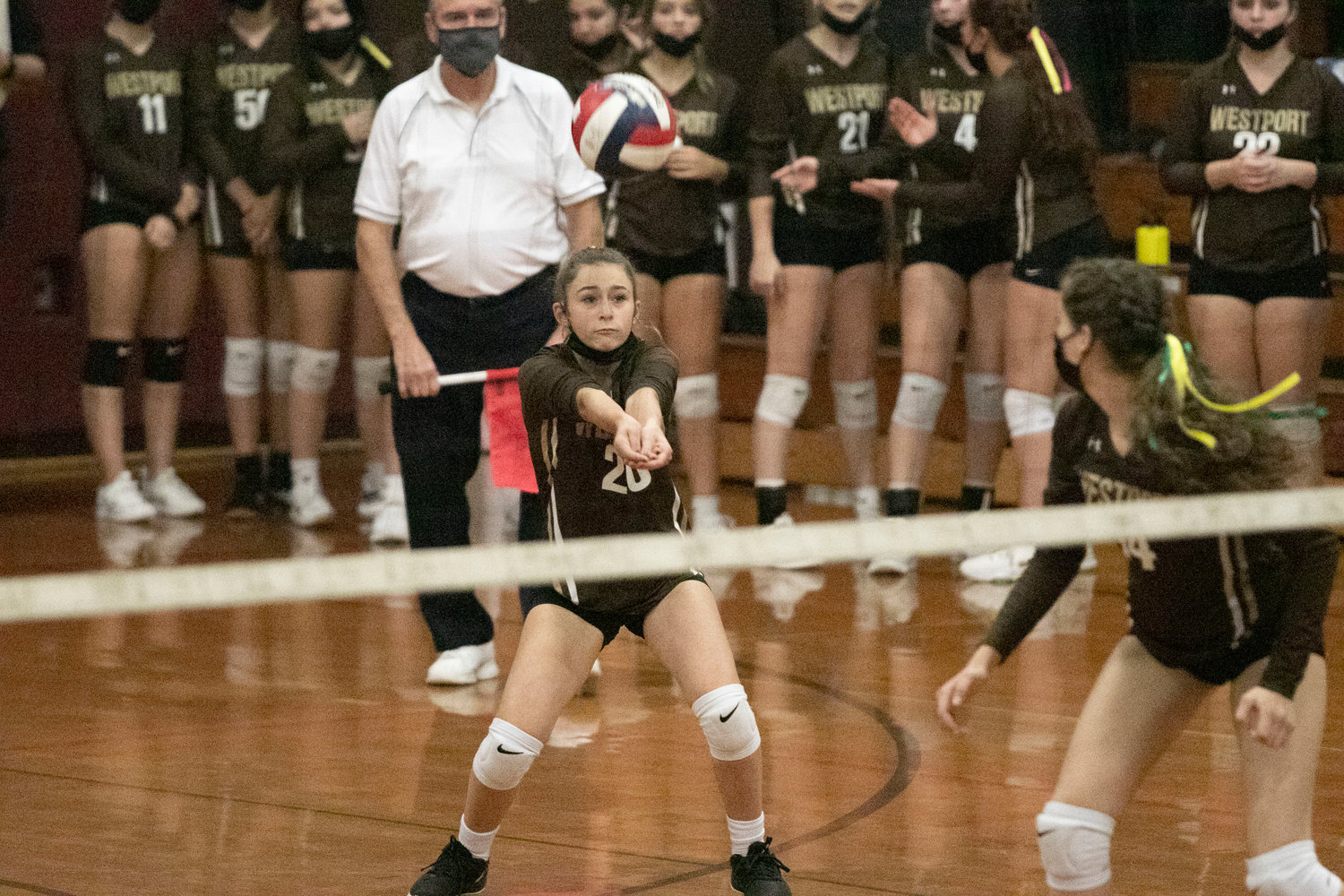 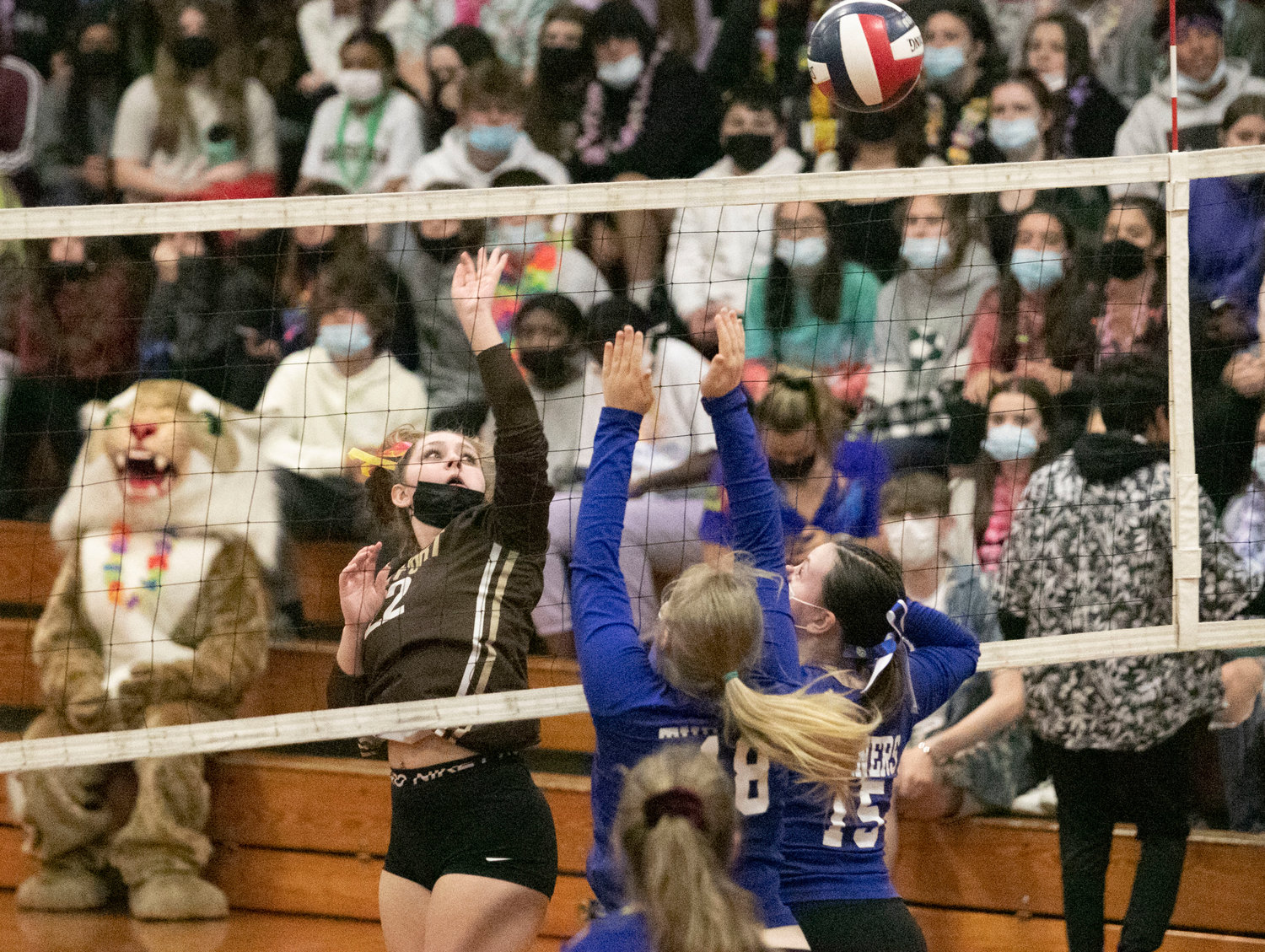 Marissa Quinlan hits a shot over the net and Turners Falls players for a kill. 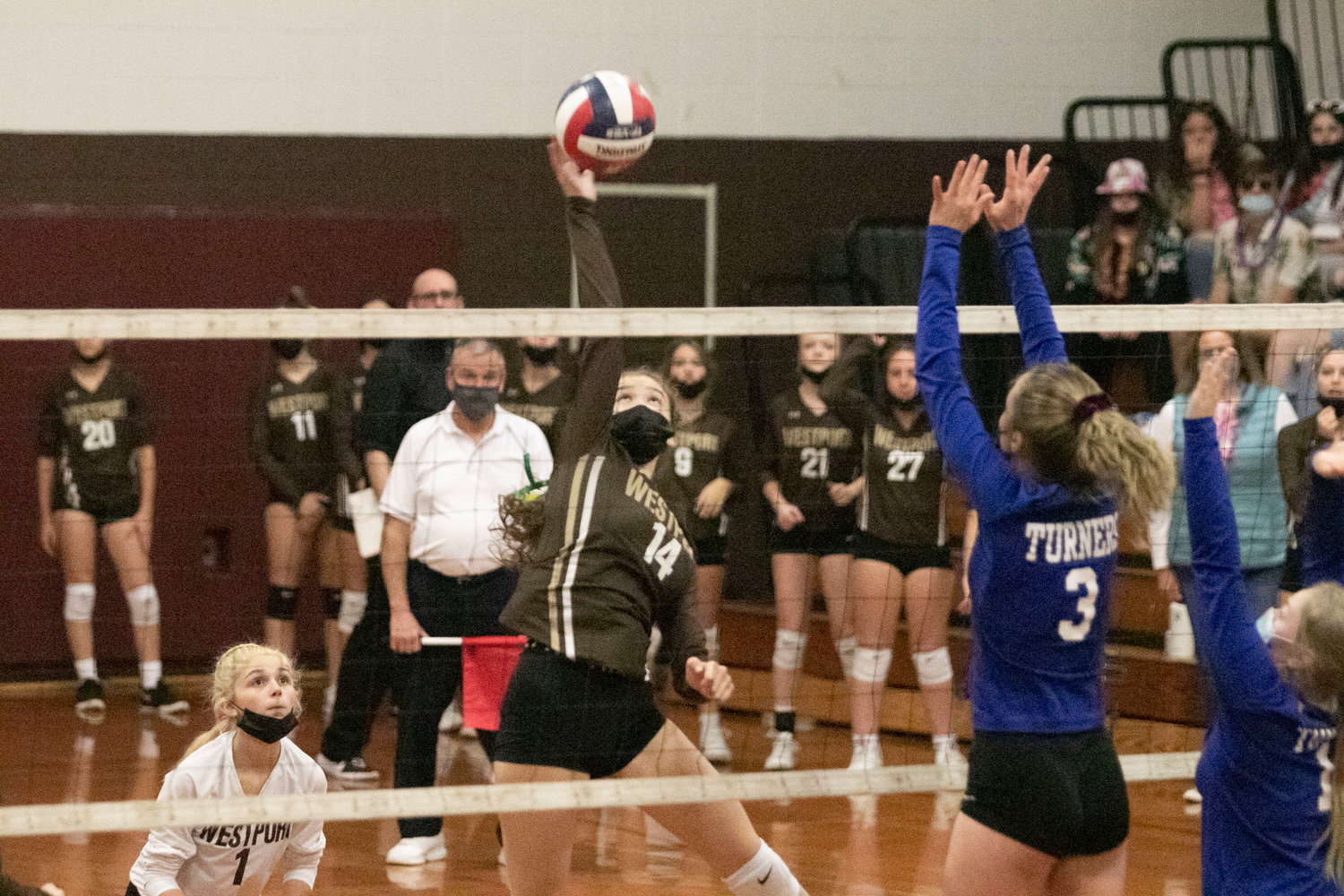 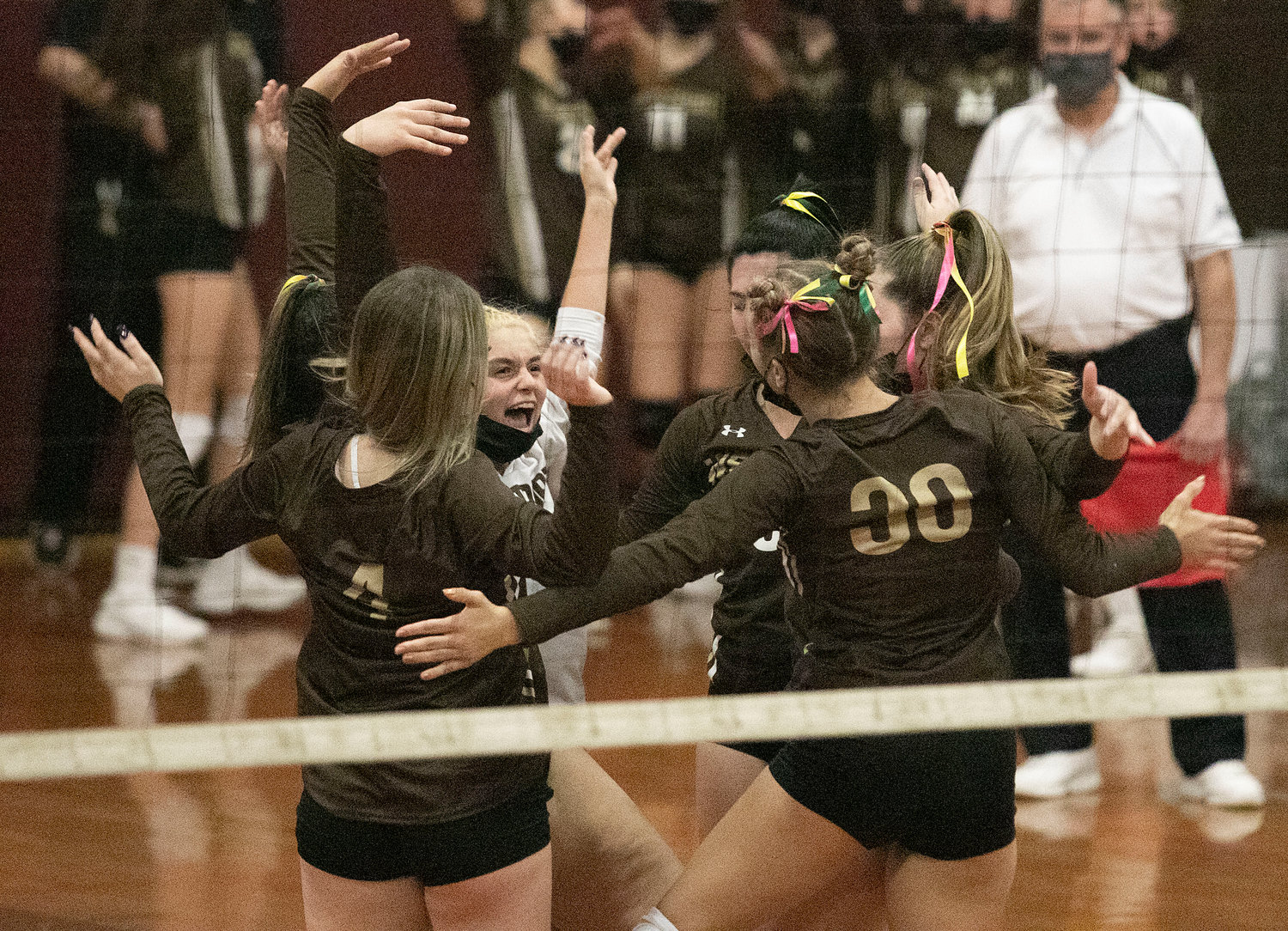 Paige Churchill (left) leads the cheer after a Wildcats ace. 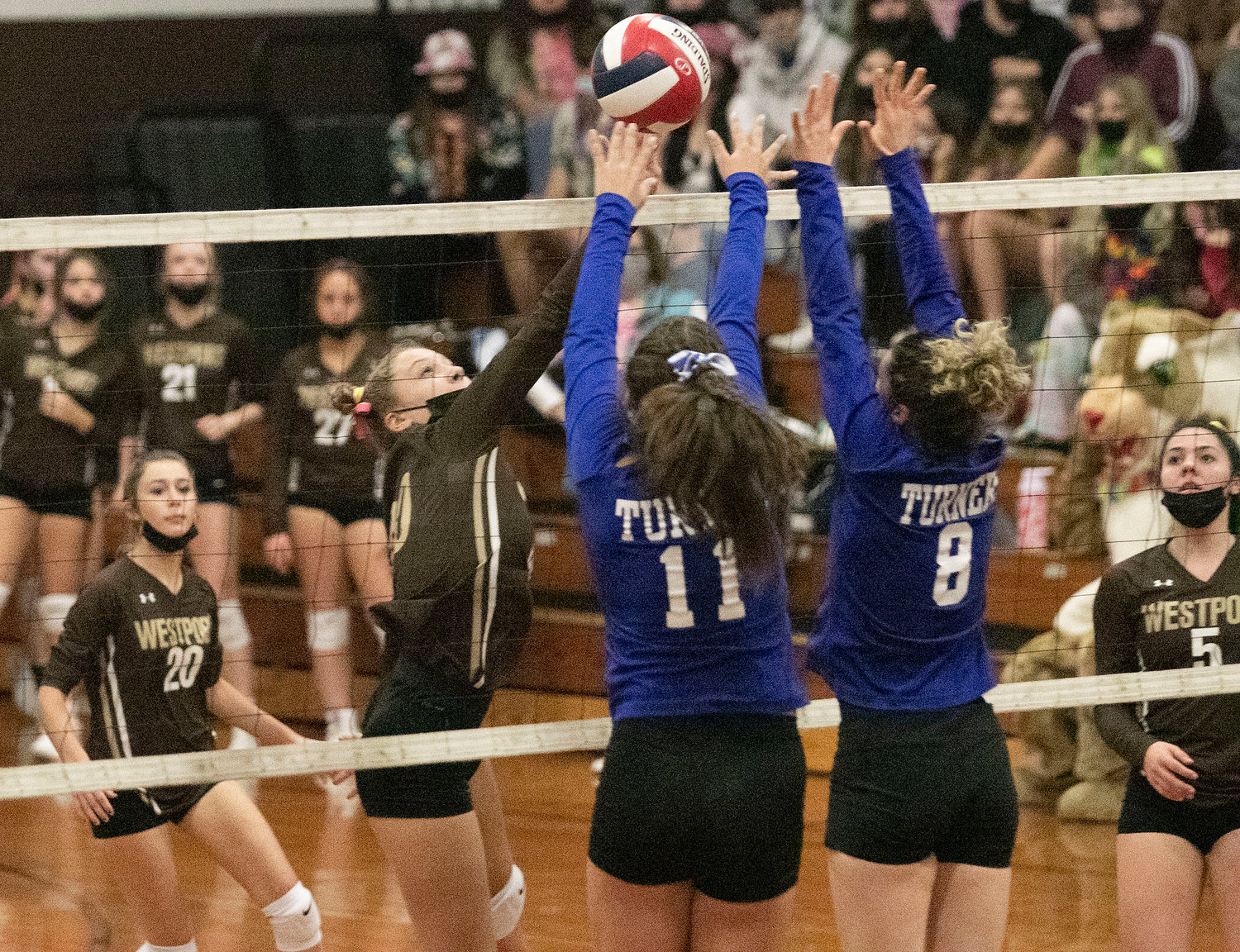 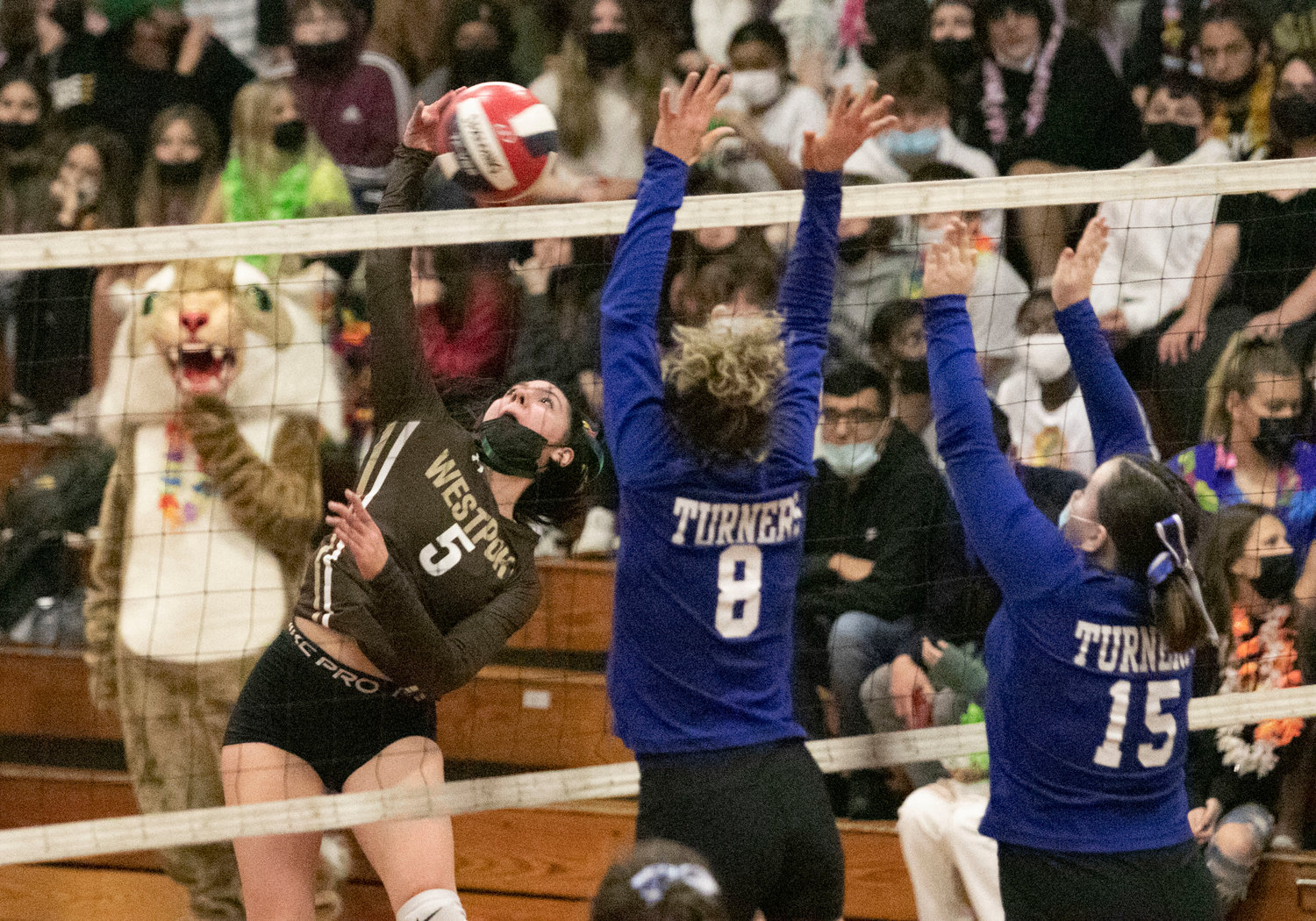 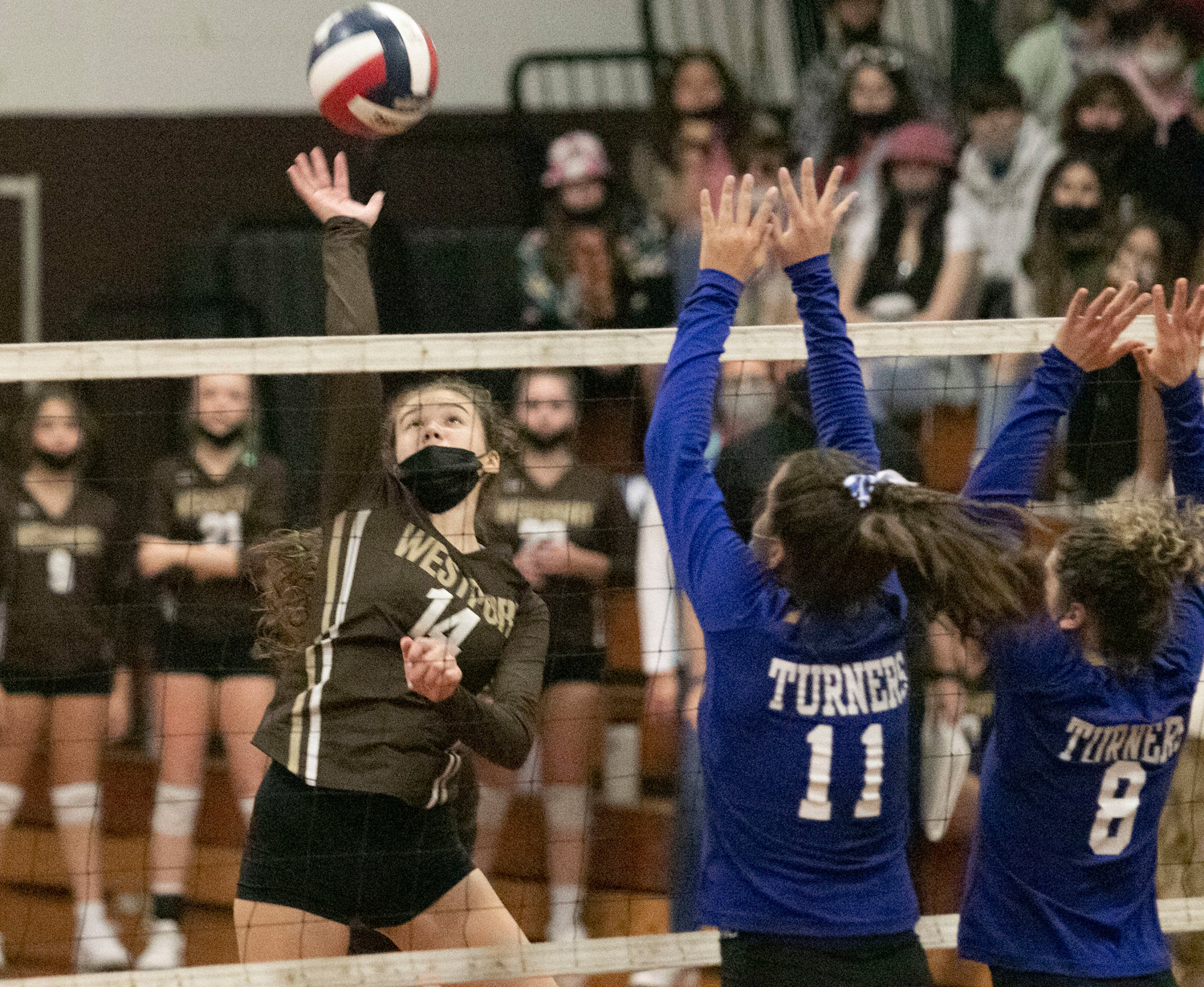 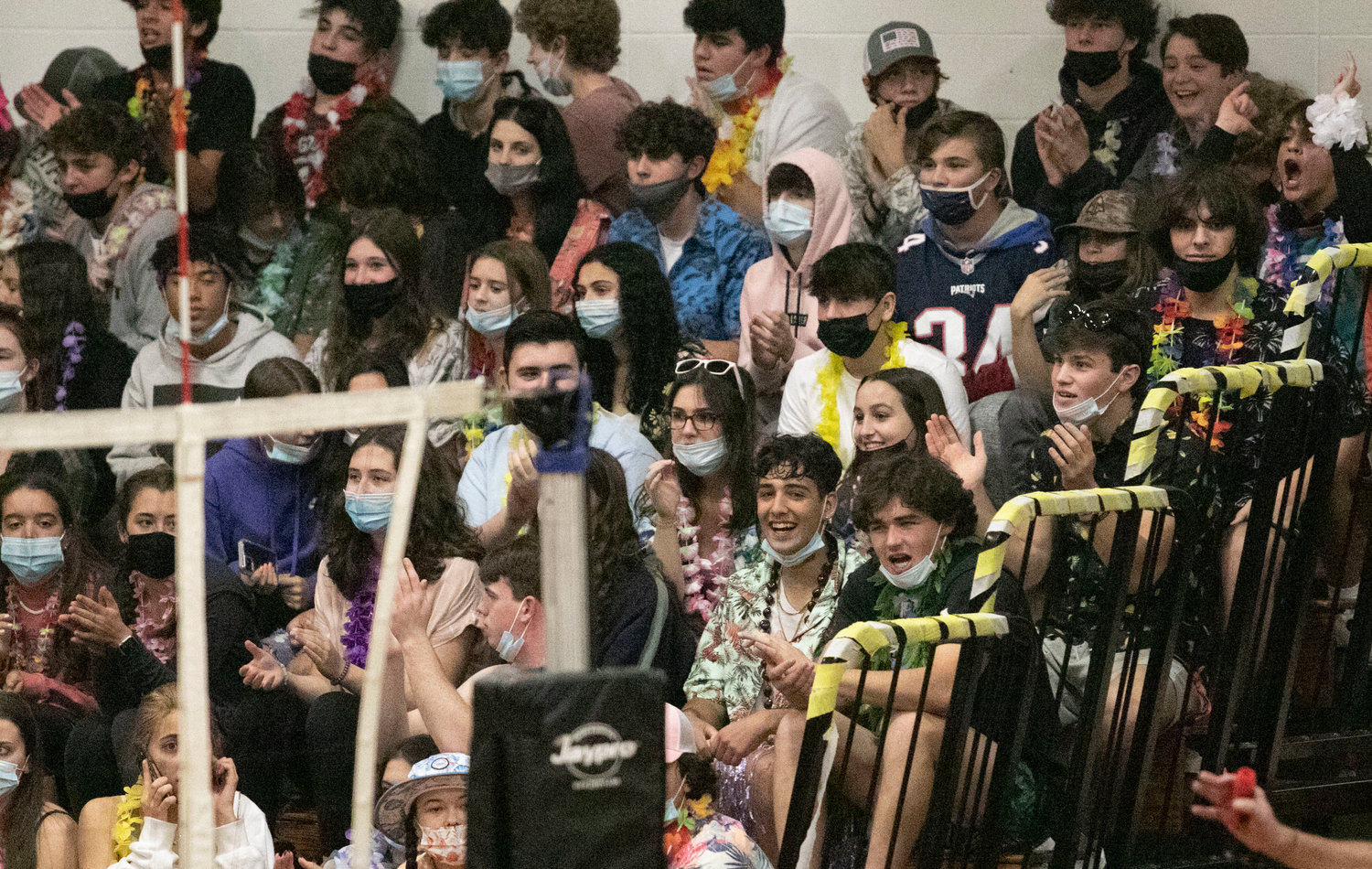 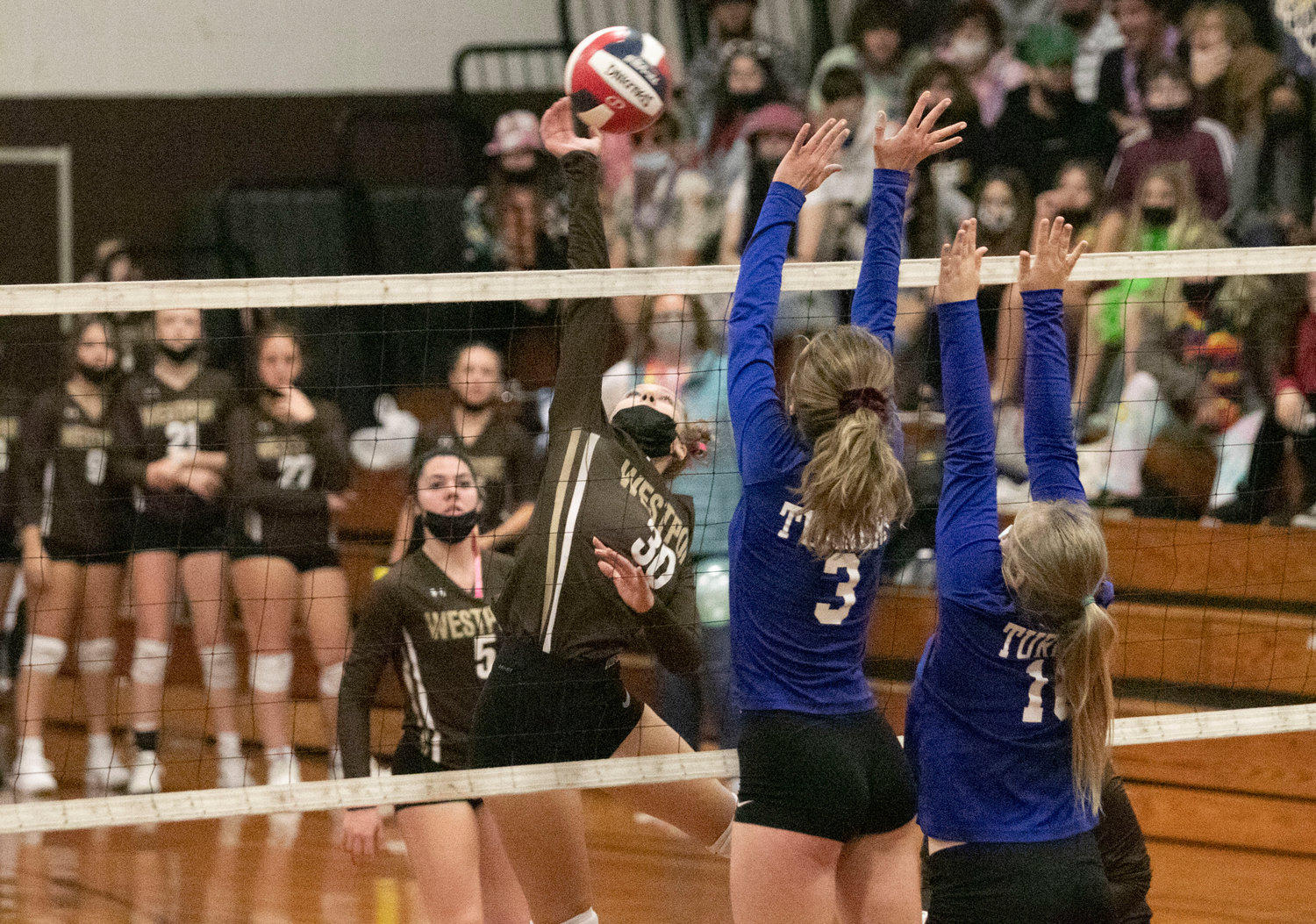 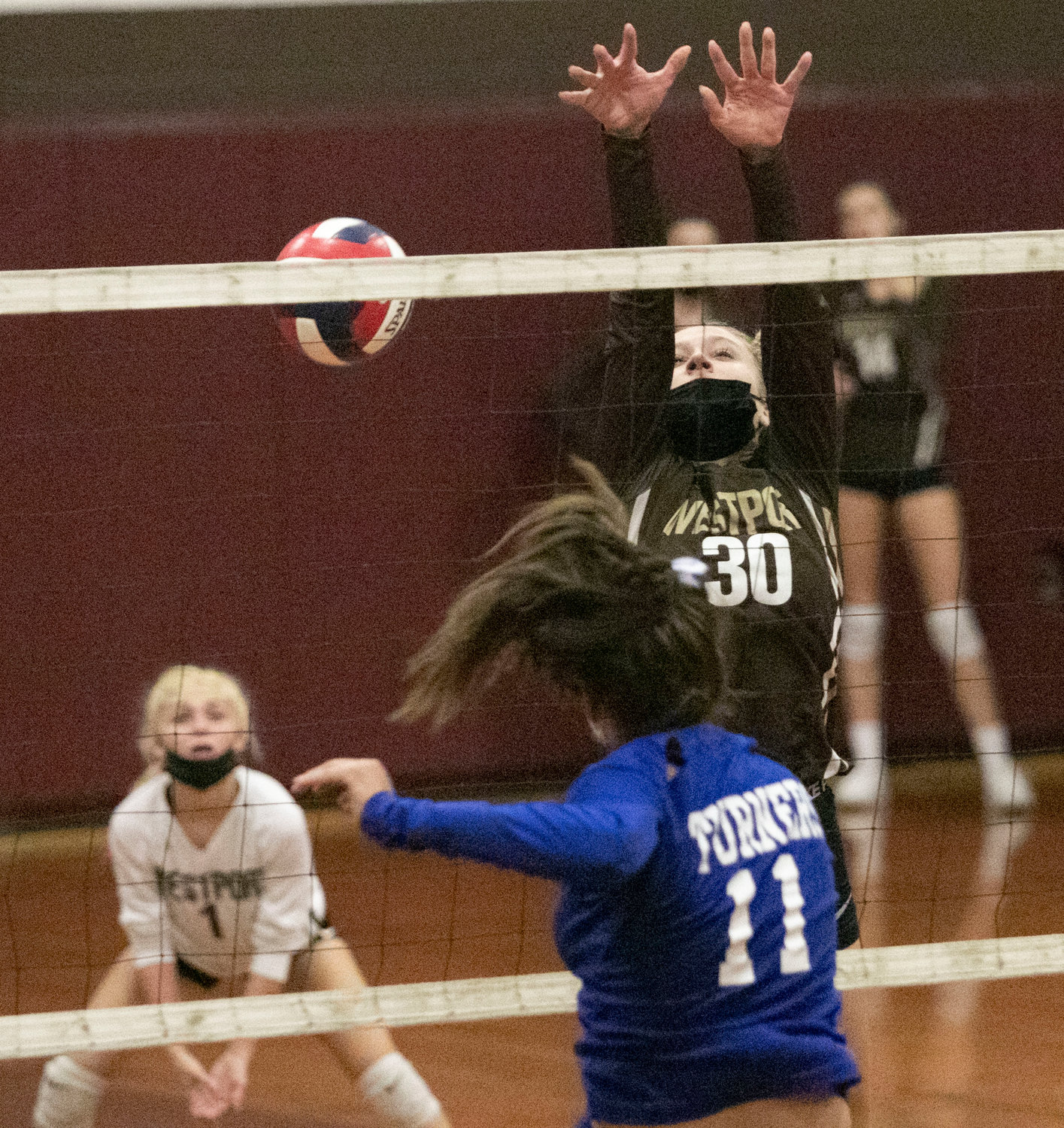 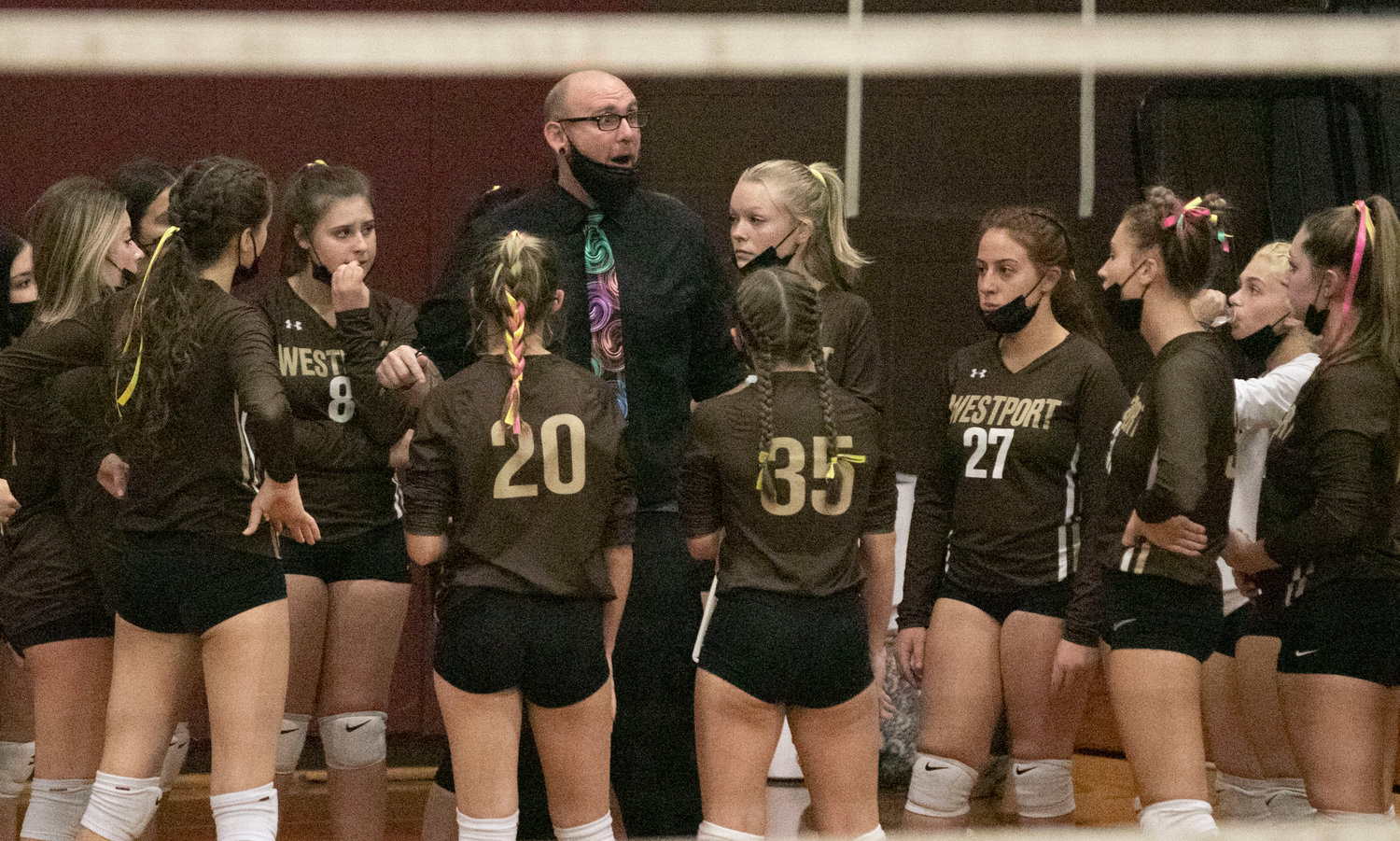 Head coach Mike King speaks to the team during a time out. 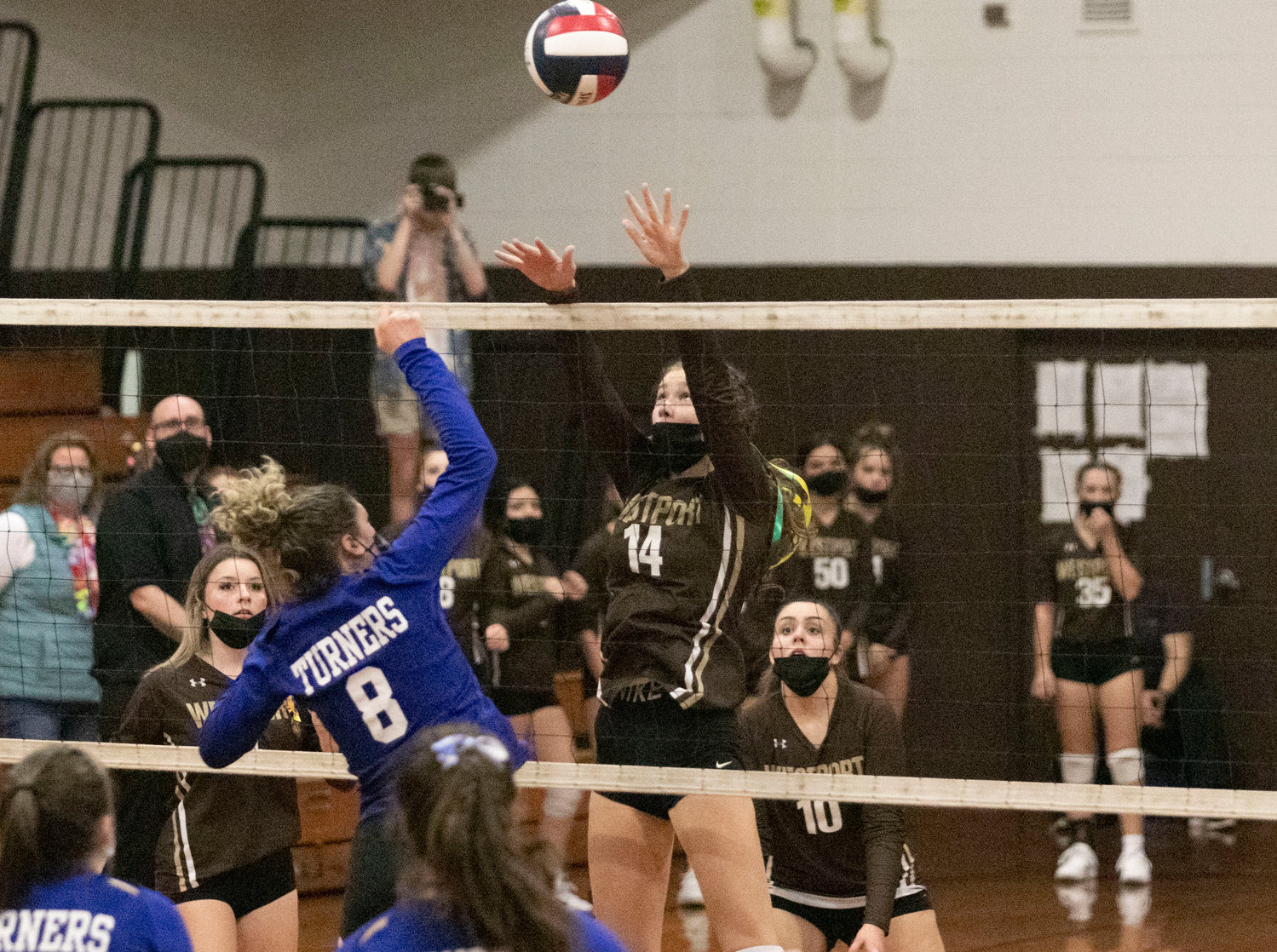 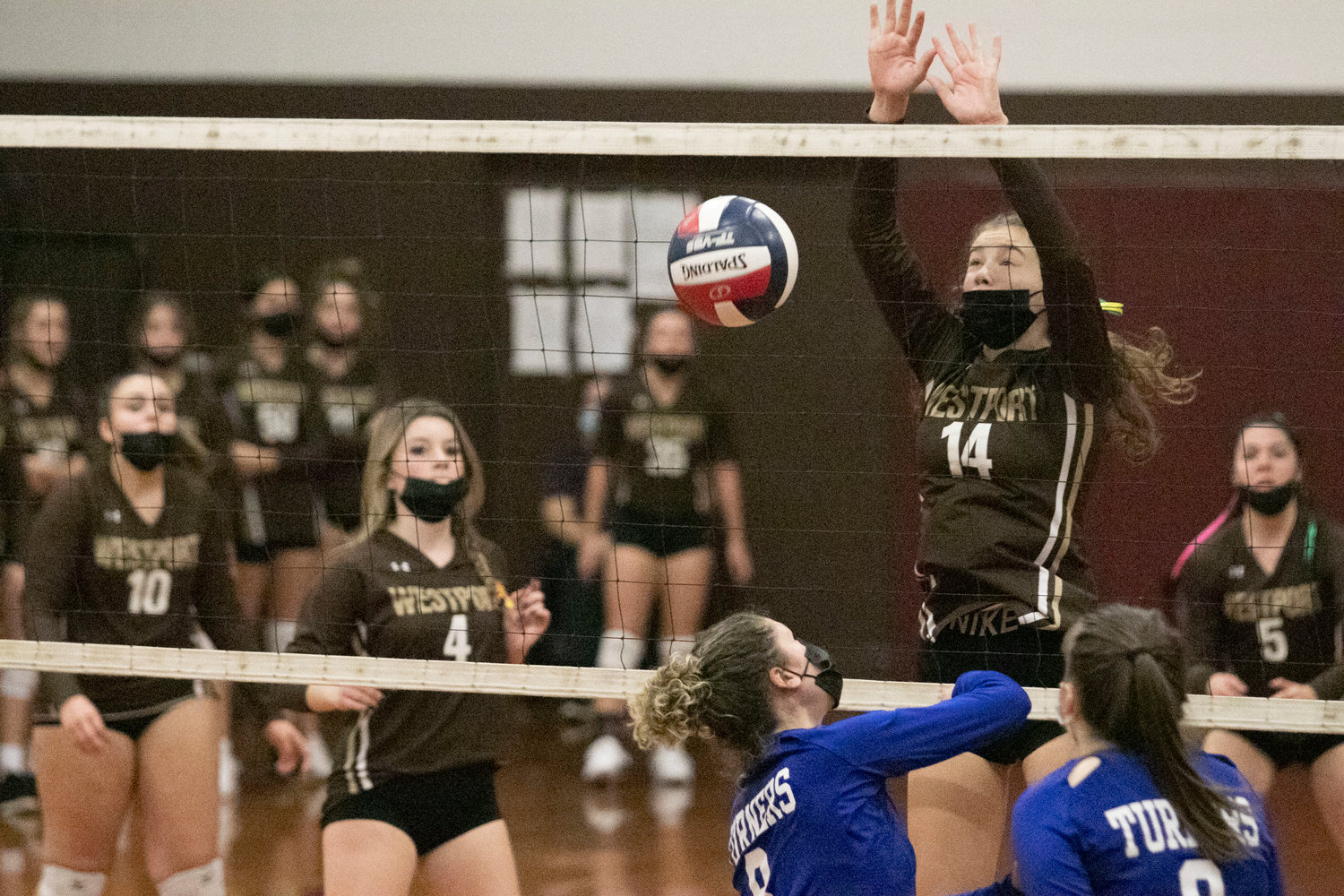 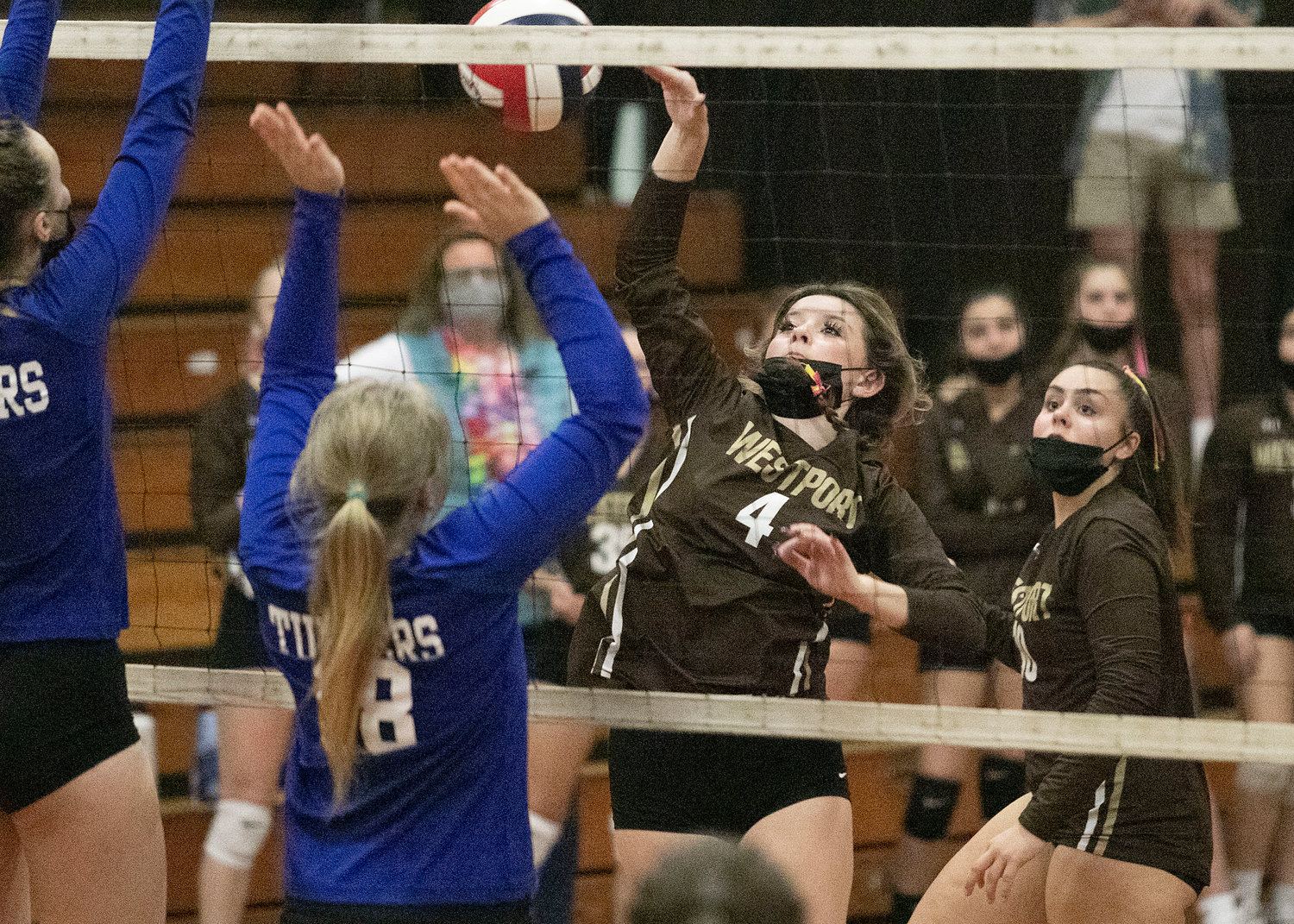 Middle hitter Zoey Sylvain taps the ball over the net with Abby Gaudreau looking on at right. 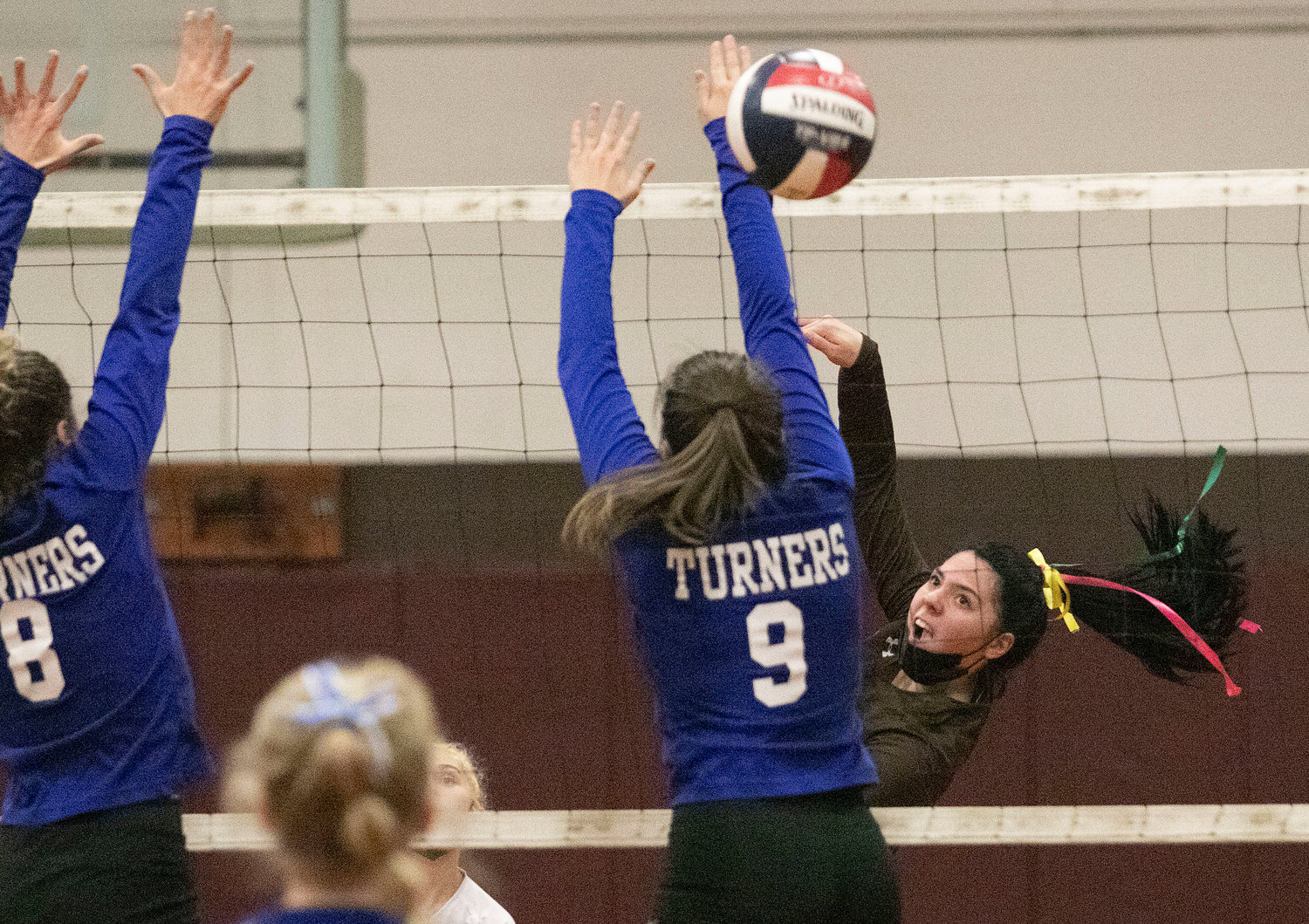 Junior outside hitter Kylie Finglas spikes the ball over the net for a winner. Finglas led the team with fourteen kills. 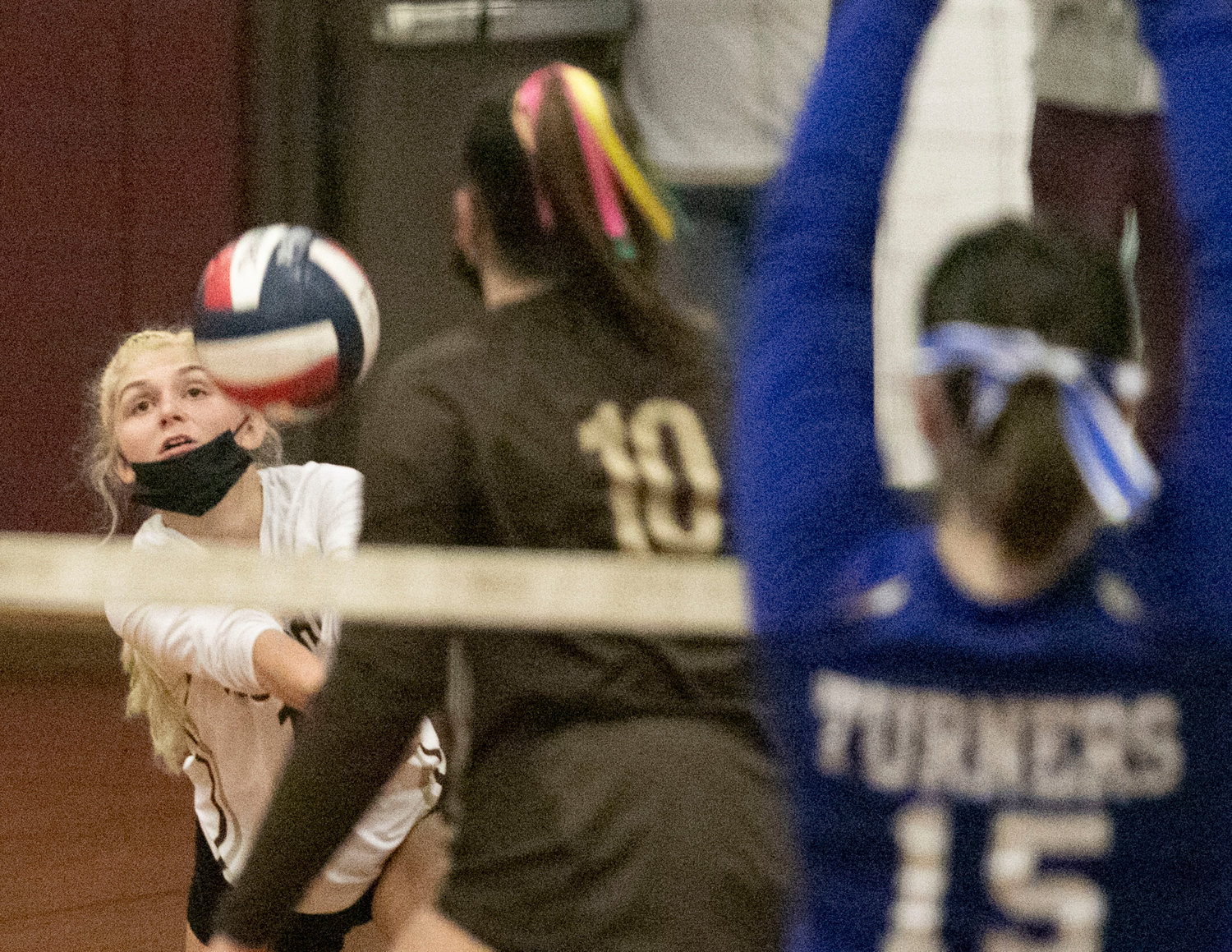 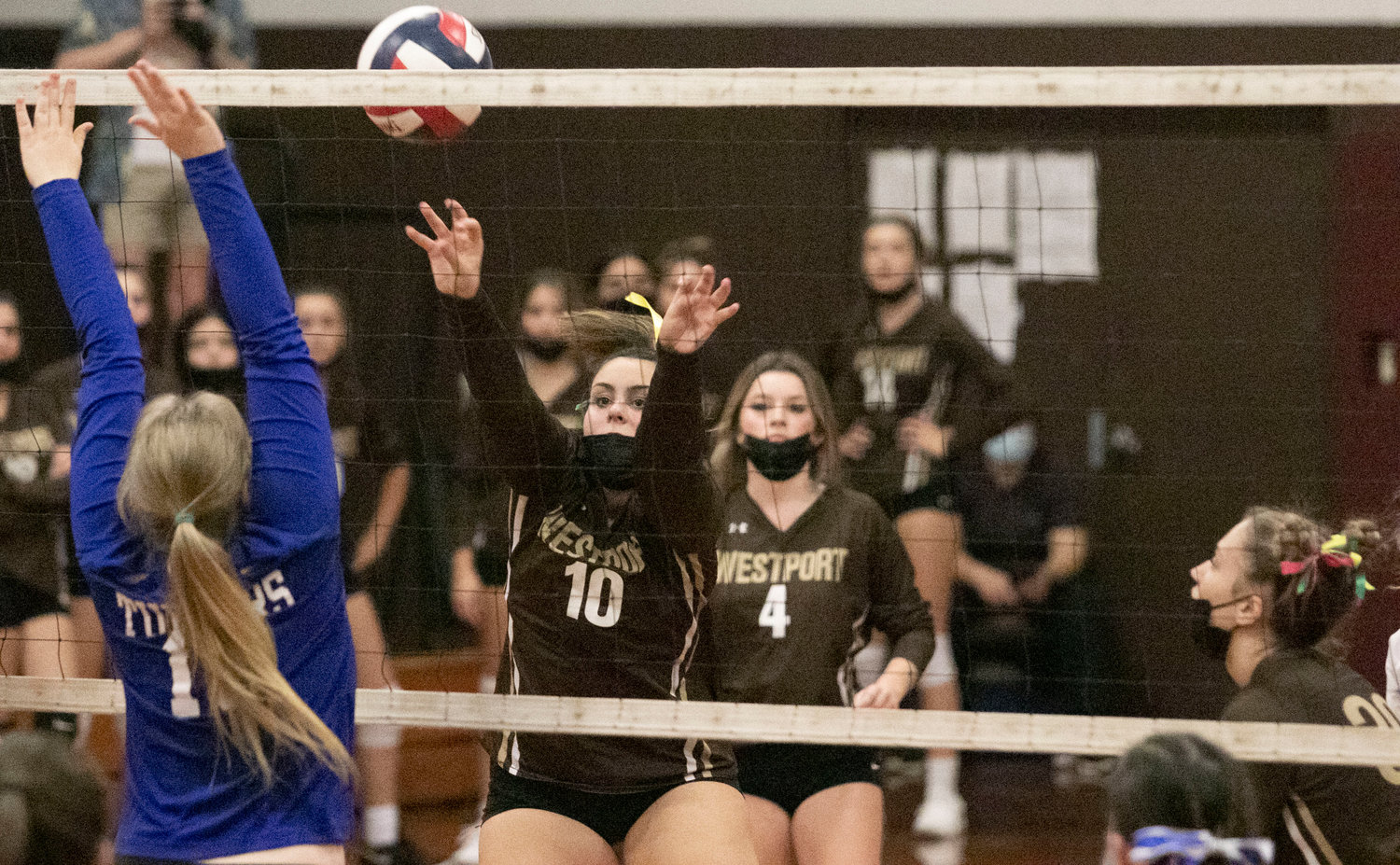 “The girls played so well tonight,” said Wildcats head coach Mike King after the game. “They never gave up and that’s what makes this team so special. They all play for and with each other.”

“The senior leadership on the team has been amazing,” Coach King said. “Without them, this team doesn’t perform the way they have over the past two seasons. I can’t express how hard they work and how determined they are. This may be the best team I have had, not necessary for their skill, but for all their immeasurable talents.”

Losing seven seniors will be difficult for the Wildcats next season. “They will be very tough to replace,” said Coach King. “We set out this year to win the Mayflower Comprehensive Division and we did it.”

The Wildcats came up short on their second goal, to win a state championship, but the team played well all season long.

“We came up a little short, but Westport volleyball is on the map,” said Coach King. “A lot of it is due to the work and dedication of the girls. They have been just an amazing group.”

Rock scores 22, leads Westport over Tiverton, 63-48, in annual match up