A Cummings Lane resident walked in to the station to report vandalism.

Police dealt with a road hazard called in from Reed and Forge roads at 2:28 p.m. 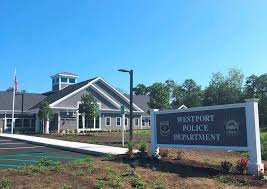 A Cummings Lane resident walked in to the station to report vandalism.

Police dealt with a road hazard called in from Reed and Forge roads at 2:28 p.m.

A caller from Boysenberry Drive called just before 8 a.m. with a request for an officer to help keep the peace.

Ryan Andrew Hogan, 43, of 97 Bracken St., third floor, Cranston, RI, was arrested on a warrant out of another town after police pulled over a car on Main Road at 12:45 p.m.

Police dealt with a road hazard on State Road called in at 2:17 p.m.

A Brookside Avenue resident called at 10:35 a.m. to report larceny, forgery or fraud.

Police responded to a car accident called in from Briggs and Tickle roads at 12:13 p.m.

Jill Donahue, 42, of 741 State Road, Apt. 136, Dartmouth, was charged with shoplifting by concealing merchandise, third offense, after a caller from State Road reported a larceny.

A caller from Old County Road reported a suspicious person at 12:19 p.m., but police deemed the report unfounded.

A caller from Reed Road reported a suspicious car just before 4 p.m.

Police took a report of an auto accident on East Beach Road at 6:22 p.m.

A caller from Old Bedford Road reported a missing person at 8:41 a.m.

A Legacy Lane resident reported the violation of a restraining order.

Jennilynn Ryan, 29, of 360 Brayton Ave., Apt. 2, Fall River, was arrested following a car stop at 1:36 a.m. at State and Old Bedford Road, and charged with the unlicensed operation of a motor vehicle, a plate violation, and possession of a Class B drug.

Police served a summons on Main Road just before 9:30 a.m.

A 911 caller reported an accident at Sodom Road and American Legion Highway at 4:56 p.m.

A 911 caller reported a disturbance at Steven Street and Brayton Avenue at 8:01 p.m.

A Stonehaven Way resident reported a neighbor dispute at 5:14 p.m. Another call came in from the same street exactly five hours later.

A caller to 911 reported a disturbance on Tickle Road just after 8 a.m.