Westport's youngest resident arrived a bit early Saturday afternoon, barreling down the highway somewhere in the vicinity of Old County Road and Route 88.

The baby, a healthy boy, was delivered in … 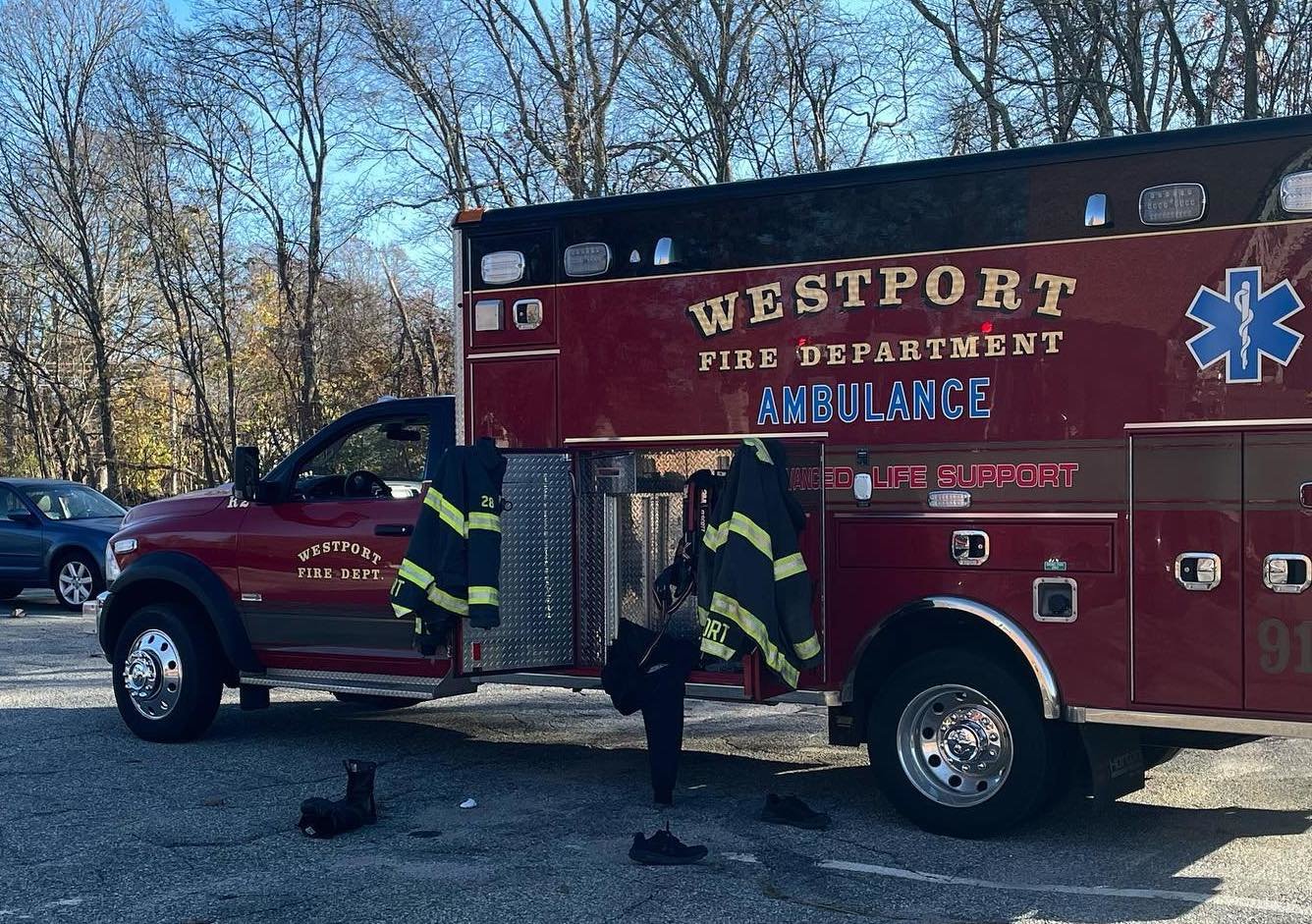 Westport's youngest resident arrived a bit early Saturday afternoon, barreling down the highway somewhere in the vicinity of Old County Road and Route 88.

The baby, a healthy boy, was delivered in the back of a Westport Fire Department ambulance driven by Matt Cowell, who shared the front with a very nervous and excited father. The mom, and paramedics Robbie Greene and Bob Porawski, were in the back.

Though he said such deliveries are rare in Westport, Greene, a lieutenant, said the department trains for them and he was overjoyed to see all the work pay off.

The department received a 911 call at about 2 p.m., about six hours into Greene's 24-hour shift. While dispatchers stayed on the phone with the expectant parents and coached them through what they needed to do, Cowell and his two fellow department members drove toward their home, keeping abreast of developments with dispatchers the whole time.

When they arrived, the mother "was appearing to be in labor," said Greene, whose wife recently gave birth to a son via C-section. "Frequent contractions, and knowing what I had gone through with my wife, I knew that could happen for days. But we didn't want to stick around. At some point the baby's going to come."

So they loaded mother and father into the ambulance and headed north toward Charlton Memorial Hospital.

"Five minutes in, the contractions relaxed quite a bit and all of a sudden we saw the head starting to come out," Greene said. "Nature took its course and the baby was delivered without any issues or complications. We were able to do our thing, dry him off, warm him up; he was starting to move around. In less than a minute he started to cry and get his color and we were like, 'We think we're good here.'"

With 18 hours to go in his 24-hour shift, Greene said the parents' joy and relief as the baby arrived safely and in good health made his day. Though the parents had planned for almost every eventuality, they didn't plan on a mobile delivery. They were obviously relieved, he said, and the rest of the ride was considerably less stressful than the first few minutes.

"The relief of the parents, who were obviously concerned, was great. They had a plan, they had taken all the proper steps, they knew everything that they thought was about to happen but that plan changed drastically. It made my night to see their relief."

Greene said he was also proud to see how his colleagues' training and work paid off.

"This is not a common call for us in Westport, but we're prepared and we train for these types of things. So seeing the system come together, and having a great outcome, was great. To see that baby come out, start to cry, catch his breath ..."

The baby is apparently doing just fine, but Greene and Porawski haven't had a lot of time to keep abreast of his health — a fellow firefighter's wife gave birth Thursday evening, so he's out and the department is short-staffed for the time being.

Editor's note: The name of the baby boy and his parents could not be released by the Westport Fire Department due to medical privacy regulations.