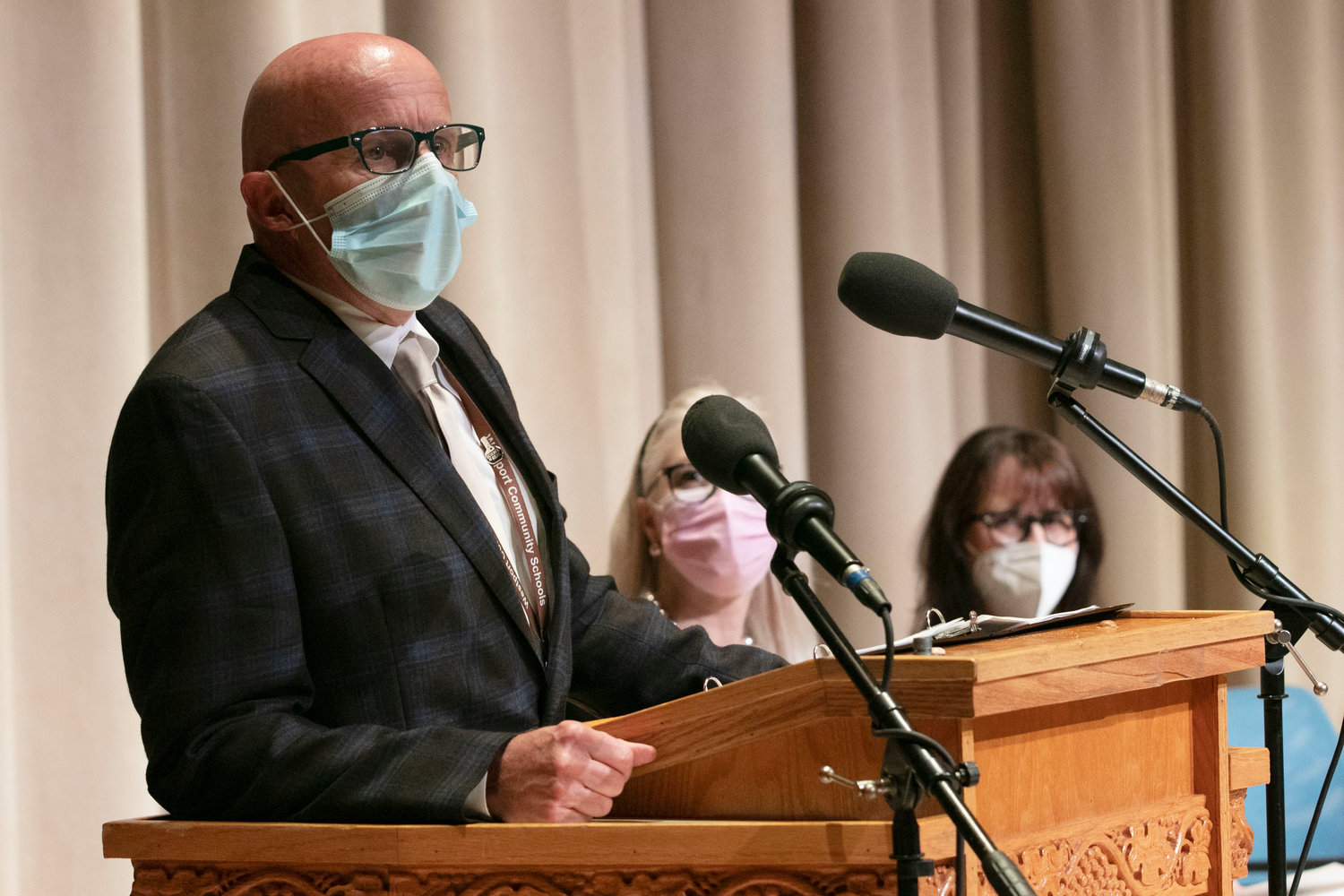 "This project has brought out the very best in our community," Tracy Priestner, the vice chair of the Westport School Building Committee, told the crowd in the school's new performing arts center and auditorium.

Through "unity, hard work and dedication, our citizens ... came together to do what was best for the future of our schools, our town and, most importantly, our children."

Friday's ceremony was a long time coming. The school, which houses more than 800 students from the fifth through twelfth grades, had been under construction for more than two years when it first opened to students on Tuesday, Sept. xx.

But the building's history stretches back even further. The move to fund and build the massive complex began for all intents and purposes in 2011, when PCBs were found in the now-demolished Westport Middle School, which closed three years later.

Westport officials determined that remediating the building would cost more money than it was worth, so it was closed while a new facility was researched, funded and built. Voters approved funds at the 2015 Town Meeting to help fund its construction.

Though there are still small odd jobs to do at the new school, officials said they were overjoyed at the community's response to talk of a large expenditure of money.

Though he was not in charge at the time, Westport School Superintendent Thomas Aubin said he is proud to be at the helm of a district that obviously values education.

This "marks the culmination of years of hard work from myriad individuals," he said. "It is a gargantuan effort to get to the finish line (and) only the beginning act in what we hope will be a transformational change for our schools and for our community."