The Westport Town Planner position, which has been vacant since former town planner Jim Hartnett was promoted to town administrator last summer, will not be filled this coming year if a proposed … 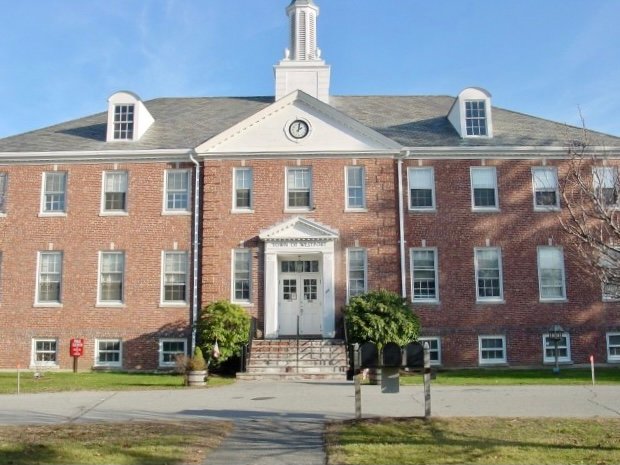 I don't think there's anyone on the select board who doesn't think we need to have an override. The only question is really, how much should it be, and how do you educate the voters so they understand what that means?”
Select Board chairwoman Shana Shufelt
By Ted Hayes

The Westport Town Planner position, which has been vacant since former town planner Jim Hartnett was promoted to town administrator last summer, will not be filled this coming year if a proposed budget drafted by Hartnett passes as is.

At last Tuesday's Westport Finance Committee meeting, planning board chairman James Whitin said the fiscal crunch that led Hartnett to remove the position from his proposed budget must be solved, but said he fears for Westport if eliminating the position is part of that solution:

"We understand the issues the town is facing with the budgets, but this is really going to kill us," he said.

The potential elimination comes as Hartnett was expected this Tuesday night to present a budget to the Select Board that caps spending at between $49.775 million and $50.077 million.

However, the actual budget could end up $1 million or more higher, as the Westport School Department has not yet released its proposed budget for the coming year; Hartnett's current budget mostly level funds the district at last year's level, with slight increases.

The two budget figures present two options — the more expensive includes department requests above and beyond obligated, fixed costs; the lower figure includes Hartnett's cuts. Even if it passes as is, the budget would still leave the town $600,000 to $900,000 short, not including any school spending increases, he said.

"The cuts are going to be difficult for all departments," Hartnett acknowledged at last Tuesday's meeting. There's no easy way to talk about or present it."

Under the planning board budget, Whitin had asked for $84,000 this coming year to pay the planner's salary, an increase of the $78,068 approved at last year's town meeting. Westport has had no luck finding a planner since the position became vacant, despite heavily advertising the position, he said.

"We've been unable to hire a town planner in the past four or five months. We have advertised everywhere."

With the position vacant, he said assistant planner Amy Messier has been doing a good job holding down the fort, and the board's second assistant town planner is also doing a good job. Still, having a full time planner versed in grant writing and other skills is vitally important:

"I know we're low hanging fruit but by (eliminating the position this year) you're really going to decrease the town's ability to get grants," Whitin said. "I'm afraid without someone really watching the grant areas in the state and the federal government, it's just not going to happen. We can't do it ourselves."

His suggestion? "Either you get an override or you figure out some way to keep our budget from being cut," he said.

Talk of an override — asking voters to approve a tax levy increase greater than the 2.5 percent allowed without one — has heated up this year, with members of the finance committee and other town officials saying they'll support bringing it to town meeting..

Though override budgets have been proposed here 19 times since 1980, only two have passed. Given the low approval rate, finance committee members and Select Board Chairwoman Shana Shufelt said at Tuesday's meeting that educating taxpayers on the need is crucial this year.

"I don't think there's anyone on the select board who doesn't think we need to have an override," Shufelt said. "The only question is really, how much should it be, and how do you educate the voters so they understand what that means?"

If a budget override is not submitted or fails, Hartnett predicted that this year's pain will be felt for years.

"We're trying not to lay off people, but that might be something we want to consider moving forward, if this is a budget we have to sustain year after year. Otherwise this budget is just going to get us one more year, and we're going to be in the same position we are in next year."