A Tiverton woman who embezzled nearly $1 million from her New Bedford employer has pleaded guilty to the charges and ordered to pay $600,000 in restitution. 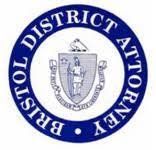 A Tiverton woman who embezzled nearly $1 million from her New Bedford employer has pleaded guilty to the charges and ordered to pay $600,000 in restitution.

Nadine Santos, 56, pleaded guilty in Bristol County Superior Court last week to 14 counts of larceny over $1,200, and was also ordered by Judge William White to serve one year of home confinement followed by two years of probation. Of the $600,000 owed, she must pay $550,000 immediately, with the balance due after her probation is up.

Santos was an officer manager at the Sullivan Williams & Quintan law firm from 2004 until she was fired in February 2020. She had full access to the firm’s finances and bank accounts, and paid bills and handled payroll on behalf of the firm.

From 2014 through early 2020, Santos allegedly used law firm funds exceeding $650,000 to pay personal debts on her and her husband’s credit cards. Also, from 2015 through 2019, Ms. Santos deposited just under $200,000 into her bank account. Finally, she was accused of allegedly using firm funds to pay off her personal auto loan and to make other unauthorized payments to herself in an amount exceeding $25,000.

After an investigation by the Financial Crimes Unit at the Bristol County District Attorney's office, Santos was indicted by the grand jury last year, and arraigned in Fall River Superior Court on May 19, 2021.

According to the District Attorney’s Office, prosecutors agreed to abide by her former employer's request for immediate restitution payment, instead of proceeding to a trial.

District Attorney Tom Quinn wrote in a statement that the restitution judgement is among the largest, if not the largest, in his memory.

“This defendant significantly breached the trust placed in her by repeatedly stealing hundreds of thousands of dollars from a small business owner."