A packed house gathered at the Dedee Shadduck Gallery Friday evening to see the first public preview of “Paul Cuffe: In Search of a New Land,” a work by New York playwright Samuel Harps … 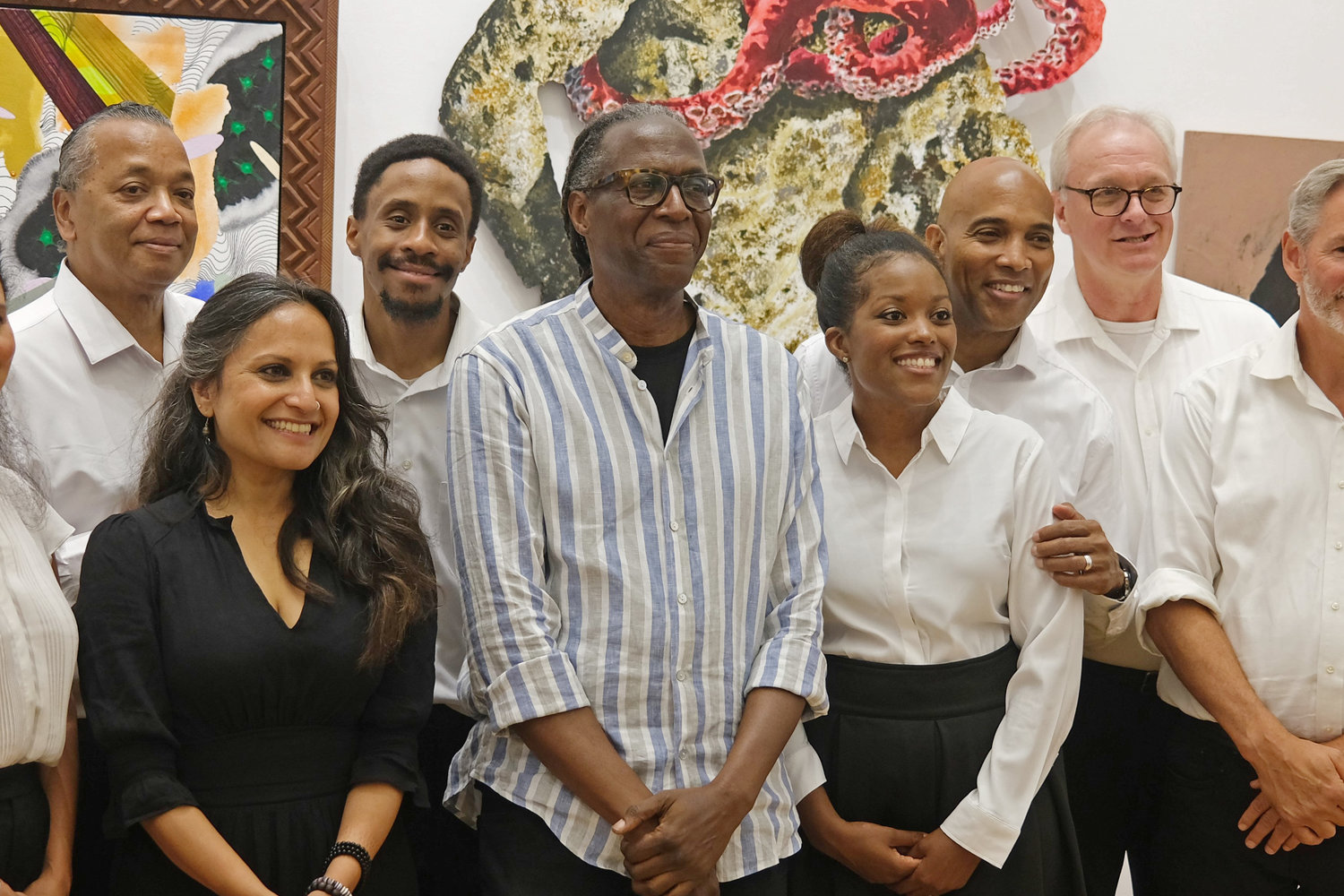 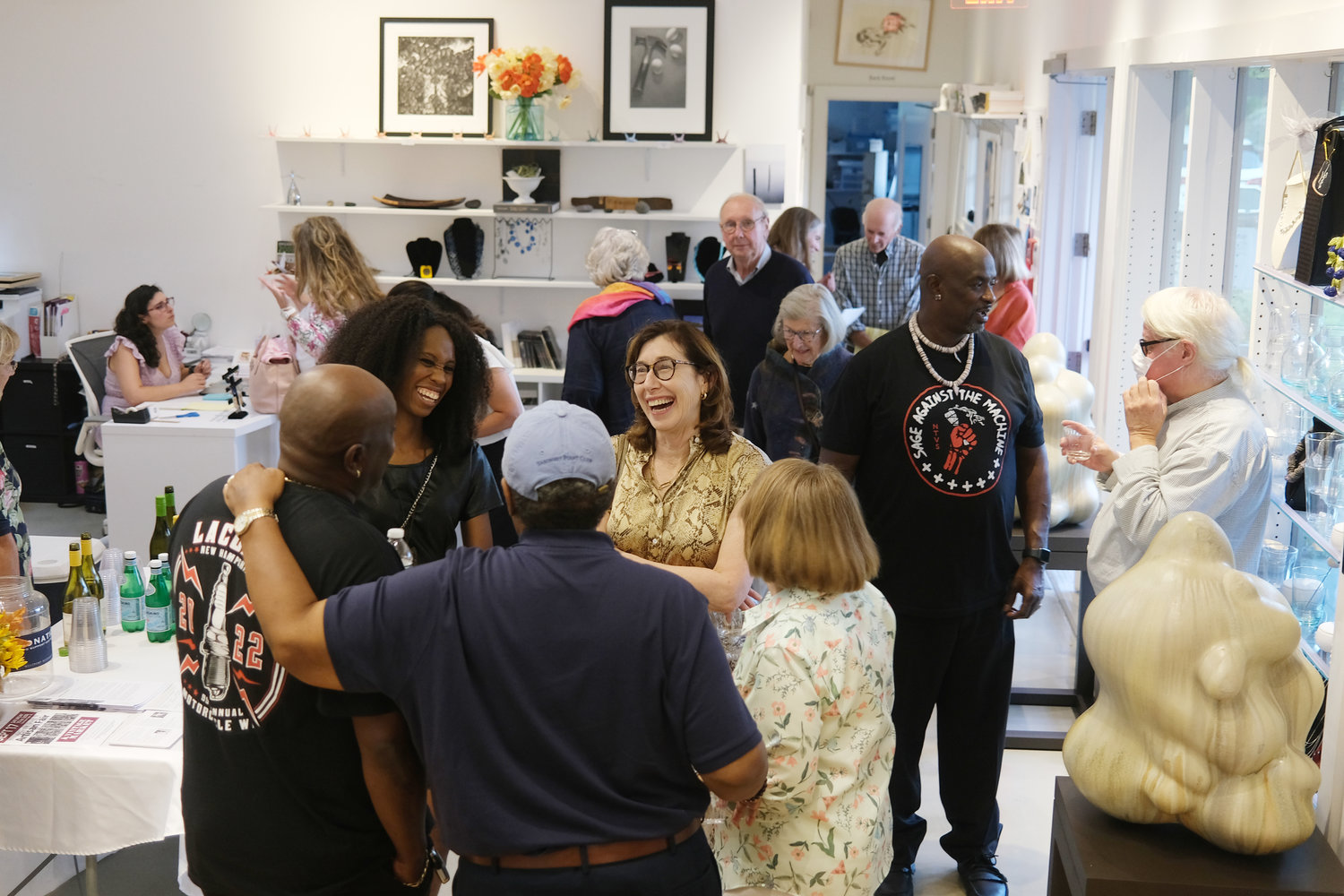 The Dedee Shadduck Gallery hosted Friday's packed performance, which was free and open to the public.
LAURA KILLINGBECK 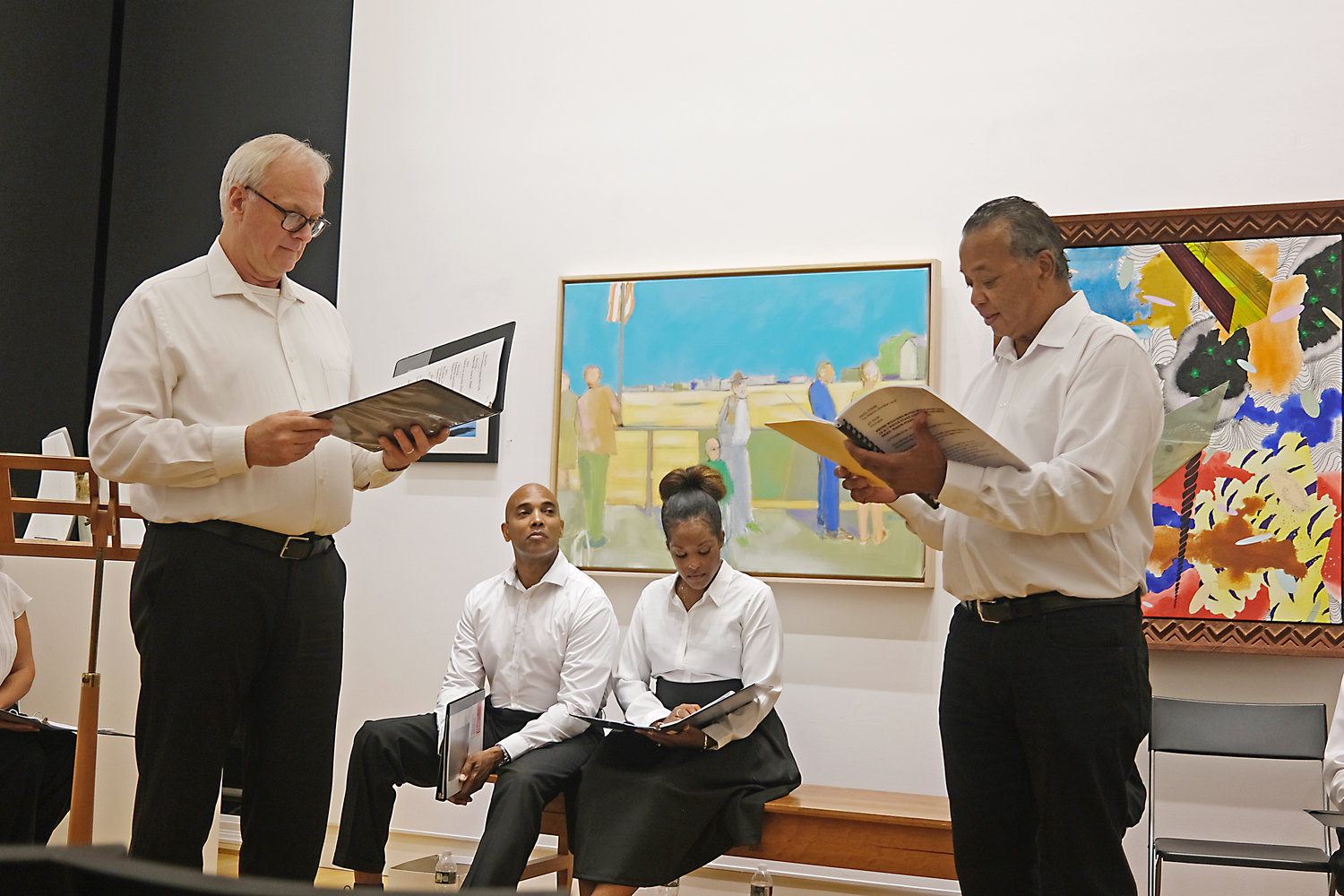 A packed house gathered at the Dedee Shadduck Gallery Friday evening to see the first public preview of “Paul Cuffe: In Search of a New Land,” a work by New York playwright Samuel Harps that brings new perspective on the life of Westport's native son, whose struggles and achievements as a person of African American and Native American descent in late 18th and early 19th century New England helped shape society and thought, and continue to resonate today.

The 'workshop' performance was staged by Harps in partnership with the Westport Historical Society. The evening included selected scenes in an informal setting, and explored aspects of Cuffe's life from the fall of 1810 through 1817, the last year of his life. The workshop was staged in support of future development of the play, which supporters hope will be shown in its entirety by next year.

“In my quest to bring more stories of African-American historical figures and events to the stage, it is important to bring an audience into the early phase of the rehearsal process," Harps said of the workshop.

Cuffe, who was born on Cuttyhunk in 1759 to an emancipated slave father and Wampanoag mother, was an abolitionist, founded the first desegregated school in the United States (near the bottom of Drift Road), served America's cause during the Revolutionary War, and contributed much of the money to build Westport's Friends Meeting House on Main Road. He died in 1817 at the age of 58.

Though he has long been acknowledged as a pioneer and trailblazer in race relations, religion, education, business and philanthropy, official acknowledgement by the Town of Westport has been lacking, and over the past year renewed efforts have been made to formally recognize his many contributions here.

That such a prominent early citizen has been officially overlooked by the town for so long is a wrong that should be righted, those behind the efforts to recognize him here have said.

"I don't think there is much debate that he is Westport's leading citizen," said planning board member John Bullard, who spoke on efforts to officially memorialize him here in an appearance before the select board last year.

Supporters of the production believe Harps' work will go a long way toward educating the public on Cuffe's many achievements.

"We want to reach new audiences, beyond the sphere of scholars and historians,” the society's executive director, Jenny O’Neill, said. “We are excited and curious to see how Cuffe’s life can be portrayed on stage and to be part of the creative process," she said. “We are excited to be part of the creative process and to witness a new play come into being."

Harps is an award-winning playwright from New York. He is the founder and artistic director of Shades Repertory Theater in Rockland, NY, and his latest works focus on African American historical events and people. New York productions include The Paul Roberson Theater, The National Black Theater, The Billie Holiday Theater, Theater for the New City, Theater Four, Duality Playhouse, and HERE Theater.

The program was supported by a grant from the Westport Cultural Council, a local agency supported by the Helen E. Ellis Charitable Trust administered by Bank of America.