Concerned about potential impacts to shell and finfish, recreational boaters and other local impacts, the Little Compton Town Council voted 4-1 last Thursday to hire an environmental attorney to … 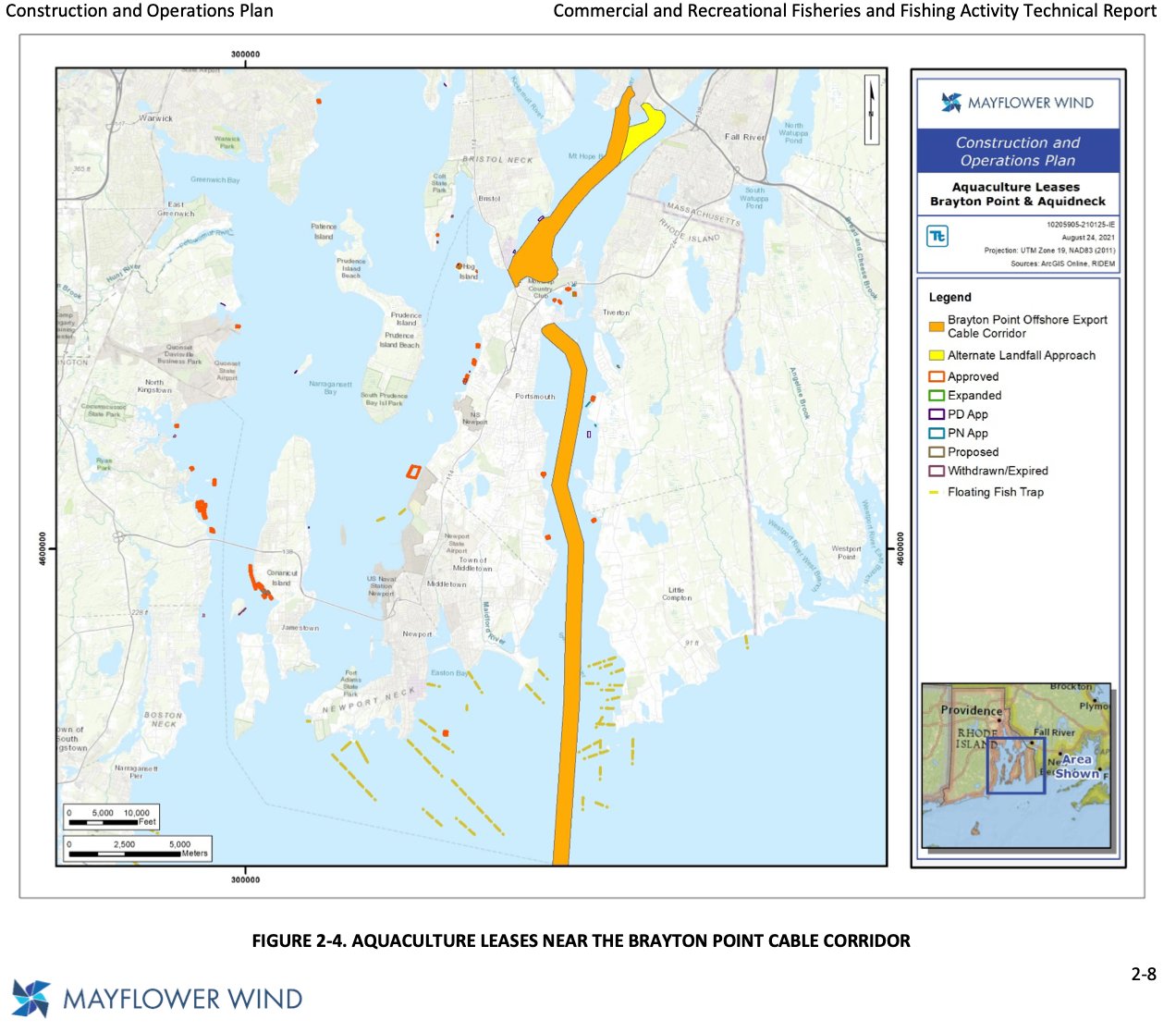 Concerned about potential impacts to shell and finfish, recreational boaters and other local impacts, the Little Compton Town Council voted 4-1 last Thursday to hire an environmental attorney to represent the town's interests as the Mayflower Wind project moves forward.

The wind farm, which would be built about 20 miles south of Nantucket, would send 2,400 megawatts of wind-generated electricity via underwater cables all the way to the former Brayton Point power station in Somerset, and would provide enough electricity to power 800,000 homes. Little Compton months ago filed for "intervener" status, meaning officials there would be kept abreast of developments as the project proceeds. But at Thursday's meeting, councilors said it would also be wise to hire environmental attorney Marisa Desautel, who has already been retained by Middletown in the same role.

"I think Little Compton needs a seat at the table at this," councilor Patrick A. McHugh said. "These developers will promise you everything (but) I think we need an attorney at the table to know what's going on there."

Councilor Gary Mataronas agreed, saying he has questions with the cable routing and worries about its potential impacts to shellfishermen, recreational boaters and the like.

"One of my chief questions was, do these cables put out electromagnet currents? And they do. That's going to deter any fish or lobster and what not that's in the river," he said. "Obviously the fisherman have a hard enough time on this already."

McHugh motioned for the hiring of Desautel because she is perhaps the best environmental lawyer in the state who has not already been retained by Mayflower, he said.

"I support wind energy, I support the project, but I think Little Compton needs a seat at the table."

"If the state feels these (as proposed) passages aren't going to work, (Mayflower) may go to these alternatives," including the South Shore route.

"It's not much money," he said. "All the other attorneys are working for the developer."

The council ultimately voted 4-1 to retain Desautel and approved $5,000 toward her compensation. Voting against was member Paul Golembeske.