The notes below are taken from the historical record and continue from a previous article detailing the history of the Acoaxet Chapel in Westport, MA. They are being presented as the Acoaxet Free … 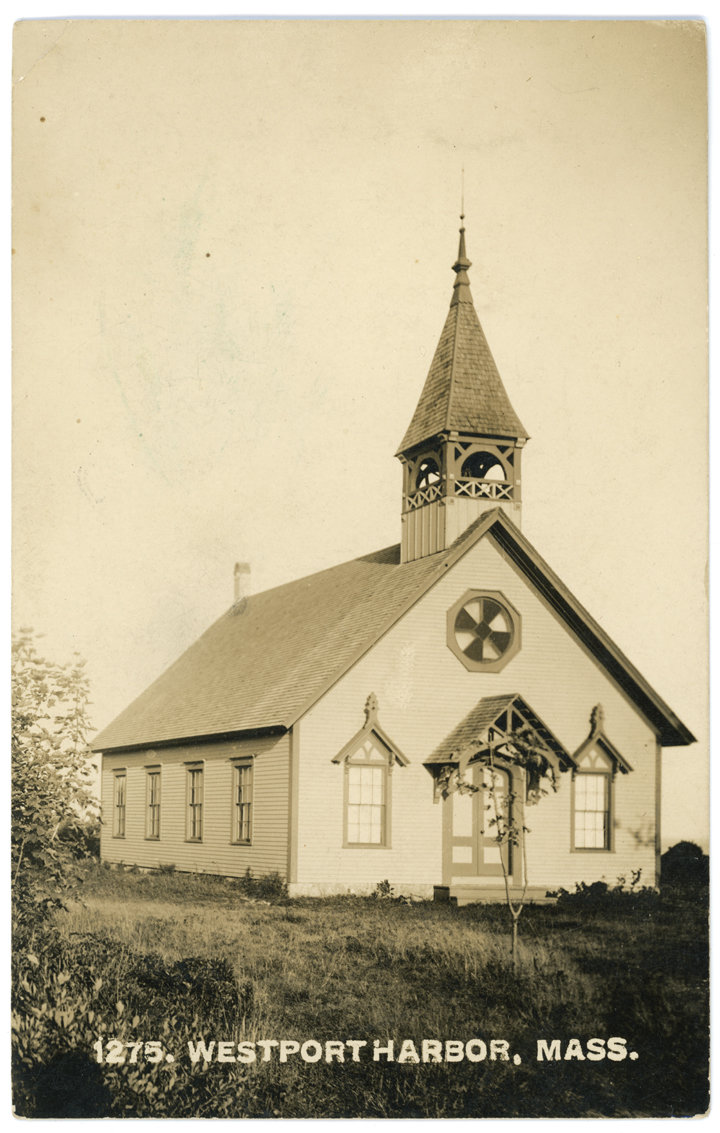 The notes below are taken from the historical record and continue from a previous article detailing the history of the Acoaxet Chapel in Westport, MA. They are being presented as the Acoaxet Free Chapel continues to celebrate its 150th anniversary and will hold a celebration later this month (see last paragraph). The majority of this article was taken from a history written by Albert Wordell in 1972, on the occasion of the 100th anniversary of the Acoaxet Chapel.

The committee on the foundation was instructed to provide for laying the cornerstone with appropriate public ceremony and that a suitable place be provided for a tin box containing documents and other papers including a list of donors and the sums given by each, collectors and the amounts procured by each, laborers and the number of days work contributed by each.  Note: As of this date, to the author’s knowledge, this tin box has not been located.

The building was to be 30 by 40 feet. Ground was broken January 23 (this being only 13 days from the first meeting of the association). On April 27 the cornerstone was laid with appropriate ceremonies. The mechanics continued their labors, and the building was completed July 27, 1872.

Up to the time of laying of the cornerstone, all work had been done by the members of the association, records having been kept of hours each one put in. Ox work and carts provided by each etc. (see New Bedford Standard, eighth month, fifth day, 1872).

“The Chapel started being used for services as well as for The Sabbath School of the Good Shepherd after moving from the Schoolhouse in September 1873. The association members were praying much seed would be sown which was hoped would strike root in the fertile soil of their lives and spring up and bear 30, 60, and even a 100-fold to the honor and glory of the Master.”

A Celebration of Acoaxet Free Chapel will be held Sunday, July 23 at the Chapel grounds, with fun and games for the children, face painting and balloon animals, music by local church groups and will conclude with a short worship service Thanking God for 150 years of continuous ministry in the Westport, Little Compton, Adamsville and Tiverton areas.

For more information, contact Maddy Miller at maddym94@hotmail.com or Neil Timpson at NeilTimpson@gmail.com. He can be reached via phone at (603) 703-6790.