The Supreme Court’s ruling today, which overturned Roe v. Wade, is nothing less than a shameful, sweeping, politically-driven decision that will have life-altering, and indeed, … 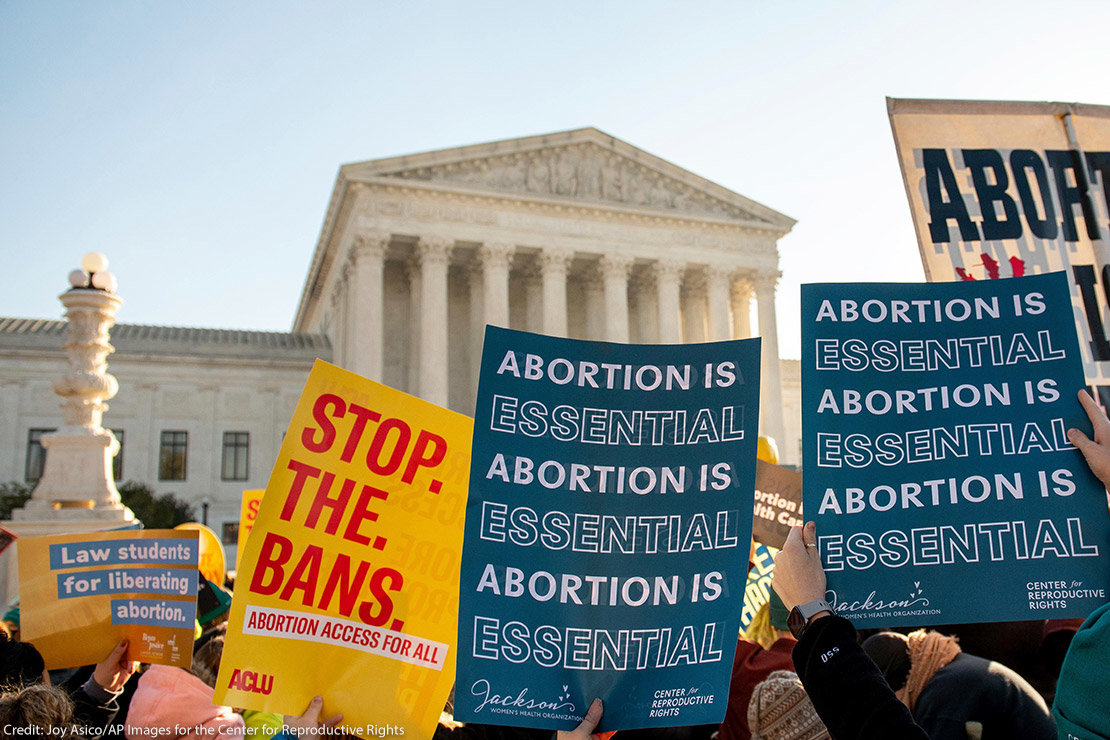 The Supreme Court’s ruling today, which overturned Roe v. Wade, is nothing less than a shameful, sweeping, politically-driven decision that will have life-altering, and indeed, life-threatening consequences for women and other people who can become pregnant. The devastation of this moment and how it will erode so many of our fundamental rights cannot be underestimated.

Today’s decision revokes the federal constitutional right to abortion, and with it our agency over our lives and futures. As a result of this decision, half the states are expected to ban abortion.

This is an outrageous attack on women’s rights and the bodily autonomy of everyone who can become pregnant, and the effects will be immediate and far reaching. Forcing someone to carry a pregnancy and give birth against their will has devastating impacts, derailing their life, education, and career plans, and assigning them to a future they never wanted or envisioned for themselves.

As bad as today is, this is just the beginning. Extremists have made it clear they won’t be content until abortion is banned nationwide. And they won’t stop with abortion either. The same extremists seeking to control the bodies of pregnant people are coming for our rights to access birth control and gender-affirming health care, to marry who we love, and to vote. But the ACLU has been fighting for our fundamental rights since before Roe v. Wade was decided, and we are not backing down now — or ever. The ACLU and our supporters have been preparing for this moment.

What is the Mississippi abortion ban, and how did we get here?

The state of Mississippi used Dobbs to issue a direct invitation to the Supreme Court to overturn Roe. The case was brought on behalf of the last abortion clinic in Mississippi by the Center for Reproductive Rights, and it challenged a state law banning abortion after 15 weeks, in plain violation of Roe. The state asked the court not just to uphold the 15-week ban, but to reconsider the constitutionality of abortion entirely and to declare that the Constitution does not protect the right to abortion at all. That is precisely what the court ruled today.

What happens when abortion is banned?

Forcing someone to carry a pregnancy against their will has life-altering consequences, including enduring serious health risks from continued pregnancy and childbirth, making it harder to escape poverty, derailing one’s education, career, and life plans, and making it more difficult to leave an abusive partner. This decision will also lead to miscarriages being subject to suspicion, investigation, and arrest, and patients and doctors being thrown in jail.

These burdens will disproportionately fall on women of color, those struggling to make ends meet, young people, immigrants, people with disabilities, and LGBTQ+ communities.

Today’s ruling will also have deadly consequences, with the harm falling hardest on Black women and other people of color who already face a maternal mortality crisis that is most severe in the same states that are determined to ban abortion. In fact, Black women are three times more likely than white women to die during childbirth or shortly thereafter. If abortion is banned nationwide, pregnancy-related deaths are estimated to increase by 21 percent nationwide, and 33 percent among Black women.

What comes next for abortion rights?

Without the federal right to abortion, about half the states are expected to ban abortion in the near future. Some of these laws will take effect immediately, some will require additional action to put the law into effect, and some states will pass new laws.

This didn’t happen overnight. It has been part of a decades-long project to take away a right upon which people have relied for half a century. Anti-abortion politicians have spent decades enacting a patchwork of abortion bans at the state level that pushed abortion out of reach and laid a foundation for the moment we find ourselves in now: when they can ban abortion throughout wide swaths of the country. But we know they will not stop there. Today’s decision brings anti-abortion politicians one step closer to their ultimate goal of outlawing abortion nationwide.

How can we channel our anger into action?

Everyone deserves the dignity and power to decide for themselves if and when they have a child. Those who are trying to take away our basic rights are counting on our silence. We cannot afford to stay quiet when our rights and our freedoms are on the line, and we won’t.

This is a moment of crisis, but we are not powerless. Abortion access is literally on the ballot this year, and we must vote like our rights depend on it — because they do.

Conversely, proposed state constitutional amendments to take away abortion rights are on the ballot in Kansas this August, and in Kentucky this November. We cannot let those measures succeed.

We can make our voices heard by taking to the streets. Protests and actions are taking place across the country, and you can locate events in your state here. You can join these efforts and sign up for alerts from the ACLU by texting FIGHTBACK to 826-23 for more actions and updates on the crucial work ahead.*

Finally, you can help fight the stigma of abortion by sharing your stories and talking about how abortion access has changed your life. Talk to your friends, family, and neighbors about why abortion access is essential.

It is up to us — the overwhelming majority of Americans who support abortion access — to come together and fight for a world where we have the freedom to control our bodies and futures. We are joining forces with partners and working to mobilize folks in every corner of the country to get involved in the fight for bodily autonomy.

The ACLU will continue to do everything in our power to ensure all people can access the care they need, when they need it. We are fighting for our rights everywhere: in the courts, in Congress and state legislatures, in the streets, and at the ballot box. Politicians don’t get the last word. We do.