The Warren Town Council approved earlier this month a $10,500 allocation in grant funding to initiate a parking study for its congested downtown corridors. 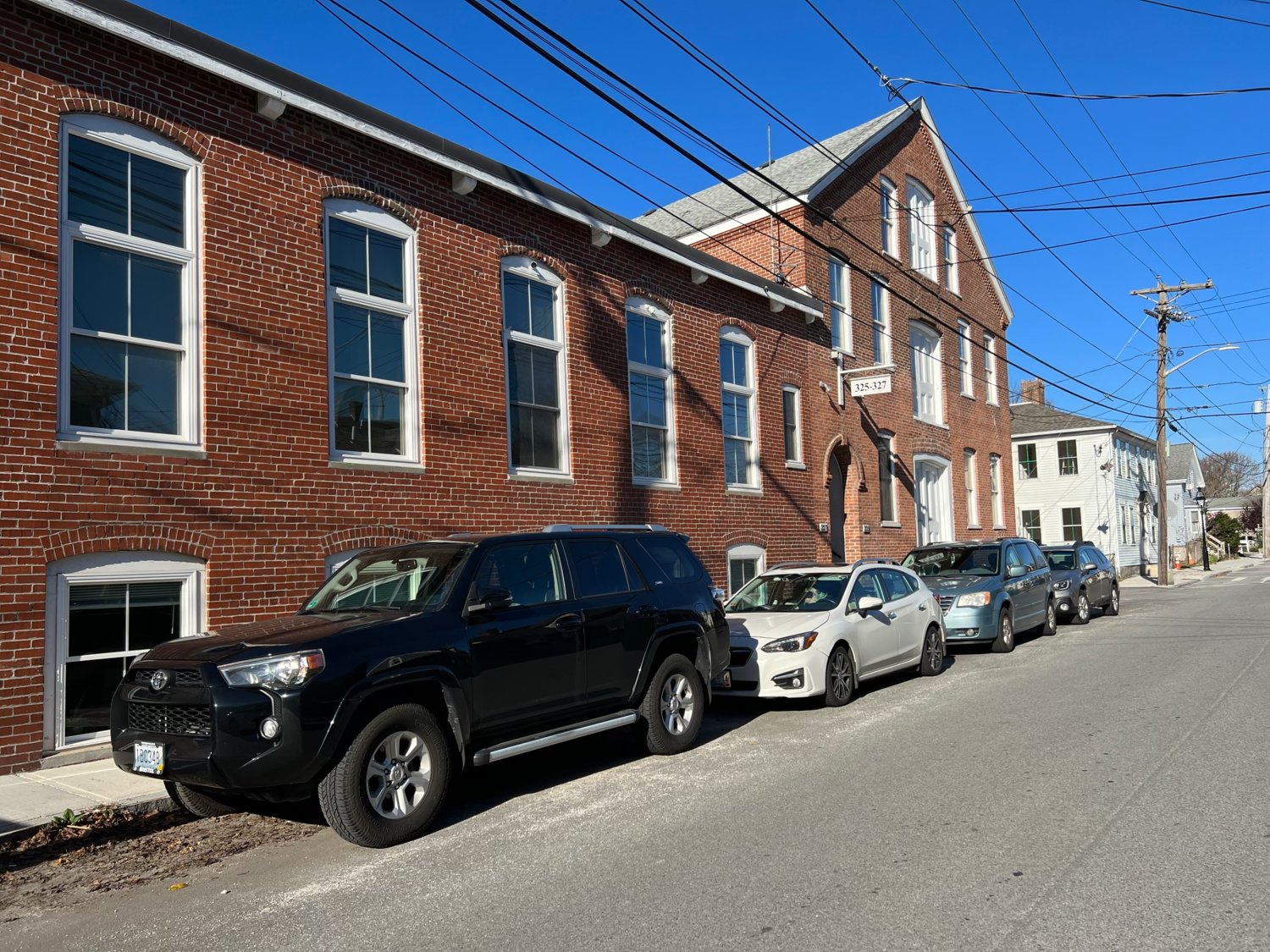 Cars park along a narrow stretch of Water Street.
Posted Friday, November 25, 2022 9:00 am
By Ethan Hartley

The Warren Town Council approved earlier this month a $10,500 allocation in grant funding to initiate a parking study for its congested downtown corridors. As Warren looks forward to one of its busiest times of the year ahead of the annual Holiday Festival, that study is slated to begin.

McMahon Associates, a transportation engineering firm with several locations, including one in Lincoln, RI, will conduct data collection over the coming weeks to provide a better picture of Warren’s available parking stock.

Town Planner Bob Rulli said in a recent interview that the town last took an inventory of its parking situation in 2011, and a lot has changed since then and is set to change in the future — including the awaited opening of popular restaurant Chomp on Water Street and the potential for a controversial housing development towards the northern end of Water Street.

“It’s not a bad problem to have,” Rulli said, meaning that more people are seeking to come to Warren. “But it’s a problem we’re trying to manage better and that’s what we’re trying to do.”

In addition to collecting data resulting from the surge of traffic during the festival, Rulli said that the company will also try to get an accurate picture of parking on slower days and times, such as when the popular Water Street restaurants aren’t yet open for the day, or days where they are closed.

“Mondays could be high [demand] too, but The Square Peg isn’t open, Revival isn’t open on Mondays or Sundays, The Guild doesn’t open until 4 p.m.,” he said. “If those businesses get in line with opening seven days a week, and with Chomp opening, Monday could start to look like a Saturday.”

Rulli said that as of the last count, he estimated roughly that the town had about 1,000 total parking spaces in the popular downtown area. But that includes all private, public, and off-street parking spaces, so getting a more accurate count of what stock is actually available, versus what might be created, is vital.

On multiple occasions when speaking about this issue in the past, Rulli has said that restaurant owners must take more care in regards to their employees taking up scarce on-street parking near where they work.

“We just have to change that mentality,” he said. “The restaurants have to take some responsibility directing their people to not take those parking spaces, and we have to be better at directing people to where they can park and walk to their destination within a short distance.”

Public will get opportunity for their say

The second step, after data collection and some initial analysis, will be a series of public workshops, beginning according to Rulli some time early in the New Year.

“I don’t want to go through another summer without addressing this because it’s going to be out of control,” he said. “The Town Manager feels we can find the remaining funding we need, and we’re committed to this now. We can’t afford not to do it.”

Rulli said the total cost of the study was estimated around $60,000 to $70,000, but that’s also a moving target, because the town isn’t required to work with McMahon Associates for anything but this initial, data collection phase. Rulli said, depending on what they learn from the initial analysis, he’d be interested in pursuing more creative, cost-saving ideas.

“Depending on how we come out of the data collection, I might go reach out to someone else,” he said. “We’re trying to build that collaboration with Roger Williams, maybe we can get them to do it as a project.”