A design charrette held last Wednesday, May 4, at Kickemuit Middle School drew around 30 participants, including various town officials, to brainstorm ideas for the proposed concessions and utility building space at the Warren Town Beach. 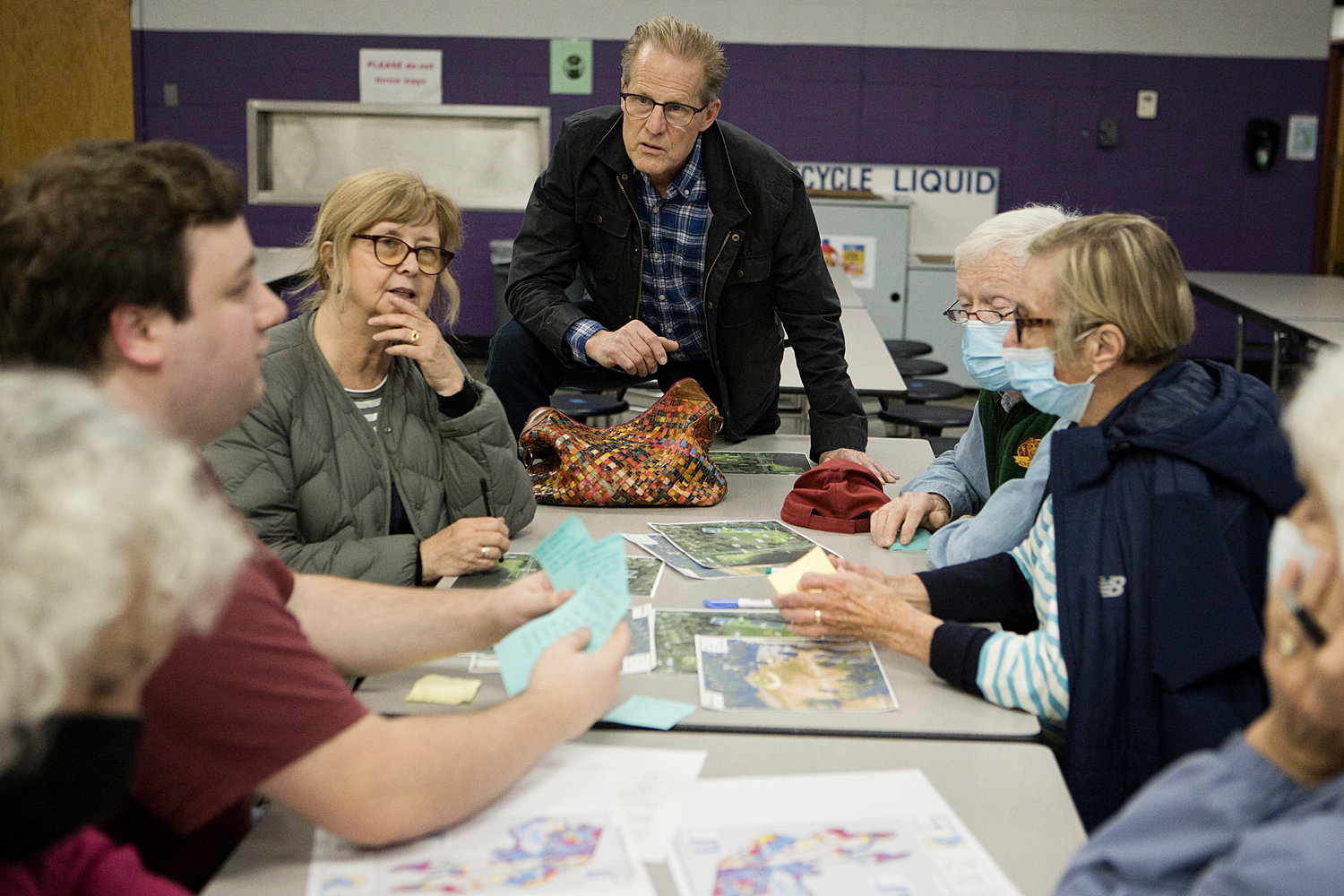 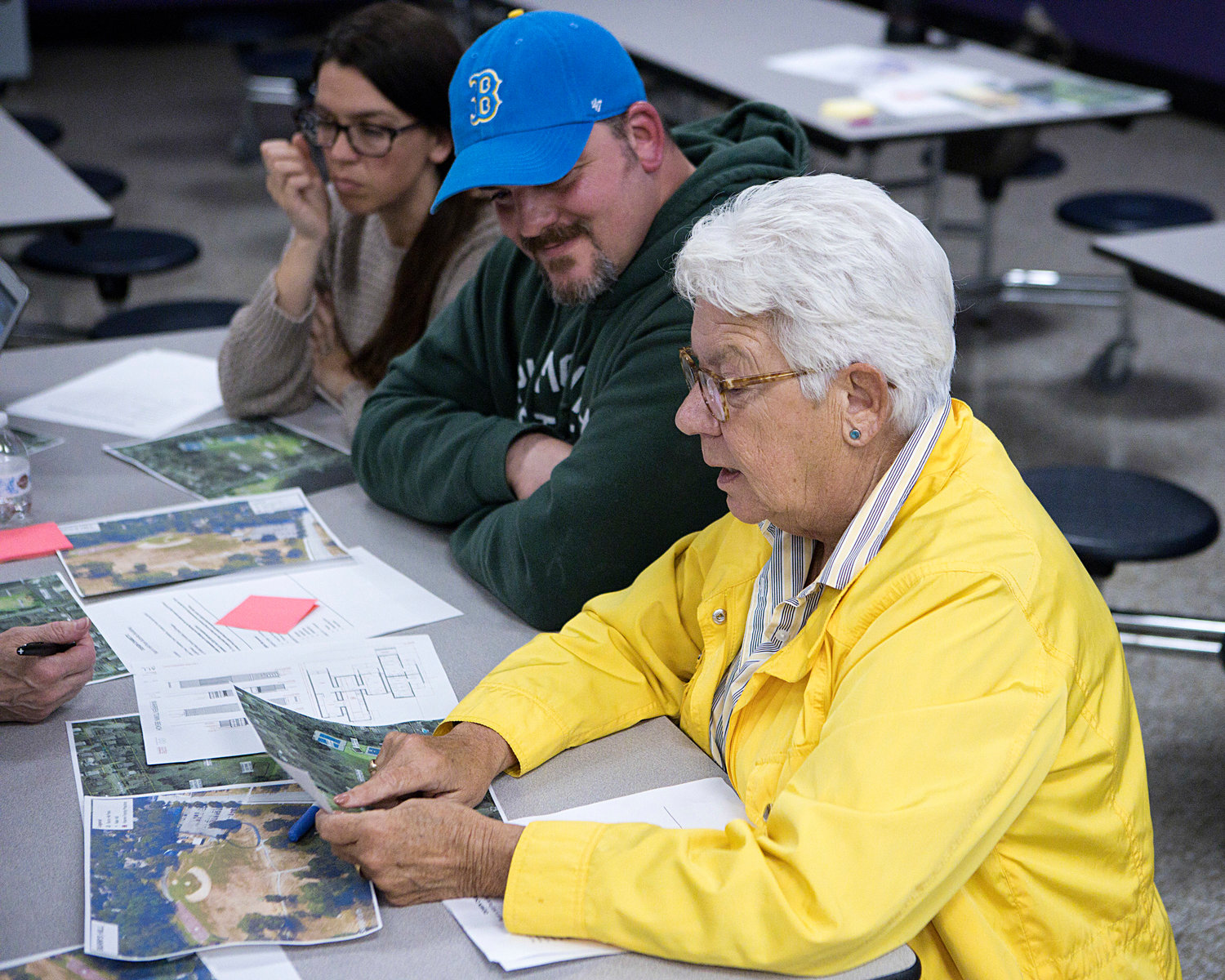 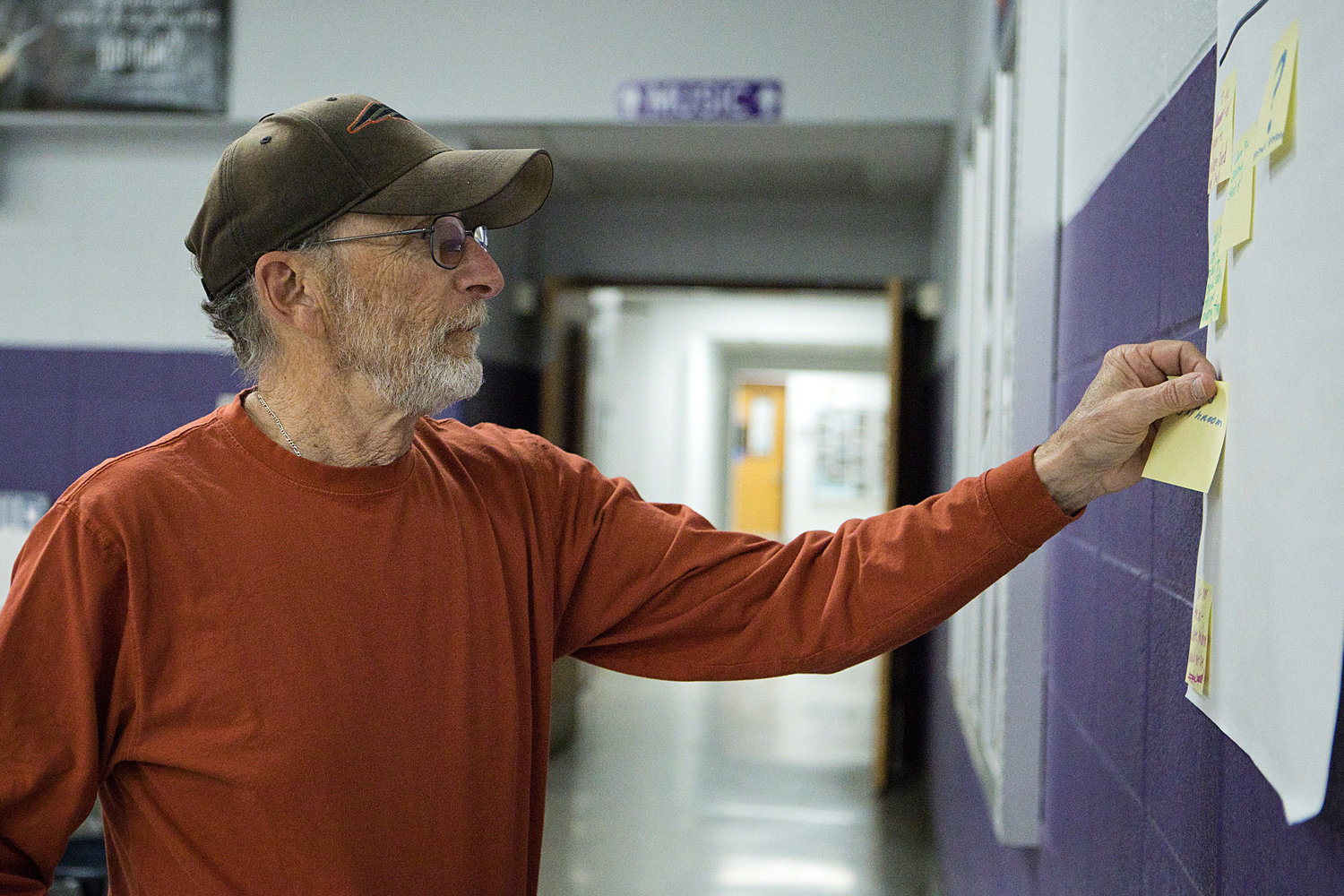 Butch Lombardi places a suggested location idea on the board during a "Design Charette" for the Burr's Hill Park Activity Building.
Julie Furtado 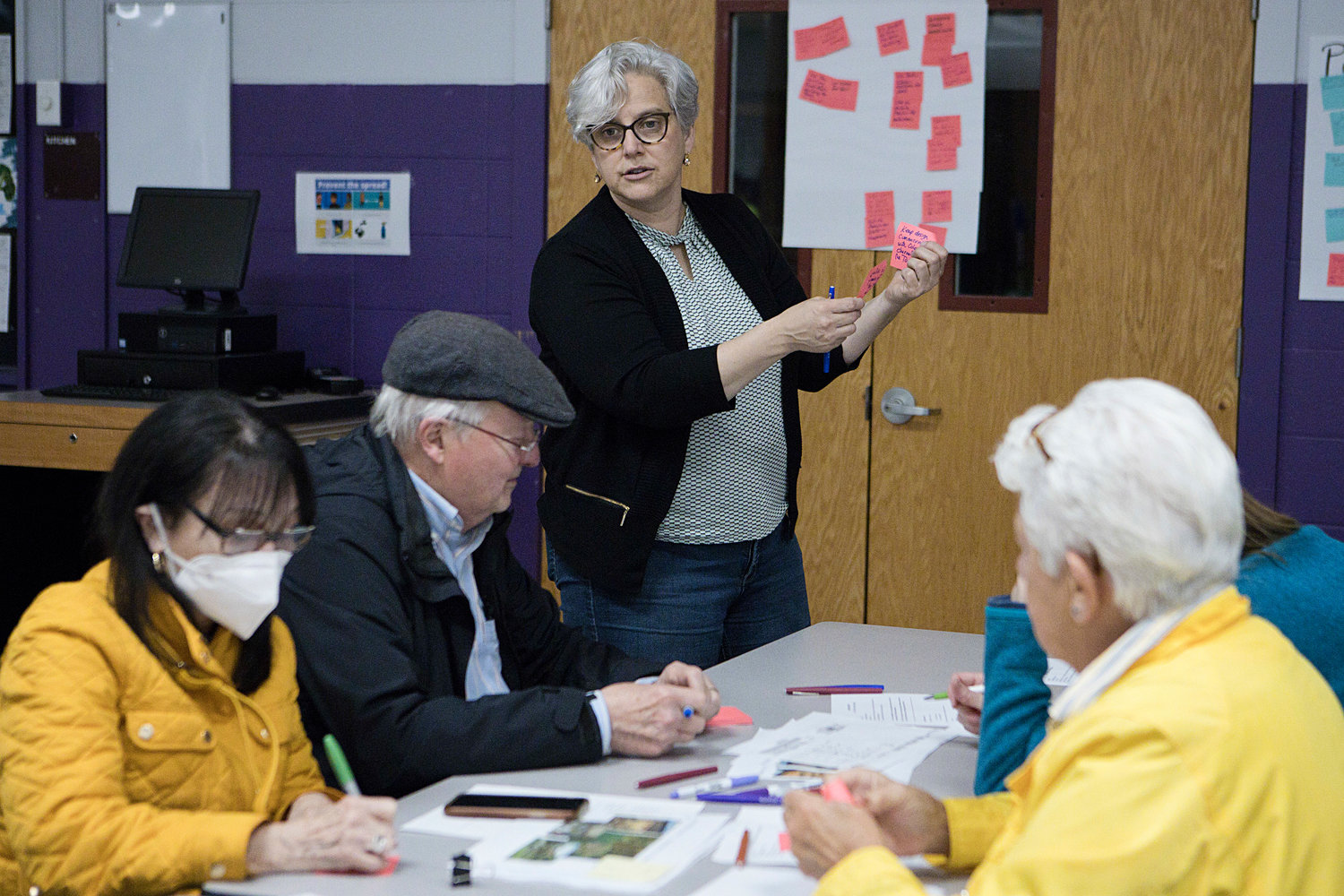 A design charrette held last Wednesday, May 4, at Kickemuit Middle School drew around 30 participants, including various town officials, to brainstorm ideas for the proposed concessions and utility building space at the Warren Town Beach.

The session broke out into four areas concerning the design, budget, location, and potential amenities of the proposed space, and gave residents an opportunity to give their input on what ultimately should be built — or, indeed, if anything should be built at all.

“Many people thanked me for giving them an opportunity to have this expression, but there were some who were still confused or adamant that no structure be built,” said Tara Thibaudeau, Director of Warren Parks and Recreation. “I thought all in all it was a very helpful process and that it went very well.”

The discussion was facilitated by Town Manager Kate Michaud and included Town Planner Bob Rulli, Warren Health Equity Zone Director Kristen Reed, recreation board member Derrick Trombley, and recreation board vice-chair Geoff Keegan. Residents wrote out suggestions for each station on sticky notes, and the information gleaned from the session will be relayed to the Town Council during their meeting on Tuesday evening (following the Times-Gazette press deadline).

The process was initiated following a public meeting in April that brought out a large contingent of residents who were unhappy with the process for selecting a building designed by Addaspace, which proposed using refurbished shipping containers to create a new structure on the park side near the Town Beach. Suggestions seen on sticky notes included a large range of ideas, including many wishing for the repurposing of the existing bathroom facility within Burr’s Hill Park. Others remained staunch that no new structure should be built at all.

Thibaudeau said on Monday that the decision moving forward will be up to the Town Council. There is approximately $510,000 available to utilize for the project, which includes around $340,000 in grant money and capital funds set aside over multiple years within the town budget.

“At this point it’s kind of out of my hands,” Thibaudeau said. “There were lots of ideas. What the Council does with those ideas will be based on community input and financial restrictions.”