Explore Jacob’s Point this Saturday to learn about the endangered marsh and some of its inhabitants. 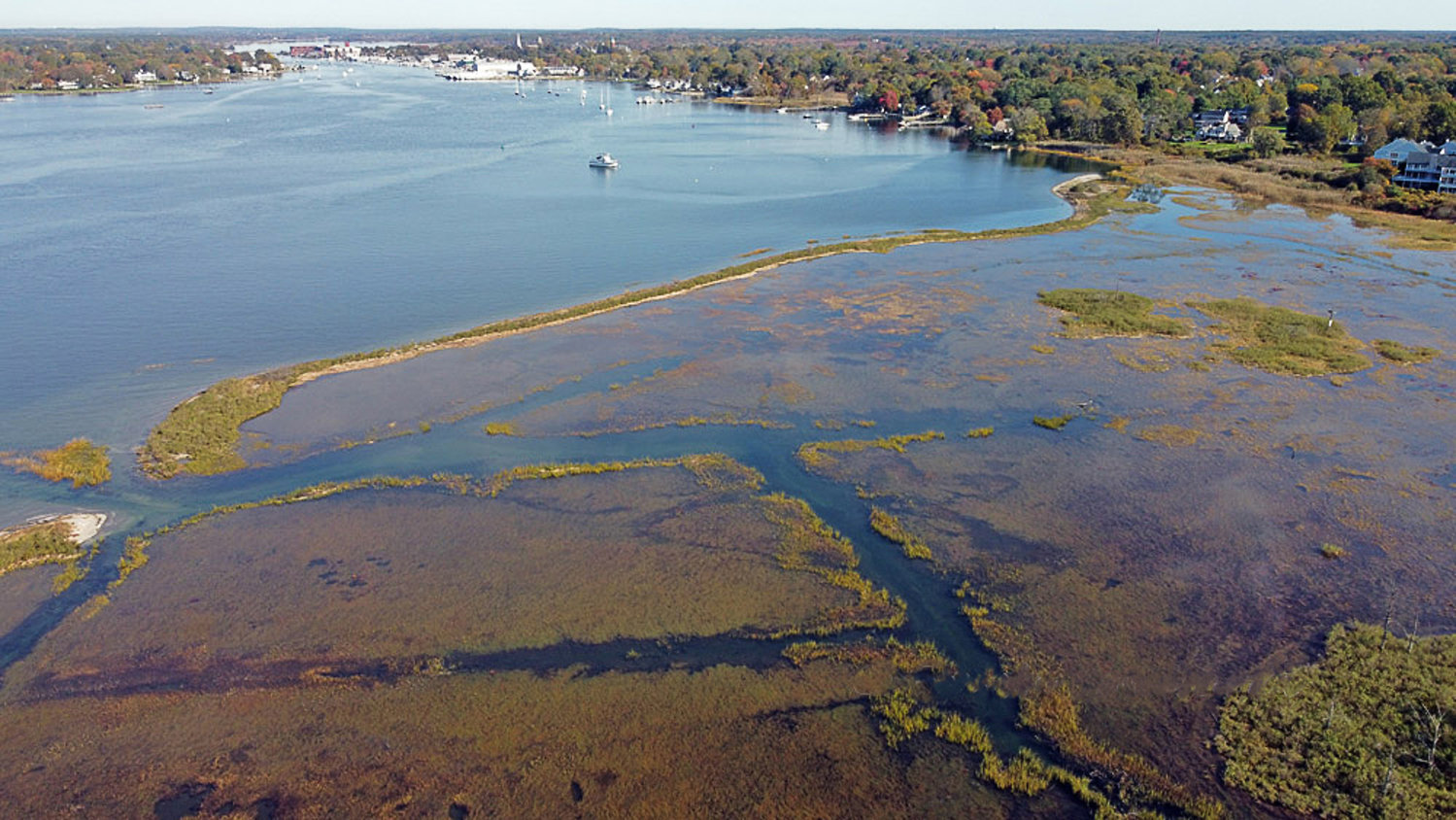 Jenny Flanagan of the Warren Land Conservation Trust and Deirdre Robinson of the Saltmarsh Sparrow Research Initiative will lead a public walk into Jacob’s Point in Warren from 10 a.m. to 12 p.m. on Saturday, May 14 (rain date on Sunday, May 15). Their focus will be on the impact of future sea level rise on this saltwater marsh and some of its inhabitants.

This free, public event is part of a series of community events being held as part of an exhibition called “Rising Seas: Envisioning the Future Ocean State” taking place April 21 – May 29 at Imago Gallery as well as saltwater marshes in Warren expected to be impacted by future sea level rise.

Flanagan and Robinson will meet the group at the entrance to the trail located on the East Bay Bike Path between Locust Terrace, off Route 114 in Warren and the Audubon Society of Rhode Island Nature Center and Aquarium (1401 Hope St., in Bristol, RI). Parking is available on the north side of Locust Terrace or at the Audubon site. Water resistant walking or hiking shoes are highly recommended.

Flanagan will talk about the history and geology of the fragile marsh and barrier beach site, Warren Land and Conservation Trust involvement, recent marsh restoration efforts and why they are so important.

Robinson’s focus will be on Jacob Point’s endangered Saltmarsh Sparrow population that are predicted to become extinct by 2040, due to sea level rise caused by global warming, habitat loss, and depredation. She will share maps created by the research team that document nests found at Jacob’s Point and talk about the bird's lifecycle and the threats to its survival. Robinson hopes to introduce one or two of the sparrows to attendees first-hand if conditions allow.

As the walk continues to the beach and along the shoreline, IFA exhibiting artist Linda Megathlin will talk about the artistic considerations that went into creating her images of Jacob’s Point that are included in the exhibit on view at Imago Gallery.

After crossing two tidal streams that flow through the marsh, the group will exit the marsh further north on the East Bay Bike Path closer to Locust Avenue.Other public events offered as part of “Rising Seas: Envisioning the Future Ocean State” after this event include: