John Mass was masterful, and Nick Spaner was clutch

On Friday at Guiteras Field in …

John Mass was masterful, and Nick Spaner was clutch 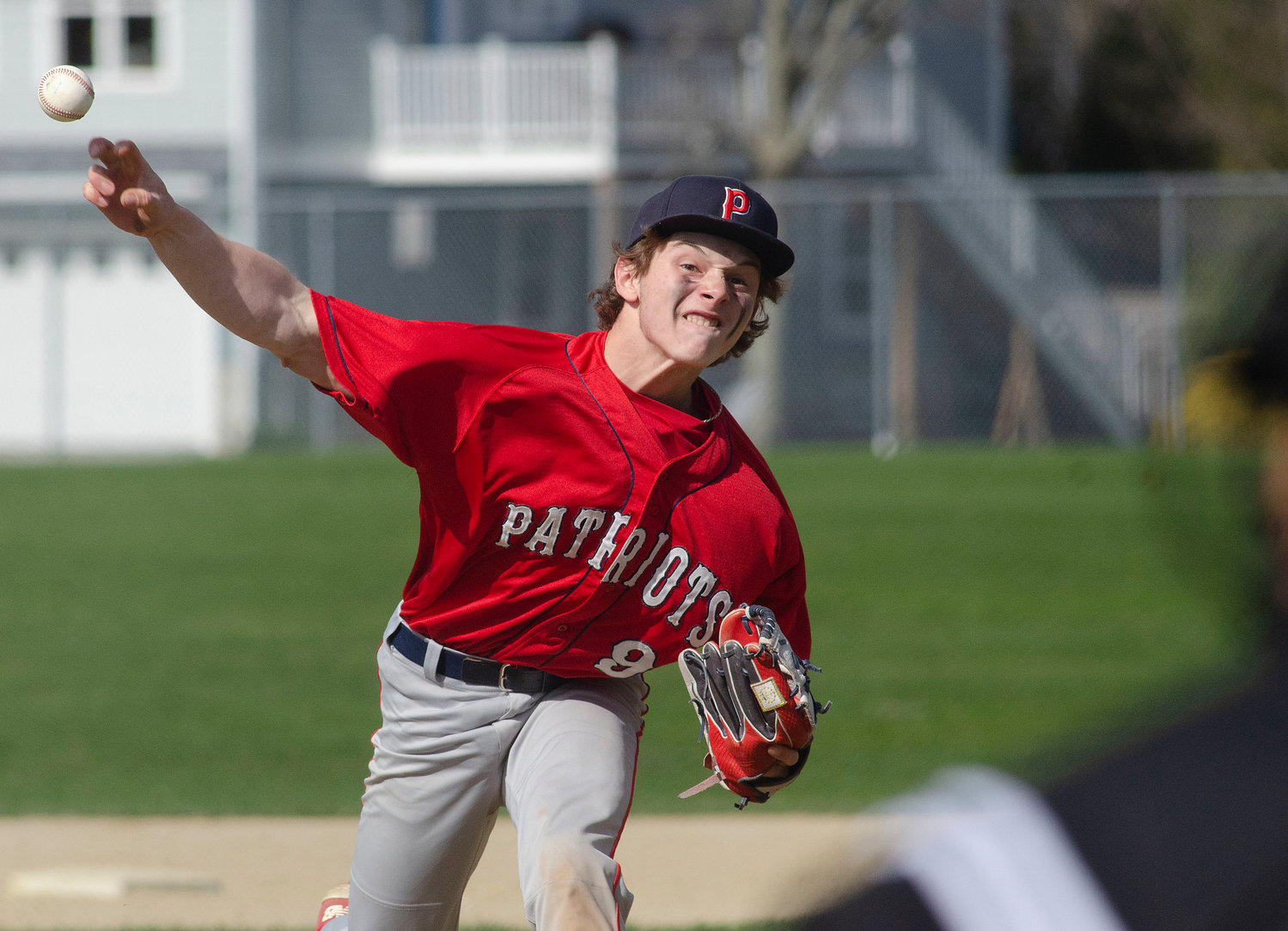 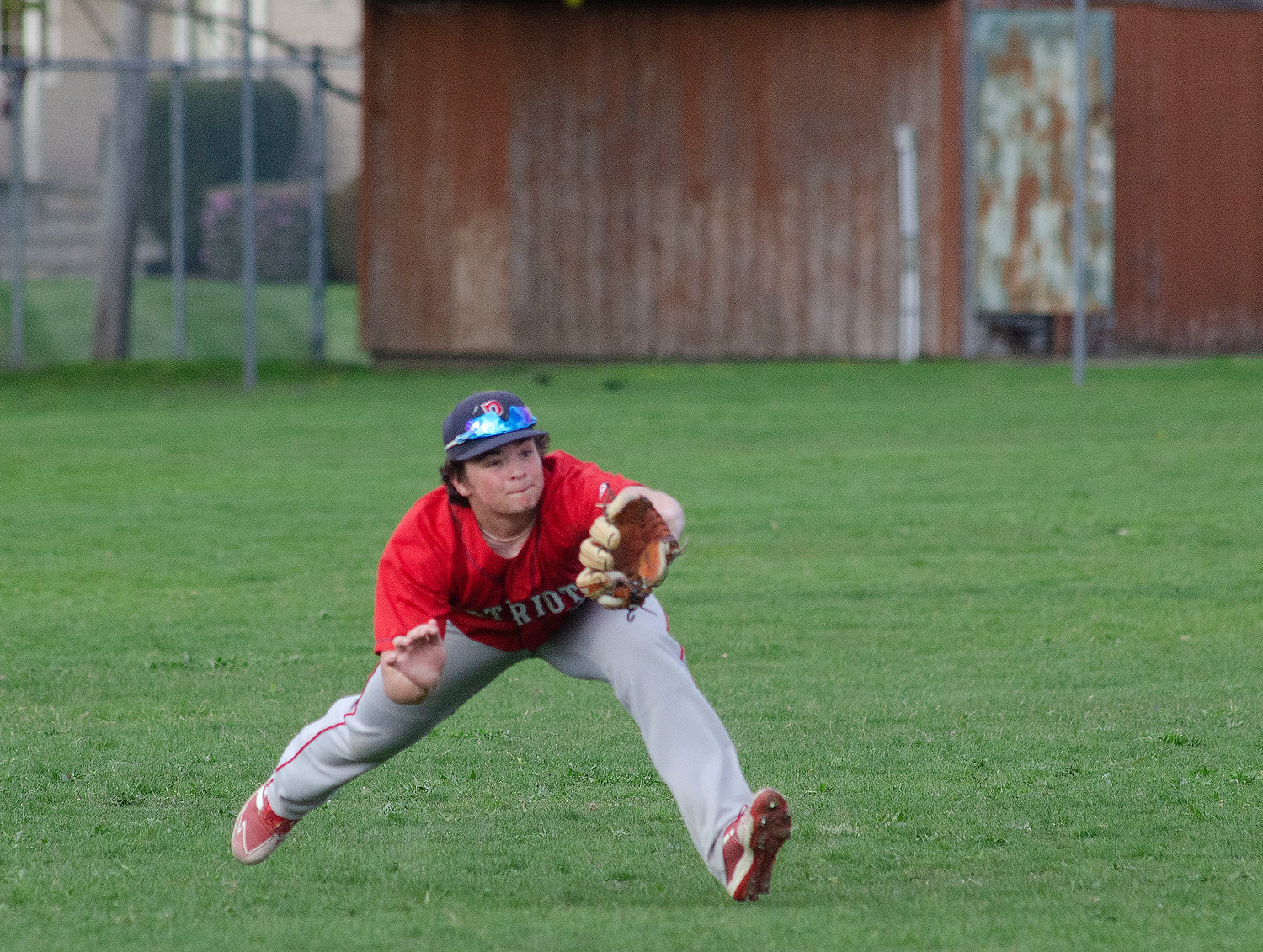 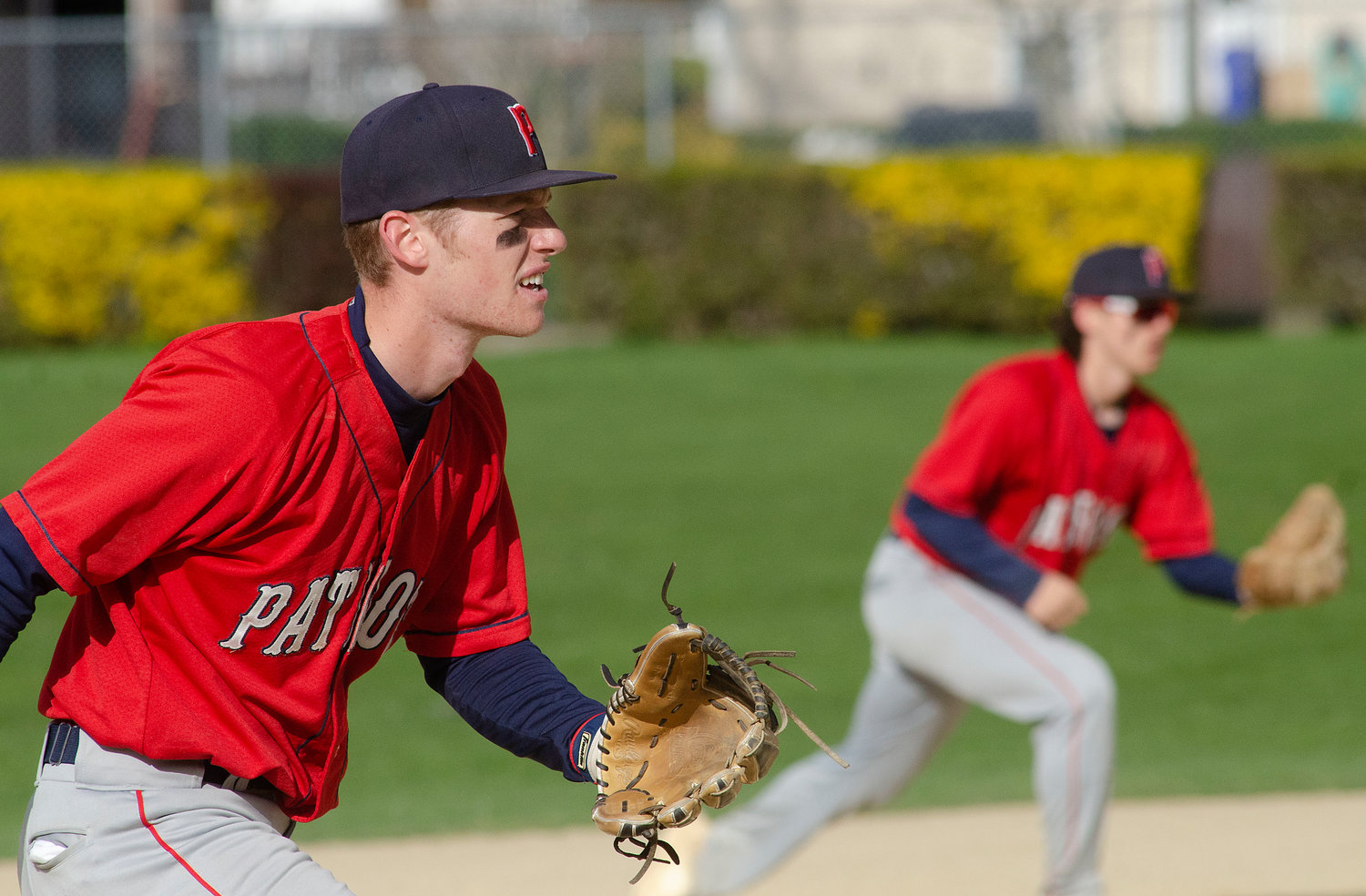 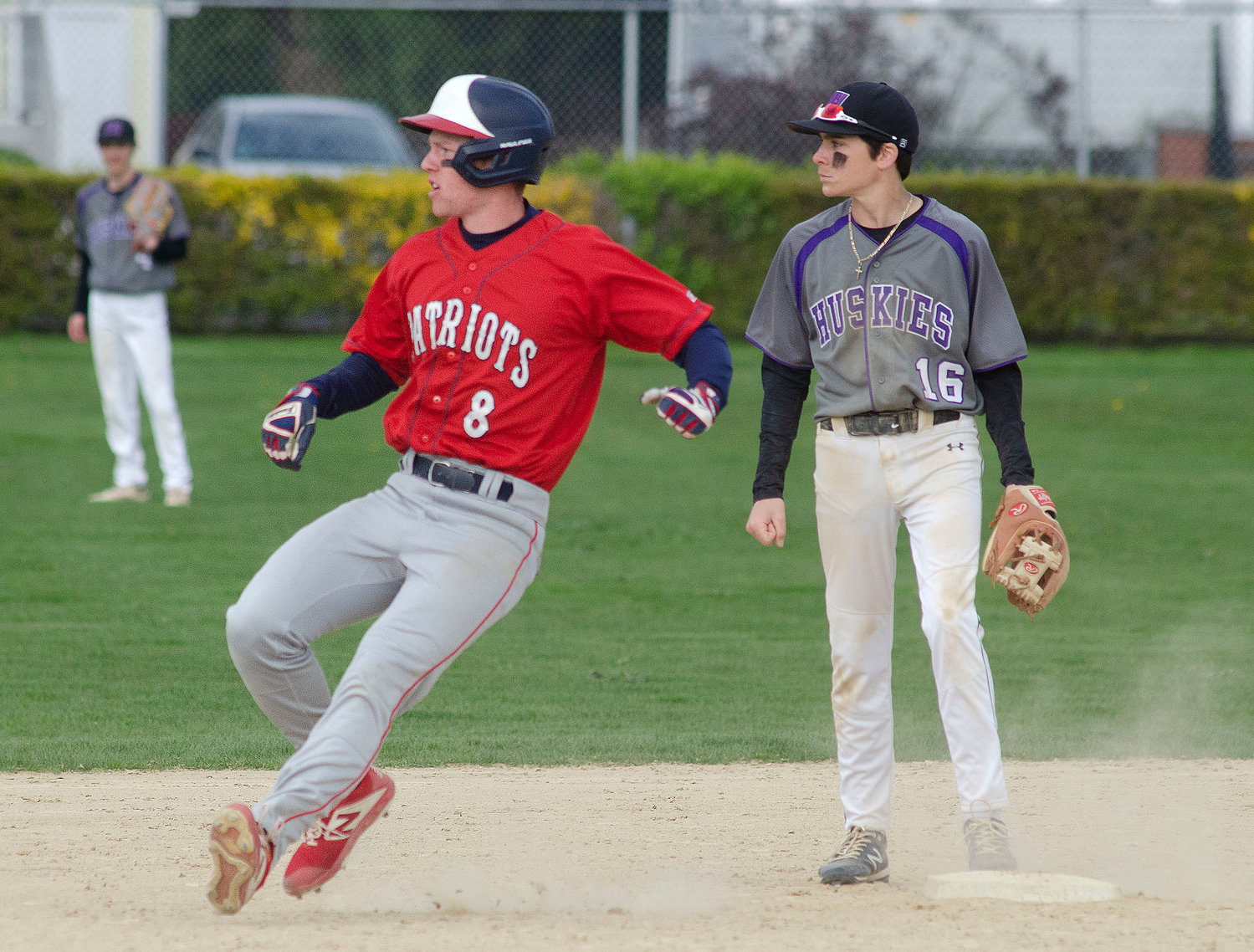 Owen Malone rounds second base after smacking a double during the game.
RICHARD W. DIONNE, JR. 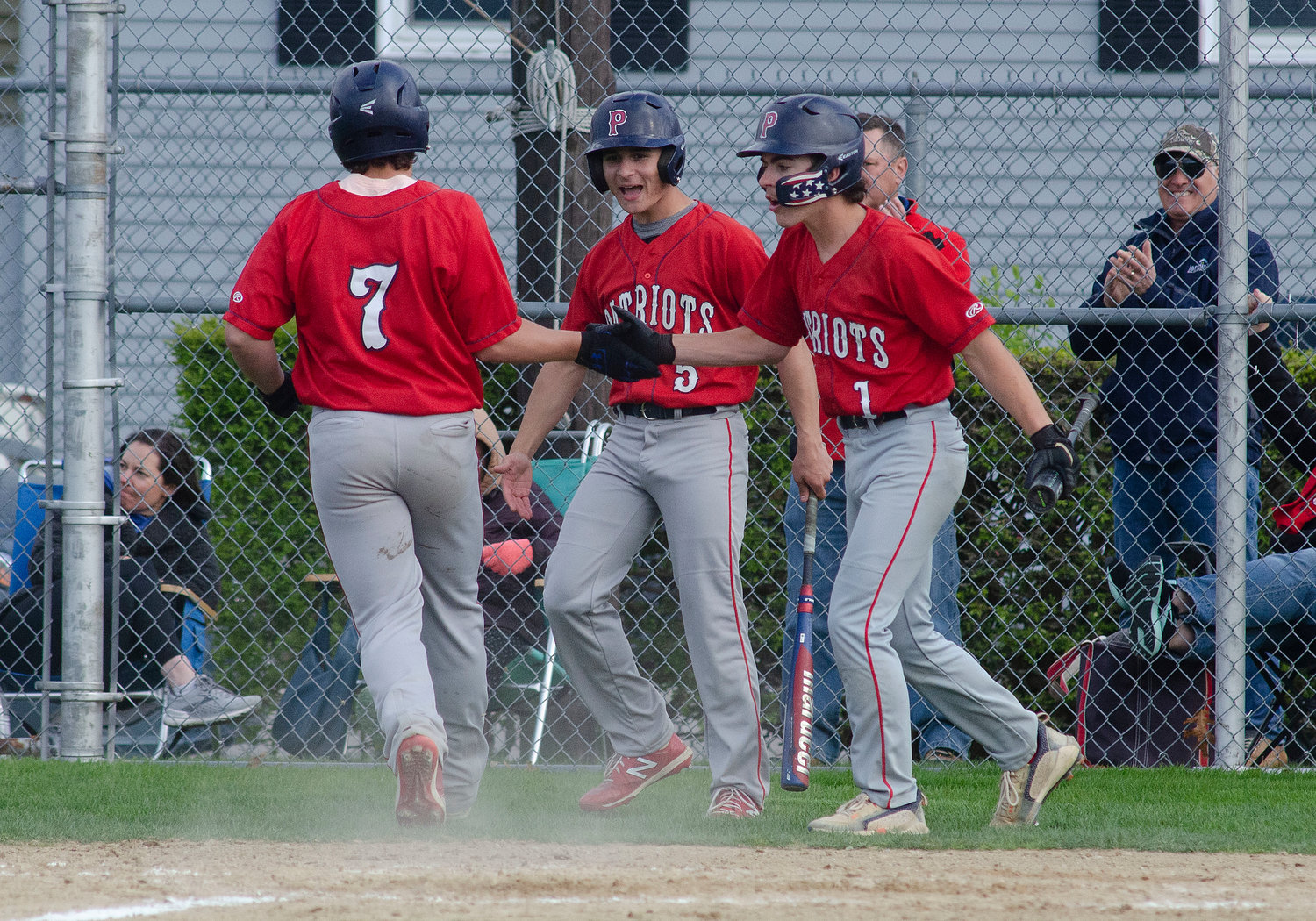 Shane Harvey (left) and teammates Caleb Banks and Dave Spigel celebrate as Harvey crosses the plate in the fourth inning to give the Patriots a 1-0 lead last week.
RICHARD W. DIONNE, JR. 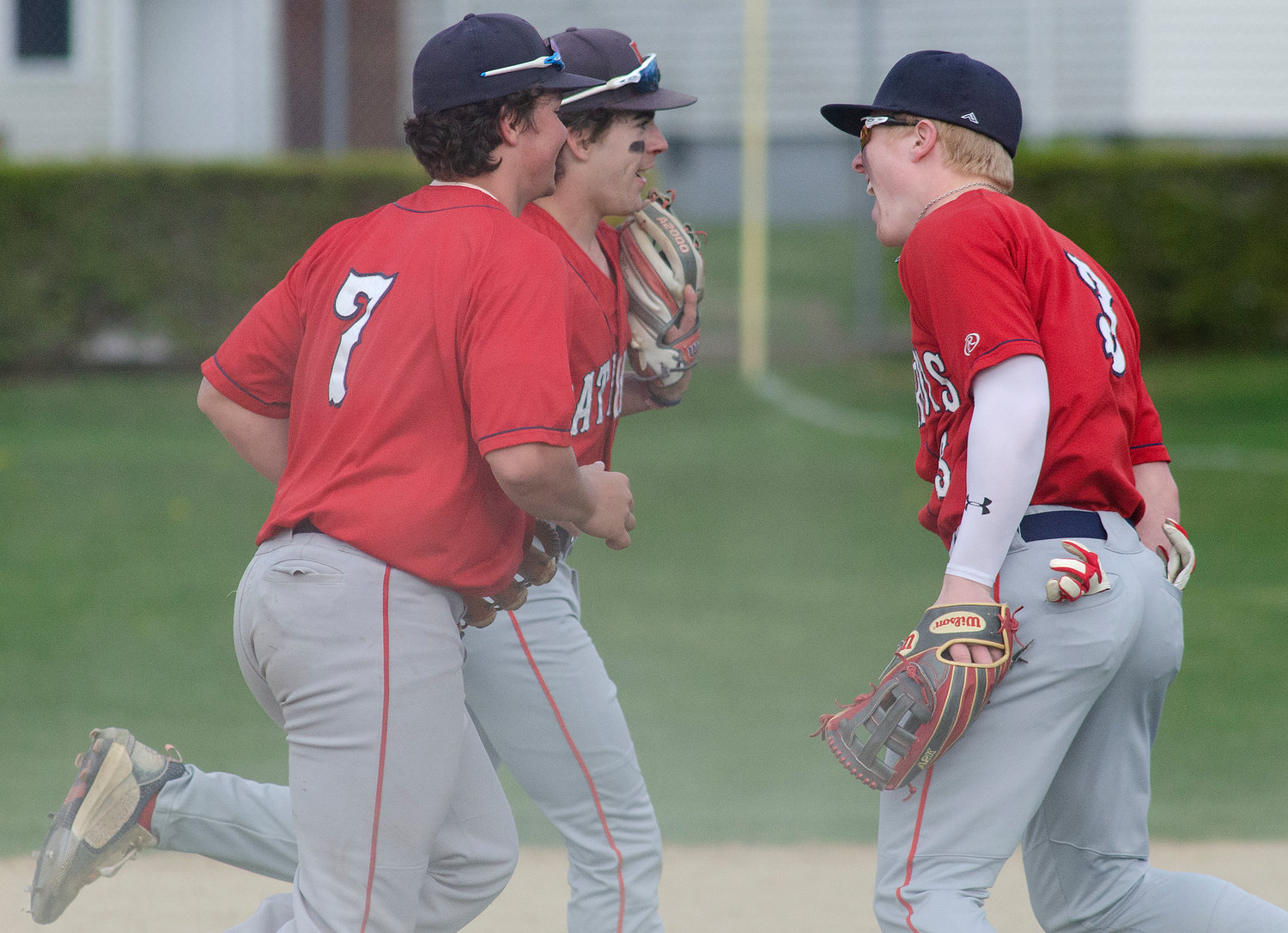 Gavin Bicho (right) celebrates with outfielders Shane Harvey (left) and Nick Spaner (middle) after they made big plays to get the Patriots out of an inning last week.
RICHARD W. DIONNE, JR. 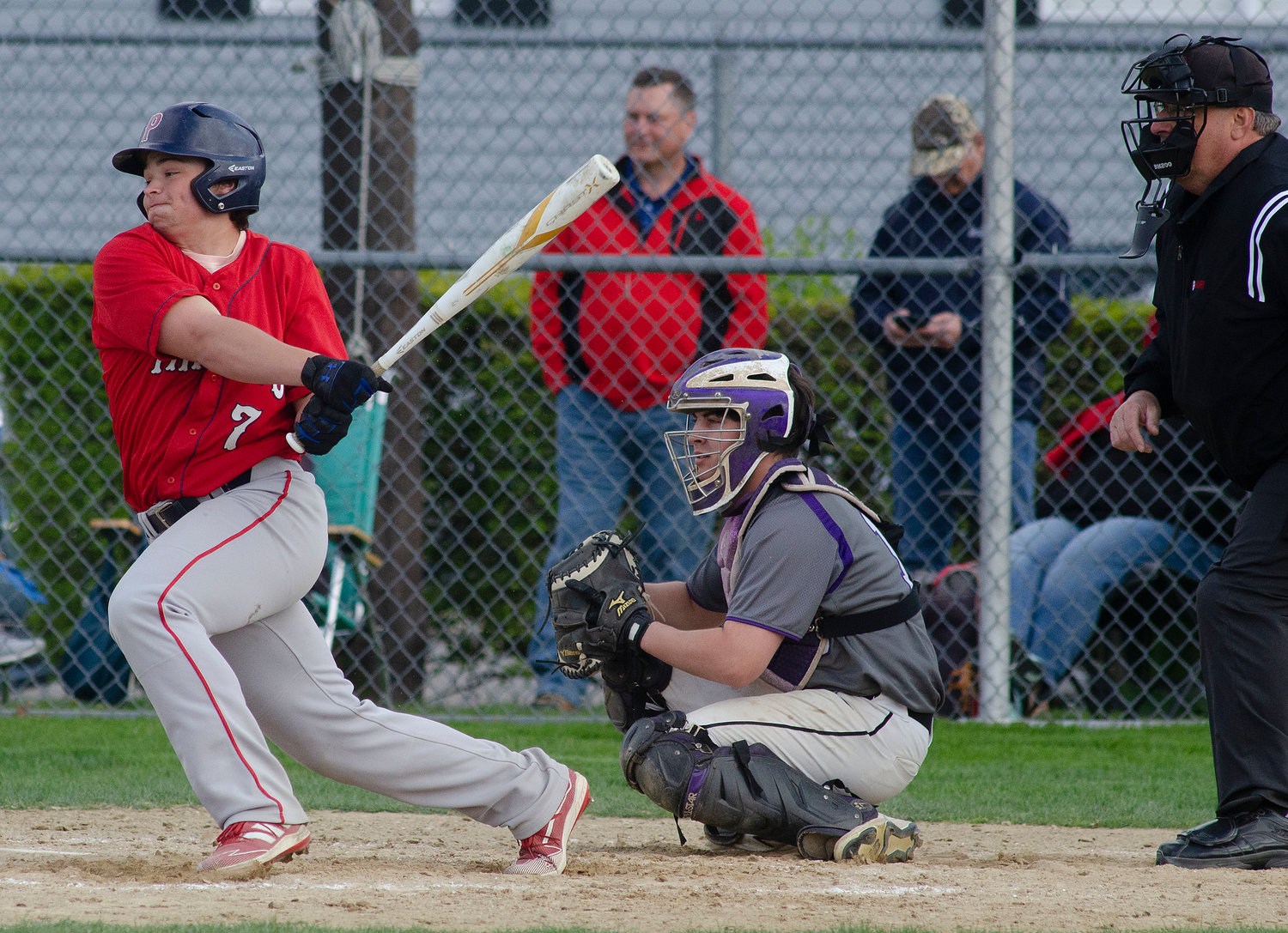 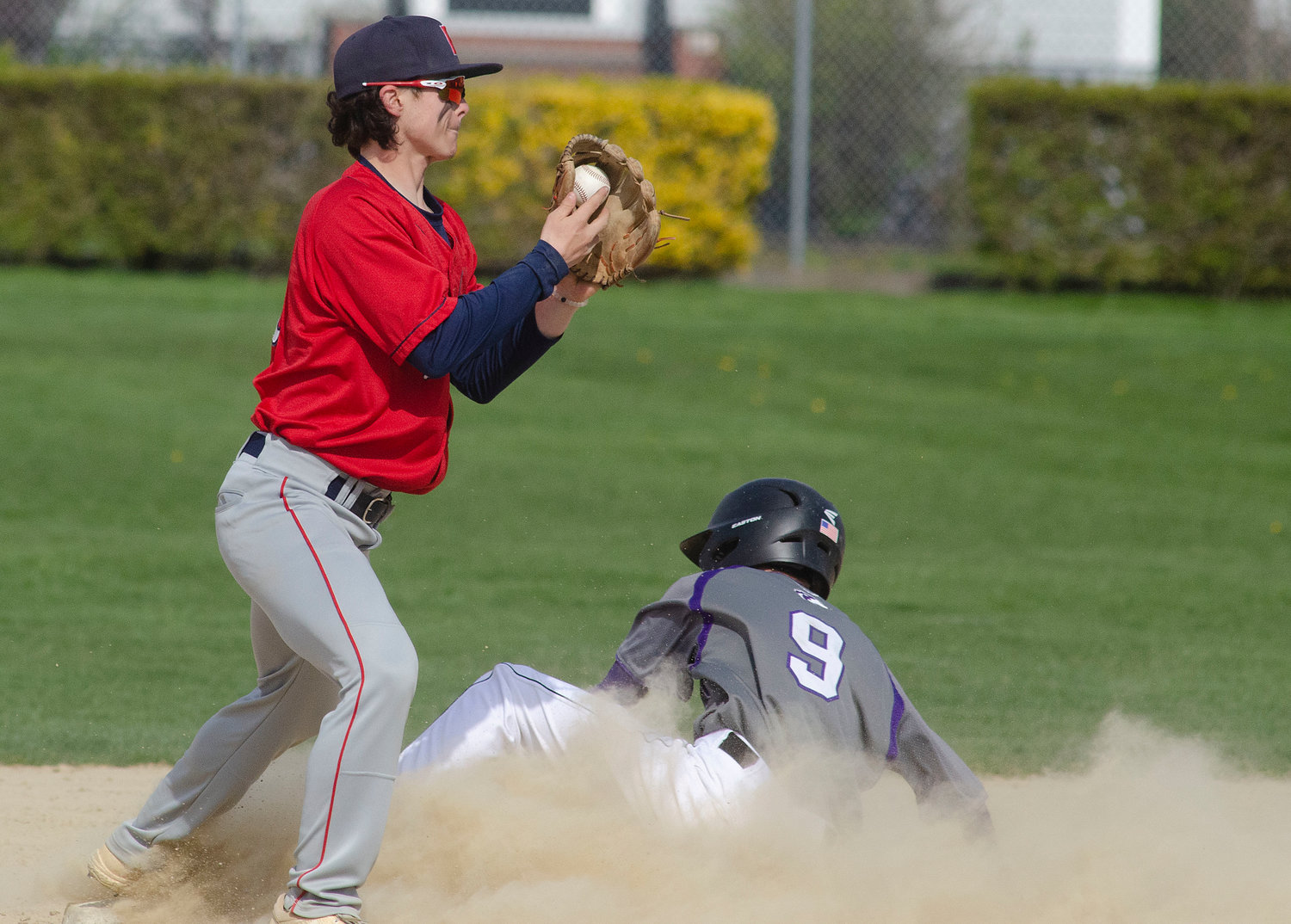 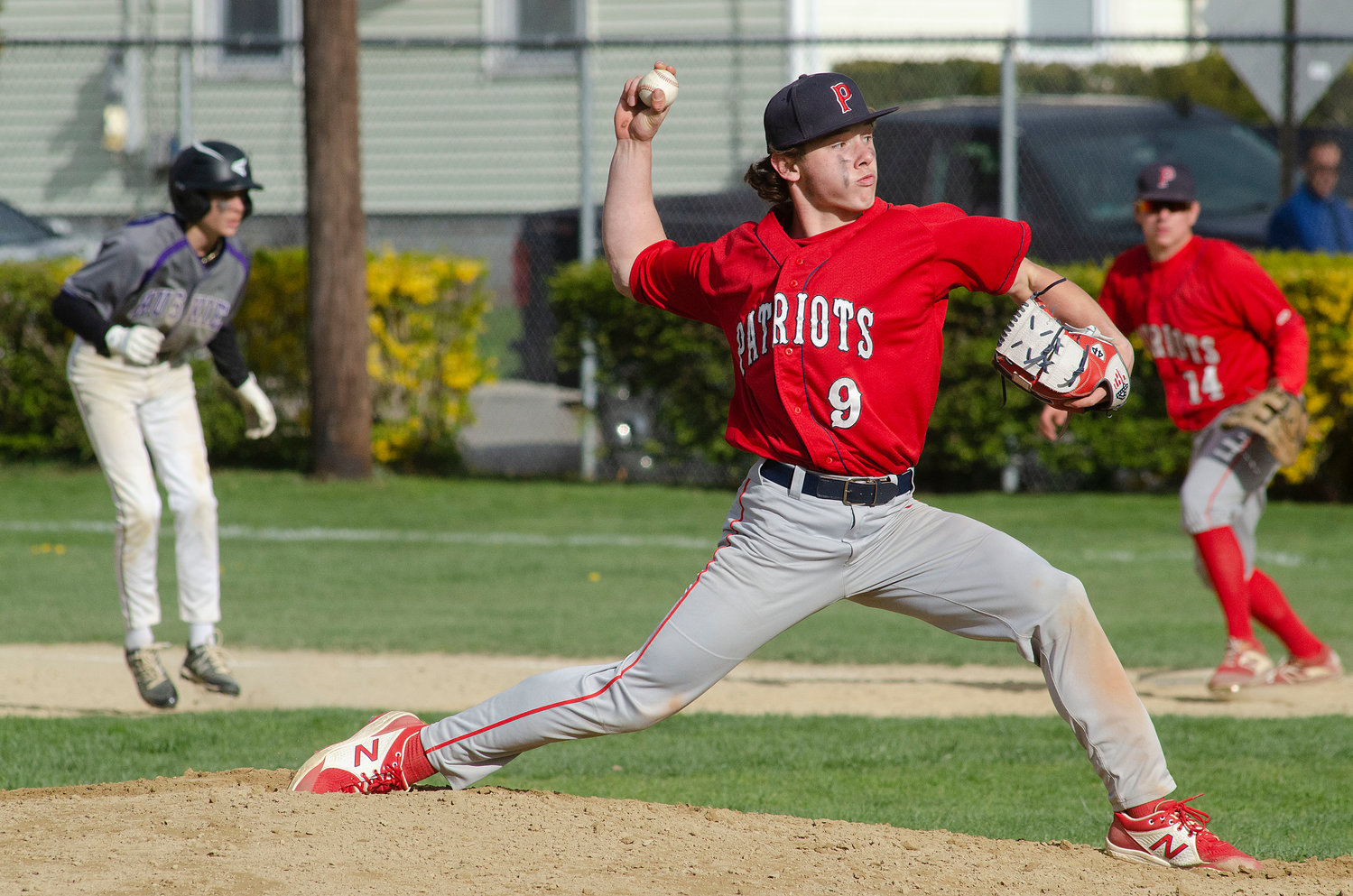 On Friday at Guiteras Field in Bristol, sophomore pitcher John Mass struck out 11 as the Patriots edged the Huskies, 1-0.

Mass was masterful with his fastball and curve. The righty faced just 25 batters and gave up only one hit in a seven-inning complete game effort.

Patriots’ left fielder Shane Harvey scored the game’s only run in the fourth inning. Harvey singled to start the inning, moved to second on a passed ball and came home on a single by Chris Chagnon.

Mt. Hope starter Brad Denson pitched himself out of jams early, before settling down. Denson struck out three batters and gave up five hits and one run in five innings of work. AJ Jones came on in the sixth inning and pitched two scoreless innings, striking out two, to give the Huskies a chance late in the game.

Mass closed the game out, however, striking Matt Gale and Denson with catcher Jack Standish on base.

The Patriots won in dramatic fashion on Monday, thanks to a walk-off single by Nick Spaner that toppled Mt. Hope at Portsmouth High.

Going into the bottom of the seventh inning, Portsmouth was trailing by four runs on its home field.

The base paths were crowded in this high-scoring game; Portsmouth collected eight hits and Mt. Hope had 12.

Chris Chagnon earned the win for Portsmouth. The pitcher went two innings, allowing one run on two hits, striking out one and walking zero. Jon Silveira threw two innings in relief out of the bullpen.

Brad Denson took the loss for Mt. Hope. The righty allowed one run on two hits and walked zero.

The Patriots were scheduled to play North Kingstown at home on Wednesday, May 4, before playing the same team on the road on Friday, May 6.

Warren PD: A DUI, orphaned skunks and the start of fireworks season