Mt. Hope High School junior Vic Bullard is joining the finest of the nation’s music students as one of only 15 Rhode Islanders chosen to participate in the National Association for Music … 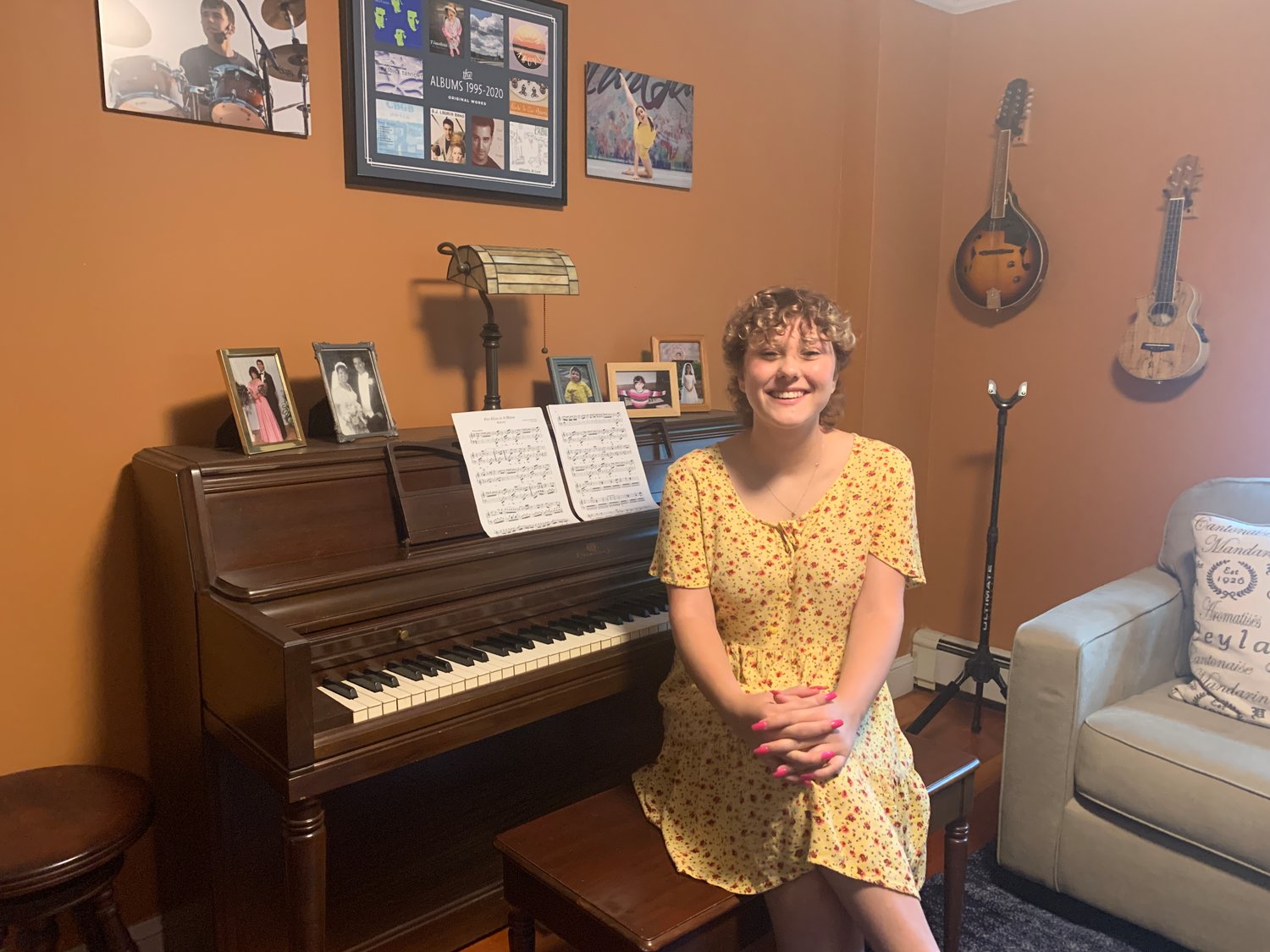 Vic Bullard has an array of musical talents, but singing carried them to an All-National vocal ensemble.
Katie Langley
Posted Thursday, August 11, 2022 10:00 am
By Katie Langley

Mt. Hope High School junior Vic Bullard is joining the finest of the nation’s music students as one of only 15 Rhode Islanders chosen to participate in the National Association for Music Education’s 2022 All-National Honors Ensembles.

Bullard will travel to the NAfME annual conference in the Washington, D.C. area in November, where they will rehearse with students from across the country and perform in a gala concert. Bullard has had a lifelong love for music, which really showed when they came into their fourth grade music enrichment class at Rockwell Elementary school asking to play a piece they had learned on the piano. Music teacher David Lauria said he expected the performance to be “adorable.” It was so much more.

“Vic sits down and starts playing this Sarah Bareilles song, note for note, singing accompaniment at the same time,” Lauria said. “I just had no words. I couldn’t believe it. I’m sitting there, like, ‘what is happening right now? This child is in fourth grade.’ ” Lauria said that was when he knew Bullard had a passion and future in music.

Today, Bullard is still heavily involved in the Bristol Warren music scene, participating in musical theater, vocal ensemble and the jazz choir, Jive. They’ve continued to sing and play the piano, and have recently learned the drums for Mt. Hope’s production of “School of Rock.”

Bullard’s artistry doesn’t stop after school; they are also a three-time All-State musician and participate in outside musical theater programs, even in the summer months.

“I’m in two musical productions right now,” Bullard said. “So I have a camp, (which is) intensive, all day. And then three days out of the week, I stay there for five more hours to do rehearsal for a different production, and this happens during the school year, too, because of homework and other extracurricular activities. I lose time to just sit down and play piano or just play the drums.”

But this commitment of time and effort to music is far from a sacrifice for Bullard. “It’s what I do,” Bullard said.

Lauria brought the idea of auditioning for All National to Bullard last school year. As an All-State performer, Bullard was qualified to audition for the national ensemble. “For the (All-National) chorus, there is a piece that had all the different vocal parts, and you learn it and sing it with your vocal part, and I really couldn’t find any recordings of the piece in the arrangement that was given,” Bullard said. “So I learned it, pretty much just on my piano, with some help from Mr. Lauria and my sister, and then I filmed the audition, just on a computer camera, and then sent it in.”

But it wasn’t that simple; Bullard said that along with lots of practice, they re-recorded their audition video more than 20 times. “I was really busy around March with my school play and everything,” Bullard said. “So I had to devote what little time I had to it. It was a lot of practicing, because the piece was harder with rhythms, so getting the rhythms right and making sure every note was perfect.” After a four-month waiting process, Bullard found out in July during a shift at work that their efforts were worth it: they had accepted.

“I opened (the acceptance email) and it was like, ‘Victor Bullard, congratulations,’” Bullard said. “And that’s all I read. I only read the head, like the subject line, and I ran over to my coworkers, and I was like, ‘you know that thing I told you about, I got in’ and they gave me a big hug, and were like, ‘go call your mom.’ So if I hadn’t been at work, like if I’d been at home, I definitely would have screamed.”

Bullard’s All-National performance will mark the first time in two years that the event will be held in person. After years of online singing, Bullard said that the togetherness of choruses is what makes them love it so much.

“I remember some of the first times when I was in middle school, and I heard our middle school choruses, all three grades sing together for the first time when we were practicing for a Christmas concert or something,” Bullard said. “I almost started crying because I was like, ‘wow, this is just so cool.’ So I’m really grateful that I’ve gotten to continue to do that, and I’ll get to do that with people from all around the country. That’s really exciting.”

Katie Langley is a student at Qunnipiac University and editor of her campus newspaper, doing a summer internship with East Bay Media Group.