Mt. Hope Masqueraders to present ‘School of Rock’ this weekend

The Masqueraders are bringing back their spring musical with “School of Rock”, Thursday through Saturday, May 5, 6, and 7 at 7 p.m., and Saturday, May 7 at 1 p.m., at the Mt. Hope Performing Arts Center, 199 Chestnut St., Bristol.

Mt. Hope Masqueraders to present ‘School of Rock’ this weekend 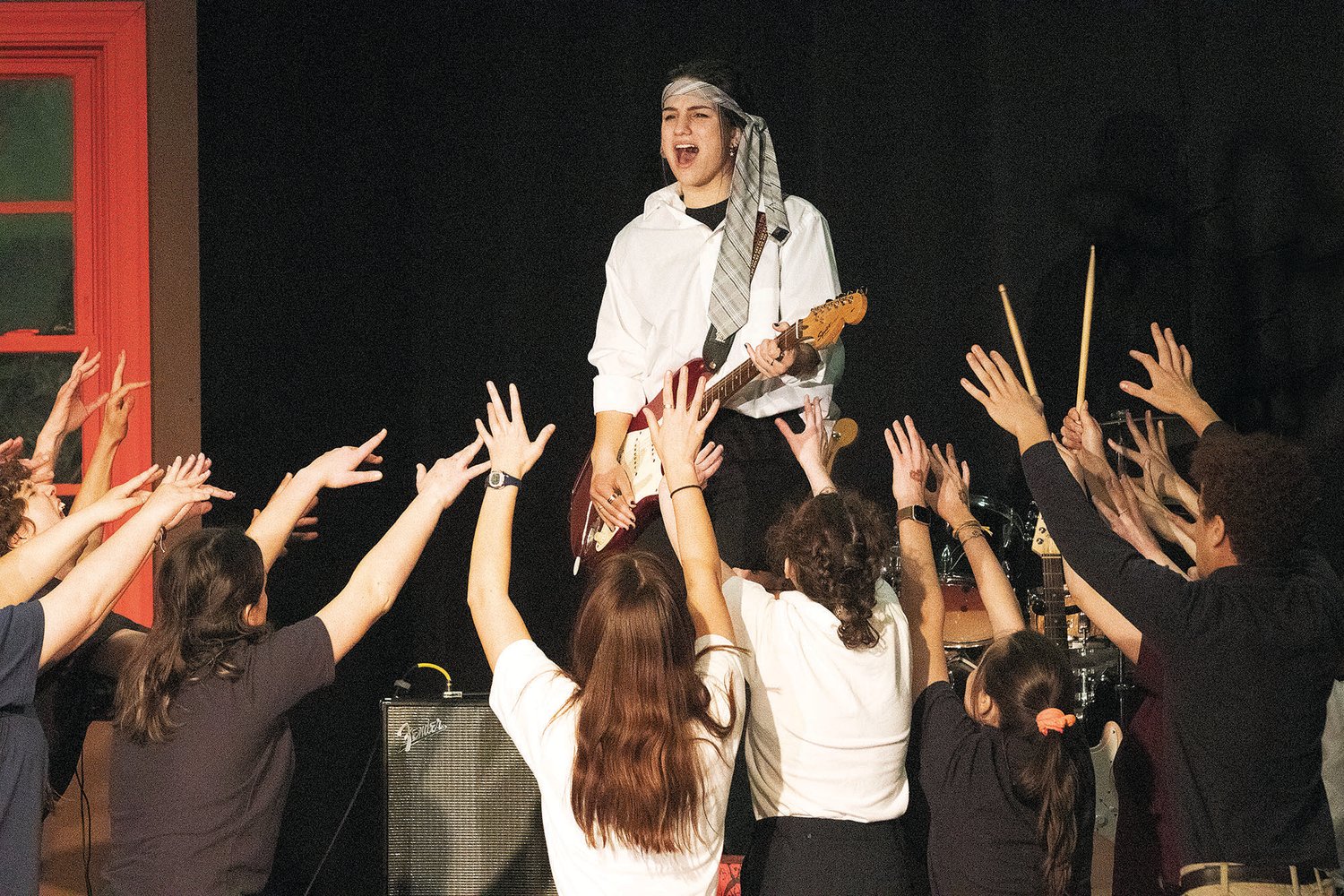 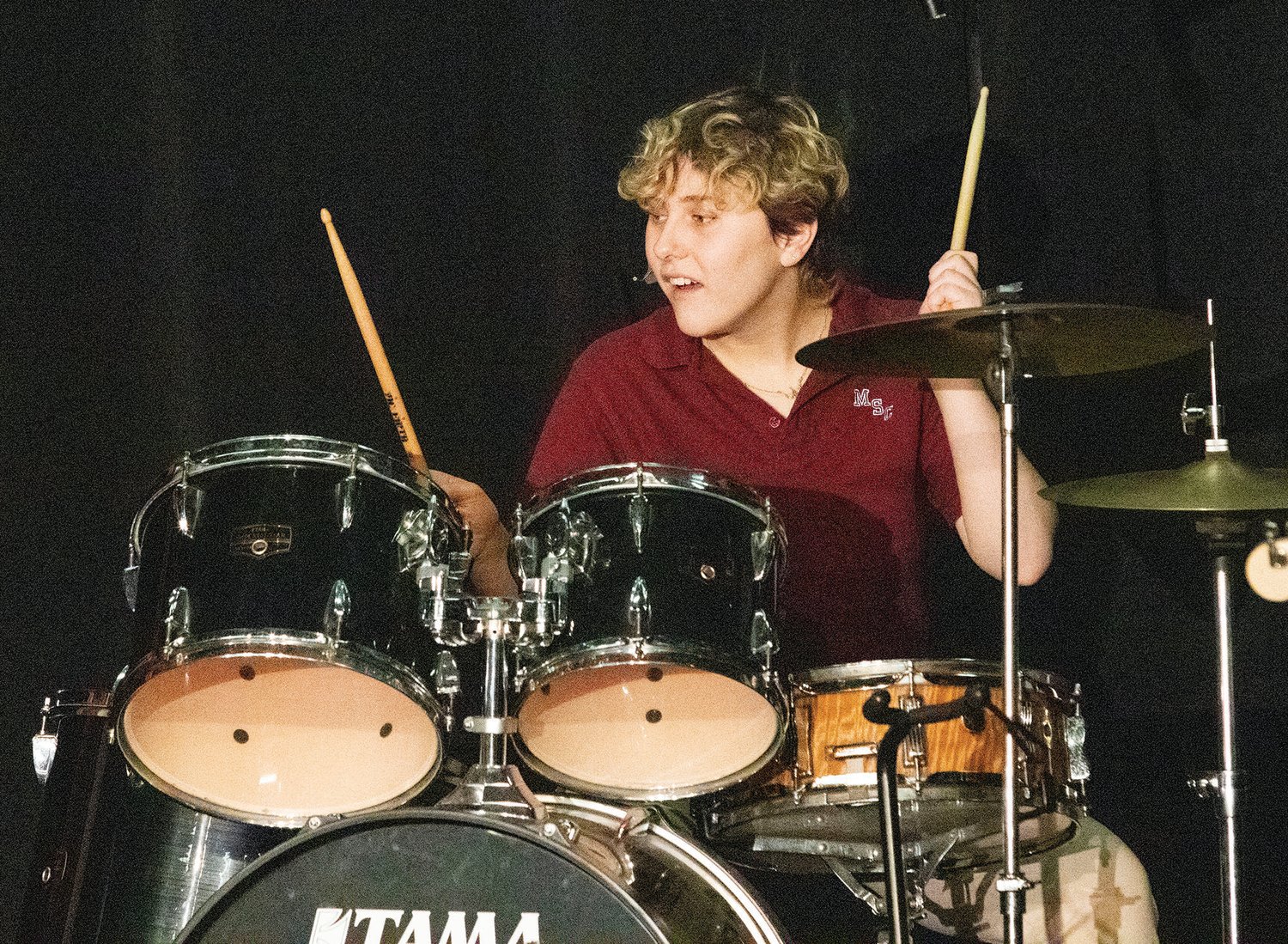 Vic Bullard only began learning to play the drums in February, and will belt them out during the show.
Richard W. Dionne Jr. 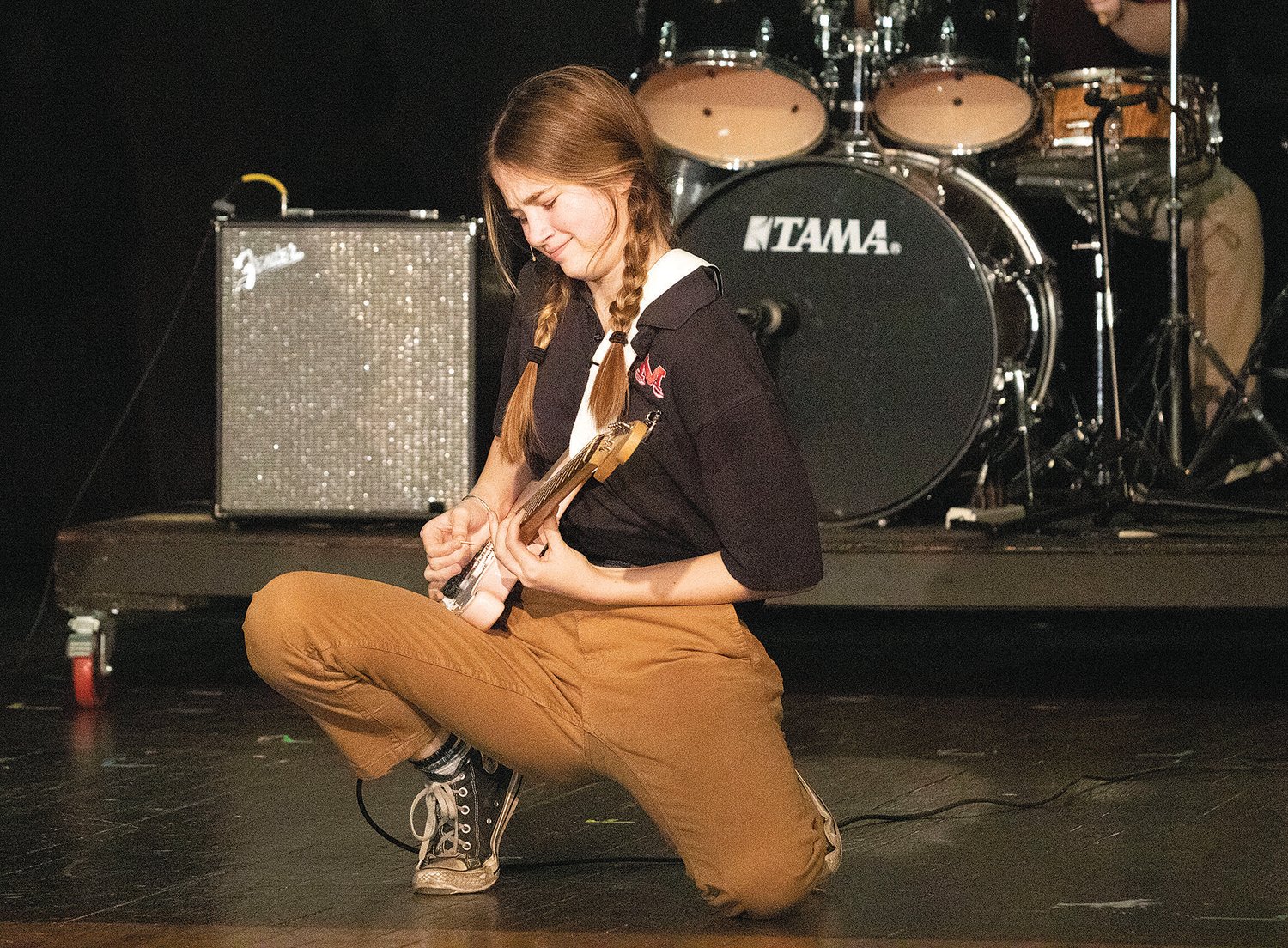 Not since “High School Musical” in May of 2019 has Mt. Hope High School been able to stage a proper spring musical, as was their tradition until 2020. That year, the production of “Legally Blonde” was rehearsed and ready to go until state regulations shut everything down in late March. Though the students that year shared some of their work via posted videos, the show did not go on.

Last year’s spring performance featured a live, masked and socially distanced reading of some Hitchcock plays. All good, but not a musical.
But this year, the Masqueraders are bringing back their spring musical and they are going big, with “School of Rock”, Thursday through Saturday, May 5, 6, and 7 at 7 p.m., and Saturday, May 7 at 1 p.m., at the Mt. Hope Performing Arts Center, 199 Chestnut St., Bristol.

Based on the Paramount movie, “School of Rock” is the story of slacker guitarist Dewey Finn who faces a mountain of debts and depression after getting kicked out of his band. Encouraged by his roommate and best friend, he takes a job as a substitute teacher at a private elementary school where he learns his students are talented young musicians, and he decides to form a rock band with them and enter a local band contest.

Lauria, who helped select the show during what has been a tumultuous year of cuts for the theater department, has high praise for the show’s director, Maron. “She’s been great, she’s stepped in and really stabilized the department,” he said.
“School of Rock” is unique in that students get to play together as a band onstage. Knowing that they had a group of students who would match these roles, and that they had good musicians as well, was the top factor in their decision to go with this show. That’s not to say that all the students cast were already accomplished musicians. Vic Bullard, who plays drums in the cast of the theatrical band, just started playing drums this February — but you’d never know it. According to Lauria, they are doing an incredible job.
From seniors like Sophia Ferolito and Emily Marino bringing energy to their leadership roles to underclassmen stepping up, “I’m in awe of these students and what they are bringing to this show,” said Lauria.
“We are thrilled to be putting on this show…It’s finally going to be like it ought to be.”