Muth joined Civil Air Patrol at 13 years old, has garnered many accolades since

Warren resident John C. Muth joined the Bristol County Composite Squadron of Civil Air Patrol in October of 1966 at the age of 13 years. John progressed through the cadet program, attending his first …

Muth joined Civil Air Patrol at 13 years old, has garnered many accolades since 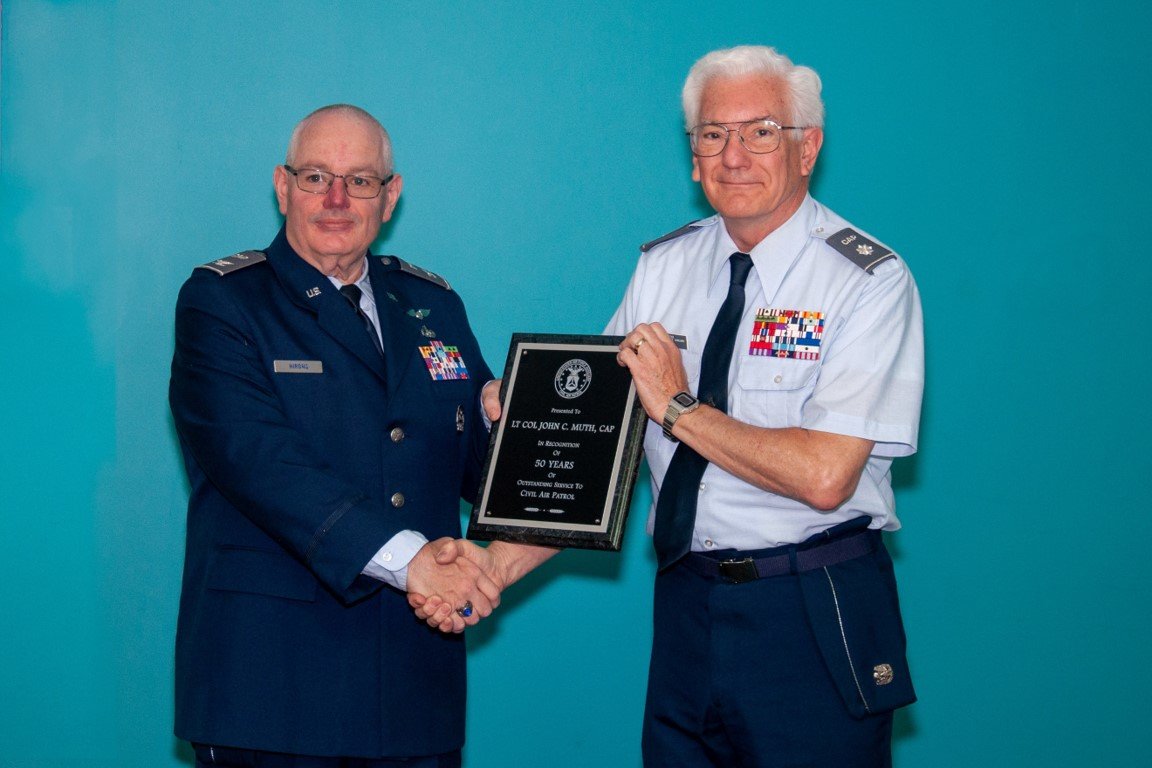 Warren resident John C. Muth joined the Bristol County Composite Squadron of Civil Air Patrol in October of 1966 at the age of 13 years. John progressed through the cadet program, attending his first encampment at Griffiths Air Force Base, New York, in August 1968 and achieved his Mitchell Award shortly afterward.

As a cadet, John participated in several special activities including the Flying Academy, at which he soloed, and the Spaceflight Orientation course at NASA’s Marshall Spaceflight Center, in Huntsville, Ala. He was a member of the Cadet Advisory Council, eventually holding the seat of Vice Chair. During his tenure as a cadet, he also received the NRA Distinguished Expert rating.

Later, as John became a Cadet Lt. Colonel, he participated in one of CAP’s most coveted special activities, the International Air Cadet Exchange, known to members as IACE and went to France. As part of his experience there, he was checked out to fly a Rallye aircraft, doing so from a small uncontrolled grass airstrip. One key bit of cautionary advice given to him was not to fly in a south-westerly direction. This would have sent him toward the Spanish border and Spain would not look kindly on the intrusion into their airspace. Needless to say, he returned without causing any international incidents.

John, having turned 21 years of age, became a senior member in October of 1974. During John’s career as a senior, he has served as Encampment Commander numerous times at both Pease Air Force Base, and Varnum. He also served as escort for the RI Wing Drill Team for nine years. He attended several of the National Congress on Aerospace Education sessions. He has also served as Ground Team member on countless ES activities and on a few occasions as Mission Observer. During that time, he was credited with a Find. He also served as operator of the net for many years. He was a squadron commander for over 10 years and has served at the wing level as both Director of Cadet Programs and Inspector General.

John has, through CAP, formed many relationships over his many years of service, not the least of which is his relationship with his wife Cheryl. They met when she joined the Bristol County Composite Squadron in the 1980s. Their wedding was attended by many CAP members, including the cadets from the Wing Drill Team. They just celebrated their anniversary a few weeks ago.

John has always been ready to assist when and where he can. John is able to maintain composure in stressful situations and is skillful at sizing up a situation and formulating solutions. John is the epitome of the humble leader who never seeks personal glory. So, I would not be surprised if this brief biography and this ceremony may feel a little uncomfortable to him.