Ultimately, DiBiase’s contract for her new position was approved by most of the Bristol Warren School Committee, with Victor Cabral the lone dissenting vote. 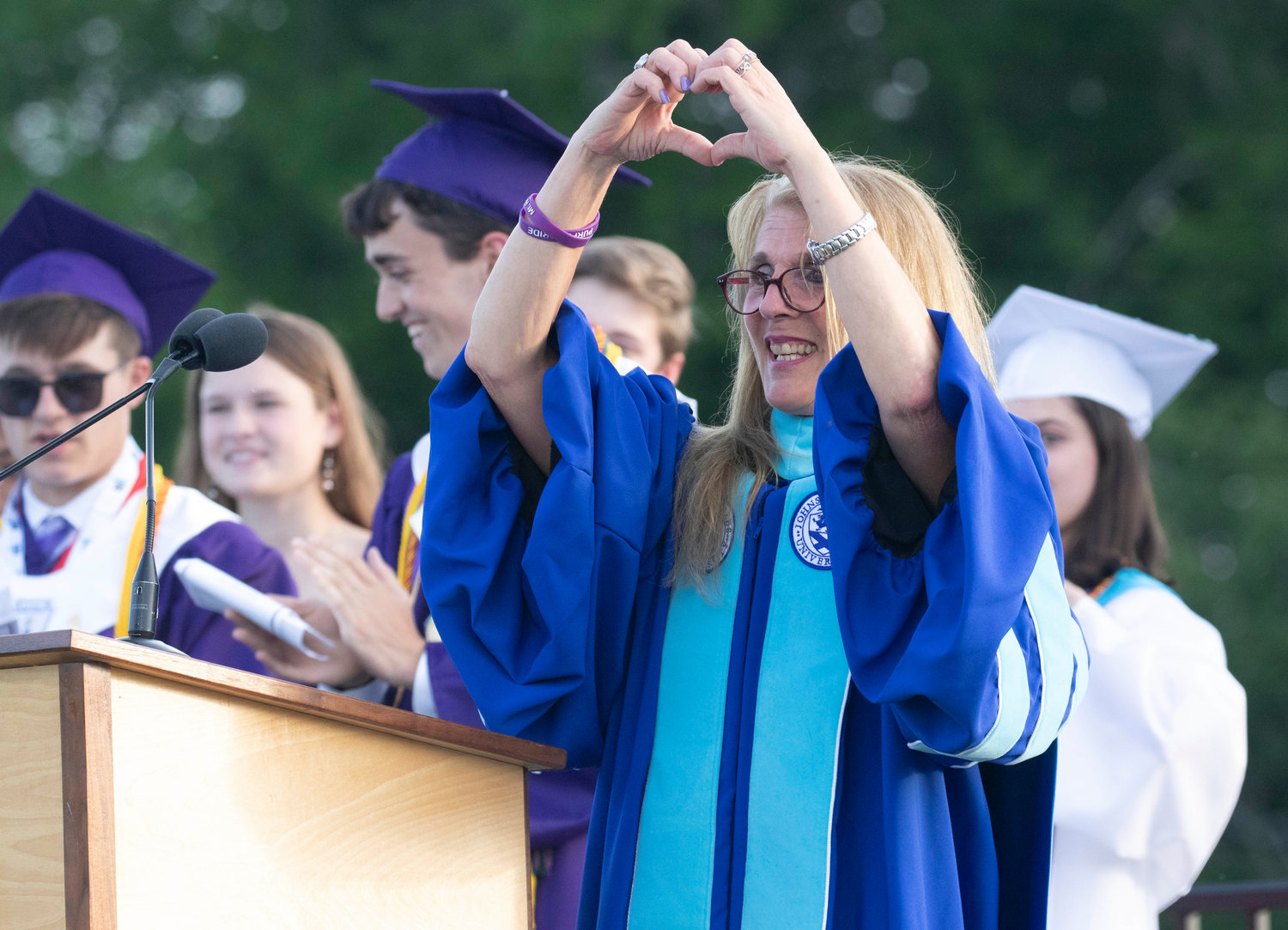 This time last week, Monday night’s school committee was expected to be standing-room only, with supporters of former Mt. Hope High School principal Deb DiBiase planning to fill the high school cafeteria in a show of support for the much-loved educator. But news from DiBiase released last Wednesday morning, announcing that she would be accepting a director-level position within the Bristol Warren Regional School District, changed all that.

In the end, one person spoke up in support of DiBiase. Nina Murphy of Bristol, parent of one graduate and one current Mt. Hope student, took the opportunity to thank the members of the community who rallied to support DiBiase in the month since it was announced that a divided committee was unlikely to renew her contract, despite the recommendation of Superintendent Ana Riley.

“If you stay silent and don’t speak out, you are equally complicit with the actions of the persecutors,” said Murphy. “I want to say today to the many citizens from the Bristol Warren community, who did not remain silent and publicly supported Mt. Hope High School principal Dr. Deborah DiBiase, Thank you.”

Murphy thanked students who organized rallies and initiated a petition drive, as well as community members who requested lawn signs and called to offer their support.

“The outcome is not what we had wanted, however while some members of the school committee have achieved their goal by removing Dr. D from the building, they were not successful in removing her from our district because of this public support. As a result, many families will benefit from Dr. D’s expertise, guidance, and dedication to Bristol Warren students in the years to come.”

Like Murphy, Bristol resident Peter Hewett appeared to find the reassignment of DiBiase disappointing, but for different reasons.

“I am aware of solid support (for DiBiase),” he said. “The common denominator of those comments seem to be to be that DiBiase is a cheerleader, well-liked if not beloved by students and parents. What I found the most noteworthy and lacking, however, is that no one ever raised a concern about … achievement results, something far more important than likes or dislikes."

In light of the new position DiBiase will be occupying, Hewett said a different set of issues and concerns need to be addressed.

“Is this a brand new administrative position that was created? Is it necessary? Is DiBiase the best qualified to fill this position? Was the position advertised or should it have been advertised? How much will the creation of this position cost? I believe it would be a good thing if someone in authority would address these questions and provide answers to the taxpaying public."

When it came time to vote on the slate of administrative positions, Committee member Erin Schofield asked to have the Director of Multi-Tiered Systems of Support position addressed separately, which allowed Assistant Superintendent Diane Sanna the opportunity to confirm that the position has been in the works for over a year, was advertised over a month ago, and several candidates were considered before the district chose to hire from within. Ultimately DiBiase’s contract for her new position was approved by most, with Victor Cabral the lone dissenting vote.

Thanks for the support
Dr. DiBiase announced her move to the district office with an email to the high school community last week. In it she wrote: “Your confidence and belief in me has encouraged me to keep moving forward. From the bottom of my heart, I thank you … My hope is that as I take on this new endeavor I will be able to make a difference in achieving our vision of strengthening all schools while providing students personalized support and meaningful learning experiences in a safe, nurturing environment.

“I am extremely proud of all we have achieved at Mt. Hope High School over the past eight years,” she concluded. “I’m grateful to have had the opportunity to work alongside our amazing students, staff, families and community. The work continues and I look forward to our ongoing partnership. Although one chapter is closed, I am excited to begin a new journey alongside such a wonderful community!”