Drew Nederpelt, a survivor at Ground Zero during the 9/11 terrorist attacks, is putting together an exhibit in Warren to commemorate the 20th anniversary. 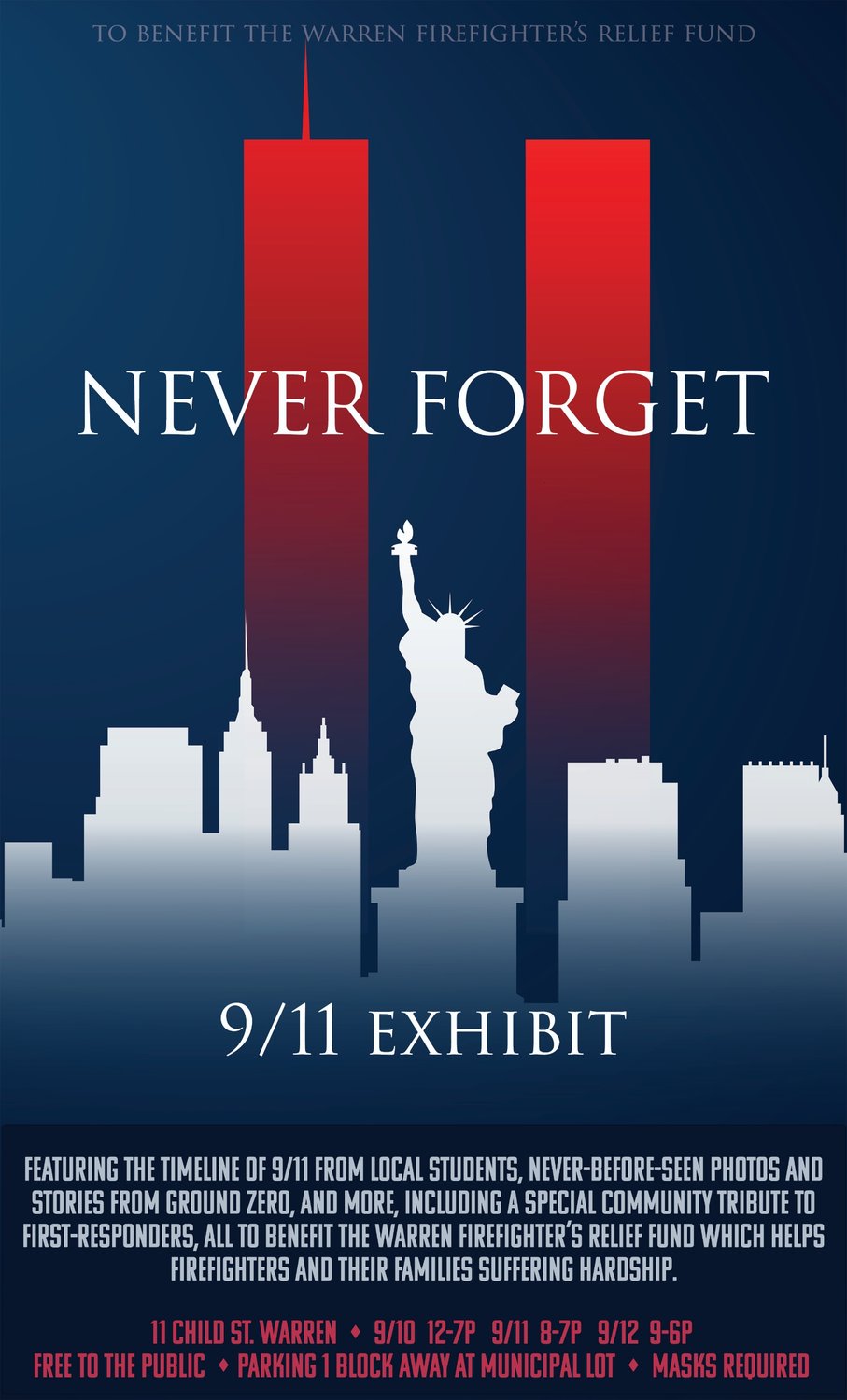 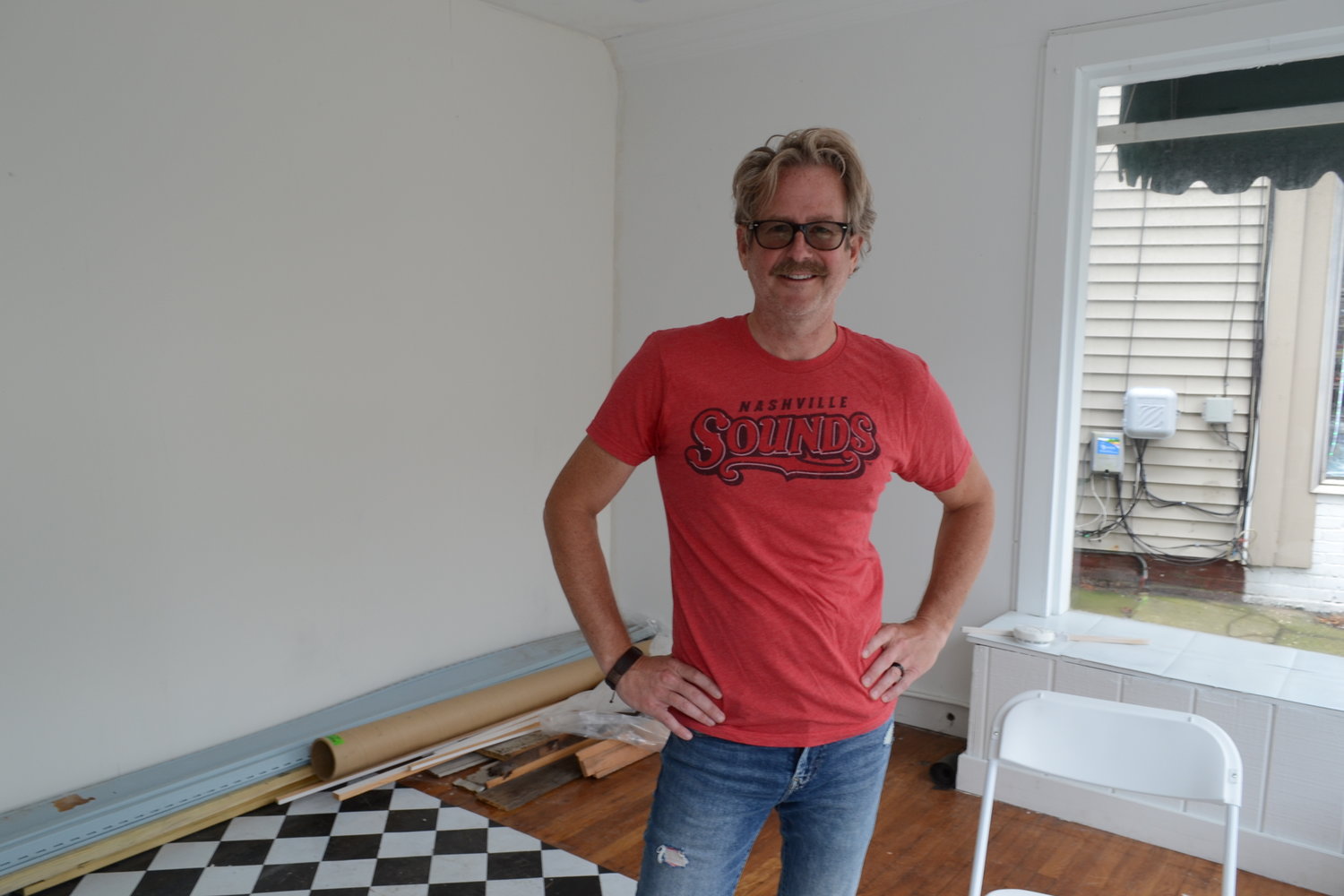 Drew Nederpelt was just three blocks from the North Tower when it collapsed on Sept. 11, 2001.
Photo by Ethan Hartley
Previous Next
Posted Tuesday, September 7, 2021 2:32 pm
By Ethan Hartley

Drew Nederpelt choked for air through the apocalyptic cloud of darkness that engulfed him. He kicked furiously at the glass paneling surrounding a heavy entrance door of an apartment building located three blocks from the North Tower of the World Trade Center — moments after it had collapsed following the direct strike from American Airlines Flight 11 on Sept. 11, 2001.

“I’m not just going to sit here and die in some dingy doorway,” he reminisces in a passage from Damon DiMarco’s “Tower Stories: An Oral History of 9/11,” that chronicles his experience on that infamous Tuesday morning that forever changed the world.

A new member of the Warren Volunteer Fire Department, Mr. Nederpelt secured permission from property owner Hirum Jamiel to transform the empty storefront into a temporary exhibit, where photos from the day will be on display, and stories from survivors will be told. Copies of “Tower Stories” will be for sale, as will other various commemorative merchandise. One hundred percent of the proceeds will go to the Warren Firefighters Relief Fund, which supports families of firefighters who have fallen on hard times.

“It means a lot to me, that day in infamy. I wanted to do something to recognize it on behalf of the firefighters and the local firefighters, community firefighters,” Mr. Nederpelt said.

As part of the display, Mr. Nederpelt enlisted the help of Warren Fire Department Captain Christopher Stanley, a teacher at Ponaganset High School who recently received national recognition for bringing a comprehensive 9/11 remembrance event to the school earlier this year, including visits from New York firefighters who responded to Ground Zero. As part of that project, students constructed an illustrative timeline of events of the day, which will be on display at the exhibit. As an additional touch, the address at 11 Child Street will be changed to “9/11 Child Street” for the three days the exhibit is open.

“I think it truly gets to the heart as to what we need to do as a nation to heal and remember,” Mr. Stanley said of the students’ work. “It’s a valuable learning tool and a good way to help us remember and reach out to an entire generation of individuals who weren’t born yet.”

For survivors like Mr. Nederpelt, and for the many millions of other Americans who were directly or indirectly affected by the terrorist attacks, the upcoming 20th anniversary of 9/11 undoubtedly conjures a variety of feelings. The trauma of the day, in some ways, will never fully heal, just as the importance of remembering and honoring the victims — and pledging to never forget their tragic fates — never fades.

“We say ‘never forget,’ and then we forget. I was just someone who witnessed the bravery and heroics going on all around me and for weeks thereafter,” Mr. Nederpelt said. “I felt it was too important, to me personally, to let this 20-year anniversary pass without some recognition not only of the day, but also of the great service these responders provide.”