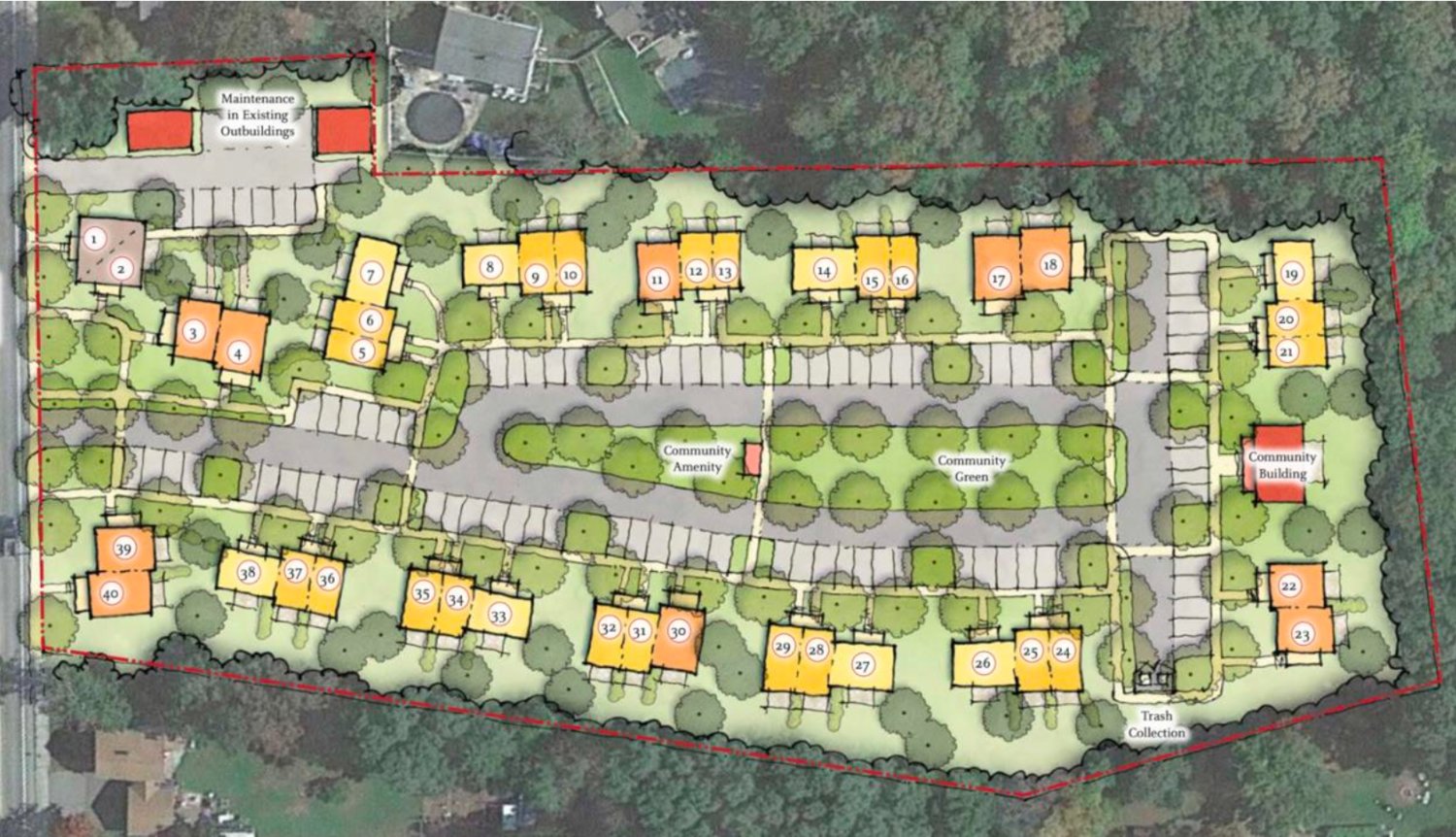 A plan diagram shows how two parcels amounting to around 4.5-acres at 581 Child St. would be divvied up to create 40 units of housing, which would be listed at 60 percent of the area median income (AMI). The town’s approval process will begin in the spring.
Posted Thursday, November 24, 2022 8:00 am
By Ethan Hartley

The East Bay Community Development Corporation recently announced their acquisition of a 4.5-acre parcel located at 581 Child St. in Warren — in close proximity to Kickemuit Middle School — where they intend to construct 40 units of rental housing split among more than a dozen multi-family style houses.

“We are so excited to continue to create safe, affordable homes for residents of Warren. We thank RI Housing and the Town of Warren for their assistance and faith in our plans,” said Diane Mederos, Executive Director at East Bay Community Development Corporation in a press release announcing the project.

The development, named “Penny Lane,” after the existing property owner of the parcel, will include multiple one-, two-, and three-bedroom apartments for residents earning up to 60 percent of the area median income (AMI). It is being applied through a comprehensive permit application, which residents might be familiar with as the application type being utilized by the developer of the 119 Water St. project, which is currently undergoing negotiations with the planning board.

While Town Planner Bob Rulli said that the East Bay Community Development Corporation has been good to work with thus far, he was looking forward to the approval process, which is expected not to begin until this upcoming spring. The developer hopes that the project will be complete and ready for occupancy some time in 2025.