The union that represents Tiverton’s firefighters is suing the town, claiming it violated Rhode Island law in calculating overtime pay for its members. 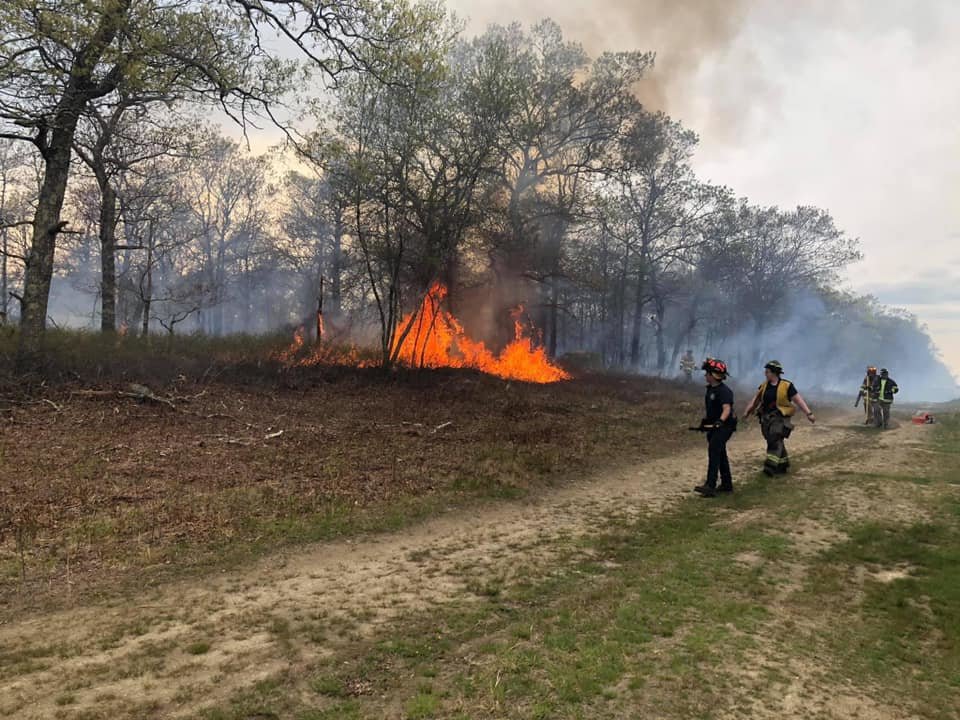 The union that represents Tiverton’s firefighters is suing the town, claiming it violated Rhode Island law in calculating overtime pay for its members.

Documents relating to the lawsuit were included in the Tiverton Town Council’s backup material for its Sept. 28 meeting. Councilors’ discussion on the issue was limited to an acknowledgment of an email received from labor attorney Timothy Cavazza, who forwarded the court filing to the town.

The filing asks that the court declare that the provisions regarding payment of overtime in the expired collective bargaining agreement, as well as the actions of the Town of Tiverton, are a violation of state law and that the court grant relief “as may be deemed appropriate.”

The lawsuit focuses on payment of overtime as outlined in the firefighters’ two most recent contracts. A one-year contract, effective July 1, 2018 – June 30, 2019, stated that overtime would be paid to firefighters who worked in excess of 56 hours in an average work week.

When that contract expired, a new three-year contract with more liberal payroll guidelines was approved. Effective July 1, 2019 – June 30, 2022, it called for overtime to be paid once firefighters worked in excess of 48 hours.

These policies were impacted by a new state law passed in May 2019 that said firefighters statewide must be paid overtime after exceeding an average of 42 hours per workweek.

The legislation was adopted despite the protests of some municipal officials who worried about the added burden it would place on taxpayers. They argued the existing higher overtime thresholds for firefighters conformed to federal law and were justified because of fire departments’ complex staffing schedules.

The new law was to become effective for individual municipalities once their “current” union contracts came up for renewal. In Tiverton, firefighters continued to be paid overtime under existing (48-hour) guidelines, since their three-year contract would not expire until June 30, 2022.

The union’s lawsuit contends the payment calculation based on that date was wrong, since the legislation was enacted “on or about May 14, 2019” and was to be effective immediately.

The lawsuit also refers to an article in the collective bargaining agreement that says that any provisions that conflict with “any law of the State of Rhode Island or the Town of Tiverton shall be deemed void.”

The firefighters’ lawsuit represents an additional headache for town officials who have been grappling with stalled contract negotiations with another bargaining unit — Teamsters’ Local Union No. 251 — due to a lingering dispute regarding the town’s desire to have a full accounting of the cost of union members’ insurance benefits.

The Teamsters’ most recent three-year collective bargaining agreement expired June 30, 2022. It includes a provision for a “Health Services and Insurance Plan,” provided by the union and funded through contributions by the town and Teamster-represented employees. Through the plan, union members receive benefits including health, dental, and life insurance.

At the Sept. 28 meeting, Council President Denise deMedeiros described the current stalemate, saying the union is not willing to provide specific cost information that the town has been requesting since July.

“Those of us on the negotiating team feel if the town and taxpayers are paying for this, we should know what we are getting, and we are not receiving the proper information.”

Town Administrator Chris Cotta said the town is seeking to analyze components of the plan and do an “apples-to-apples” comparison of plan costs. The union, he said, has not been forthcoming with the information.

A letter to the town from union representatives said the fund is “not in possession of any information related to specific cost breakdowns” and “will provide to the Town only such plan information that it typically provides to other contributing employers.”